I’m back from the Helmsdale field course, so here are a few photos from the Thursday and Friday.

We went to Lothbeg Point on Thursday morning.

The river was much higher than last time I was here, so I didn’t attempt to cross it to view the outcrop from the far bank. It is not immediately obvious that the rock here is chock-full of fossils, but if you peel apart the layers in the bits that have fallen off the cliff, you are hard-put to find a bit that does not contain flattened ammonites. I and the other teaching staff collected a small selection while the students were sketching and recording the exposed rock. 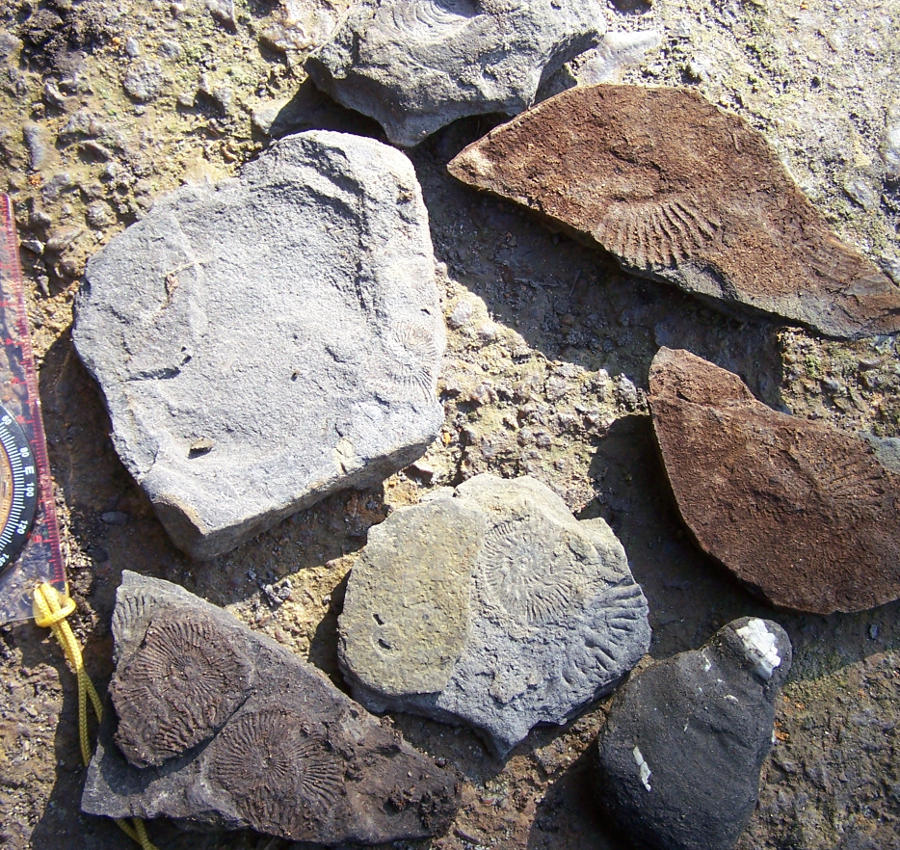 There are a few bivalves as well (that is one, right at the top of the picture), as well as odd bits of shell. Sadly, I did not find any more bits of shark.

In the afternoon, we did the long walk along the beach from Helmsdale to Navidale to see the Helmsdale boulder beds. 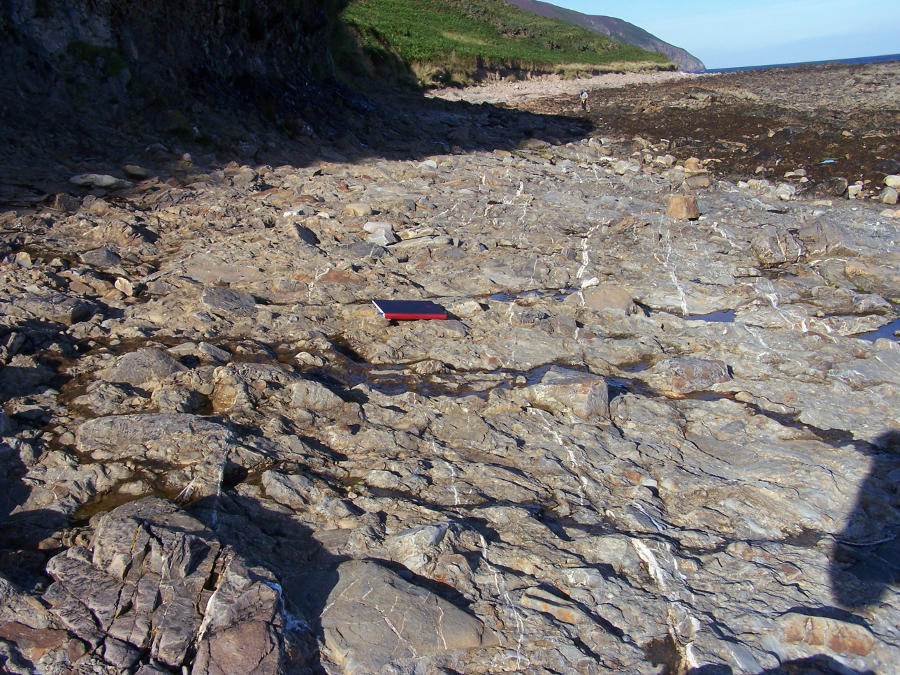 The rock is a breccia containing clasts of rock of all sizes from millimetres to several metres across. There are even one or two clasts that are tens of metres in size. It is hard to capture in a photograph how dramatic this rock is as the clasts are all the about the same grey colour. I took this picture late in the afternoon when the students were on the way back to the hotel; the angle of the sunlight helps a little bit to pick out the structure of the rock.

Where the rock in this area is not an actual boulder bed, it is soft grey siltstones like the ones at Lothbeg. But they are not stuffed with ammonites in the same way. I think I managed to find one bit of ammonite that was identifiable as such by an uninformed amateur like me. I did find a lot of tiny bits of what looks like ground up shell, including a little bit with five-fold symmetry; presumably part of a crinoid or some other relative of sea-urchins. 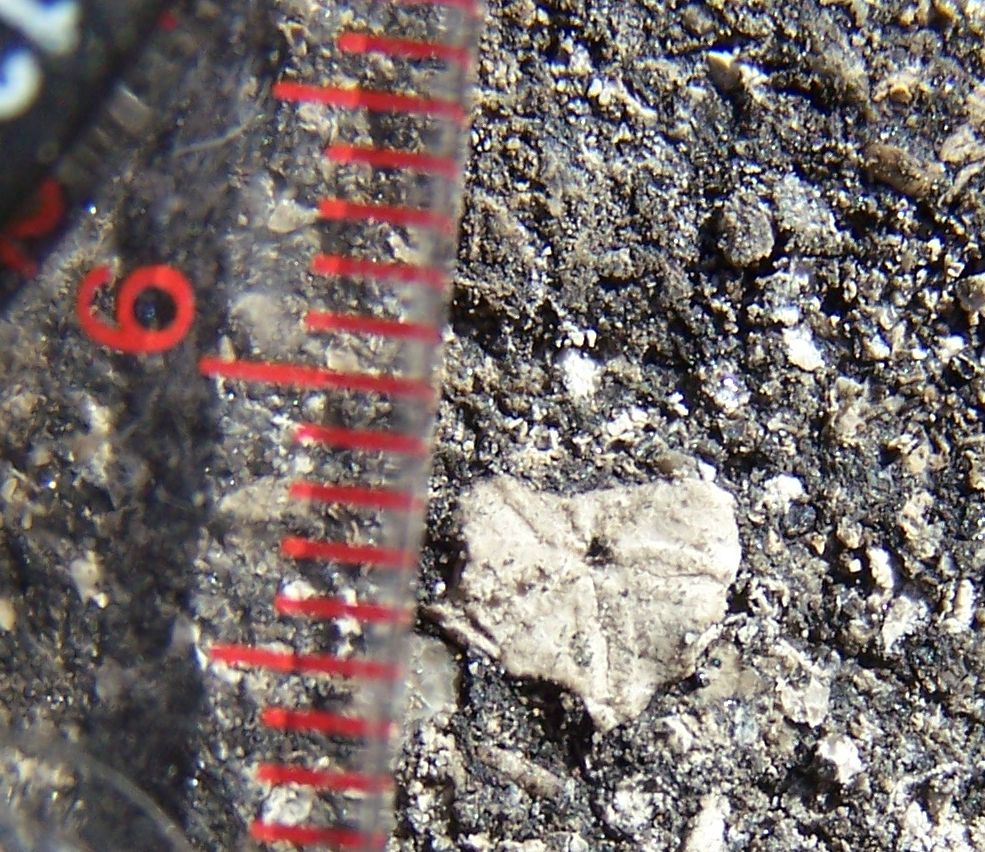 We had two brief stops on the Friday morning before the long ride home. Both were to look at sandstone exposures from the early part of the Jurassic outcrop: Brora river:

I have shown a picture of the exposure at Strathsteven in an earlier post. On this visit, the main item of interest was the group of seals on the beach. We managed to avoid startling them so they didn’t feel compelled to retreat into the water.

A spendid trip; hopefully I can find a reason to go next year.

Back to the far North: Part III / Hugh's Geophysical Blog by blogadmin is licensed under a Creative Commons Attribution CC BY 3.0