The Helmsdale field course continues, following yesterday’s stops to look at the Permian/Triassic sandstones to the south of the Moray Firth. We started today by visiting Ousdale quarry to look at the Devonian sediments. The weather was not auspicious: the cloudbase was lower than the quarry. 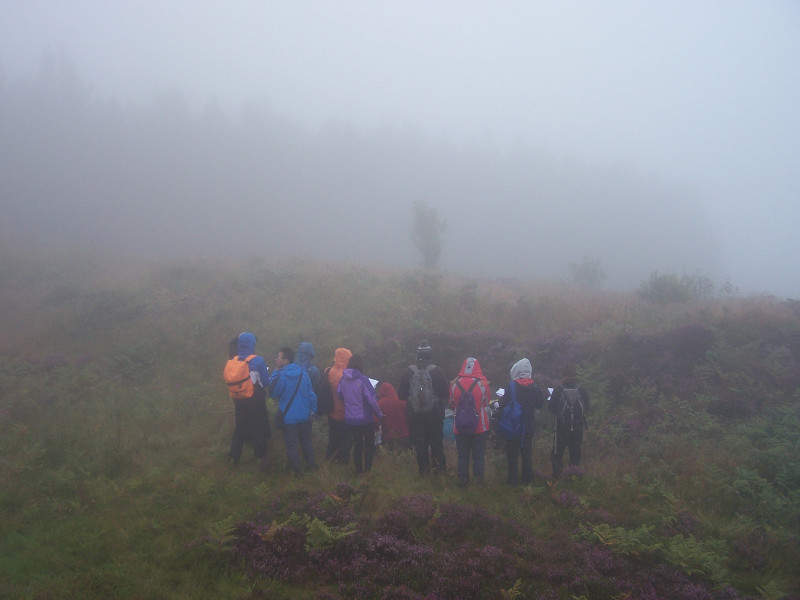 This meant that the vegetation was very wet. So the spider’s webs looked very artistic … 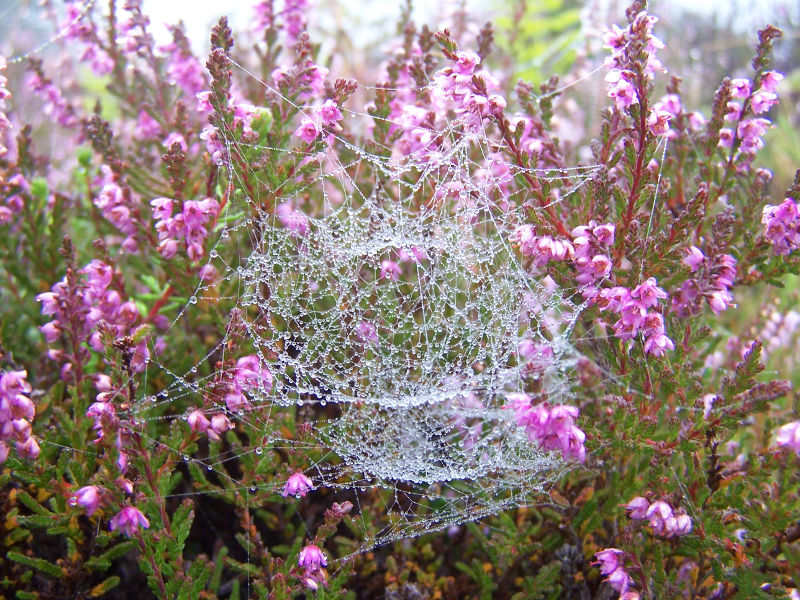 … but our trousers were soon saturated. (I was very glad I was wearing proper walking trousers rather than jeans; they dried out an hour or two later.) What you can’t see in the pictures is that the wind speed was close to zero and the midge concentration was infuriating. We were all quite glad to get back on the bus.

After lunch, the weather decided to perk up, just as we were walking out from Brora to Ardassie point. 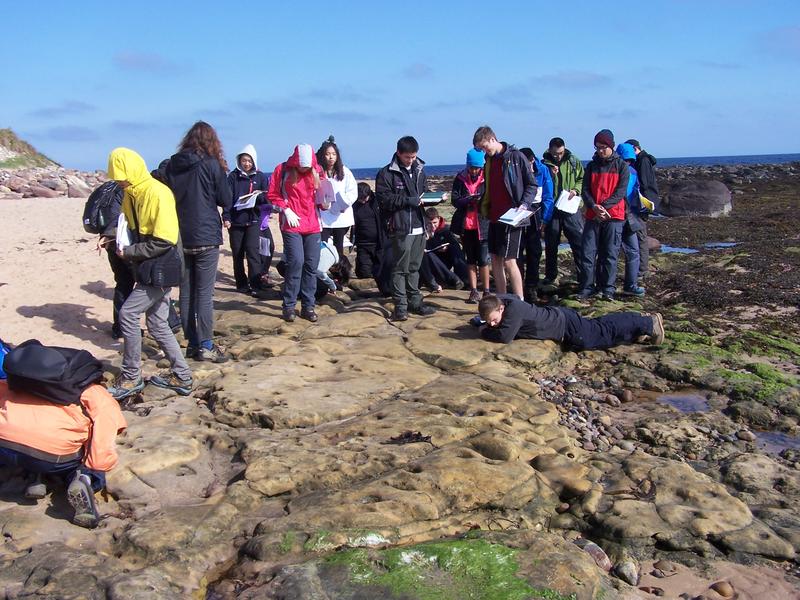 This bit of the Brora sandstone was exposed OK, but the bit of the Ardassie limestone a few metres behind the students was much more covered with sand than on previous visits. (Any neighbours from Dunbar reading this are probably thinking “Oh, so that is where all the sand went.”)  Still, there was enough of the rock showing for us to demonstrate that it contained calcium carbonate and many fossils.

The last stop was a spot I had not been to before. The place we used to use to tell the same part of the story is now the wrong side of a closed level crossing and is a bit hard to access. The new spot does the required job; it has alternating bands of sandstone and a much finer sediment with clear black and grey laminations. 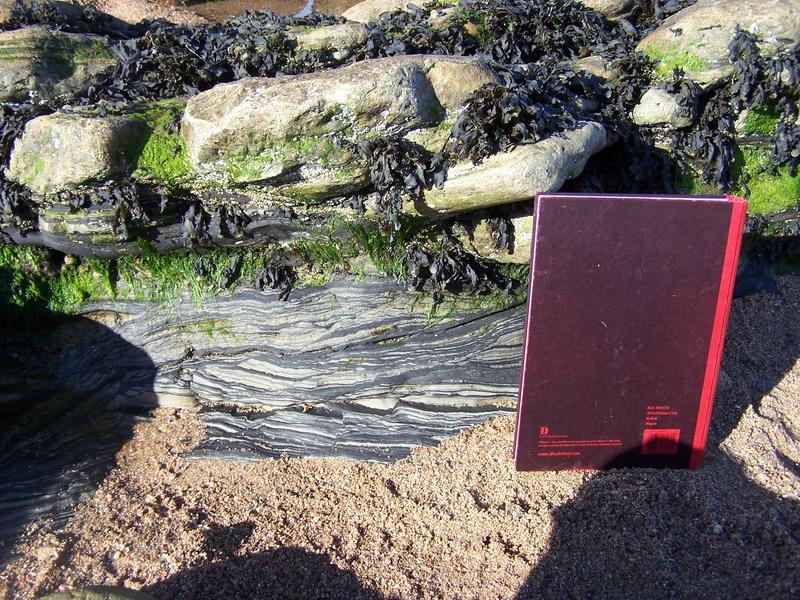 The star fossil was this ammonite; slightly annoyingly it was at the bottom of a shallow rockpool, making it hard to photograph. I wasn’t going to dunk my compass as a scale; it is about 20cm across. 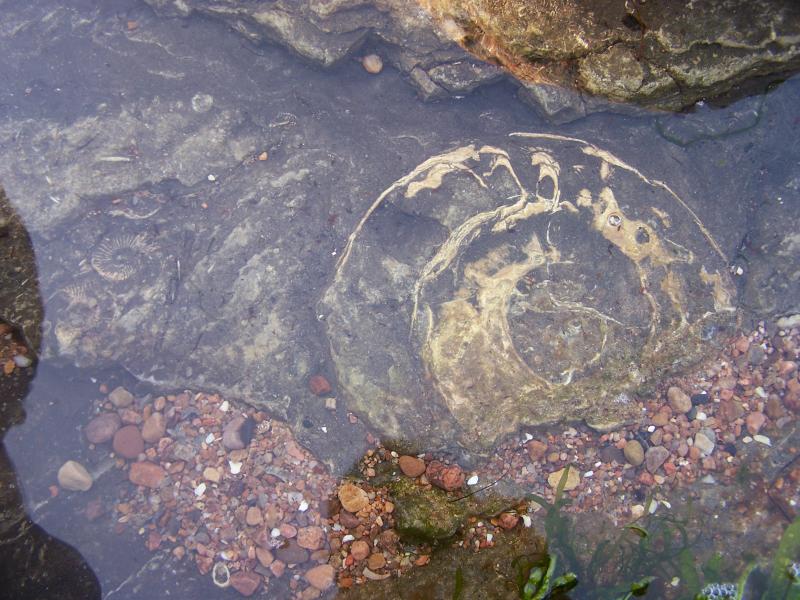 As an end-of-day bonus, I saw the Aurora Borealis just before bedtime. It wasn’t bright enough for my camera to get a good picture of it, but it was worth a short walk out of town to see it from somewhere away from the streetlights.

Back to the far North part II: a day of two halves. / Hugh's Geophysical Blog by blogadmin is licensed under a Creative Commons Attribution CC BY 3.0