Everybody loves a solar eclipse, even if the zone of totality is in as inconvenient a place as the Faroe islands. We set up open viewing (and observation of the associated weather) in the meteorology lab on the top floor of the University’s James Clerk Maxwell Building (JCMB). It isn’t often that we get so many people in the met lab …

And never on the upper roof; access is normally forbidden unless you are a meteorology student doing the pilot balloon experiment.

We were sensible enough to set up telescopes to view the eclipse in projection: 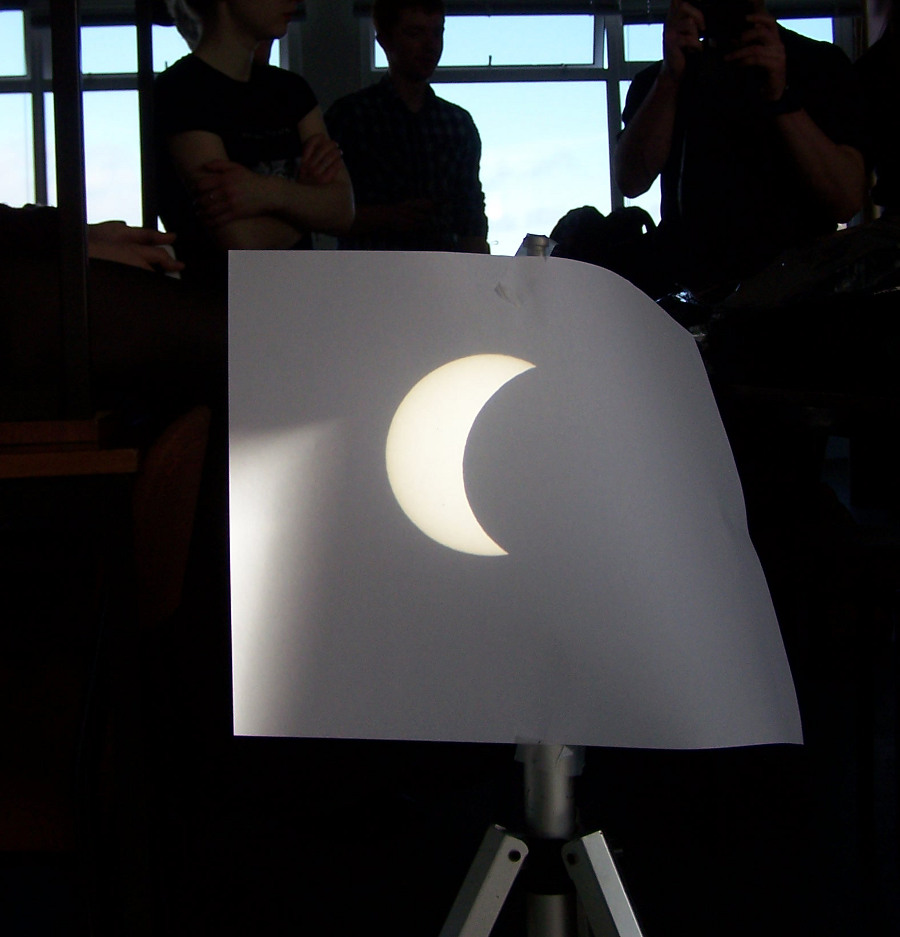 We had clear skies for the first part of the eclipse, entirely unlike the cloudy predictions of the Met office’s doom-mongers.  By the time we reached maximum eclipse, the clouds had rolled in, and we were only getting the occasional glimpse that was bright enough to see in projection.  (Thanks are due to Emma D. for holding the screen!) 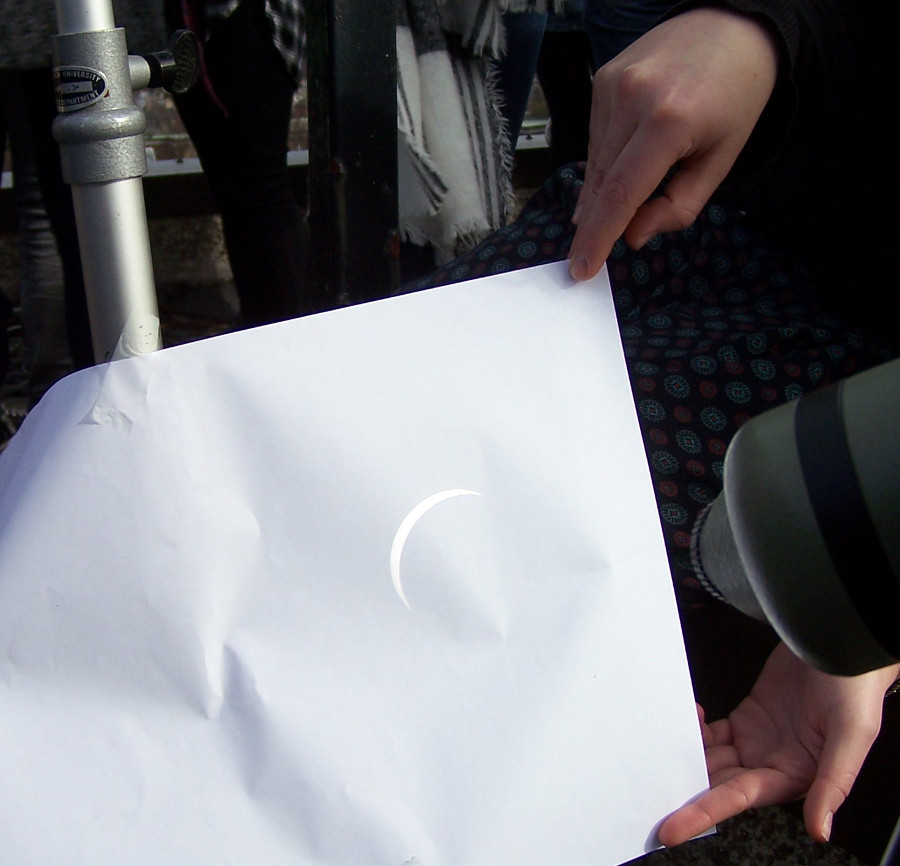 Actually, the clouds meant that you could point a camera directly at the sun and get  a picture without burning out your CCD or your retina. 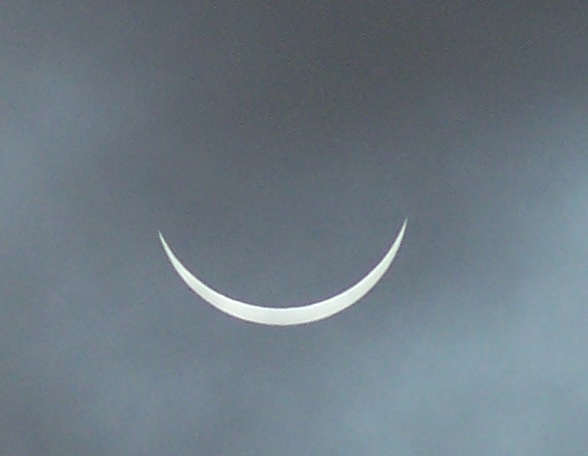 One of the reasons we set up observations in the met lab was so that we could participate in Reading University’s NEWEX project. Many thanks are due to a few of the more enthusiastic meteorology students for recording the temperature during the course of the eclipse. I have submitted our results to NEWEX already, but  I hope to add a blog post about them once I have got them analysed.

And then all I need to do is organise a trip to see a total eclipse some time before I die. I think I’ll pick one that will occur somewhere where the sunshine is more likely to be reliable.  United States in 2017 or Majorca in 2026?

Not the Faroes, but almost / Hugh's Geophysical Blog by blogadmin is licensed under a Creative Commons Attribution CC BY 3.0

One Reply to “Not the Faroes, but almost”