During Innovative learning Week (ILW) we repeated last year’s little field trip up Arthur’s seat, and again carried out Blaise Pascal’s experiment. The weather was a not unremittingly dull like last year. Rather, it was brisk and showery. We got this nice view of an enthusiastic raincloud:

Unfortunately, by the time we reached the summit the rain was right there rather than somewhere else; we were chased back off the hill rather quickly.

I had hoped to get a graph with smaller error bars than last year by bringing our classic precision aneroid barometer. Here it is, with the GPS on my phone claiming that we are at 183m altitude: 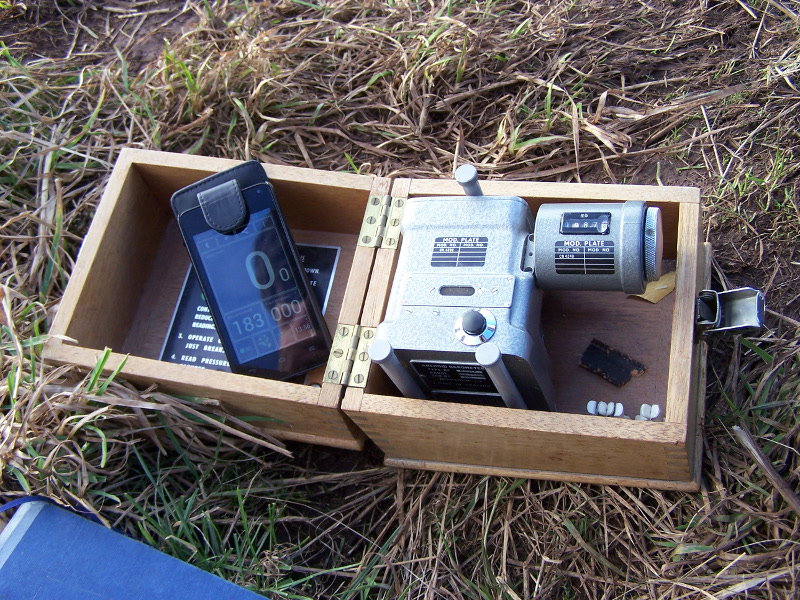 The aneroid works beautifully and agrees well with our (equally classic) mercury barometer (which I was very definitely not going to carry up a hill). Rather worryingly, the magic eye which tells you that you have twiddled the micrometer to the right point runs on a 150V battery of a sort you can’t get any more. We are not sure what we will do when it runs out. The results from it look like this: 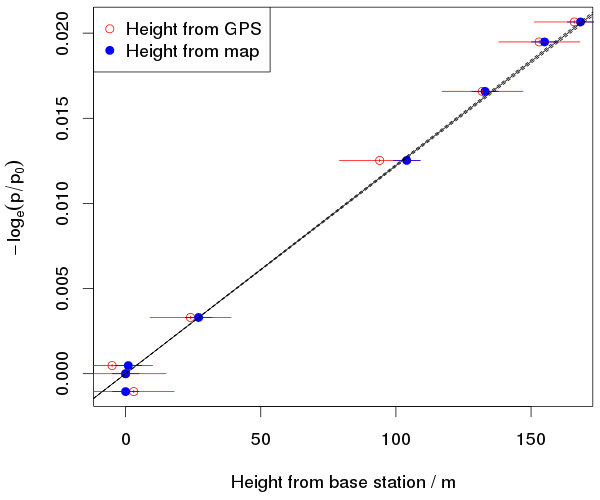 It is a somewhat better than last year’s plot. I would have liked to get a few more points, but the rain was unpleasant enough to dissuade me from keeping everyone else hanging about. There is some scatter in the points near the base station as two of these were taken at the start of the walk and one at the end. Assuming that the base station pressure changed linearly with time didn’t seem to help: I think that to do better than this would require a second precision anemometer to record continuously at the base station. And, of course, you would want differential GPS to do a better job of the height measurement.