I just got back from the 4th-year geophysics field course; as noted earlier, this was held at Montalivet-les-Bains, on the Atlantic coast of France, an hour’s drive North of Bordeaux. As usual, we ran the trip with staff and students from the Université de Paris Sud and the Universität Münster. Many thanks are due to the staff from Paris for organising the venue.  The weather was stunningly good. The food …. let’s just say that it isn’t often that you go to France and hear people muttering that the food was better in England and Germany.

As usual on this trip, I spent the whole week measuring gravity, with a different group of students each day. Unlike in Germany last year, we didn’t find anything of huge interest. 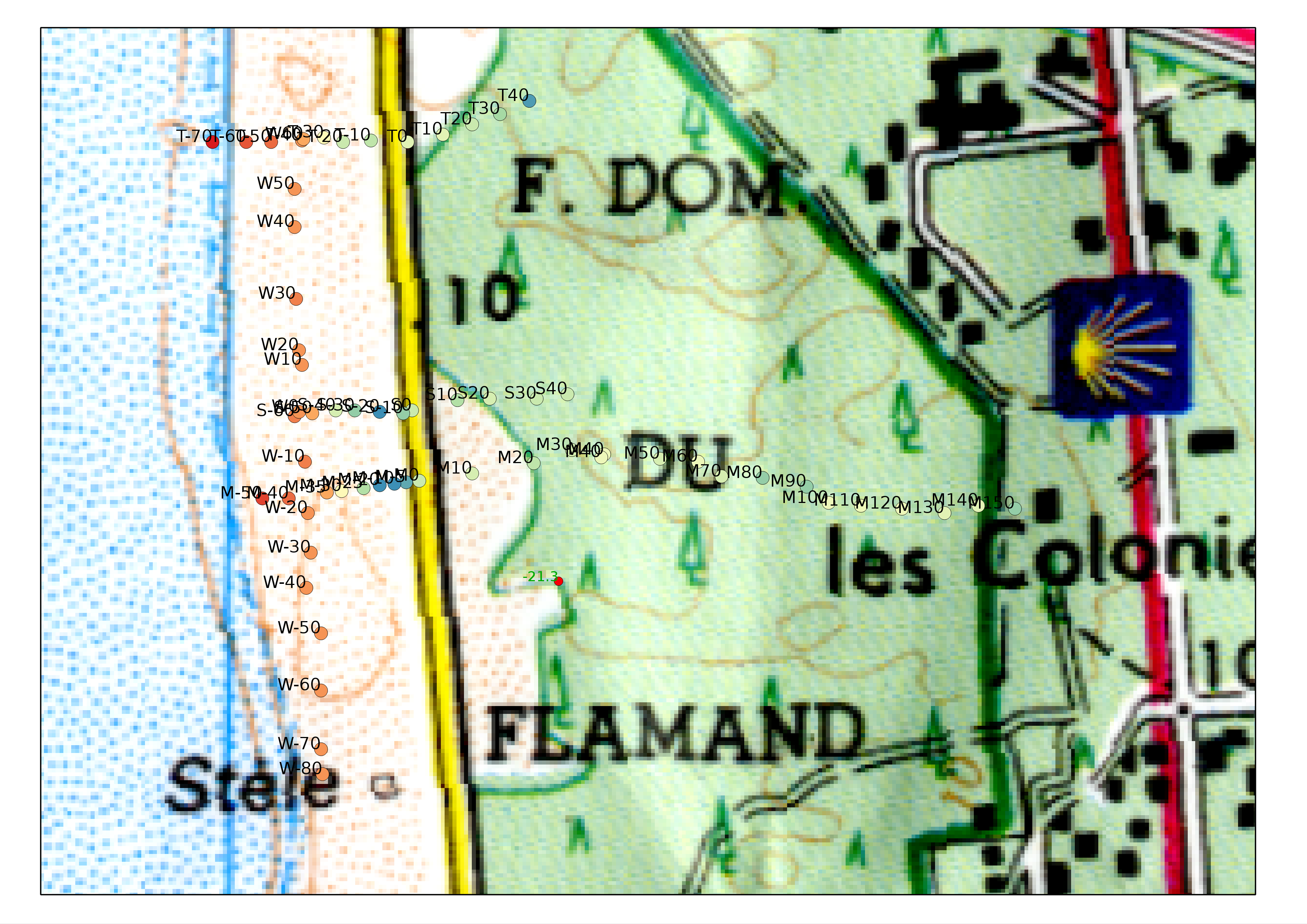 We did three lines of measurements across the dunes on Sunday, Monday and Tuesday (the points labelled S, M and T on the map) and found that the Bouguer anomaly was essentially featureless as long as you chose a sensible density. At least we learned in the process that the density of a sand dune is about 1500 kg m-3. On Wednesday we did the North-South line of points along the beach and found no gravity anomaly of interest. So on the last day we extended Monday’s line of points eastward into the woods; again, the gravity measurements didn’t tell us much. Still, you win some, you lose some. The resistivity data were good and the GPR data were splendid; at many of the other places we have visited, the soil is too wet for GPR to show very much.

My cheap Android phone (Huawei Y300) did sterling service as a GPS unit all week. As a camera and a phone it is passable, but no better. As a GPS unit it is a star: it works all day, with the GPS on and logging the whole time, without the battery running out. And it works under trees, where the University’s Garmin GPS units go into a sulk and ask if you are in a building.

Next year: back to the Peak District! I have already booked the youth hostel. In the meantime, here are a few photos from France.