As noted in a previous post, I have dragged myself into this decade; replacing my old feature phone with an Android smartphone. This was not out of geek enthusiasm or the result of a shopping frenzy; I hate shopping. It was because I managed to lose my old phone, so I had to get a new one of some sort. The choice was a driven by desire for cheapness (given my propensity for losing stuff) and not being stuck with Android 2.3. Which is why I ended up with the Huawei Y300. As I have not had a smartphone before it seems pointless to attempt a review of it; I have not the faintest idea how it compares to rival budget Android phones. So this post is more about the fun I’m having playing with a new hi-tech toy.

I’m getting used to the on-screen keyboard rather slowly. My fingers are not particularly huge but they are not the 4-year-old’s fingers for which the on-screen keyboard seems to be designed. It is fine for text as long as you make good use of the predictive capabilities. Being called upon to enter a password on it is phone-throwingly frustrating.

The camera on the phone is nothing to write home about. It is about the same standard as the one on my lost Sony-Ericsson k800i: it attempts to focus itself and advertises a reasonable number of pixels. But the results are so-so; I don’t think the sensor has a huge dynamic range.  It therefore has little novelty value, but I do like having a camera that is always in my pocket. It means that I can grab snaps of whatever the sky is doing, whenever it is doing it. Like these nice gravity waves above North Bridge, Edinburgh: 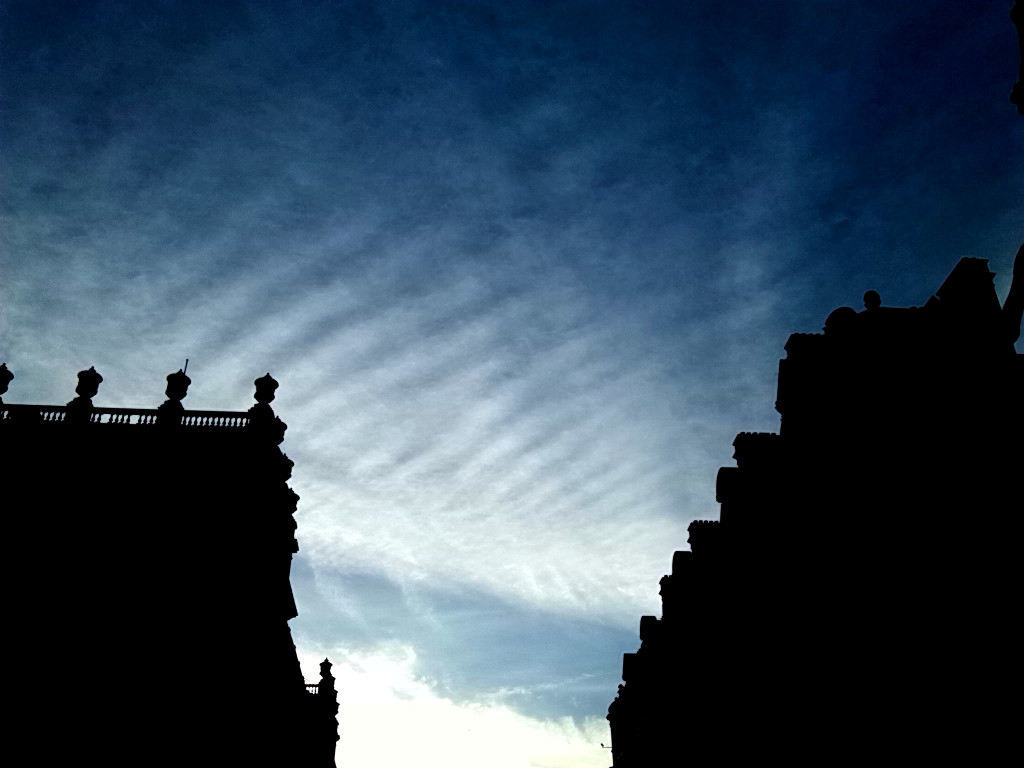 An unexpected side-effect of going on a geology field course with the geophysics students is that I now can not look at a sandstone wall without thinking “Oh, look: there is some current-bedding in that bit. 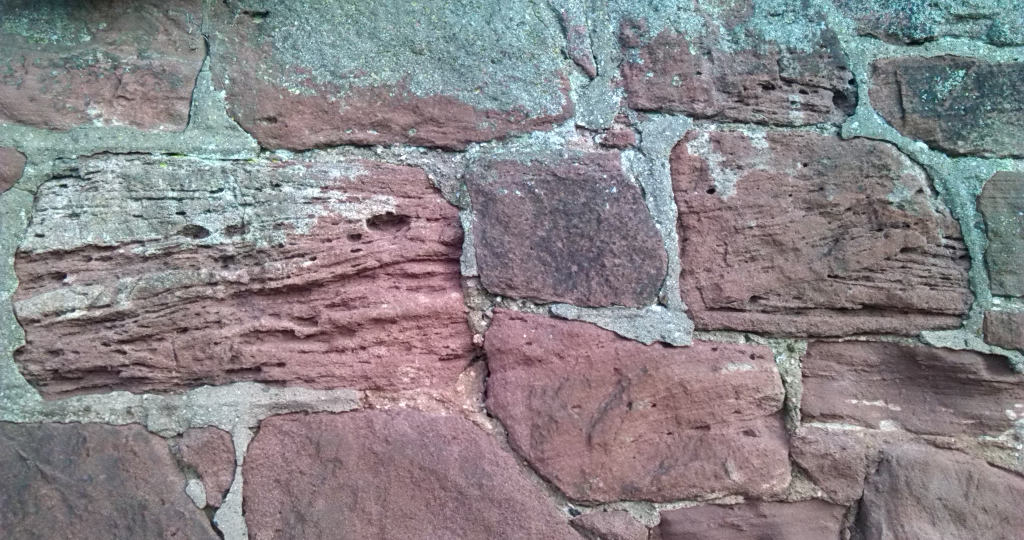 Or, in this case, two of those bits. The phone’s camera is quite adequate for this sort of photo.

But the real novelty of a smartphone is having a GPS unit with you at all times. I downloaded a logging app so I can get the phone to log where I went. 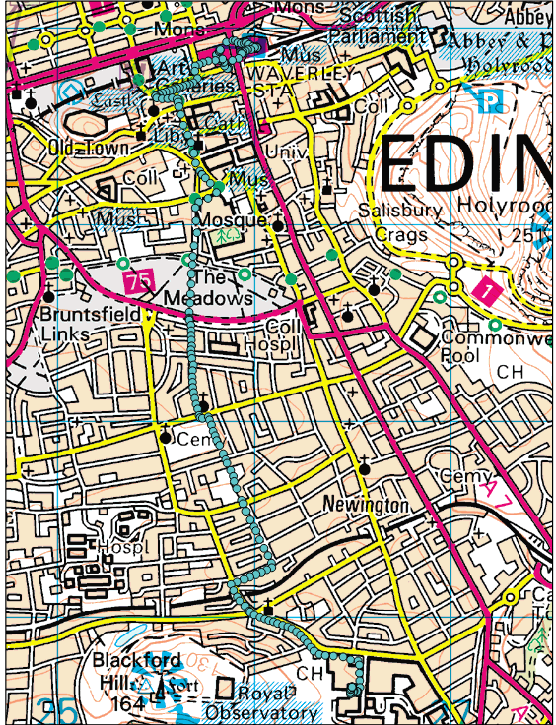 The blue dots are my cycle commute from the railway station to the University. By using a simple GPS test app I have also been able to confirm my suspicions about the accuracy of the speedometer on my car: The GPS is adamant that when the speedo says 70mph I am really doing 67mph.