It’s a nice skyfull of altocumulus, but neither that or the row of Leeds chimmney pots are the reason why I did battle with the camera app on my new smartphone. 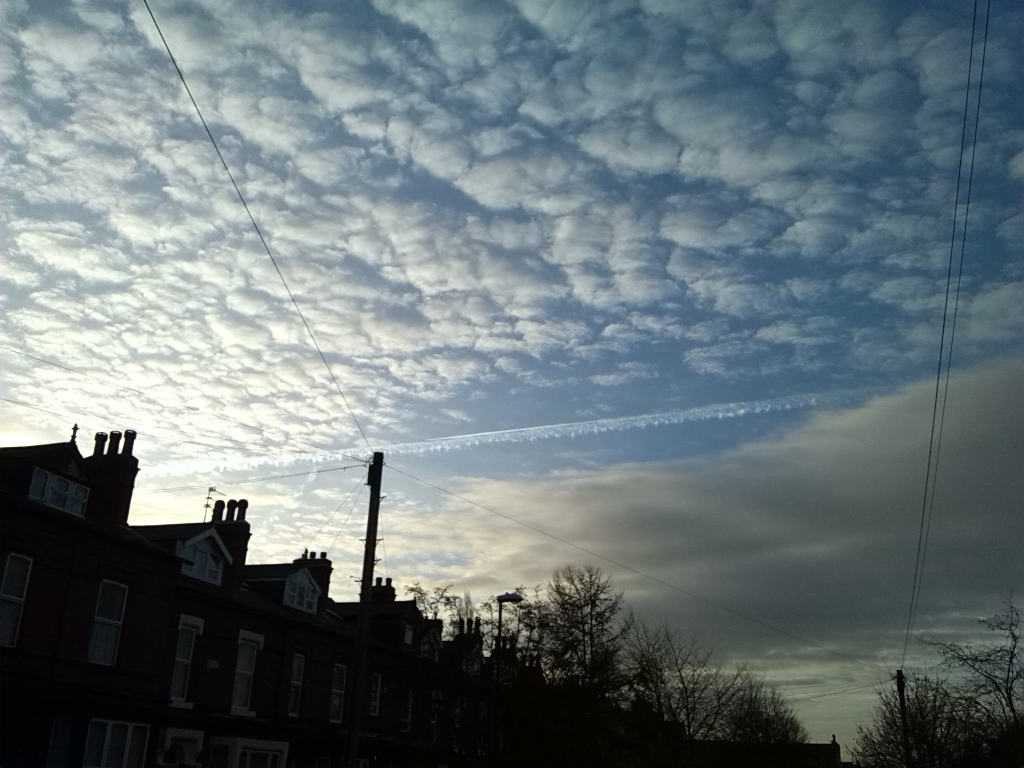 What caught my eye was the contrail, and the vortex rings which seemed to be dropping off its lower edge. 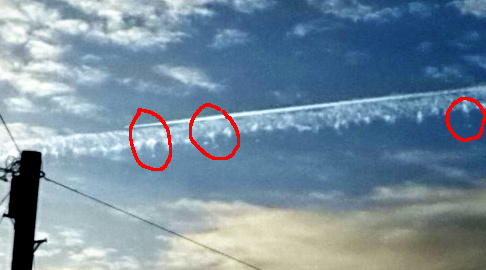 Unfortunately, the camera didn’t catch them very well, partly because it all happened quite quickly: the vortex rings formed and dissipated in the half-minute or so that it took me to get the photo taken. This despite the fact that the contrail must have formed several minutes before. (The new contrail being formed at the time of the picture is lined up along the top of the old one, but is quite separate.)

A bit of googling leads me to  suspect that I was looking at a phenomenon called the Crow instability. But I wasn’t quick enough to get a good picture of it. Goes to show that the more carefully you watch the sky, the more things there are to see.

Contrails and smokerings / Hugh's Geophysical Blog by blogadmin is licensed under a Creative Commons Attribution CC BY 3.0