These are unprecedented times being experienced the world over. 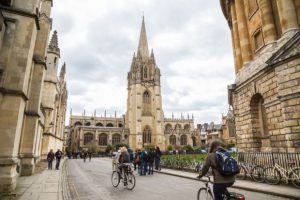 Seemingly everything is coming to an accelerated standstill. The world is experiencing upheavals of varying complexities—upheavals to remove archaic structures and to shake up antiquated norms. The rose–colored lens with which we view the outside realms of affairs are broadening largely in part to the leadership and enthusiasm of the younger generation.

The recent ‘Black Lives Matter’ movement brought about a closer introspection of the under imposed racial imbalance all over the world. The fields of research and academia are not immune to the existing racial disproportions. These last 6 months have placed immense pressure on everyone to be cautious in their speech and actions, and reflective in their personal thoughts as well. This blogpost does not aim to generalize anything, it is merely a result of a conversation with different people from different backgrounds and cultural predispositions.

It is a weird feeling for me, because at home; the country I am from is predominantly black, so till my secondary education, I was relatively in my comfort zone. However, when I came here (Australia) for my undergrad, I realized everything is vastly different than from what I was used to.

The field of education may be more accommodating to people of other races and cultures in financially dominating countries like the USA, UK and Australia; countries where you witness a huge footfall of international students. However, the outcome of this global amalgamation is not very different. A study was conducted by Dr. Jason Arday on “Exploring Black and Minority Ethnic (BME) Doctoral Students’ Perceptions of An Academic Career” found that BME doctoral students were being significantly disadvantaged in relation to opportunities to progress and develop the type of CV required to pursue a career in academia. The findings also illuminated experiences of racism most notably through more insidious forms such as racial microaggression, hyper-surveillance, and othering. Feelings of exclusion, victimization and marginalization within university faculties were also highlighted.

It is apparent that some professions—especially within fields like medicine, psychology and other higher academic leveled degrees—produce professionals and leaders belonging predominantly to the Caucasian ethnicity. While no one is to blame for tipping the scales this way, it is quite evident that higher education degrees like professional doctorates and PhD’s are opted for white candidates, resulting in ‘All-White’ faculties in the most world-renowned higher institutions. “‘Whiteness’ is also a significant feature that was a mechanism that perpetuated racist practices and culture within academia”, stated Dr. Ardey, whose research was published by the UKCGE.

In another piece of research by H. B. Adediran Olaiya on “Inclusivity in Postgraduate Education” stated that 4% of domicile UK Black academic staff were professors in contrast to an average of 13% for other ethnicities; only a meagre 0.4% of domicile professors and 2.1% of non-domicile professors were Black, which simply shows the actual numbers of people belonging to other ethnicities do enter the educational institutions as students, but that necessarily does not translate them into getting an actual job.

I have noticed that there are certain degrees which are opted by international students, whilst there are some degrees with predominantly white participants. No one is directly at fault for this, but it is a reality which definitely leads to inequalities within these professions.

Pondering upon the reason for this, one glaring reason comes to mind: Socio-Economic Status. Whilst many African and Asian countries are not as financially affluent as the above-mentioned countries, most students from these countries opt for degrees, which more or less guarantee jobs right after they graduate which in many cases are associated with lower pay in the long term. While this may not actively be termed as racial inequality persisting within education, the ‘conveyor belt mentality’ of securing a well-paying job immediately after completion of a degree stems from a long-standing tradition of oppression and historical imperialism, which each and every one of us subtly condones by our silence. 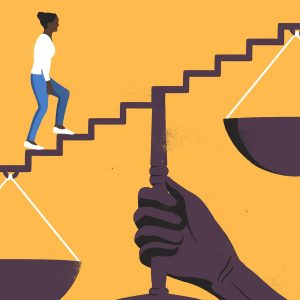 In fields where research actively involves participation of people from all walks of life, it is very difficult to recruit participants from ethnic minorities which invariably result from the narrow perspective of one majority community; thus, going against the very principle of generalizability, which is one of the major pillars needed to be researched.

These disparities do not exist in complete isolation. All of us, in one way or another directly or indirectly contribute to the undulating levels of personnel presence within education. We, as torch bearers, need to consistently remind ourselves of the multi-faceted nature of the world in which we currently reside and the structural lag that exists to provide significant and unfair disadvantages to the marginalized.

I think it starts with us realizing that the world is not binary. There is a whole new world that exists outside the realm of what we see in front of us. So, it is important for us to change the way we think about the issues that not only affect us directly but as a community, at large. 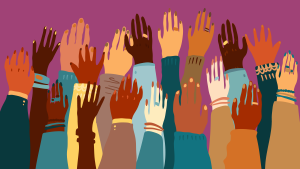 The PGR Community in the School of Health in Social Science is actively represented at the School’s Equality, Diversity & Inclusion Group for staff and students to discuss various issues related to racial equality, amongst others related to gender, wider participation, and student mental & physical health. We have initiated a discussion group called ‘ConveRACEion’ to promote discussions on racial equality within research and academics. The group will also invite speakers to talk about topics like ‘Use of Language’ and ‘Decolonizing the Curriculum’ (See the ConveRACEions flyer below) 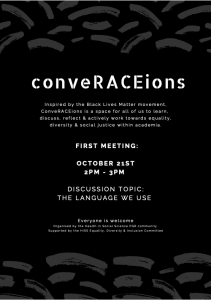 Race.Ed is also a platform that consists of various resources, workshops, and panel discussions on these issues on the university level in addition to various societies and groups under EUSA for students to actively join and spread awareness.

You can also access different studies on racial equality published and funded by the UK Council for Graduate Education.

Racial Inequality in Research and Academia / Research Bow by blogadmin is licensed under a Creative Commons Attribution CC BY 3.0