Today is the last day of the current wave of strikes; tomorrow I have to go back into work as usual. The dispute is, unfortunately, far from over, and I anticipate further industrial action during the exam marking period. To mark the last day of strikes, my colleagues ran a “teach-out”; this seems to mean any educational thing done outside University buildings during the course of a strike. This teach-out took the form of a short geology trip. Among other things, they went to the Agassiz rock on Blackford Hill to look for evidence of glaciation.

Annoyingly, I missed all of this. I had a sufficiently horrible cough yesterday that I didn’t think it was smart to go and stand on a cold picket line first thing in the morning. However, by mid-morning I was feeling sufficiently better that I went out for a short walk on Dunbar beach. My aim was to photograph some fossilised ripple marks that I had spotted a few weeks ago, when the weather was terrible and I didn’t have a camera with me. The weather today was delightful and the ripple marks were just where I remembered them: 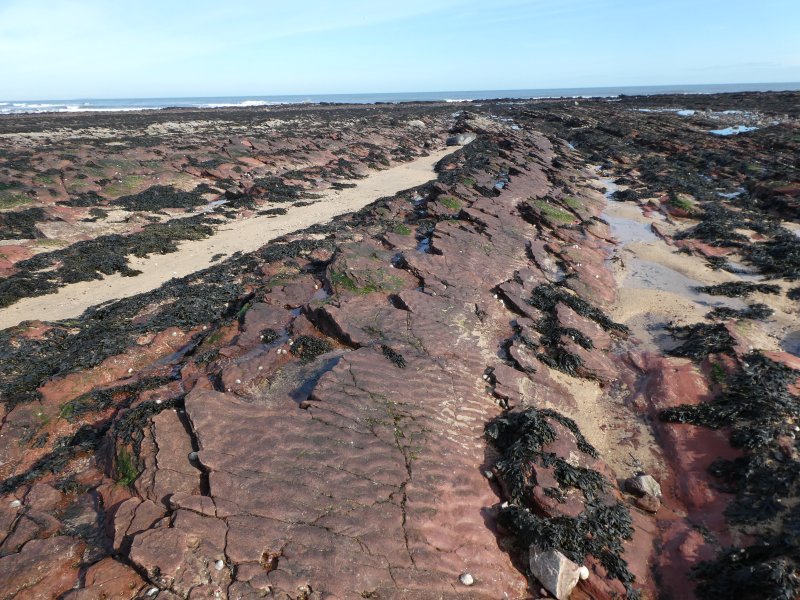 The rocks here are layers and layers of almost undeformed sedimentary rocks, dipping towards the East. The grain size varies from layer to layer, but I expect that an expert would call a lot of it siltstone or mudstone. The geological map says that it belongs to the Stratheden and Inverclyde groups and dates back to the late Devonian or early Carboniferous period: about 360 million years ago. The ripples didn’t seem as obvious when I took the picture as when I first noticed them, so I nipped back later in the day to see whether the angle of the Sun made any difference. It turned out not to be different enough, but the tide had come in, and the ripple marks were much easier to see when the rock was wet. 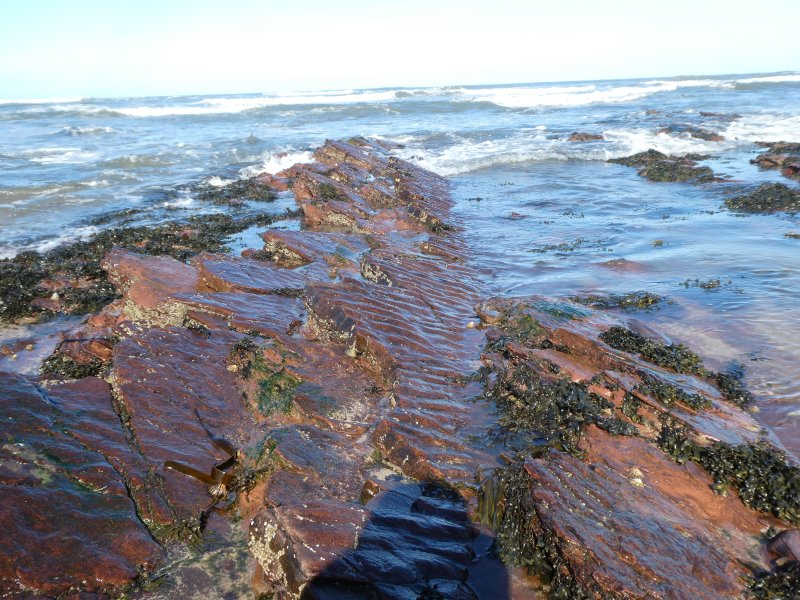 The marks are produced by shallow water flowing over the fresh sediment; although they are 360 million years old you can see the same processes happening today, just a few yards along the beach. 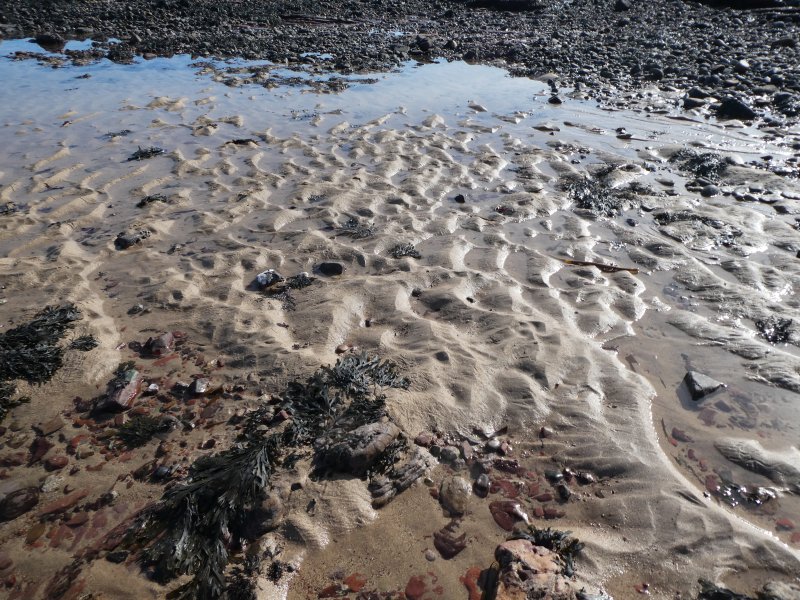 I re-visited the ripples a week later, when the tide in the mid-afternoon was low enough. The light at that time of day hits the ripples at just the right angle to show them up. 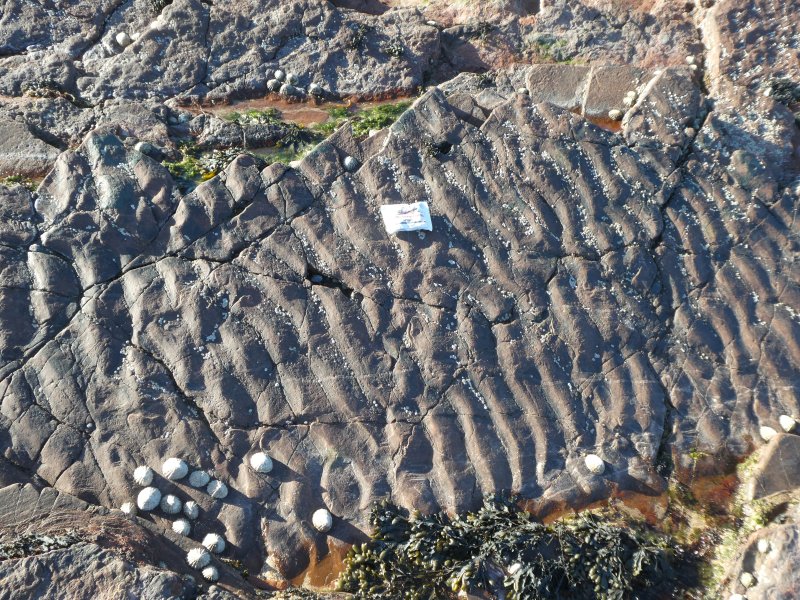 For a few tens of minutes, every ripple has its own shadow. Actual geologists have explained to me that they will often try to visit an outcrop more than once, at different times of day, because the different angles of illumination may allow you to see something that you would miss if you only visited the rock once. These ripples are a nice example. (The white item used as a scale is a packet of a well-known brand of throat lozenges.)

Ripples / Hugh's Geophysical Blog by blogadmin is licensed under a Creative Commons Attribution CC BY 3.0