I took the car for a spin in the Lammermuir Hills south of Dunbar last weekend, in the hope of re-charging the battery after a prolonged refusal to start from cold. The car’s electrical problems have got worse since, and it is now in the garage, but at least it did not die on me out in the wilds.

The rock in a large area of the Lammermuirs is called the Great Conglomerate Formation, and for rather obvious reasons if you can find a bit of it that isn’t covered by vegetation. McAdam and Clarkson’s “Lothian Geology: An Excursion Guide” directs you to an area near a farm called Aikengall, but describes it as 3km of rough walking — and I didn’t have the footwear for it with me. I did find a spot nearby where the road is cut down about 2m into the rock. 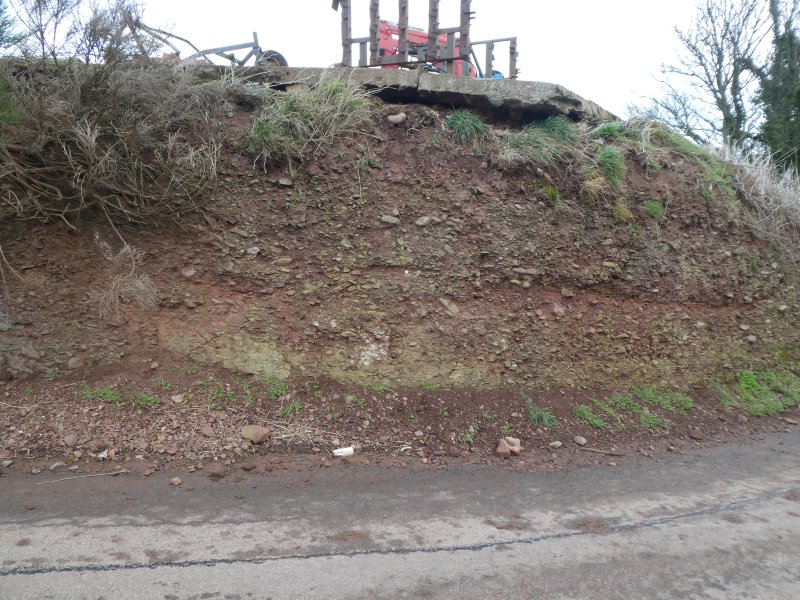 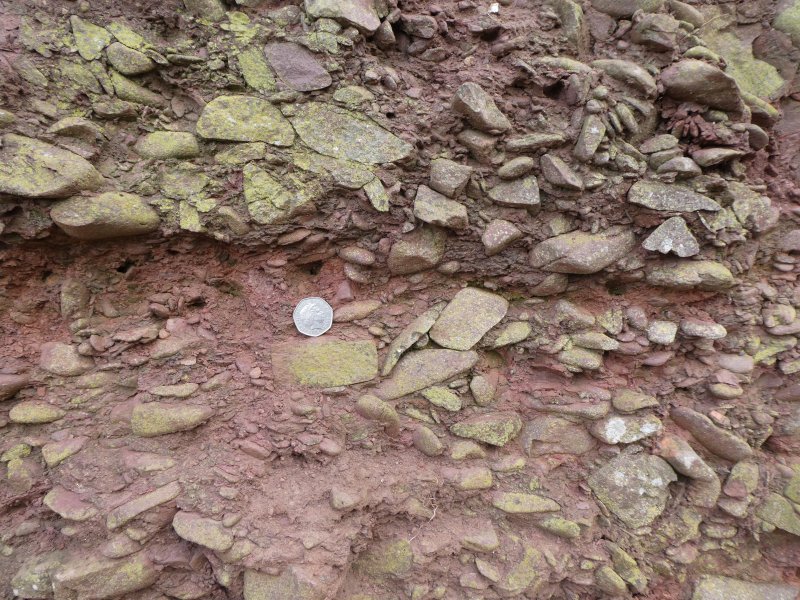 The clasts are up to about 10cm across (50p coin for scale).

The whole formation dates back to early Devonian (Lower Old Red Sandstone) times; it is believed to fill up a valley in the older Silurian rocks underneath.

The Great Conglomerate / Hugh's Geophysical Blog by blogadmin is licensed under a Creative Commons Attribution CC BY 3.0