I am on strike for a couple of days. You might wonder what university lecturers do when they are on strike, and, indeed, why they bother.

What we do while we are on strike probably differs a lot from person to person. I am not the sort of person who likes standing on picket lines waving placards at people. And my wife is of the entirely reasonable opinion that if I am not out earning a living then I should either be providing company or doing something useful about the house or garden. So we have visited the Botanic Gardens in Edinburgh to look at the rhododendrons, and I have planted out the last few tomato plants in the greenhouse and cleared out last year’s leek bed in preparation for planting out this year’s broccoli and cabbages. 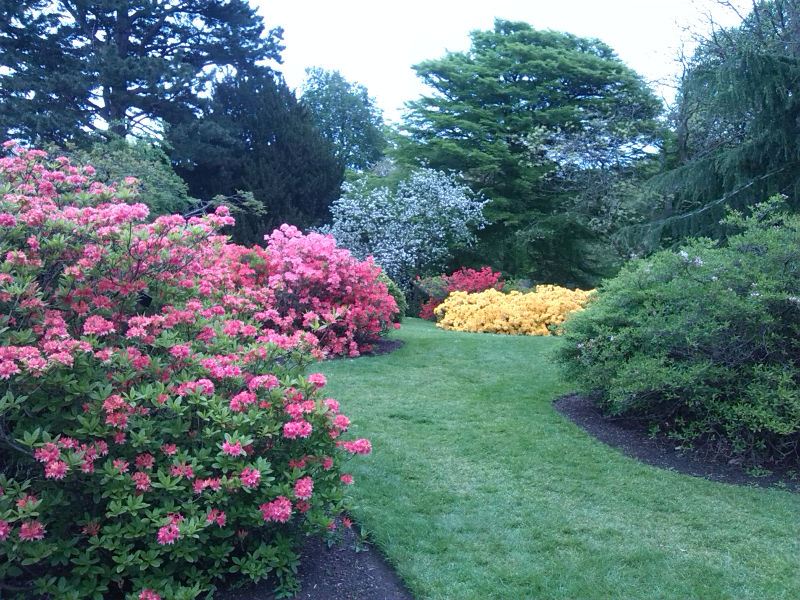 The rhododendrons were splendid, at least, the ones that were in flower were. I’m not sure whether we were there before or after the peak of the flowering season, but we must have been fairly close to it; there were bushes that had finished flowering and others that had yet to flower. I was reminded of how glad I am that the Botanic Gardens have such an extensive collection of rhododendrons; it means that I can go and look at them when they are in flower, and do not have to have them taking up space in my garden for the remaining 50 weeks of the year, when they are just bulky dark-green bushes.

That was yesterday. The weather today is miserable, so I plan to tidy my den and to make some jam; the fruit have set on many of the bushes and I still have some of last year’s crop cluttering up the freezer.

The question of why we bother to go on strike is harder to answer, but it nevertheless happens every few years and has done so ever since I started working in universities in 1989. I have come to the conclusion that it is an emergent dynamical feature of the system, much like the El-Nino Southern Oscillation in the pacific region or the quasi-biennial oscillation in the tropical stratosphere. The cycle of events is as follows:

Somewhere between one and four years later, it all happens again. Just as with large El-Nino events like the ones in 1997-98 and 2014-16, you know that there will be another one in the future, you just don’t know exactly when.

Out, sisters and brothers, out! / Hugh's Geophysical Blog by blogadmin is licensed under a Creative Commons Attribution CC BY 3.0

2 Replies to “Out, sisters and brothers, out!”