I’m working at home today, ostentatiously in order to get some quiet time to think about the improvements we are making to the third year of the geophysics degree. Really, the reason was to give myself a chance to observe today’s transit of Mercury from the comfort of my own home.  I was not at all sure that my telescope would be up to the job, given that I had seen some articles on the internet suggesting that you might need a bigger one. But, as it turned out, I was able to see Mercury quite clearly: a tiny black dot moving slowly across the Sun’s disc. 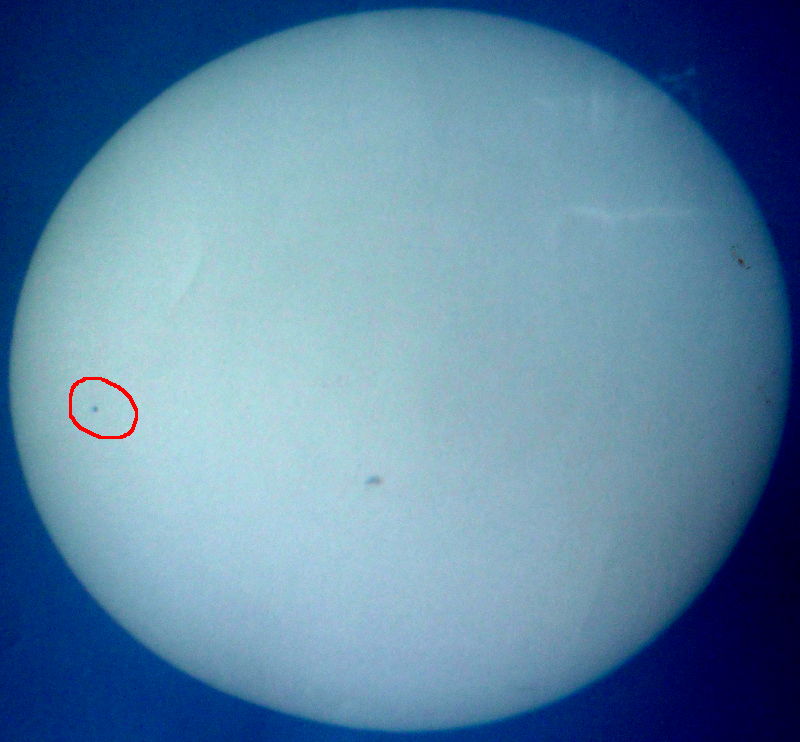 I took the picture by projecting the Sun onto a sheet of A4 paper (the image is almost the full width of the paper) and then photographing it with a compact digital camera. I have contrast-stretched the image to make the Sun as bright and the background as dark as possible. I have drawn a red ring round Mercury to distinguish it from a sunspot (centre of the disc) and a dirty smudge on the paper (upper right). The picture was taken about an hour after the transit started; the movement of the planet was very obvious. 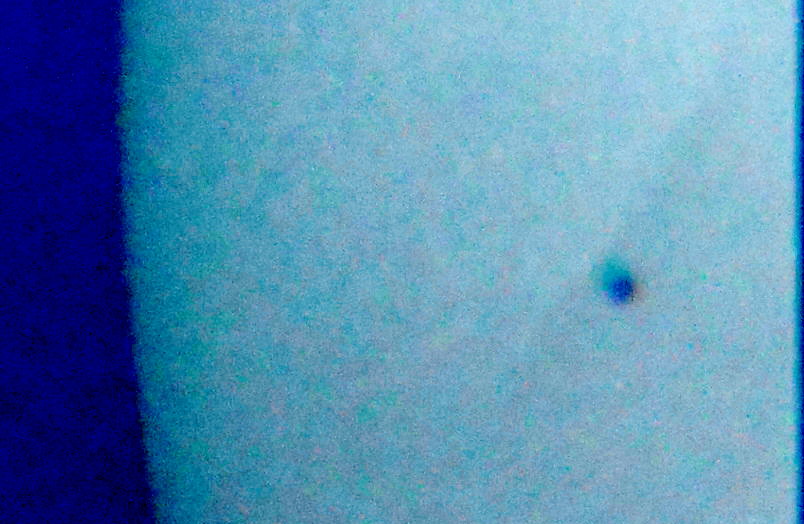 Blowing the image up as much seemed reasonable makes Mercury look almost like a disc; the disc was a bit more apparent to the eye because the eye can, to some extent, average out the wobbles caused by the atmosphere.

I was excited to have seen the transit because they are not common; the last one was in 2006 and the next two are in 2019 and 2032. What is more, the next two are both in November, when the chance of a clear day is rather smaller. And it provides a bit of compensation for missing the transit of Venus a few years ago; that happened on a cloudy day where I was. I will definitely not be here in 2117 to see the next transit of Venus.

Transit of Mercury / Hugh's Geophysical Blog by blogadmin is licensed under a Creative Commons Attribution CC BY 3.0