Along with nearly everyone else in Scotland, I saw the Great Nacreous Cloud Display of 2016 this morning and yesterday evening. Yesterday (Monday 1 Feb), I only saw the clouds briefly before the light faded. But this morning at sunrise the clouds were there again as I waited for the train 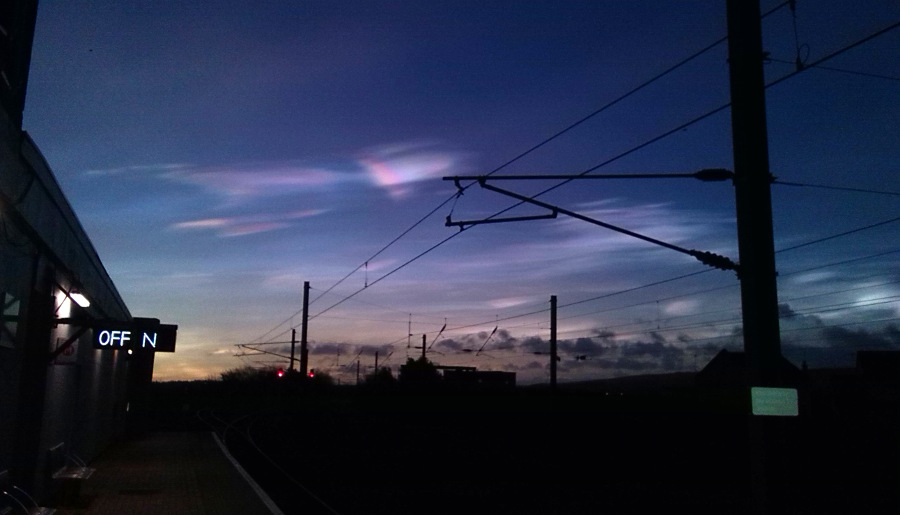 Infuriatingly, the most dramatic phase of the display happened while I was sitting in a non-window seat on a fast-moving train with grubby windows. And once I got to Edinburgh, the right part of the sky seemed to be behind tall buildings until I had walked for quite a long distance. 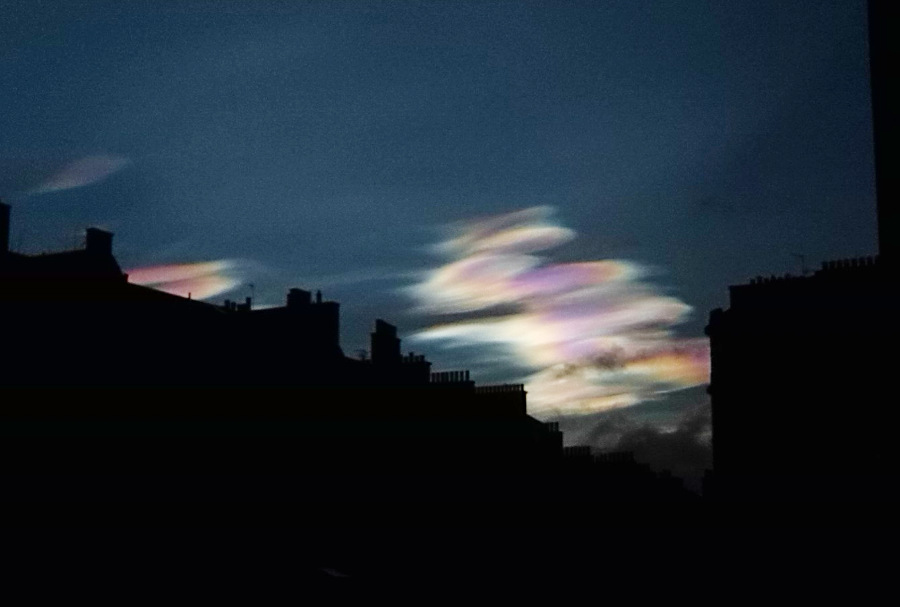 I got this sneak view from St. Patrick Square … 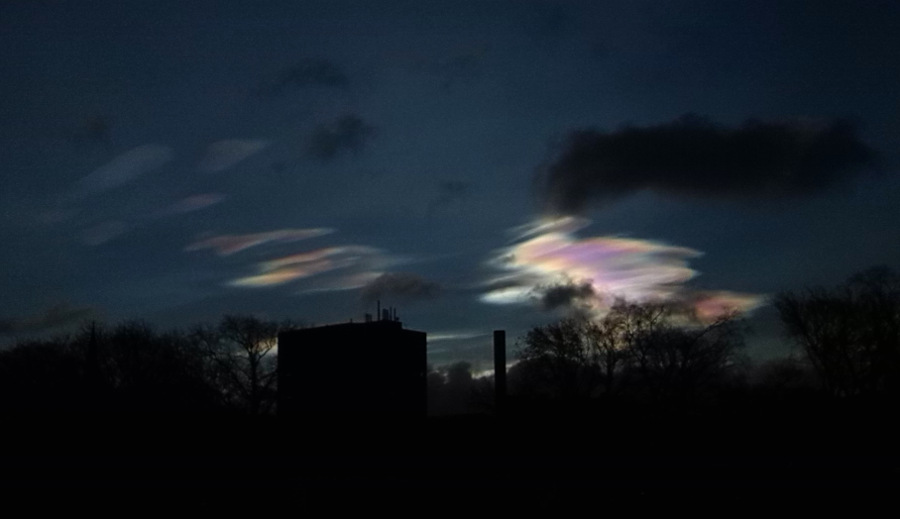 … and, eventually, this view from the Meadows. In all of these shots the exposure is turned down several stops so that the iridescent colours show up; the sky looked quite a bit lighter to the eye than the pictures suggest.

The clouds are a fairly rare sight in Scotland; we only see them if the lower stratosphere is cold enough. The satellite instrument I do much of my research with measures temperature at these heights (among many other things). I have set up a plot of the temperature over the UK in the lower stratosphere, but the data arrive a couple of days after the event, so I had to add this plot as an edit to this post a few days later: 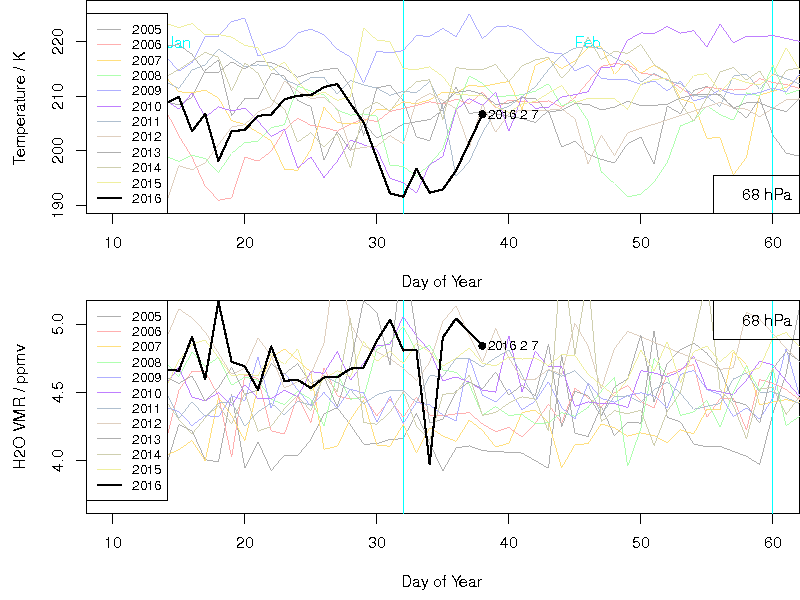 Clearly. the temperature at a pressure of 68 hPa (a height of about 19km) was unusually cold over the first few days of February. (I’m not sure how significant the dip in water vapour is; one could speculate that it is caused by the water condensing out to form the clouds.)

The name “nacreous” refers to the mother-of-pearl like appearance of the clouds. The clouds themselves are called polar stratospheric clouds; they are associated with the formation of the Ozone hole.

Nacreous Clouds / Hugh's Geophysical Blog by blogadmin is licensed under a Creative Commons Attribution CC BY 3.0