We went for a short walk today, to Fast Castle, a small ruin on the coast between Dunbar and St. Abbs. There isn’t a lot of castle left; we really went there to look at the nesting seabirds, such as this handsome razorbill. 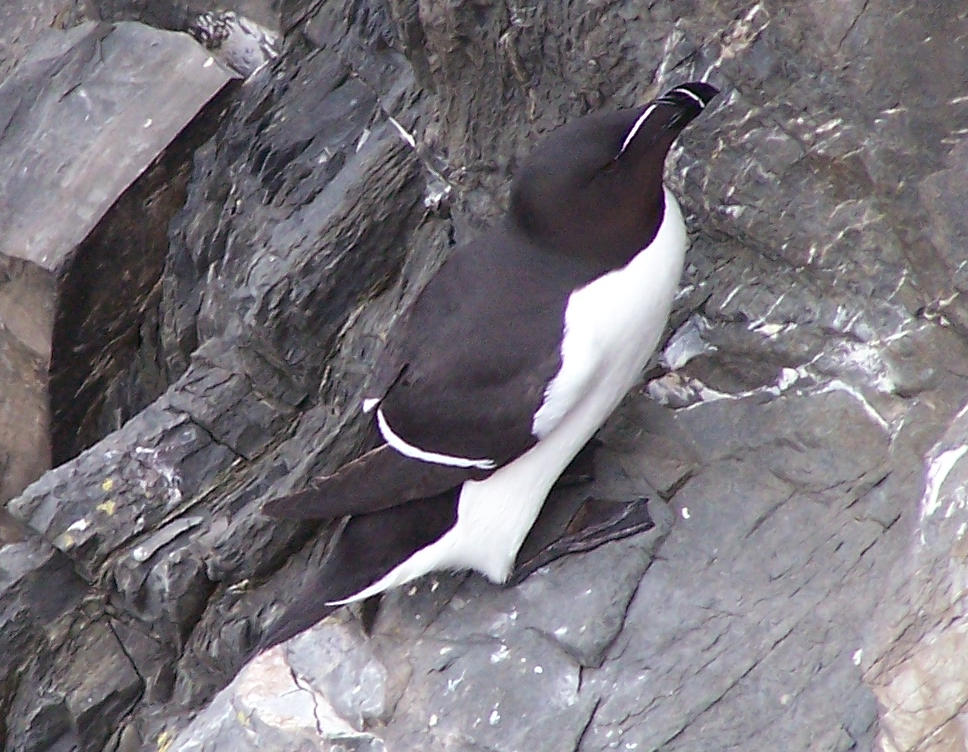 Fast Castle isn’t that far from Dunbar, but it is far enough for a complete change in geology, from the Carboniferous limestone and soft, red Devonian sandstone of the central belt to the hard dark-grey Silurian greywackes of the Southern Uplands. Looking North up the coast from the castle you can see how steeply inclined the strata are; they were very strongly distorted as the Iapetus ocean closed up, bringing the rocks that now form Scotland and England together. 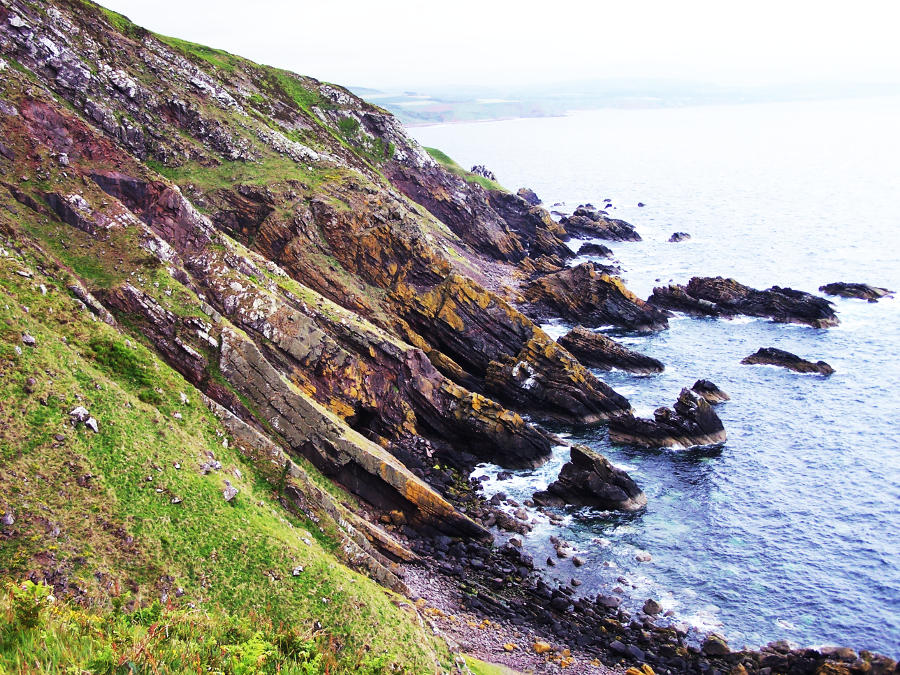 You can also see how dull the light was, and how low the cloudbase was — really rather sub-standard for June. It was jolly cold, too. Looking back along the coast from further up the hill, you can see the unconformity where the Silurian rocks (left, grey) meet the later Devonian rocks (red, right). 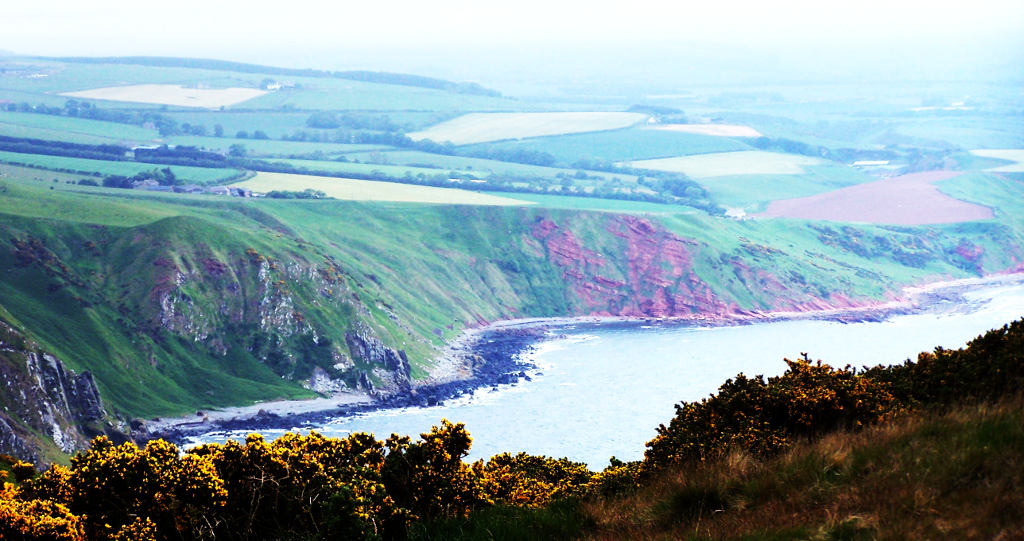 Somewhere along that coast is the famous Siccar Point, where you can see the unconformity up close, just as James Hutton did.  Our first-year geology students go on a trip there; it is one of those things that a geologist has to visit while in central Scotland.

There is not a whole lot left of Fast Castle itself, and what there is looks rather crumbly and precarious. 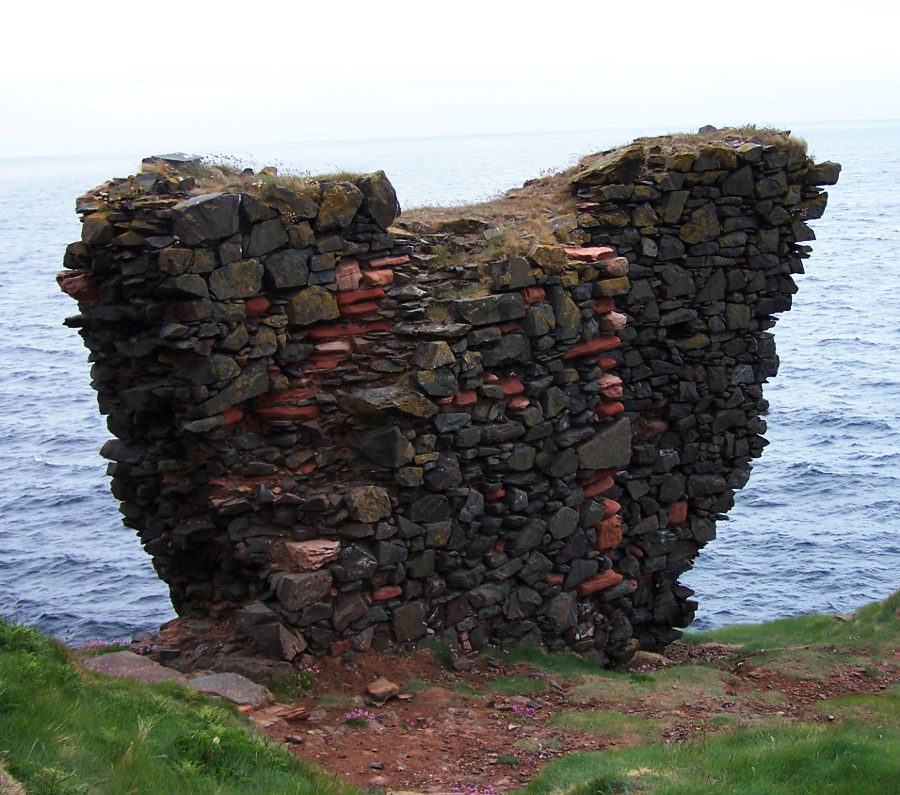 This wall is like a small part of the unconformity, broken up and re-assembled. Most of it is made of the greywacke on which the castle stands, but the red bits are Devonian standstone, presumably transported down the coast from the other side of the unconformity. I imagine that the builders bothered to do this because the sandstone is far easier to work.

Silurian and Devonian: Hutton’s unconformity / Hugh's Geophysical Blog by blogadmin is licensed under a Creative Commons Attribution CC BY 3.0

One Reply to “Silurian and Devonian: Hutton’s unconformity”