One of the few perks of this job is a summer beach barbecue for all climate and weather related staff. As it was held a Gullane Beach, somewhere between Edinburgh and where I live in Dunbar, I made the potentially rash decision to cycle there and back. Now, I rather assumed that I was fit enough to do 35 miles in the course of a day; I was less sure that the available bike was up to it. Said bike had done its time on the daily commute from Edinburgh Waverley station to the University and had been retired to light duties; this tends to mean sitting in my cellar at home with flat tyres, with the occasional short trip around Dunbar. I was also unsure of how long it would take me to do the journey as I have little idea how fast I cycle. Clearly, it was time to turn on the GPS unit in my phone again and find out.

The answers were not hugely impressive. I am sure I have heard 15mph quoted as a typical speed for a bike. It appears from the data that my old bike and I can sustain 11 or 12mph on a smooth flat road and may occasionally hit 25mph going downhill. But averaged across a swathe of East Lothian countryside, and including stops to read the map and take photographs, I managed 8.7mph on the way out and 7.5mph on the way back. Maybe I was slower on the way back on account of the effects of the barbecue. But it didn’t help that I took the footpath along the river Tyne from East Linton to Tyninghame. The signposts are a bit ambivalent as to whether this is supposed to be cyclable. Having done it, I would recommend walking unless you are not in a hurry and the weather has been dry for a while. Anyway, I now know roughly how much time to allocate when planning any future trips, and I know that my retired bike is still usable as long as you nurse the gears carefully.

In the meantime, here are a few of the results from those photo stops. 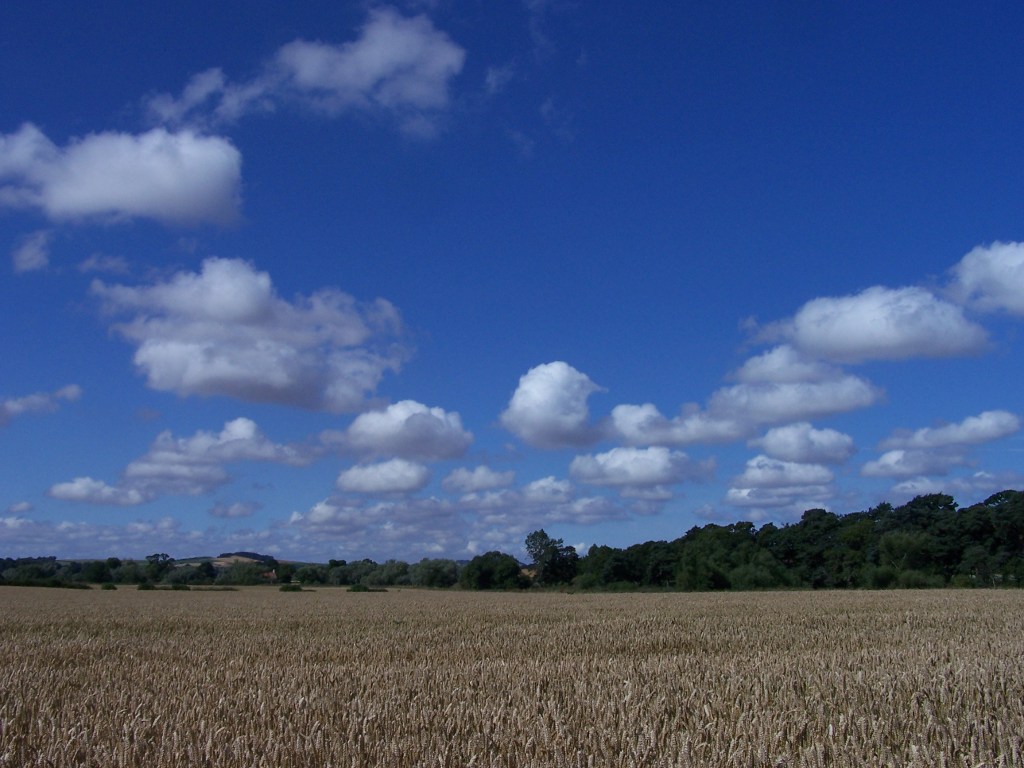 This one is as textbook a sky of fair-weather cumulus as you could ask for. The rocks under here are the (rather soft) calciferous sandstone measures (Ballagan formation) from the old end of the Carboniferous period, and they are underneath some recent sand and silt deposits. The higher land in the background is formed of the Garleton Hills volcanic rocks. 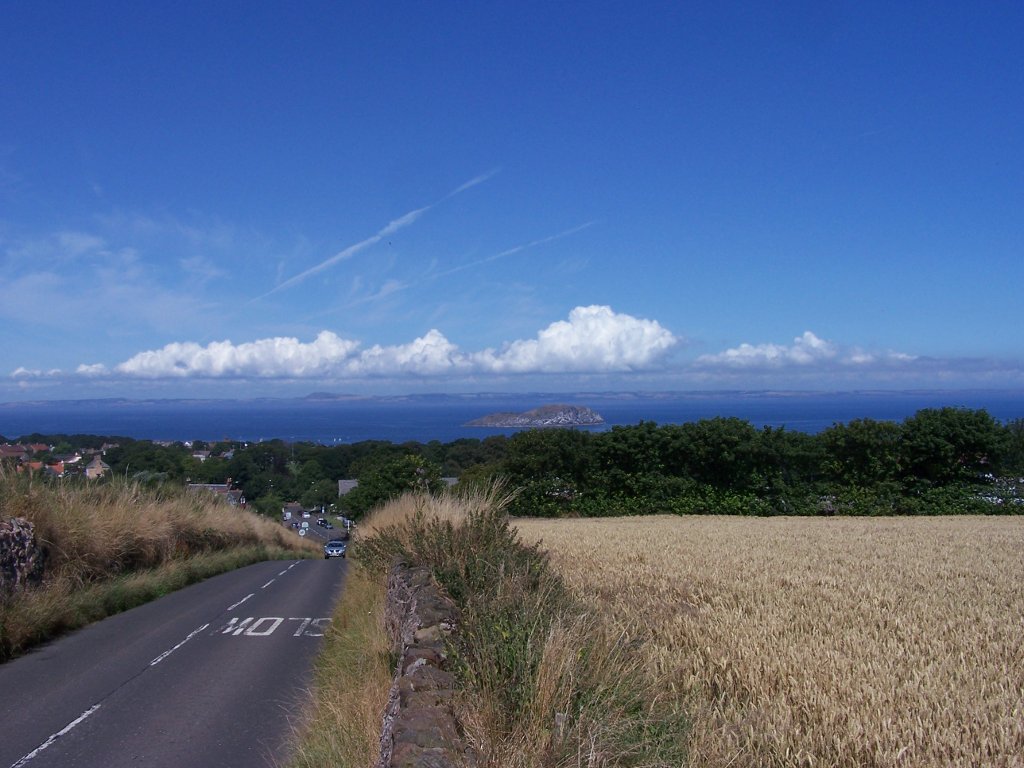 Some rather more enthusiastic convection brewing across the Firth of Forth in Fife. The little island in the middle of the picture is Craigleith: a basalt sill. Elevated viewpoint courtesy of the shoulder of North Berwick Law. 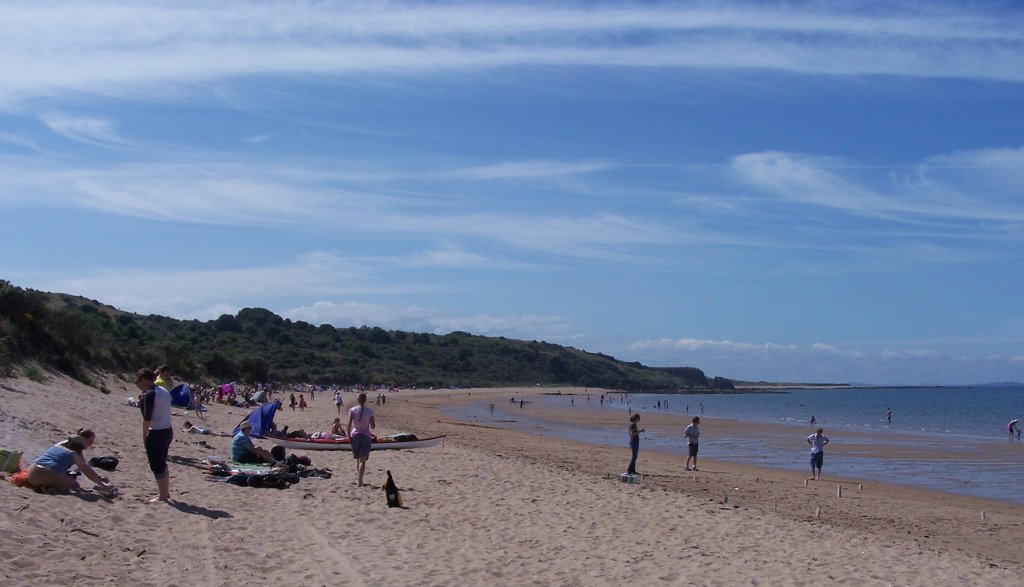 I did make it as far as the beach. The sky is filling up with cirrus at this point, but they didn’t seem to be the immediate precursors of any unpleasant weather. The sky put on quite a varied show of clouds over the afternoon; we cordially disagreed on what they should all be called. The rocks under the beach are more of the calciferous sandstone measures: this time the Strathclyde group. Not that you can see anything of them. The big hunk of rock at the far end of the beach is an igneous intrusion called the Lower Gullane Head Sill.

On behalf of Visit Scotland, I should spell out that the weather in East Lothian is always like this during the summer.

A summer day out / Hugh's Geophysical Blog by blogadmin is licensed under a Creative Commons Attribution CC BY 3.0