On Thursday night we were promised some aurora by everyone from the Guardian to the BGS to the BBC’s “stargazing live” program.  It turned out to be a damp squib; I even got a rather apologetic update on Friday from the BGS’s aurora alert system to the effect that not a lot had happened. (You can subscribe to those aurora alerts here, by the way.)

My time on the flat roof of the house looking at the sky was not entirely wasted as it was a nice clear night. While I waited for my eyes to adjust so I could see the non-existent aurora I tested my digital camera’s astrophotography potential to its rather minimal limits. The camera (Kodak Z740) is a not-very-expensive compact bought in 2009, so a newer camera might well do a better job. The maximum exposure is 8 seconds. Combined with the maximum aperture, fastest “film speed” and the widest zoom setting, Orion comes out looking like this: 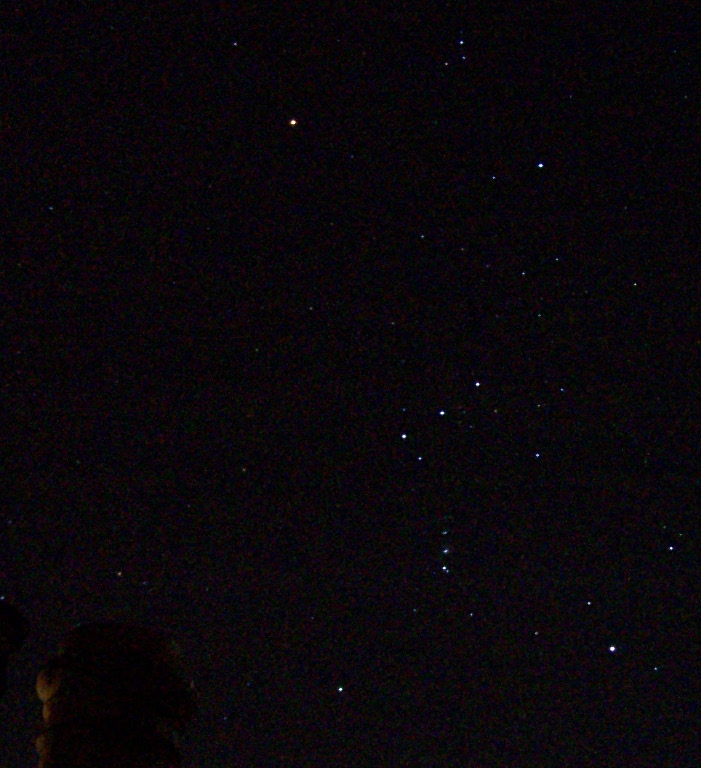 Not hugely impressive, but you can see the major stars and the sword region at  least. And Betelgeuse (top left) does indeed look red.  (The reddish thing in the lower left corner is a chimmney.)  Zoom in on the sword region and you get this. 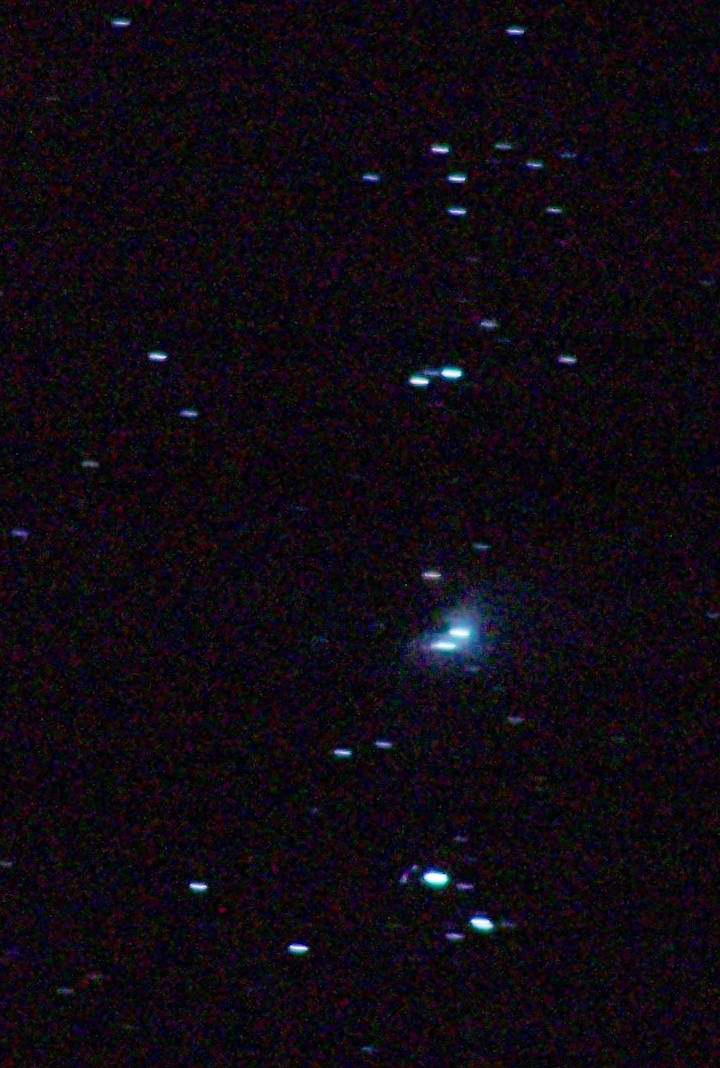 You can see that the Orion nebula is there in the middle, but there is clearly a good bit of motion blur. Comparing this to a star chart shows that the streaks are about 0° 2′ of arc long, which corresponds to 8 seconds of right ascension. So the streaks are caused by the Earth’s rotation, not a wobbly tripod. To do any better, I would need a mount with a clock drive before even thinking about a more suitable camera.

Really, to photograph nebulae you want a night when this isn’t in the sky: 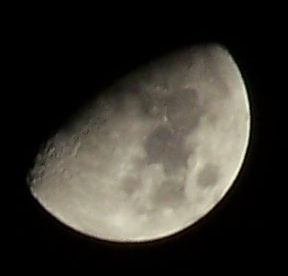 That is every pixel I can get of the Moon with the lens at maximum zoom: it is one of those objects for which a high magnification really does get you more. My effort at Jupiter was too feeble to bother posting.

Aurora? What Aurora? / Hugh's Geophysical Blog by blogadmin is licensed under a Creative Commons Attribution CC BY 3.0

One Reply to “Aurora? What Aurora?”