I hate this time of year. The clocks go back, the bike lights have to be got out of the cupboard, and the work day fills up with tiresome-but-necessary meetings. And the garden starts to look shabby and full of fallen leaves.

I suppose it is time to ask whether it was a good year, in the meteorological or climatic sense. One thing I could ask about this is my whole-season climate-integrating device, or “grape vine” as the uninitiated might call it. 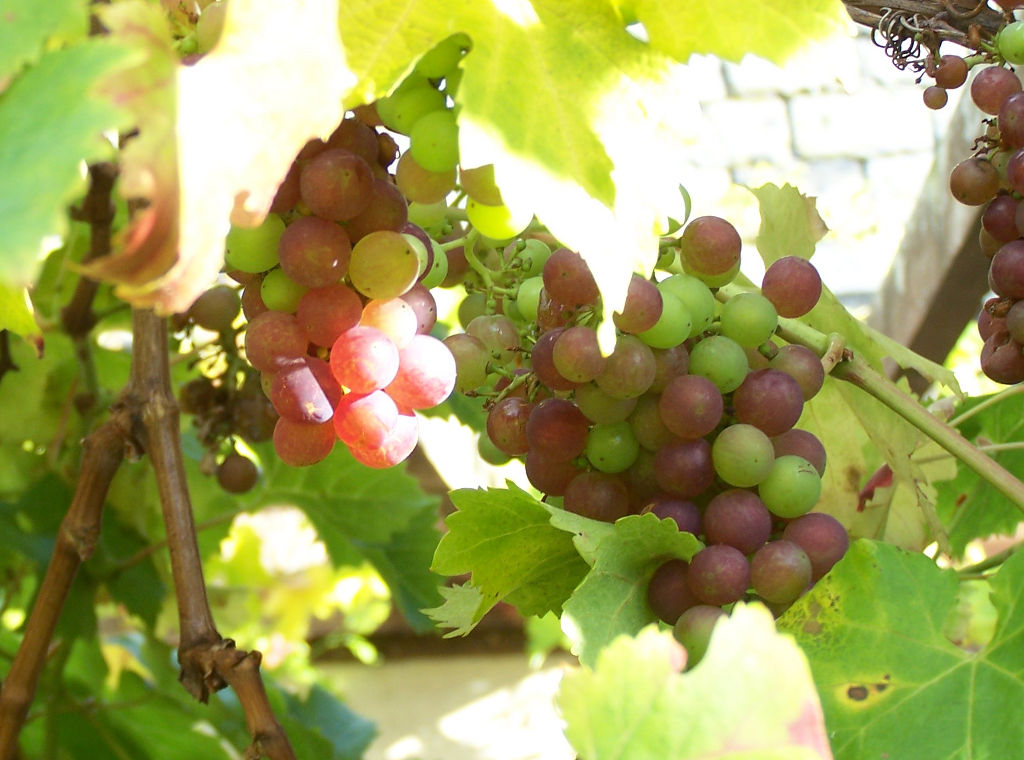 Growing Cabernet Sauvignon grapes at 56°N is a marginal idea at best. I consider it a good year if a bunch or two ripens in late September and I get to eat them.  In a bad year (such as 2012) they are still like little green bullets when the first frost wipes them out. In a typical year, such as this year, they will start to ripen in late October and do not ripen much faster than the blackbirds eat them. I suppose they are at least distracting the blackbirds away from the autumn raspberries.

Given that at least some grapes had ripened at the weekend, I picked all the ripe ones that I could find. There were just enough to make half a jar of grape jelly. 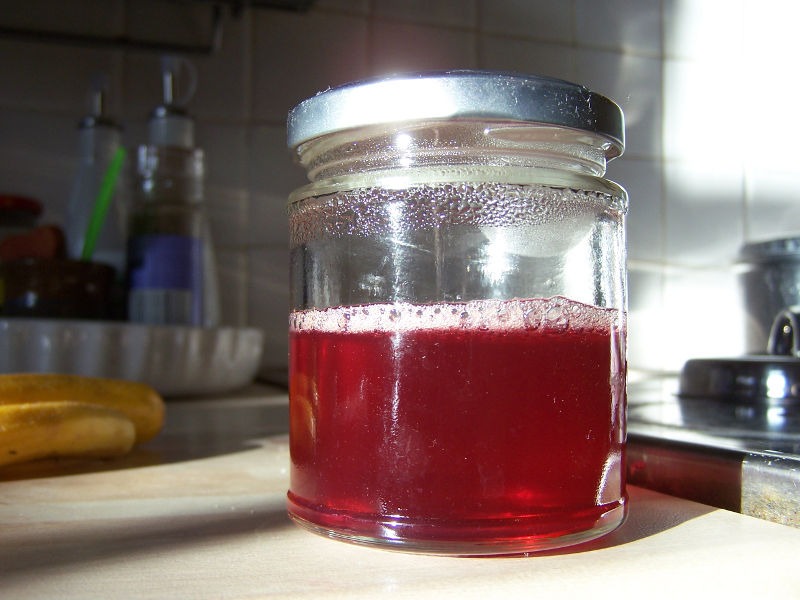 It’s nice enough that it would be worth making some more, should Mr. and Mrs. Turdus Merula leave me a few kilos. It has set nicely and has a lovely colour. It is quite a bit sharper than the grape jelly that Americans put on sandwiches with peanut butter.  But I think some serious global warming will be required before I get enough grapes to make a few bottles of Chateau Dunbar.

Update: A couple of days after the original post I caught Mr. T in the act. The photo is a bit blurry because it was taken from my desk through a window. And because Mr. T was eating so fast. 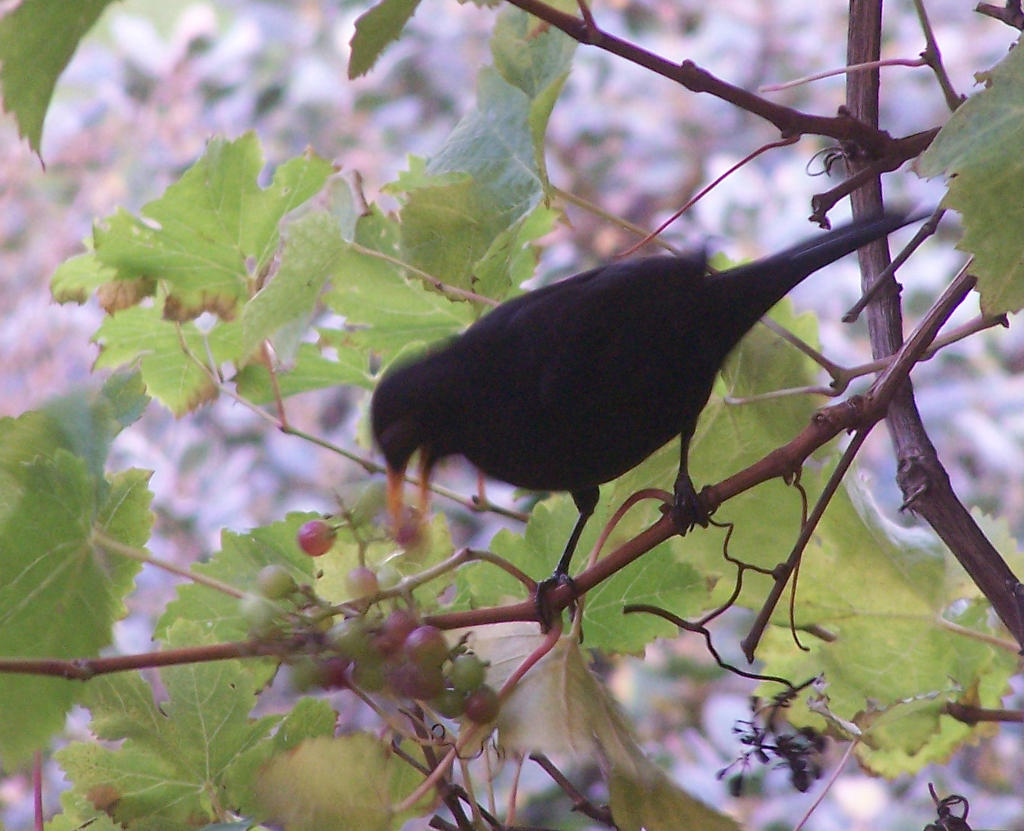 The Grapes of What? / Hugh's Geophysical Blog by blogadmin is licensed under a Creative Commons Attribution CC BY 3.0

2 Replies to “The Grapes of What?”