I saw this rainbow out of the corner of my eye and rushed off to the top floor of the house to get a photo of it. I think I must have rushed too fast because the picture isn’t very sharp. 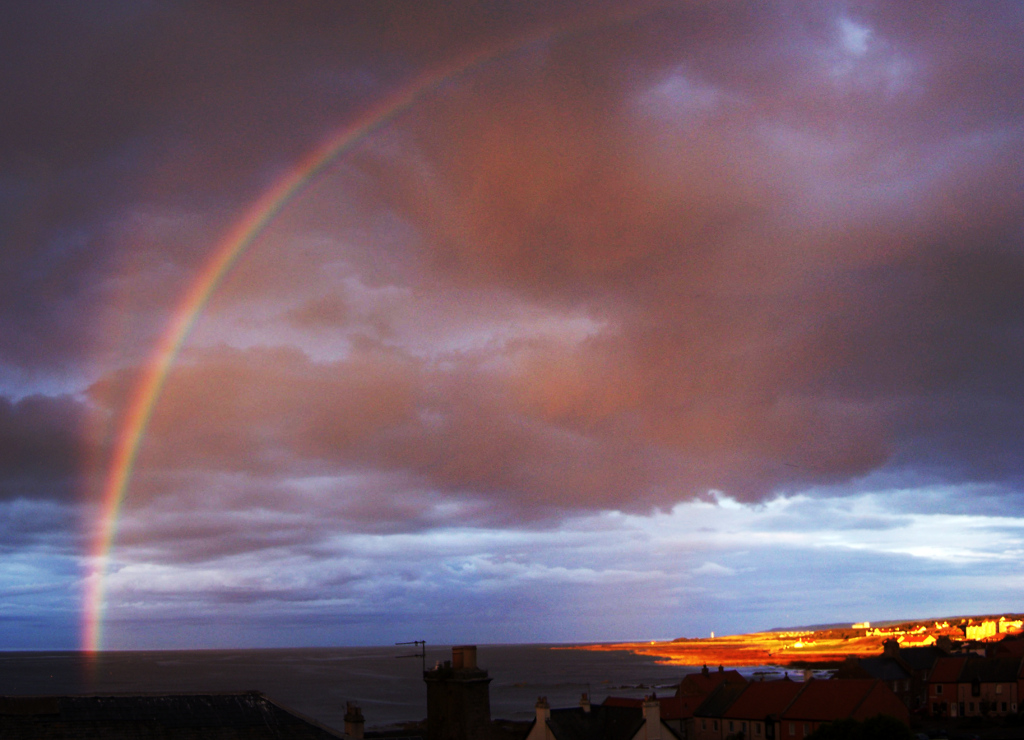 Which is a pity, as it turns out, because in addition to the usual rainbow there is also a reflection bow. This is caused by the sunlight reflecting off the water before it hits the raindrops that refract and reflect it back to form a rainbow.  The reflection bow is much weaker than the normal one; I have marked it with white dots in this picture: 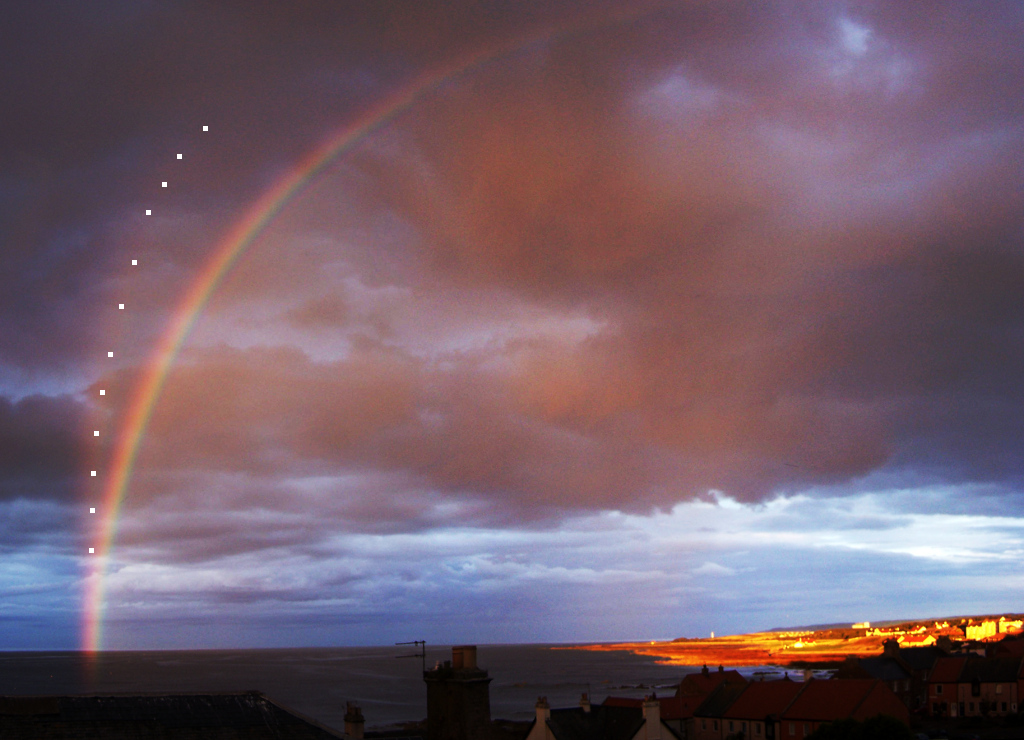 It isn’t the most spectacular example of a reflection bow; the atmospheric optics website has a more dramatic picture and the full explanation. But it is the first example I have seen, so I was quite excited about it. I wasn’t entirely sure what I was seeing at the time, or even if I was seeing it. I had to increase the contrast in the picture quite a bit to make it obvious.

Reflection rainbow / Hugh's Geophysical Blog by blogadmin is licensed under a Creative Commons Attribution CC BY 3.0

One Reply to “Reflection rainbow”