Here’s an update on the War On Nasty Squishy Sawfly Larvae ™, as mentioned in an earlier post. 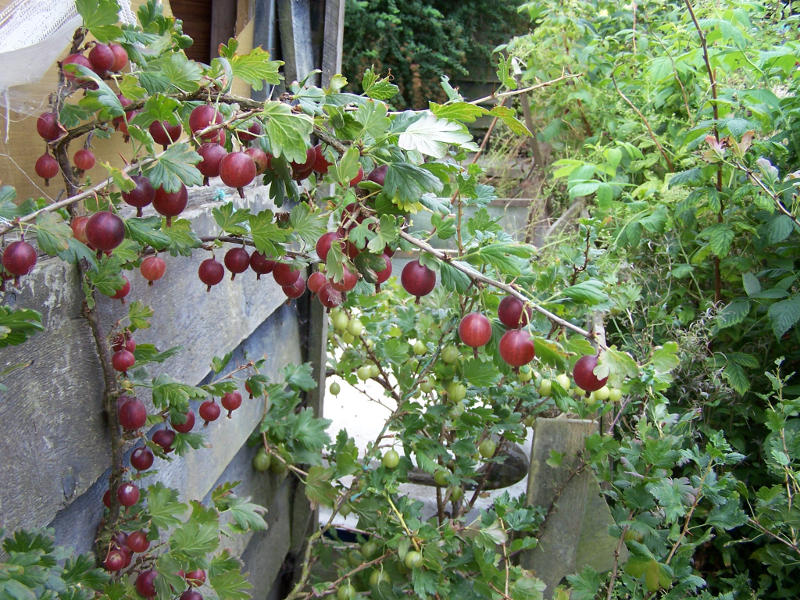 As you can see, the bushes still have some leaves on, not to mention a decent crop of fruit. And unlike some years, there was hardly any mildew. I don’t think that my war can be won, any more that it will be possible to win the wars on drugs or terror. But I seem to have prosecuted it with enough vigour to declare this year to be  a win on points. 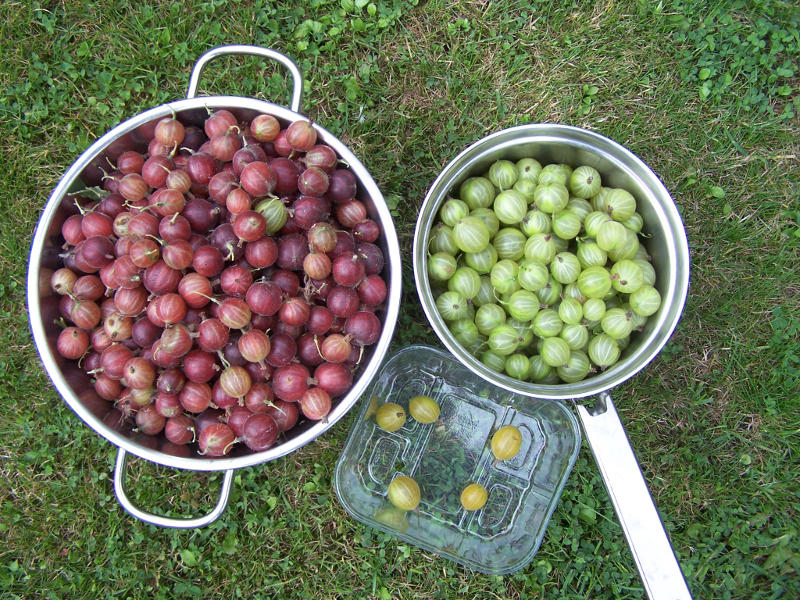 Not only did I get a jolly good load of Whitesmith (green), Whinham’s Industry (red) and Careless (also green, not in picture) but also five yellow ones. These are from a bush that grew from seed some years ago. I left it growing to see what it would do and it has taken until now to produce an eatable gooseberry. Maybe I shall call it “Dunbar Golden Pearl”. 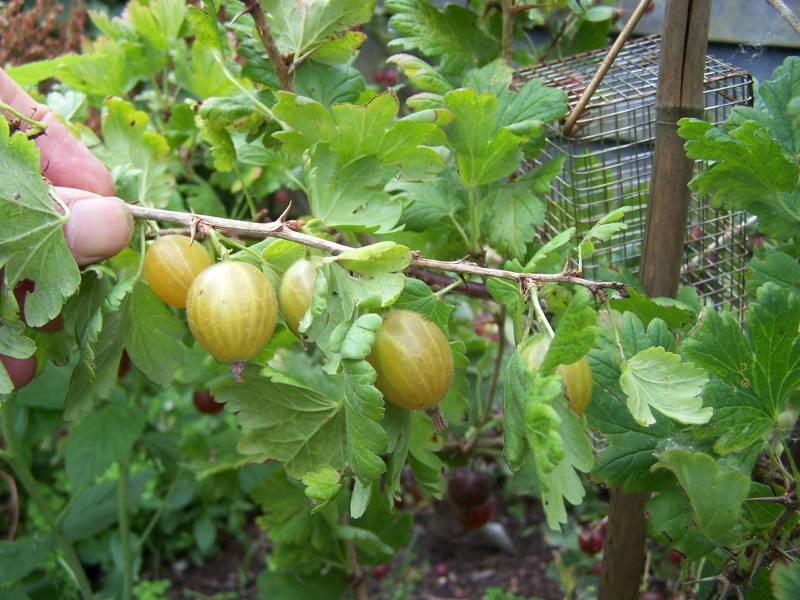 On the other hand, given its fearsome spines and poor fruiting record, perhaps some name involving barbed wire would be better,

Goosberries: the update. / Hugh's Geophysical Blog by blogadmin is licensed under a Creative Commons Attribution CC BY 3.0