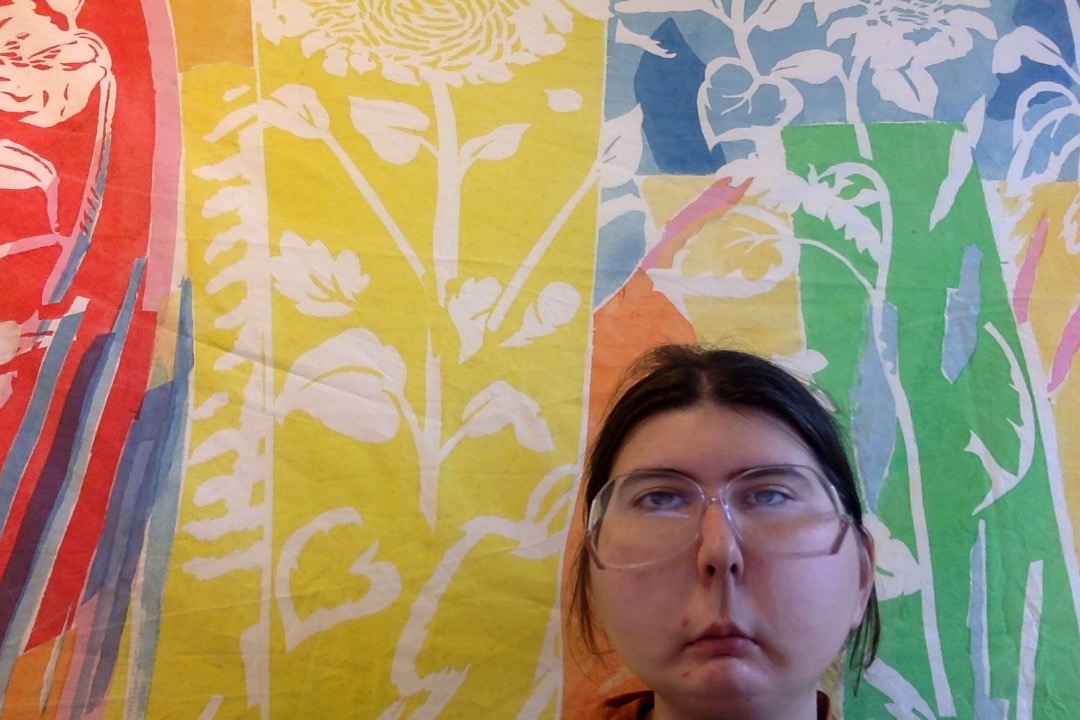 Hi again, sorry itz been so long, i think i have been a bit apprehensive about postin here cause it’s kinda sad 2 think these r my final posts :'( anyways things r comin 2 their finality i guess, as thingz do. Two new thoughts:

-dust sheet: i think i stole this idea from another artist i cant remember, but like i love having this dust sheet background, the textures of makin still embeded cause u kno, why not, why do things have to go out on the pass all polished with no resemblence of anything in their fabrication? (sorry been watching a lot of mastchef so get redy for them food analogies)

-dead plant i have: i do nott want to throw this in for the hell of it, not one bit 🙁 but it looks so cute, my friend explained 2 me once why natural things look so good, something 2 do with chaos theory ? i luv him but we’ll. see.

-I am so used 2 workin so small its gonna b so weird going into eca to set things up, but will b nice :3 i think scale is such a weird one,, it feels like it i need 2 legitimise myself by working as big as poss ut its like so fing hard

also lol had a chat with dr ajioka whomst is a prof at cambridge specialised in toxoplasma gondii! he basically just said there is no direct link between changing behavior in humans! oopsie this whole art project was a lie oh no. he said that the french have are 90% infected with TP ! 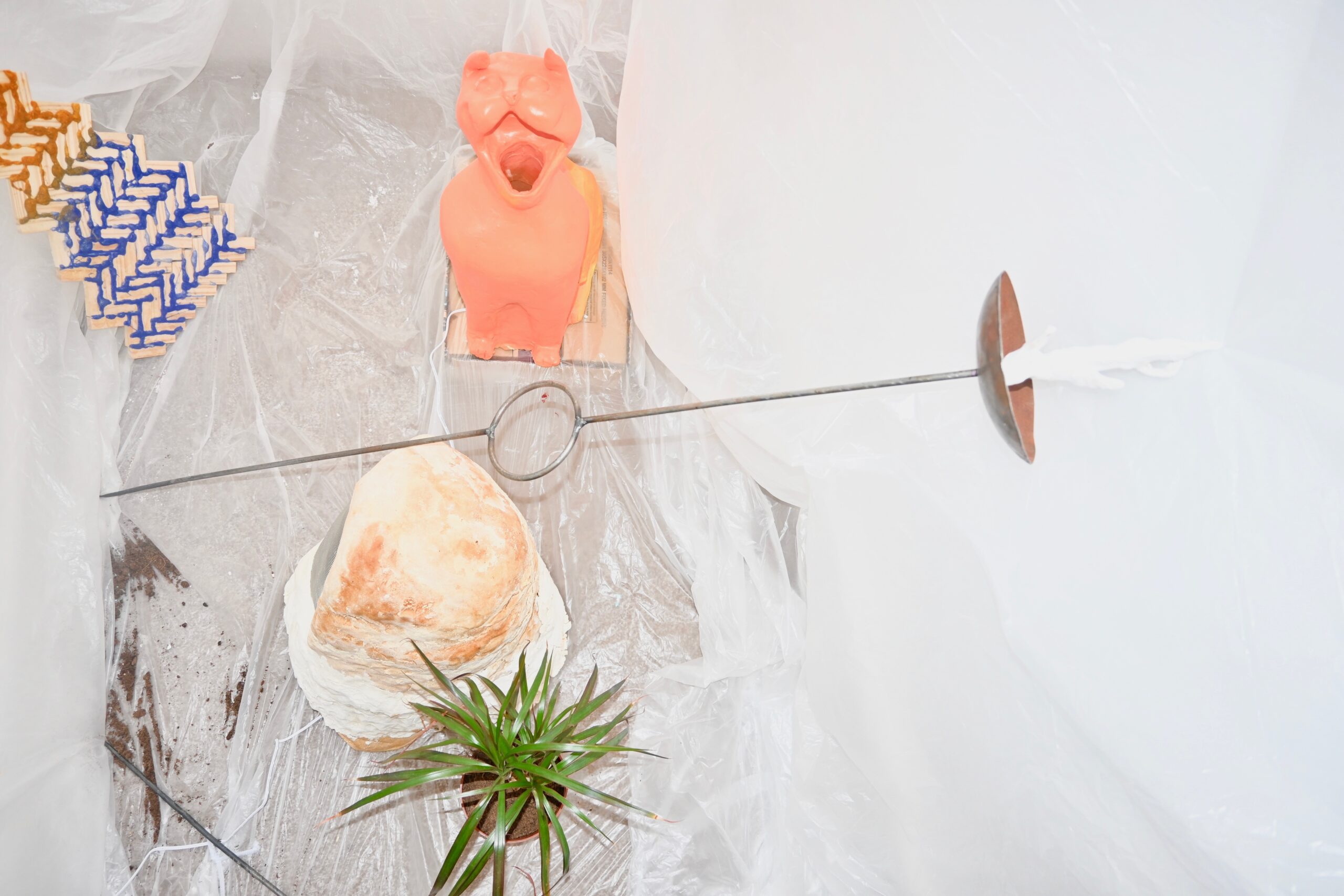 i just want 2 talk about this pic quick lol, its kinda a v bad image but i don’t know it sort of gives methat vibe at a party and someones got a flash disposable camera and catches just like crazay moments. i don’t know it looks kinda like all the objects r havin a party ?

i like the dirst everywhere dats nice like y doth it have 2 b so clean all the timein these professional images, i dont think anything about my practice is v profesh i don’t know, what do u think ? but yea that image is sooo over exposed its barely usable aha. also like weird framing ?

yea so i just read ted chiangs short story ;story of your lif’ and it made me cry and has deeply affected me it is so good. I think i am in love with language, and how the language limits not only our communication but the way we think decide things, the affect of our body on the world. theres a part where she describes this

everything happening at once, instead of time being the billowing behind us like the ash pillar at the end of the cig, the present being combustion, we are in the middle of two unceasing pillars of ash, and there is no combustion. the past is parellel to the future. She talks about the book of ages, a concept that imagines a book that has every single event written down in it that has happened or will ever happen. The paridoxical nature of reading from it, how knowing the future and still performing the script and saying yes to it, ugh i love it.

but yea this has conencided with my first experiments in the salt growing, and i didnt really know what forms it would take and just did random letters but now i know what i am gonna do:  write out the poem again, but with the letters out of sequence and all at once in a massive pile in the center of the room. that is what i will do.

1- the icelandic erruption, although small slow and viscious I feel  this eruption has also affected my own self. The so2 and other celestial and ancient matter being emitted into our atmosphere calls upon our own cosmic horror and fleeting nature.

2- smell cube : this is a way to represent smell in a 3d way 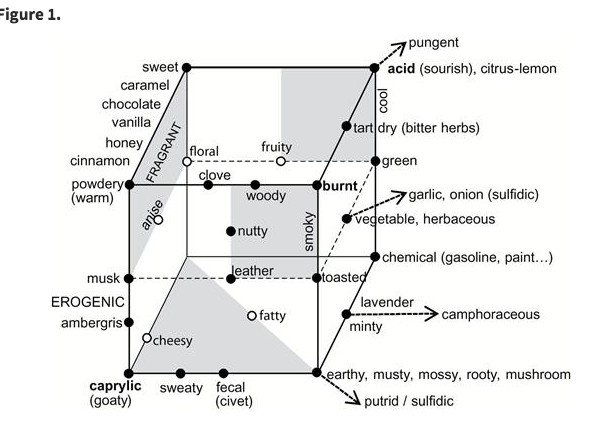 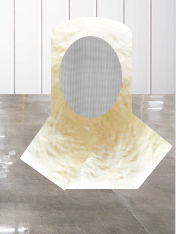 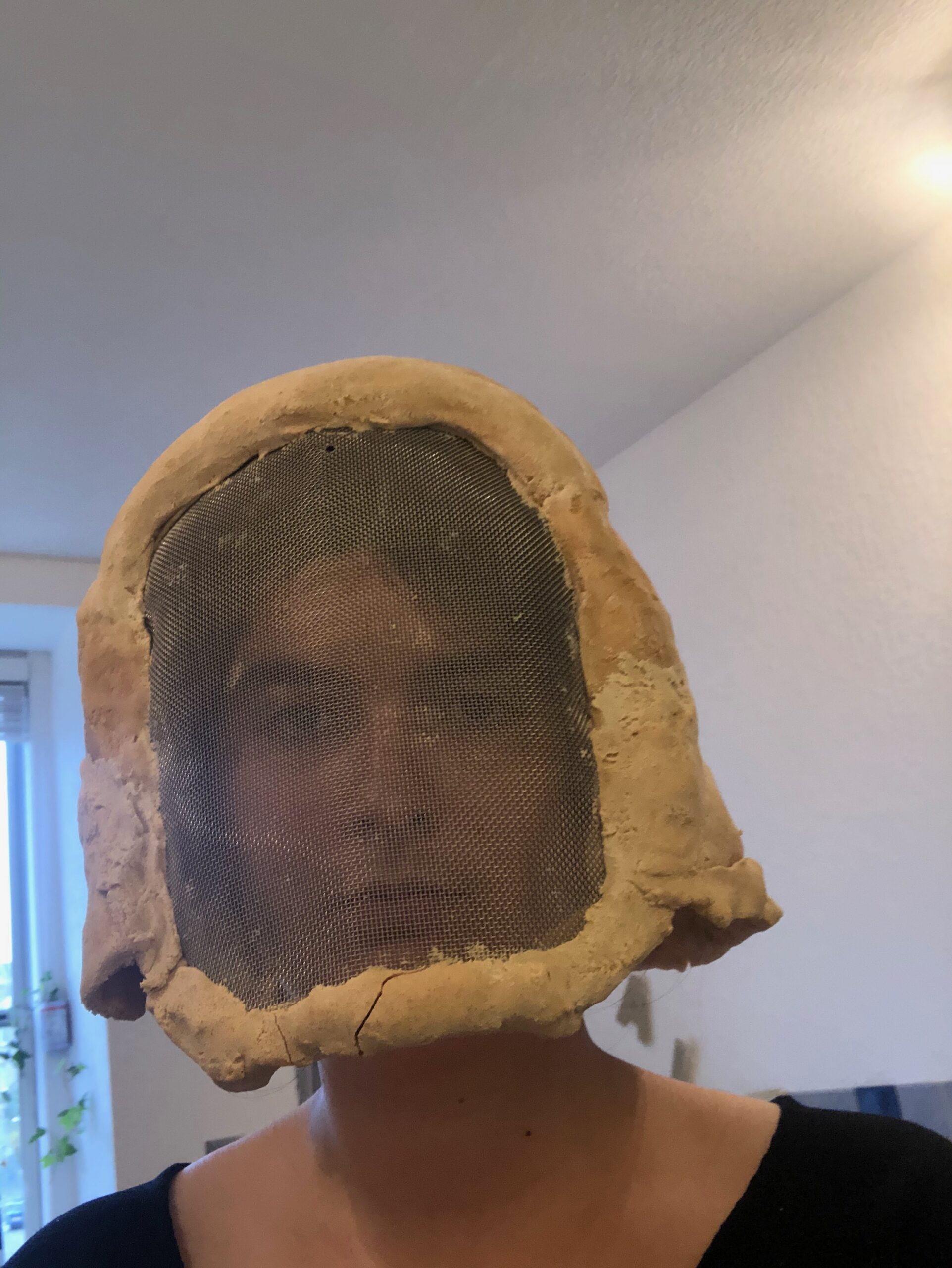 made mask almost done need to get more flour and salt. wow my neck is long lol. 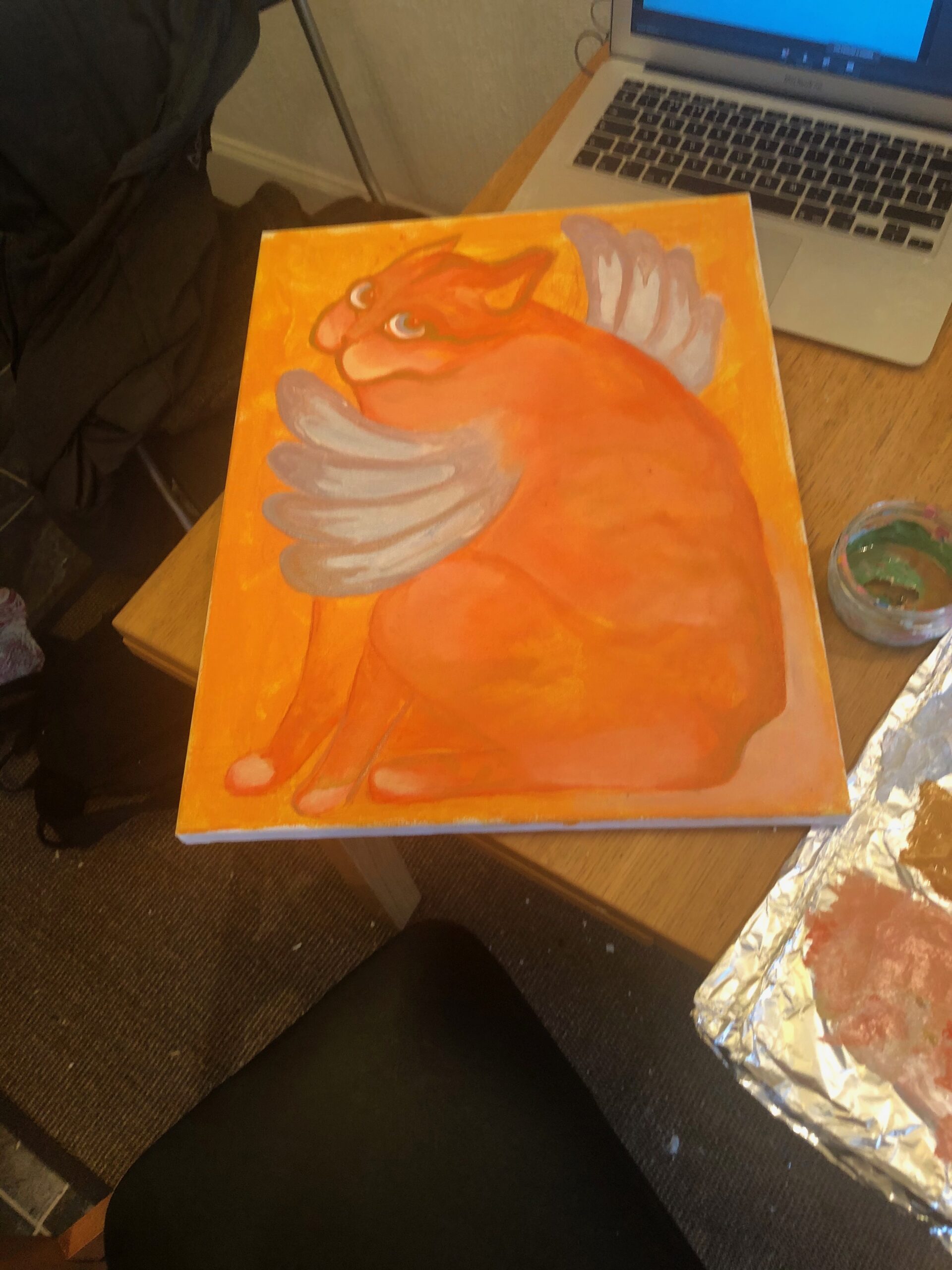 new cat painting. how does one stretch a canvas? 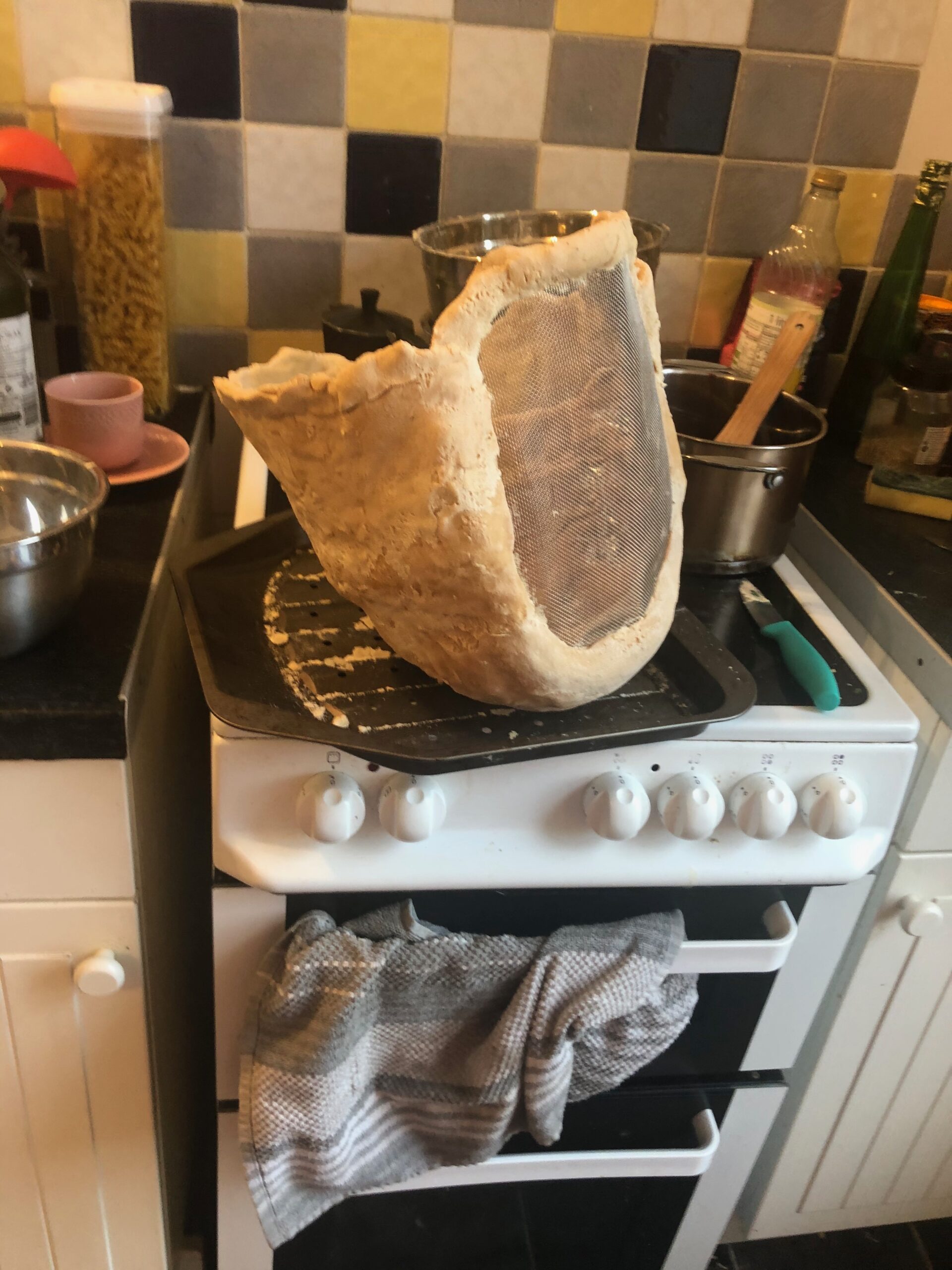 mask fresh out the oven!

Orange cat, who is he ? he is the tom cat, he monitors and purveys the space making sure its all free of outside influence, he is an omen, a risk taker, he represents the many ways we consider the outside and the inside.

Why the cat and butterfly wings? Well he s the boundaries of the fairy-tale and he cat tail the real the false the constructs, she is diaristic and epitomising. For me the cat with wings encapsulates that flippancy between the tame and wild that cats seem to represent. I think I drawn to these also because I find myself on this same sort of female boundary. 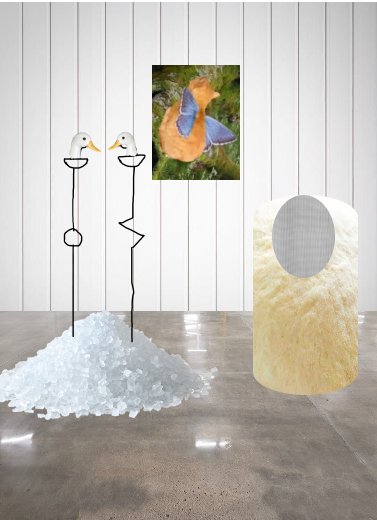 sooo on the right, a pile of home grown rock salt in a pile, with the two flocked swords coming from it, a painting of a cat with butterfly wings, a salt dough fencing helmet/ monolith. 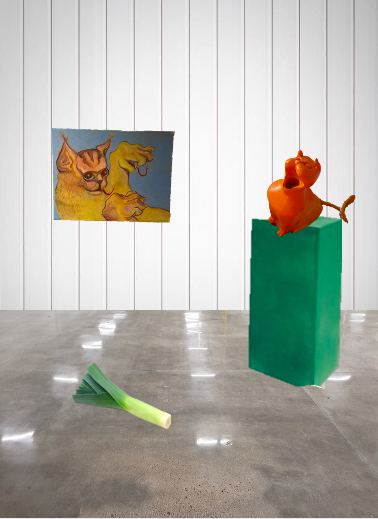 ON THe right ‘u look familiar’ painting, ramp-age, then mourning breath on a flocked plinth.

i don’t know something like this? tbh could all change depending on the day the space how im feeling. here r the components anyways. lots of things 2 do and make.

here is the video of me talking about the prophesy. I mess up a lot but it was fun nonetheless. My flatmate came home at the end which is why it ends abruptly. 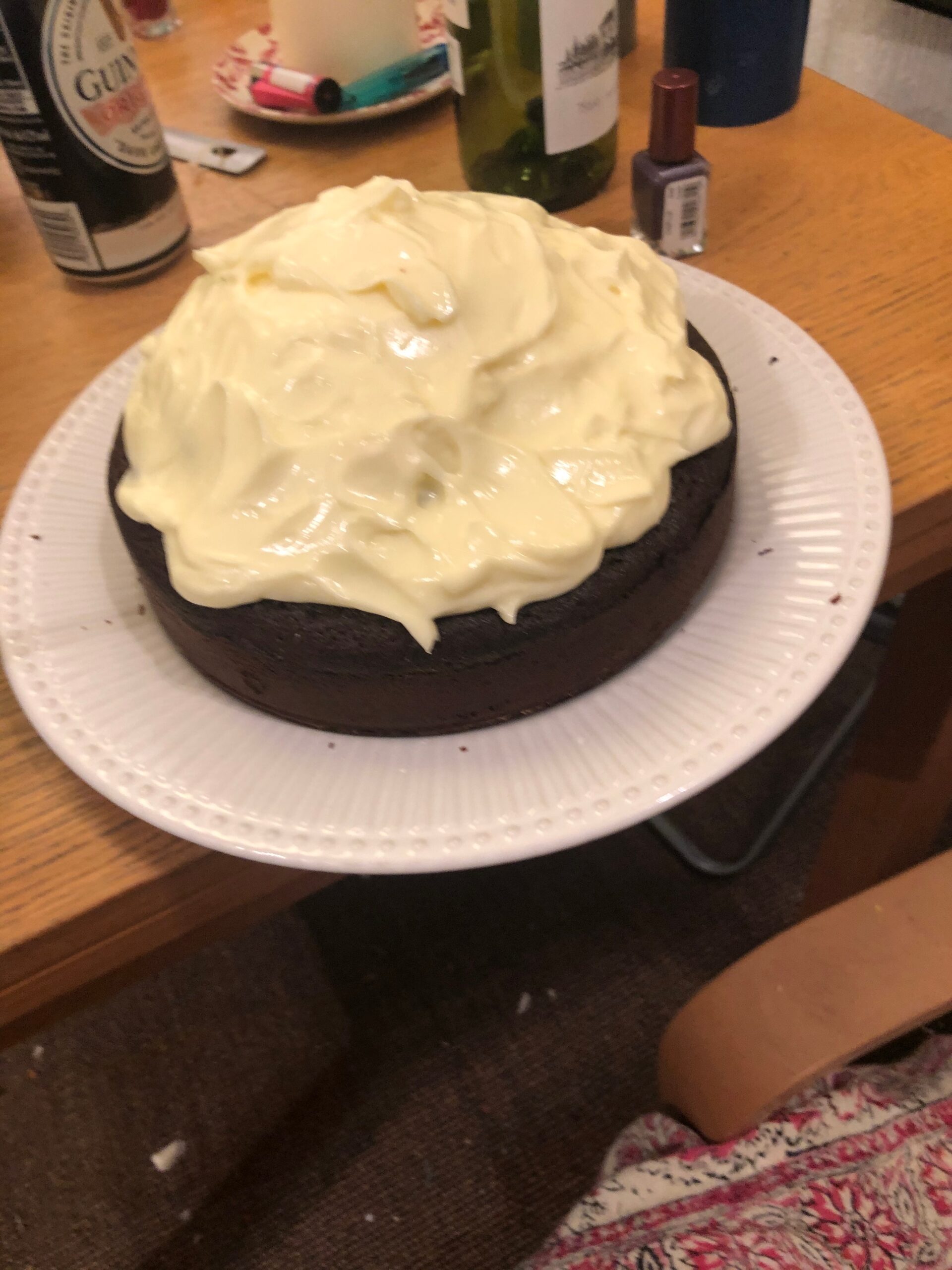 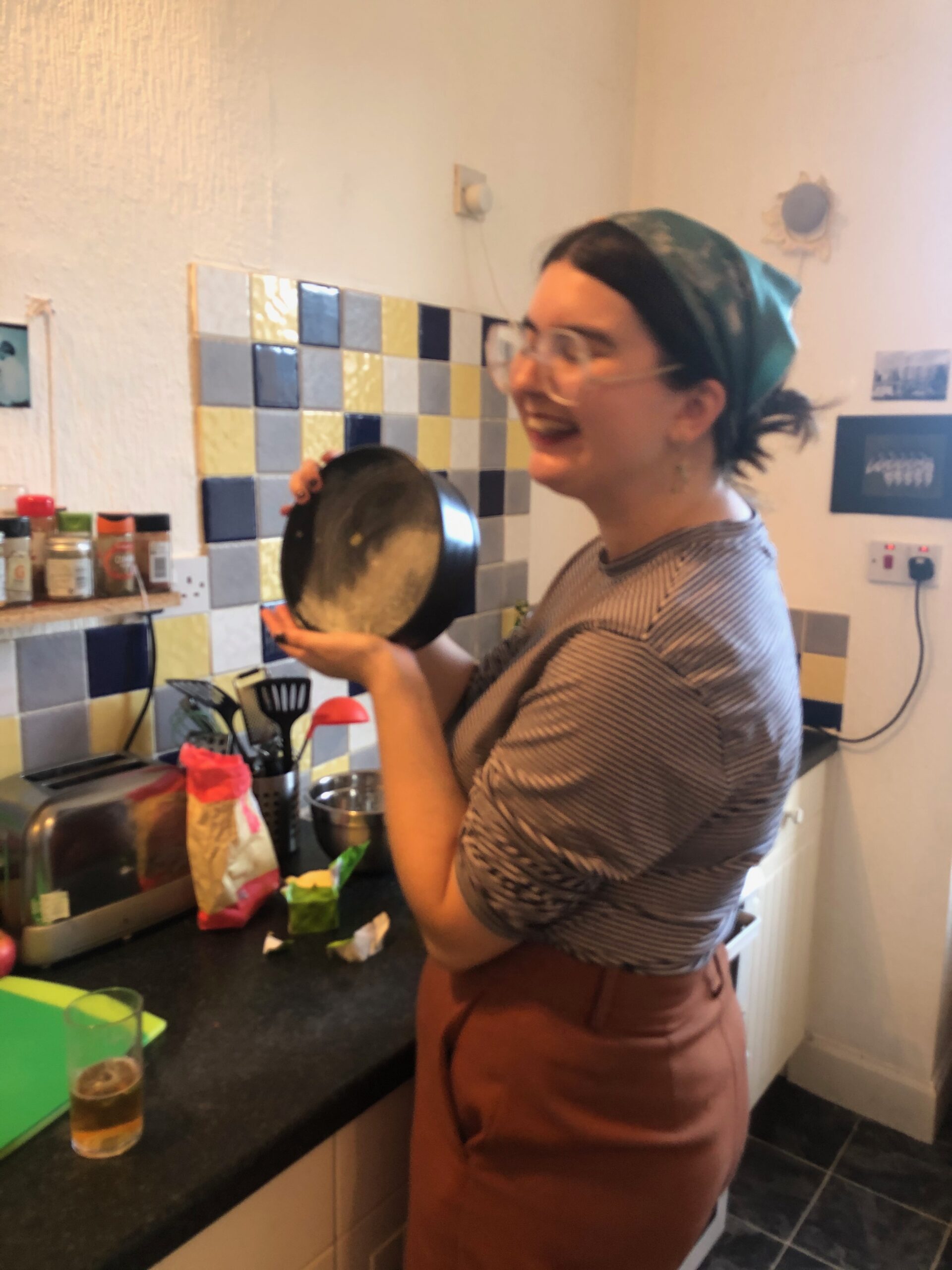 I made the cake it was very fun, I had cake for breakfast. 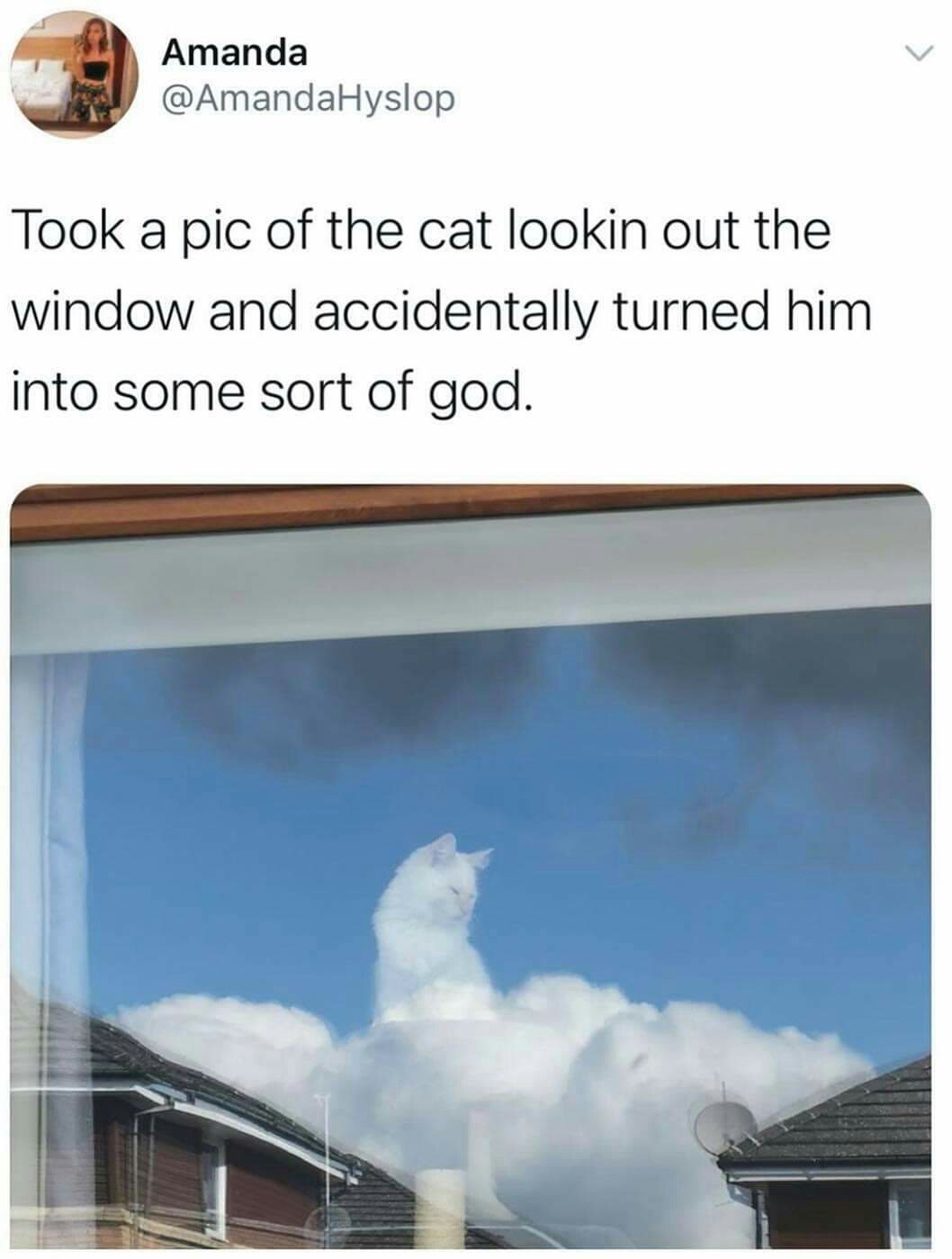 so this is what i will make next:

-i mean first of all this afternoon i will make nigella’s Guinness cake because I really want to make a cake.

-I would like to make a candle that is a birthday party hat, and is hollow and the wicks meet in the middle to form a strap. I want it to have glitter in it.

Again my feeling is that i dont have any tethers rn, they’re all sort of floating. they’re all also quite small but i dont know how to work bigger rn :// 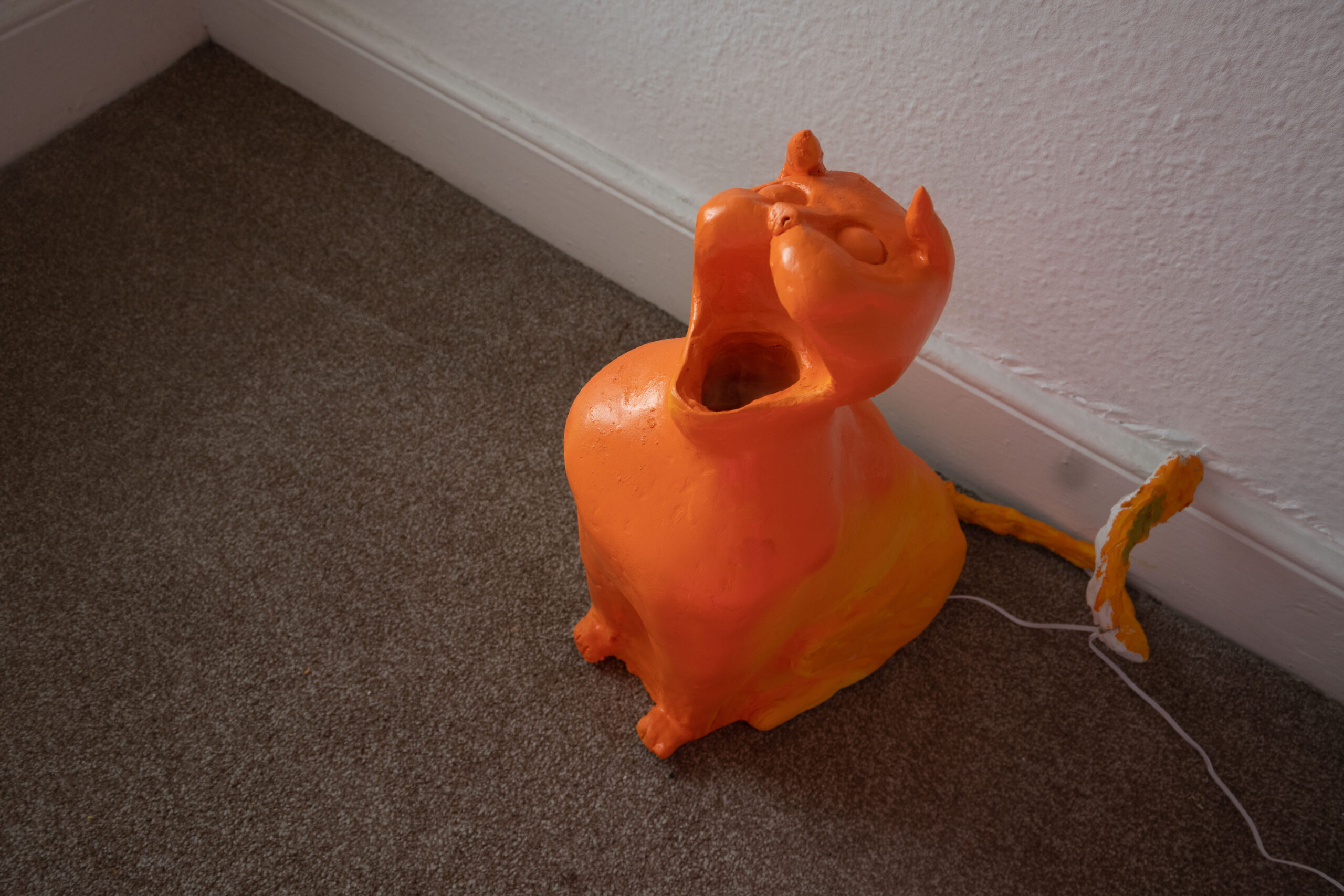 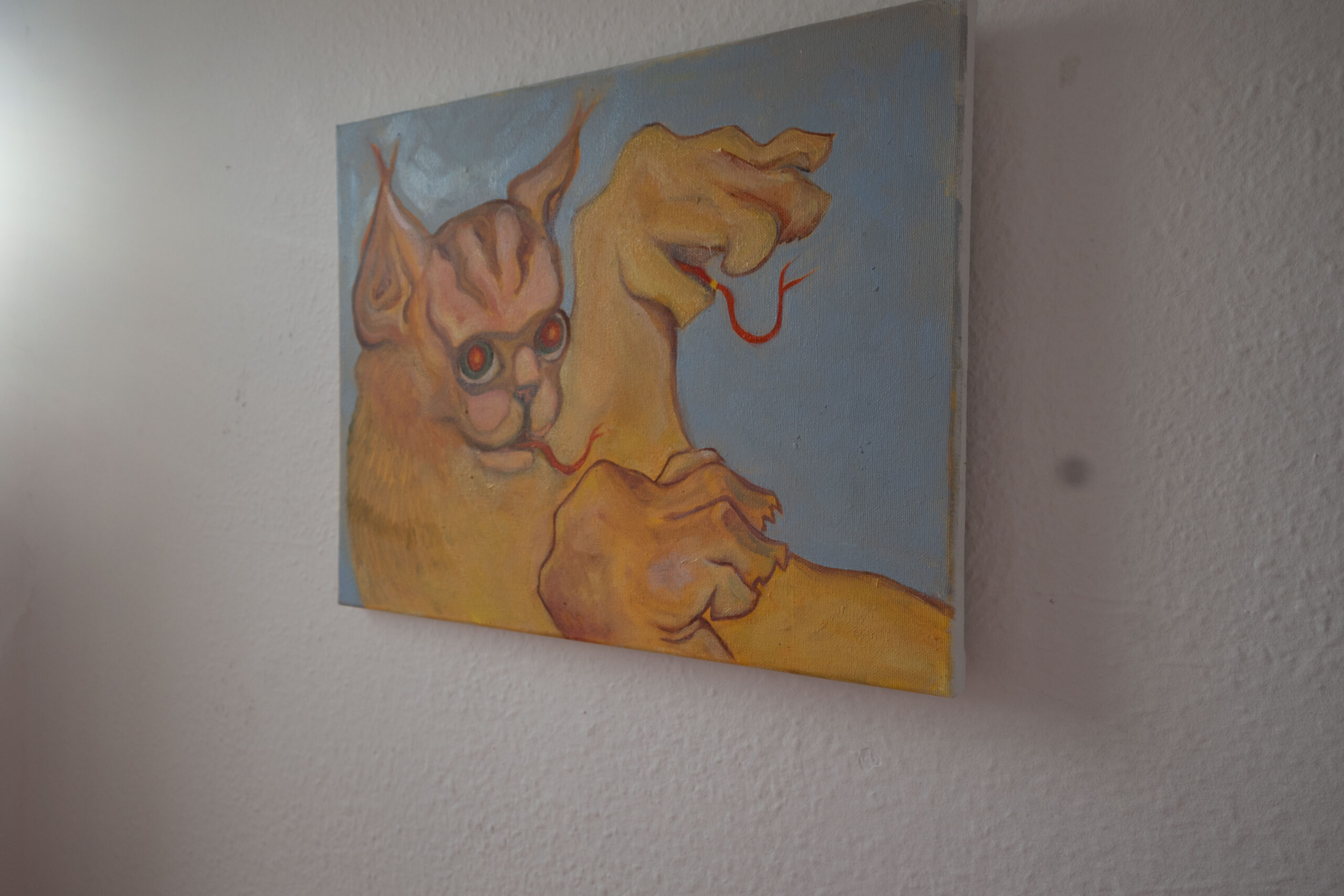 “u look familiar ?”  oil on canvas 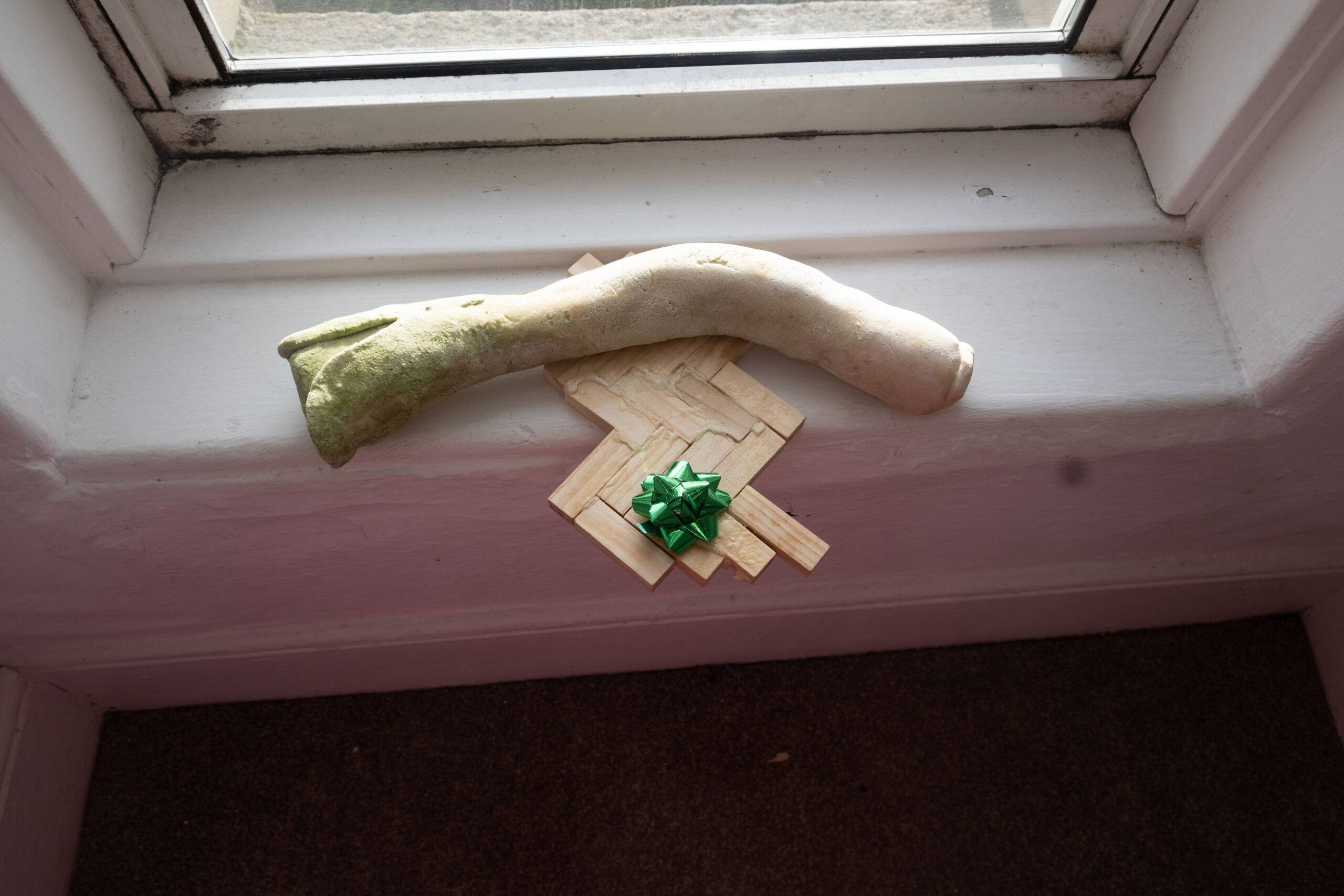 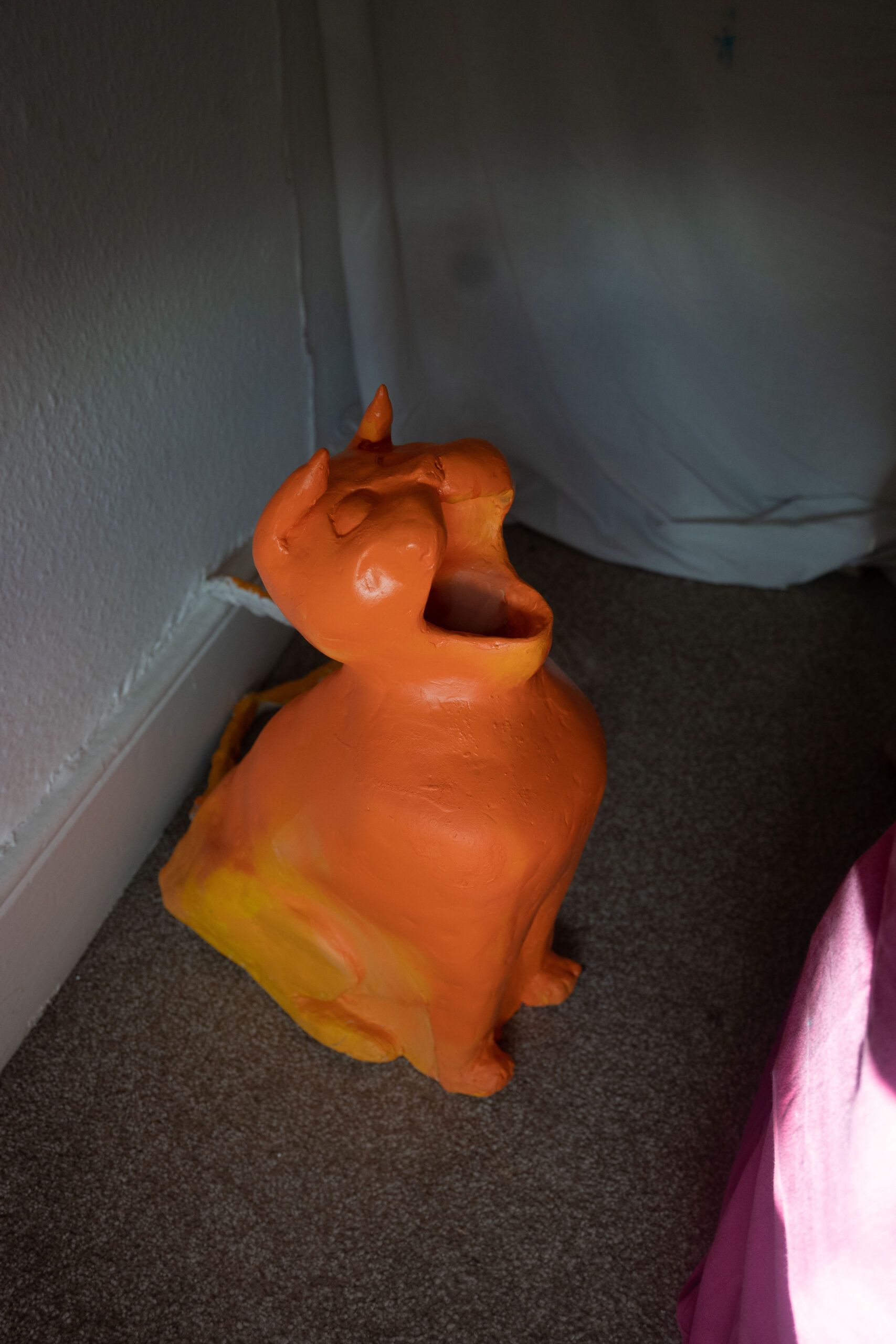 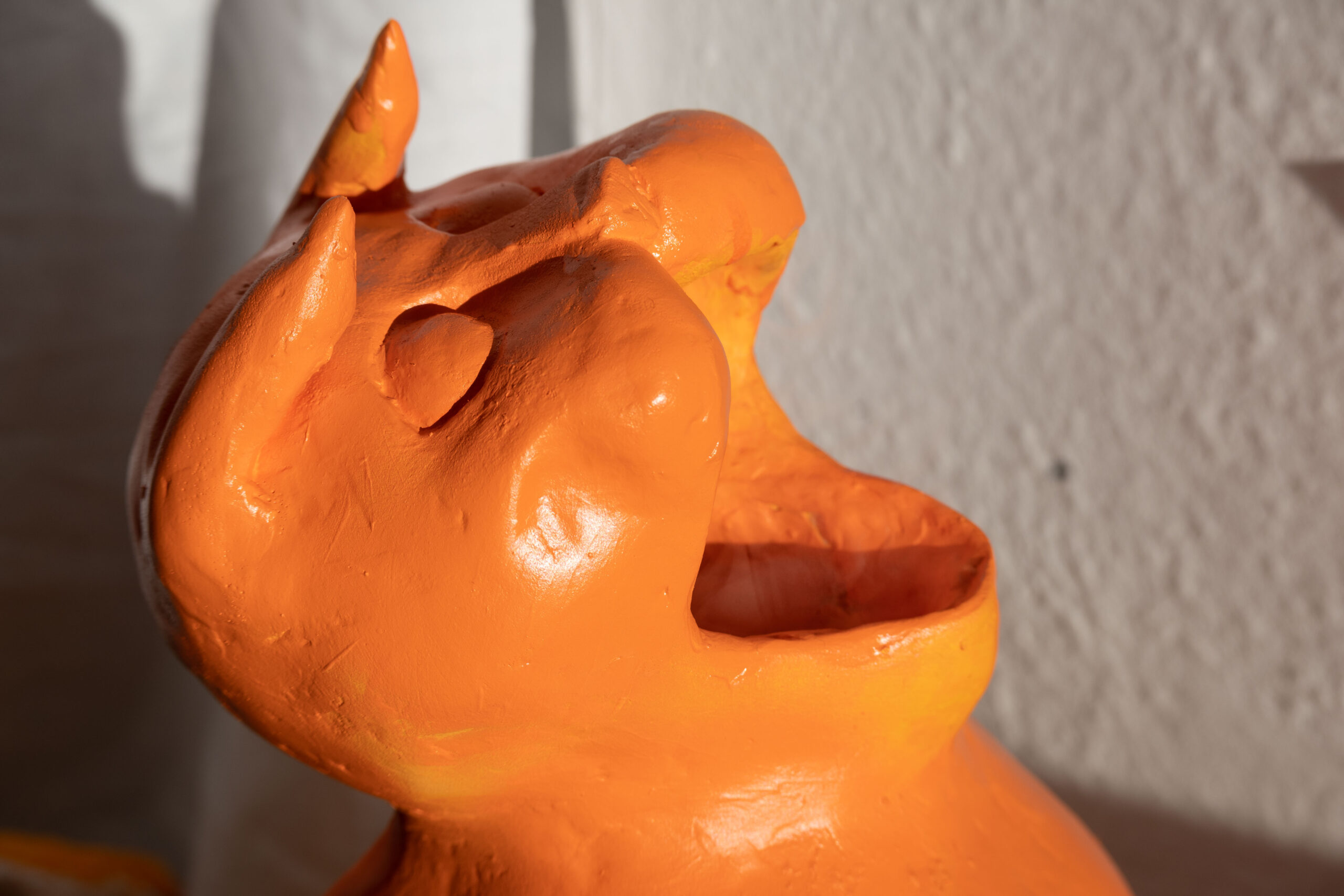 anyways i wrote this this afternoon, i don’t know why, mayb its because i ate such good leek pesto and also had a delicious ginger shot and kombucha lol. all the good energy channeling foods. anyways this is a poem about lil mice bbys, tryin 2 emulate them angela carter twisted fairlytale vibez, is not v good, but oh well:

She was born, a Sooterkin,

Crawled from that space

“Oh, the pelted-power of a skin

On backwards and flesh-side in!”

Swaddled and cradled her child

And named her Mildred

She was fed on a diet of cheeses

Blue and brie and goat and gouda

Until she turned the ripe age of 10,

And then, she found herself

The verso reversed and pellis prevailed

Until the signature itself

could only be read backwards.

Her flesh side becoming skin side

As to be expected, the mother found

This new human child to be grotesque

And picked up her broom

And swept Mildred straight out the cat-flap.

I am in a much better mood than the last post, Ive spent a week going for walks, slowly making things and cooking delicious food which has all round improved my outlook on life. I have got very much into researching ramp, or flowered wild leek, which is an invasive species in edi. I had a walk along union canal until we got to the aquiduct, then we decended to the lower level and got onto the waters of leith at slateford. after following the river int the lieth direction we came aross absolutly loads of wild leek. I picked a little bit and brought it home to make pesto. on my way home i went into a shop and found the most incredible piece of ginger. 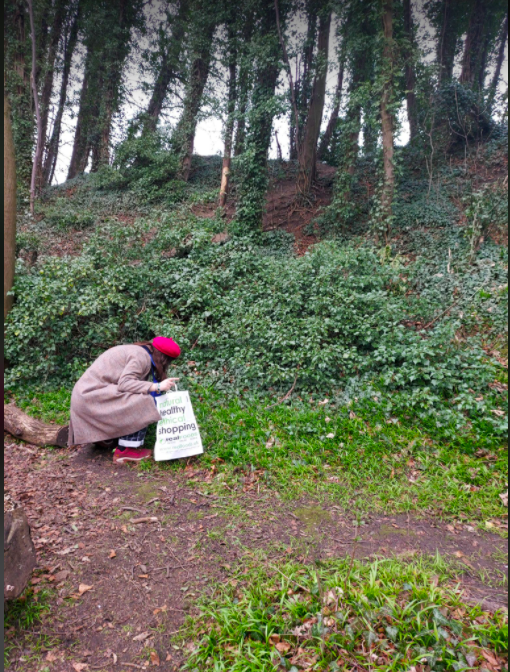 also look at this pub that has half fallen into the river! 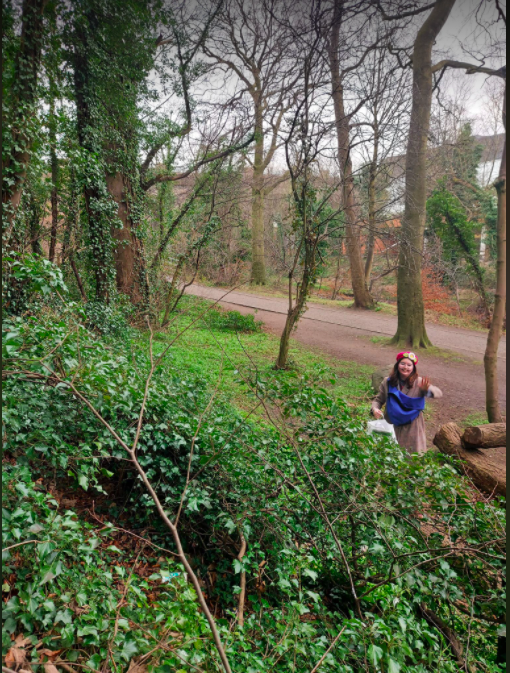 sooo, not only have i made possibly the most delicious pesto ive ever had, but also i have made a salt dough leek, coloured with wild leek. 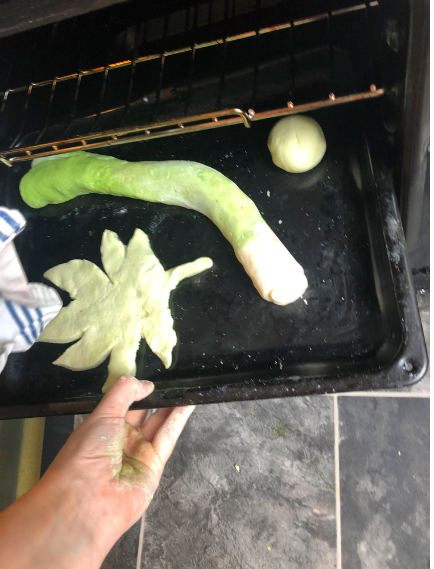 I like like like this process. I say ‘hello this is wild leek, it is very much different to normal leek. it is invasive, and is killing off all the wild garlic. it was introduced by an estate (throwback to lawns/monocultures and how bad they are) and is not good. there is dialogue between wild and tame again, selective breeding applies to both cats and leeks, intresting to create the form of the cultivated variety with its ansestor.’

Imagine making a lifesize version of yourself from the ashes of your dead grandmother.

ecology is a mesh, it is irelevant and un-chaactirsable. I think again of the wild leek as having some kind of hauntology also, she is irrelevant in the frame of produce, but she still resides wild-ly on the banks of rivers, reminding us of where the leeks we get in the co-op come from. i don’t know, im finding this hard to articulate.

I also made a weed leaf, lol.