So basically I was just looking into the history of forest gate in east london (my home), specifically a green belt of land i live next to, wanstead flats. There are loads of war relics dotted about which is super intresting, includingthe concrete ruins of an itallian prisoner of war camp. One thing i found out was these metal structures that I assumed were for tying up cattle (the flats had been used as the last watering hole/stop for farmers before they sold their livestock 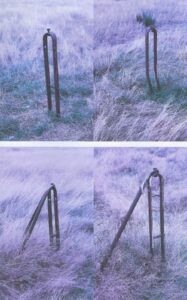 This got me thinking about the sculptural contexs of barage balloons, ephemeral and byoant compared 2 thier rusted metal tether counterparts. Upon more research I came into contact with a really odd little comic that came out during world war two for childern, trying to aclimatise them to the new presence of the barage balloon floating above them rather ominiously. 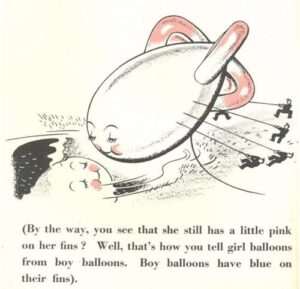 This weird anthropomophic and feminine image really started to fester as I got on with other cat paintings. so beautifully illustrated, tho it makes me think of that scene in gr8 gatsby where all the women are like floating they’re so full of hot air. “The only completely stationary object in the room was an enormous couch on which two young women were buoyed up as though upon an anchored balloon. They were both in white, and their dresses were rippling and fluttering as if they had just been blown back in after a short flight around the house” (that one). I love this idea of floating away, but being tethered to something u kno, and how these tethers in the case of the barage ballon are so solid they’ve existed for like 100 years almost.  Idont know if i want to like focus on the ballon aspect or the tethe 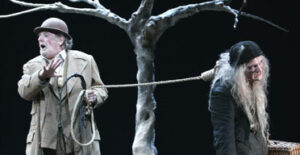 r, i think theyre both v v intresting and sort of work in tandem, like the ligature of the rope in waiting 4 goddot between lucky and pozzo. Who is in charge? the rope and the tether only exist because some1 thought that the barage ballon/the ladies in gr8 gatsby/lucky in waiting 4 goddot needed 2 b tied up and taimed. what happened to all the barage ballons in the uk when their ropes were cut ? did they just like fly away ? why didnt they un-earth the tethers? sorry lots of q’s not many a’s.

Blossom the Barage balloon and ligatures. / Jasmine Forbes / Art Practice 4 (2020-2021)[YR] by blogadmin is licensed under a Creative Commons Attribution CC BY 3.0

One thought on “Blossom the Barage balloon and ligatures.”