At long last it is nice to be out in the garden again. And the blossom is out, so I have been pottering round eyeing it up and wondering what fruit I am likely to get later in the year.  First out was my apricot tree, which has survived its first year and made a rather tentative six flowers this year. 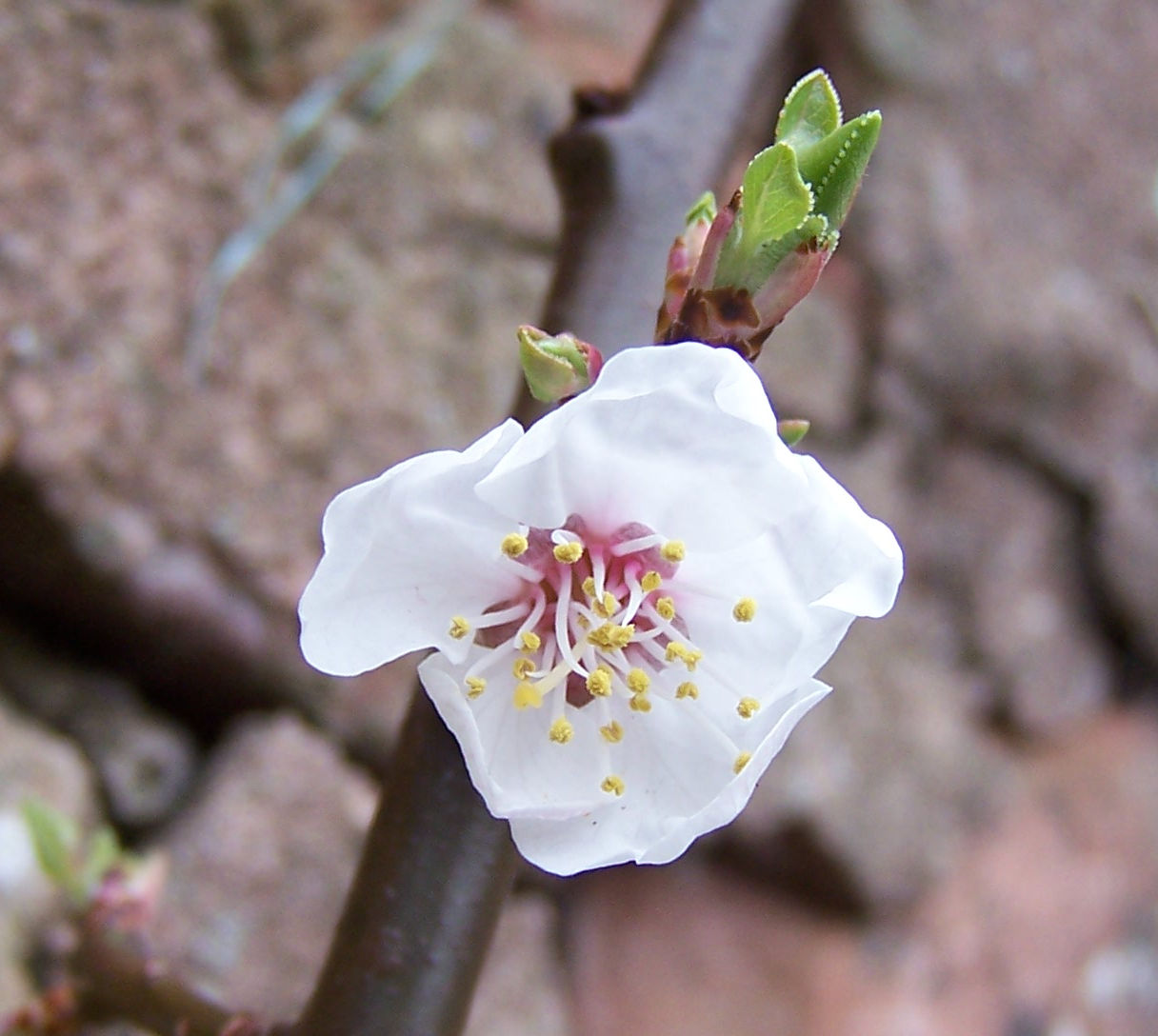 They are very attractive, but I am not hopeful of a great conversion rate into apricots; not until the tree is a bit bigger at any rate. The early flowering date (the picture was taken on 15 March, nearly a month ago) means that I may not be much luckier in future years, but you don’t know until you try.

The cherry tree we planted at the same time is flowering right now: 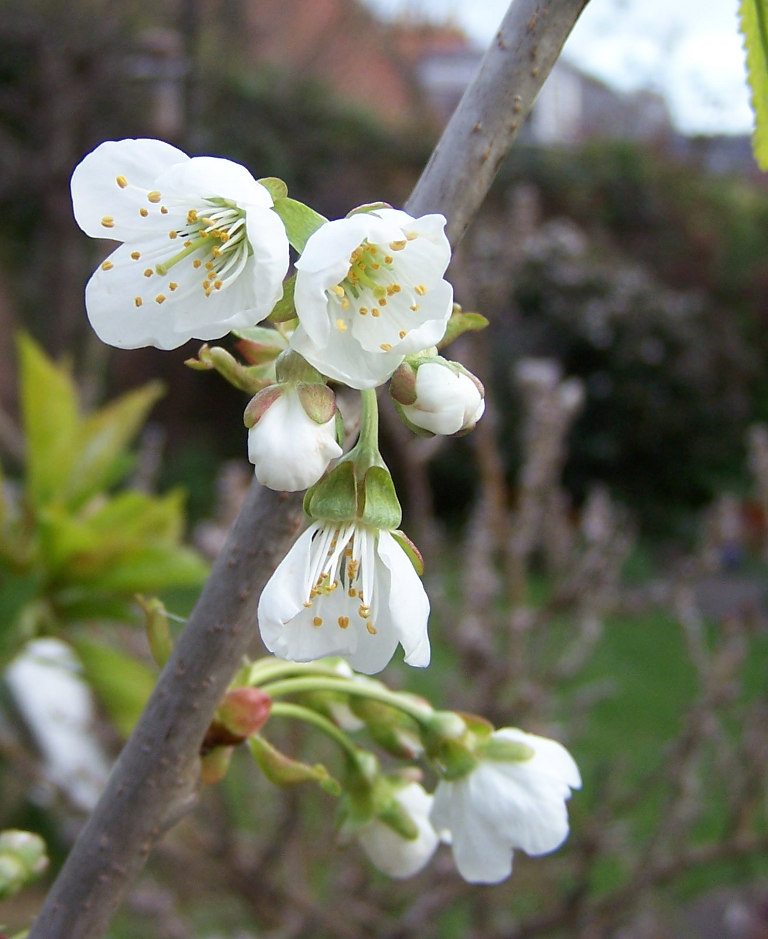 Other people get cherries at this latitude, so I don’t see why I shouldn’t. The trees in Holyrood Park produce lots. And there are often plenty left above 3m and none left below, so I think that people eat them faster than birds do. Fingers crossed.

Fingers crossed for the gooseberries as well: 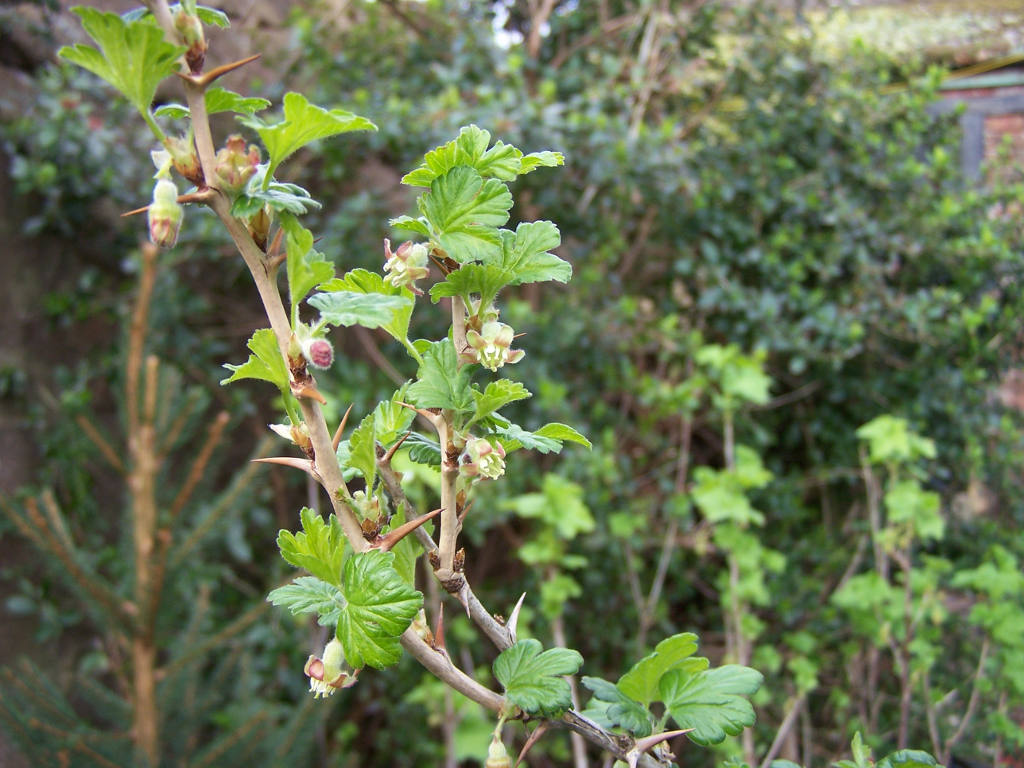 This is my lovely Whitesmith bush: big fat green ones that taste great raw, should I get any. The bush is covered with flowers and there is as yet no sign of my mortal enemy the sawfly larva. (Mind you, it was mid-May when I posted about them last year.) I have dug the bush up and moved it somewhere else over the winter, but it does not seem particularly bothered. The new position has more space: I am hoping that I will get less mildew and be able to pick the gooseberries without getting scratched up quite so much. 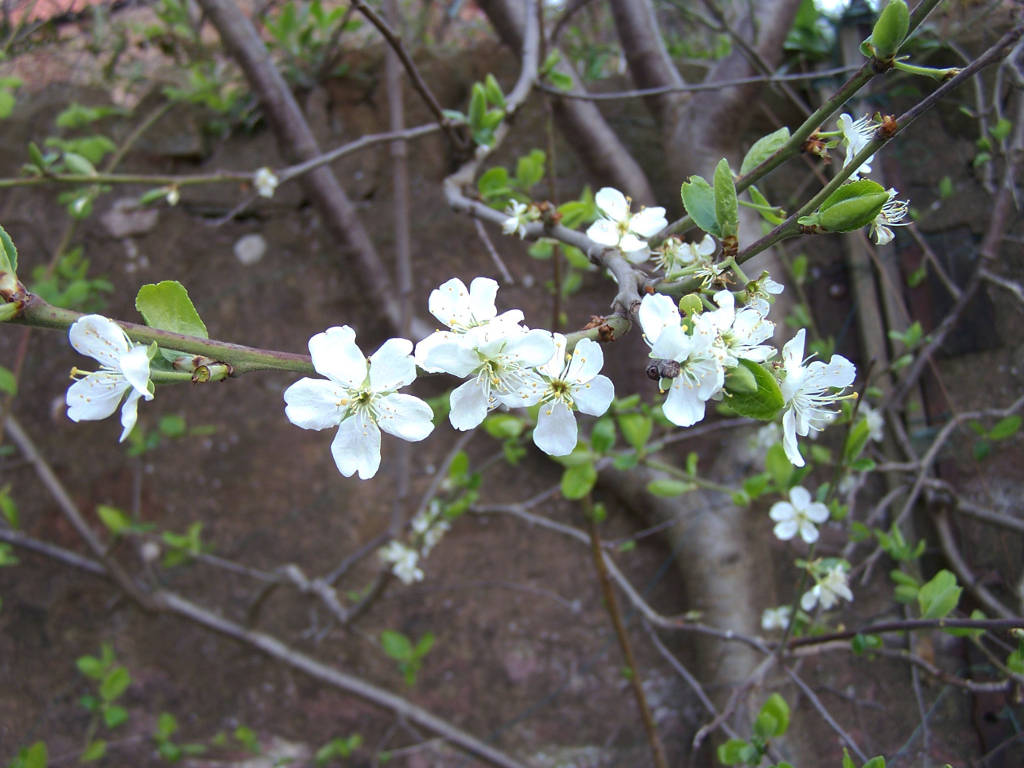 I think this is the one I am most excited about: Victoria plums. I have had the tree for ages and it is now quite big. But it has been several years since I had even a modest crop of plums. The tree is rather an untidy mess at the moment; you are supposed to prune plums just after you take the fruit off. As there have been no fruit at all for the last two years I have not remembered to prune it.

Last out are the apples. The Bramley is just showing pink now, and looks as if it is going to have a splendid crop: 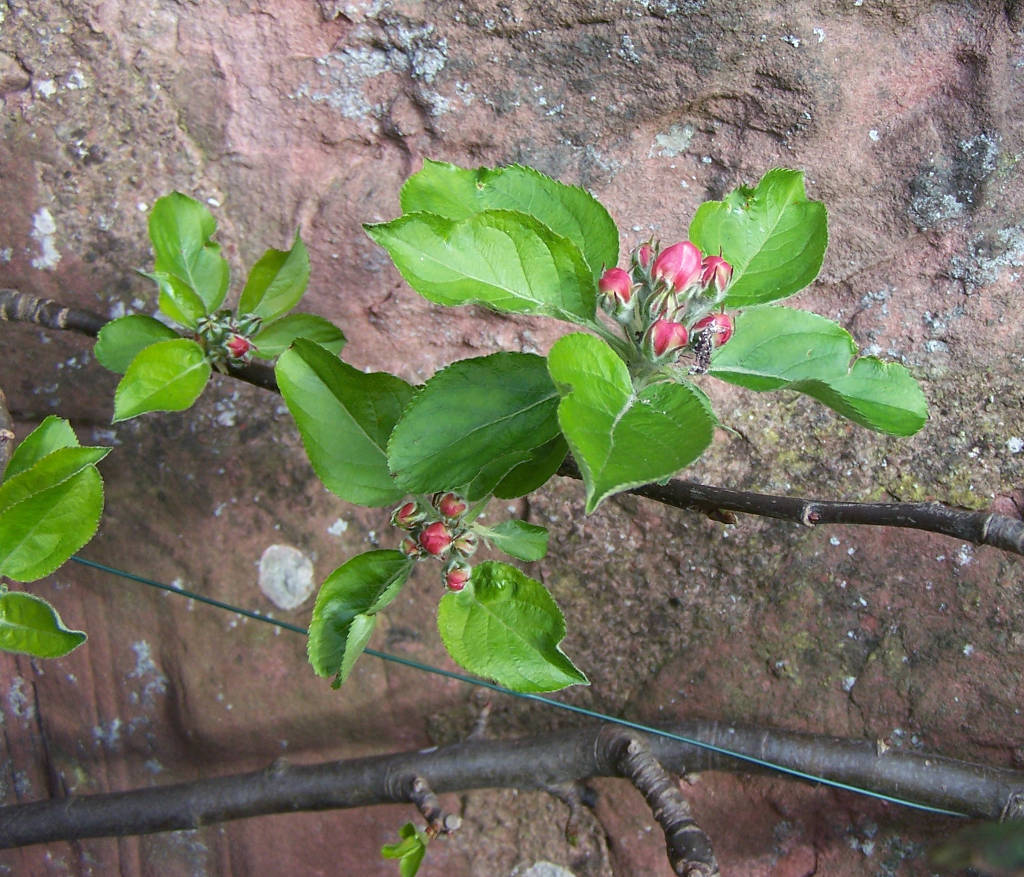 The three eating apple trees are less hopeful. I can find only a few flower buds on two of them, and a lot of places where somebody has eaten them off. I suspect sparrows, wretched feathery cheeping little pests that they are. I suppose I should be grateful that I have never seen a bullfinch in the garden.

Blossom time / Hugh's Geophysical Blog by blogadmin is licensed under a Creative Commons Attribution CC BY 3.0

One Reply to “Blossom time”