I had a great time taking part in the course, Topics in Paleobiology. Rachel, Steve, Dirk and Sean McMahon took our class through some interesting topics. We looked at how dinosaurs died. We looked at where and when life began. We asked questions about our climate in a modern-day context. We looked at the Cambrian Explosion. All 4 of them brought something interesting to the table. The course contained 5 lecture modules with a visit to the Astrobiology Lab. The lectures lasted a few hours after which the group discussed assigned papers.
A quick remark about the papers assigned: they were such a great selection!
They covered interesting topics, provided an appropriate context to the lectures and showed the research in the now. Some of the papers were the lecturers own work, so we got a good impression on what they are currently working on.
In the last lecture Rachel finished with the following art slide.

There was an interesting side discussion on how art and science connect. Rachel pointed out how in the past she worked with artists to look at the topic of Mass Extinctions, as demonstrated in the image above.

In the spirit of art in science, I wrote 5 poems for the 5 lectures:

The poem about the dinosaur lecture is located in this blog:

Natural Flood Management Seminar by Dr Ian Pattison – Balaur Bondoc, Dinosaur or Bird? Or something else? Or a Song of Doda. [1]

The rest of the poems are located bellow.

The velociraptors of the past

This poem is based on the research of J. William Schopf, who discovered the world’s earliest fossils until he didn’t. He discovered Precambrian fossils that were between 3.3 billion to 3.5 billion years old. Tiny microscopic stromatolites (created by cyanobacteria), that remained in the rock. He was known as the discoverer of the oldest life on Earth, until he wasn’t. In 2002 a group of researchers from the University of Oxford proved his fossils to be something else, to be secondary artefacts formed from amorphous graphite, something very far from a remnant of a living being. This in turn started the battle of the papers where the two groups of researchers tried to prove than disprove that the fossils from Early Archean Apex Basalt and Towers Formation of northwestern Western Australia, were fake fossils or not. To add a twist to the tale in the same region Martin Brasier found much older fossils than the original fake fossils, which are yet to be disproven. This poem is connected to this twisting of fortunes. [2]

‘World’s oldest fossils’ may just be pretty rocks – Analysis of 3.7-billion-year-old outcrops has reignited controversy over when life on Earth began.

Microorganisms from the Late Precambrian of Central Australia

Have you ever wondered…?

Should we look at the earliest rocks? Such as the greenstone belts of Western Greenland or Northeast Canada?
Is it hiding between Shales, Cherts or the Banded Iron Formations of Africa?
How old could life on Earth be?
Did it start with the Eozoon canadense?
It turned out to be nothing but metamorphic rock!

Or do we still have plenty of questions? 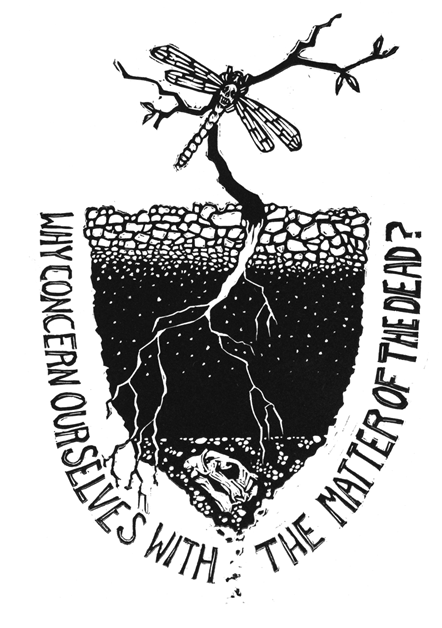 How did animals get their skeletons?

The source of most life comes from an era,
An Era named after the Roman province of Cambria,
Now Wales,
Inhabited by the English and the Welsh.
Cambrian the name, the era named the Cambrian Explosion,
That is when life spiralled out of control and a great cycle began.

Creature of strange size and shape inhabited the waters underneath,
Brachiopods, Trilobites, the five-eyed Opabinia, the giant Anomalocaris,
Ancestors to us all. Great sites to beckon.
They swam in the waters, burrowed into the mud,
Walked across the sands, hunted each other,
Their fossils are still preserved in the stones across Britain.
An ecosystem to behold!

The commotion of the ocean,
Definitely put them into motion,
We have a process to explain! As all these Extinctions re-set the evolutionary clock!
The skeletons of animals and the chemistry of the oceans are interconnected,
The Eye of the Trilobite only formed due to the body using Calcite,
As only those gems had the optical property to see.
Our understanding has certainly gained a clear vision,
In the murky waters of the past’s oblivion.
Our phosphate-based bones only formed due to our body’s motion,
As only phosphate could withstand the marauding lactic acid at our mulches’ hand.
A bonny dance of correlation between the lifestyles and the availability of minerals from inland!
This is a beautiful connection between Minerology and Ecology,
As our world came to be, slowly but surely,
As there is still time for more change:

Large segments of its time separated by snowball Earths!
Our entire blue ball, nothing,
But a white pearl!
The icy grip of winter reflects all the Sun,
Curse ye Albedo!
Ye got us in your deadly grip!
The ice,
Like a cold widow after the war, reflects the warm embrace of then heavenly body in orbit.
Will life thrive again?
Quite paradoxically, Ye!
The volcanoes that used to be the enemy of life,
Brought some change to the table,
As their underwater eruptions brought Carbon Dioxide into our air.
The water emitted them back into the atmosphere.
This,
Like a brave knight’s sword,
As falling onto a deadly dragon,
Broke the spell of the ice planet.
The warmth came back, and with-it,
Life,
Ever omnipresent!

But our story does continue, as there is more to this Cambrian Explosion:
Nama group Faunal Diversity.
Driven by Oxygen?
But what is the Question?
What drives oxygenation?
Was it from nutrients driven by erosion?
What other surveys of desert needed to find more lost treasure?

What can we see in the modern day?
Nutrients cycled through the water across the Bay of Namibia?
The story of changing Dynamics of weathering!
If you stop it, will it turn away from the Heterogeneous towards anoxia.
The present is the key to the past,
The key to understand the mysterious!
Like an explorer heading down into the caves of gold of the deadly dragon!

This is based on the lectures of Dirk Kroon on the evolution of hominids in the Horn of Africa. He uses his knowledge in paleoclimates to try to understand how climatic changes encouraged early stages of evolution and migration of the early homininds. The research itself is quite illuminating, but the stories from his expedition to the those areas in Africa are much more interesting. [4]

Dirk visited the studied areas many times and had many interesting stories of the people who gathered the data for the paper. One of the aspects of the reaserch was a search for skulls in the jungle. Researchers set out in grids to try to find bone fragments. In a lot of cases it is a hit and miss. One of the researchers described how when he goes to look for bones, he goes into some sort of trance, where he can hear, quote on quote: “The ancestors are singing.”

There are interesting personal stories behind a lot of the research.

Modern man wonders, where are we from?
Did we wander out of the forests of Africa?
How and When and Why? What tricks of science might it reveal?
What family of human animals do we belong to?

Do the ancestors sing?

Our knowledge of the past is as extensive,
As the length of this poem.

Symphony of the Earth. From Preston Cloud “Oasis In Space: Earth History From the Beginning” 1988, W. W. Norton and Company.

This is from the last lecture where Rachel, Steve and Dirk gave a joint lecture on mass extinctions. They used data from ocean drilled cores to understand how the change in the ocean chemistry indicated climatic changes world wide. The cores extracted from the sediments are such a key elements of the modern geological science. Henceforth the poem focuses on the drilled cores. [5]

Deep in the oceans,
The sediment sleeps,
Covered from eons of movement,
History of the planet creeps,
Hiding proxies of Oxygen, Carbon, Boron,
Light the way,
History is hidden there, no way!

In the present, ships,
Like tall cranes,
Drill the beds for clues of the past,
We have a question to answer on wings of last ripples,
The questions of Oceans past,
The seas used to be very different,
Answers hidden by Anoxia,
Eruptions, asteroid impacts and freak events.
Life lives and dies,
Iridium hidden in the K-T boundary,
Running up onto the land,
The Planet spins around in Milankovitch dance.

The ships drill the cores,
Long tubes of mud, shales and igneous rock,
All get uncovered by multinational teams,
Man of the Netherlands,
Who used to teach football,
Scotsman with a tall moustache,
Whose hair is slowly fading away,
A German Professor,
With a half-broken arm,
An Englishman,
With a long scruffy beard,
Take long looks,
Of the grains, sorting, the minerology, the foraminifera.
The cores lifted from the deep,
The sediment hidden in darkness for thousands, millions, maybe billions of years,
They meet thousands of eyeballs as once more light hits them,
Then once again they get pushed into crates,
Back into the darkness,
To be taken to warehouses,
Once again stored in the darkness,
Occasionally taken out to be paraded around.
But from darkness they came and to which,
Darkness they return.

Poems from the Course: Topics in Palaeobiology and Evolution / Working & Learning at the University of Edinburgh - Student Ambassador, Geologist, Red Lichtie by blogadmin is licensed under a Creative Commons Attribution CC BY 3.0

Why and How geology and geography play a key role in politics? – Part 2 and 3: Geology and Us, Hydrogeology in Africa, Supervolcanoes, L.I.P.s and the Year Without Summer