Hunor Deak in Wales: Geology field trip to the island of Anglesey, Wales with Access Anglesey

The aim of the trip was to look at the geology of the island of Anglesey, see how we can make field trips inclusive to a diverse group of people and try out new digital technologies in the field.

This inclusive field trip is for any undergraduate student studying a Geology (or related) degree at a UK university, particularly those for whom fieldwork is a challenge due to mental health, learning, sensory or mobility conditions. We will visit great field localities on the Island of Anglesey and investigate ways of including everyone in the geological experience, whether they are in the field, in a vehicle in the car park or back at base. We will develop a model for the geological evolution of the Island based on our own data and explore how different technologies can make fieldwork better for all. It’s about discovering which methods assist inclusion and accessibility in the field (and which don’t) and then telling people about them. It’s a field trip about the geology, with people with diverse abilities, it’s not about disability. 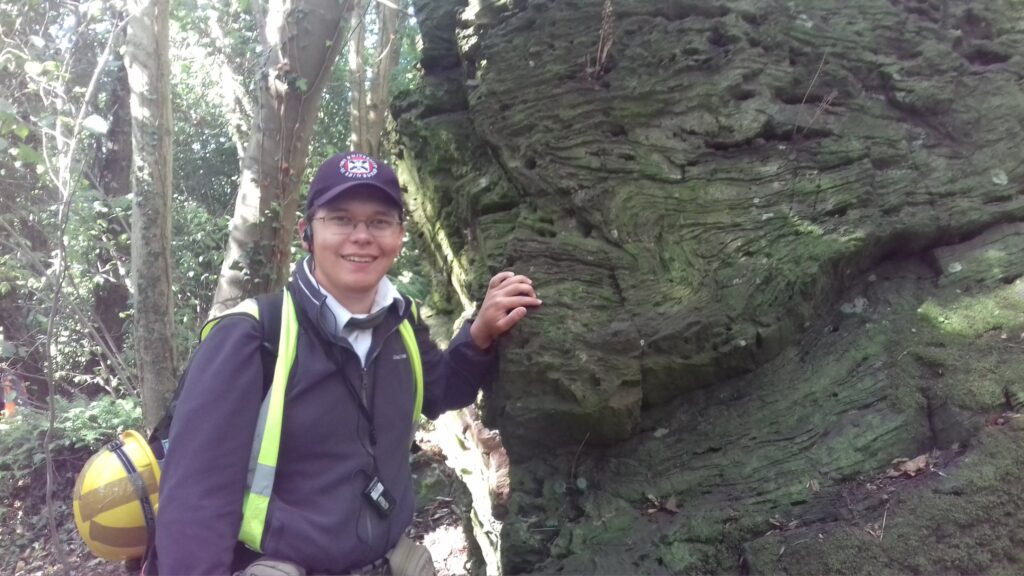 In 2018 I had the excellent luck to be asked to take part in a geology field trip with the University of Leeds! With a large team I visited the island of Anglesey, in Wales. We looked at the mighty complicated geology of the area! 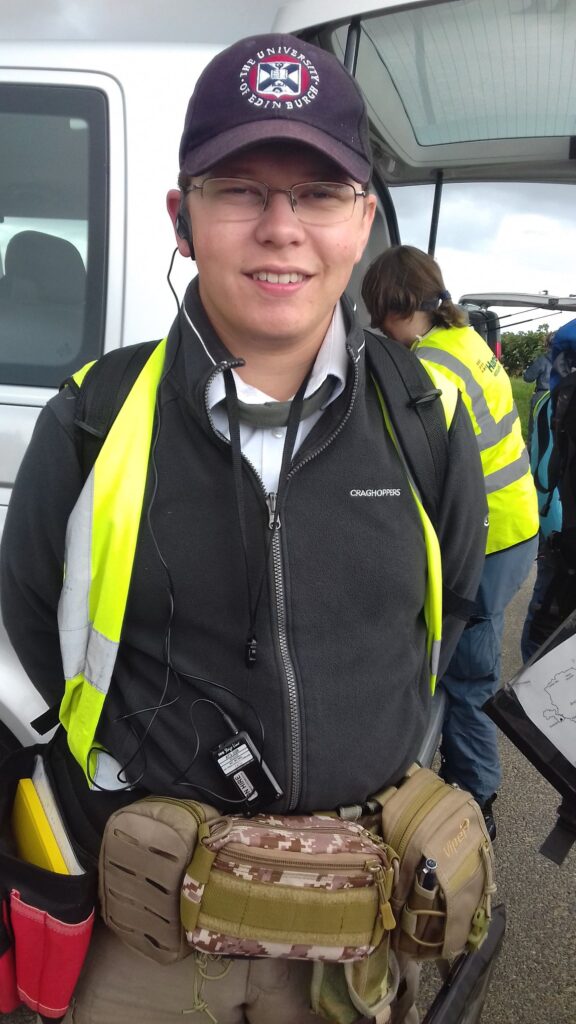 In Wales we spent a week there. We looked at how it connected with Scottish geology. Here is a nice description of the Welsh geology on the island:

Geologists have been debating Anglesey’s geology since the early 19th Century, when the first attempts to describe the island’s rocks were made. Nearly a century later, the island was mapped, privately, on a 6 inches to the mile scale, by Edward Greenly; on seeing his superb maps, the Geological Survey decided to publish his work as a one-inch map and a 2-volume Memoir, these being printed in 1919.

The controversy since Greenly’s time has been the interpretation of the pre-Arenig rocks on the island. Thought at one time to be entirely Precambrian, it is now known that they straddle the period between late Precambrian and late Cambrian times, between about 700 and 500 million years ago.

These old rocks, consisting mostly of turbidites, debris-flow deposits, metabasites, granites and gneisses, with metamorphic grades varying from blueschist to greenschist to amphibolite facies, clearly represent parts of an ancient destructive plate margin. The problem lies in the interpretation of how each unit is related to the others, for they are typically separated by major structural breaks, steep zones of shearing and mylonite development, indicating that they have arrived in their current juxtaposition by tectonic movements. The trouble is, we don’t know how far they have travelled to get where they are now.

Let’s now get familiar with the individual rock units, because their names will crop up frequently in this and the following pages. We’ll worry about their relationships later!

South Stack Group: this group consists of bedded alternating sandstones and siltsones, including some massive quartzites. These are clearly turbidites – clastic sedimentary rocks deposited by turbulent underwater currents laden with debris in a marine sedimentary basin.

New Harbour Group: these, too, are mostly turbidites, but their grainsize is typically much finer, with abundant, greenish silty or muddy layers (pelites) alternating with thin sandy layers (psammites). The sediment is chiefly the reworked product of island-arc volcanoes. The group also includes some bedded cherts, tuffs and spilites – undersea lavas of ocean-ridge affinity – metamorphosed into mafic greenschists. Less competent (rigid) than the South Stack Group, the strata usually show spectacular, intense folding.

Gwna Group: again, this unit consists of greenish silty and sandy layers, but it features an extraordinary and spectacular mélange. A mélange is the product of a major undersea debris-slide of catastrophic proportions, and this one, cropping out not only on Anglesey, but also on northern Llyn from Nefyn to Bardsey Island, lives up to the name. Within that green silty matrix there are clasts, ranging from pebble size up to rafts over a kilometre across, of a variety of rocks, all jumbled together. The diverse clasts include stromatolitic limestone, basaltic pillow-lavas, bedded cherts, red mudstones, white quartzite and – rarely – granite.

Skerries Group: this is a weakly deformed, bedded succession of pebbly sandstones, conglomerates and basalts, the pebbles being derived from a sub-volcanic granitic to felsic volcanic source. The presence of abundant granitic and volcanic clasts suggests probable derivation from an island arc, the location of which is yet to be identified.

Coedana Gneisses and Granite: cropping out in central Anglesey is a muscovite-granite, intruded into obviously high-grade acid and basic gneisses. Both appear to be related to ancient island-arc magmatism, and as such may represent the exhumed roots of an arc complex (sometimes referred to as the Older Arc).

Gabbros and serpentinites: apparently restricted to intrusion into the New Harbour Group, these basic to ultrabasic intrusive rocks are highly altered in places (with conversion of olivine to serpentine). Locally, they have been quarried for ornamental serpentine, and at one locality, for chromite.

Blueschists: forming a linear belt in the south-eastern part of Anglesey, these rocks include metabasites containing a metamorphic mineral assemblage that shows that they have been subjected to unusually high pressures, such as those found deep within a subduction zone.

So, now we know what Precambrian rocks we have on Anglesey, we can continue on to the next part: how geologists have attempted to interpret them over the years! 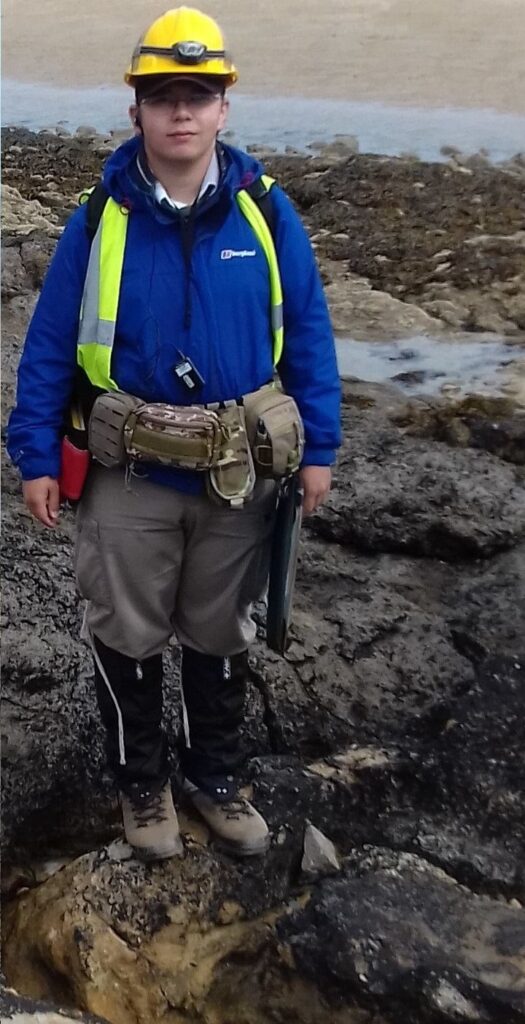 Hunor Deak on the Welsh coast

I met an excellent group of people and learnt a lot about the area’s geology! 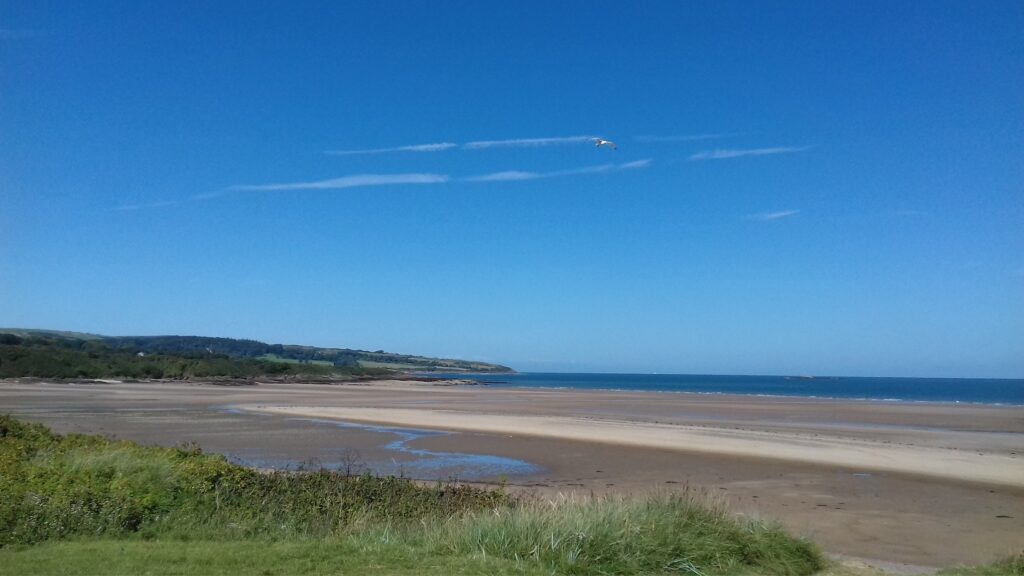 The Island of Anglesey

Hunor Deak in Wales: Geology field trip to the island of Anglesey, Wales with Access Anglesey / Working & Learning at the University of Edinburgh - Student Ambassador, Geologist, Red Lichtie by blogadmin is licensed under a Creative Commons Attribution CC BY 3.0

Hunor Deak in Romania: Tour of the Geology Museum of Romania in Bucharest and travel around the country

Hunor Deak at the University of Edinburgh: Geology tidbits from my different field trips from Geophysics to Teaching