Originally, I didn’t consider this blog to fit with the wider scheme of Earth sciences. The Hutton Club talk mostly focused on historic conservation, archaeology and how tourism is managed in Scotland. However, the more I listened as the hour passed by I realised, the technologies and software used, also occur in geosciences. HES contributes a lot of data towards site conservation, including areas where coastal erosion is threatening a variety of Neolithic villages. The data from their coast monitoring sites allows other researchers to study coastal erosion on the west coast of Scotland and since the data contains full 3D scans, a long term understanding can be built of how the coast changes and whether climate change has an effect on the speed of erosion.

A visit by the Digital Documentation Manager of Historic Environment Scotland

This seminar was great to help me see the technology of 3D scanning in a new light.

The seminar was presented by Dr Lyn Wilson who is the Digital Documentation manager at Historic Environment Scotland. She is one of the experts in digital conservation and one of the great interdisciplinarians  as she puts in a lot of work trying to integrate digital technology and physical sciences with the study of history and heritage conservation. She has managed several large scale conservation projects from the restoration of the Glasgow School of Art to managing the sites on St Kilda.

In her seminar she showcased how Environment Scotland is working together with geologists and tourism companies to create digital scans of the main historical sites around Scotland.

The most interesting bit was when the team had to study rock erosion at Edinburgh Castle. They used drones and 3d scanners to study the decay of the rock faces and see how deep the ancient well of the castle was.

She told as an old story from the middle ages: when the castle was under siege the defenders ran out of water from the well. But a miracle happened as it snowed overnight. The defenders shovelled the snow into the well allowing it to melt. This newfound water supplied the castle for the rest of the siege.

Lyn’s team was curious whether the well had enough volume for this story to be true.

So they used a rope to descend into the well with a 3d scanner and get a full scale digital model of the structure. When they did that and calculated the volume, it turned out, that the story was true! The volume of the well was capable to sustain hundreds of people for months!

Lyn walked through her past major project, which was a scanning exercise spanning the globe. As part of a National Geographic project they scanned 7 Scottish sites and 7 Global sites. Some of these models can be seen bellow.

Overall the seminar was fun.

They just finished laser scanning the “Heart of Neolithic Orkney”, in Scotland, which includes the Skara Brae a 5,000 year old settlement.

Each of the Scottish Ten sites raised its own particular digital documentation challenges, and a wide range of technologies was used to accurately capture data.

The technologies of digital scanning

The technologies employed by HES are quite varied. It can be as small as a handheld device to capture the shapes of a small hand sized item to a drone capable of scanning entire buildings. When work for the Scottish Ten project was being completed, several of the systems named bellow were used:

The Scottish Ten: The project set out in late 2009 to digitally document Scotland’s then five World Heritage Sites and a further five international heritage sites to create accurate 3D data to help with their conservation and management, their interpretation and virtual access. 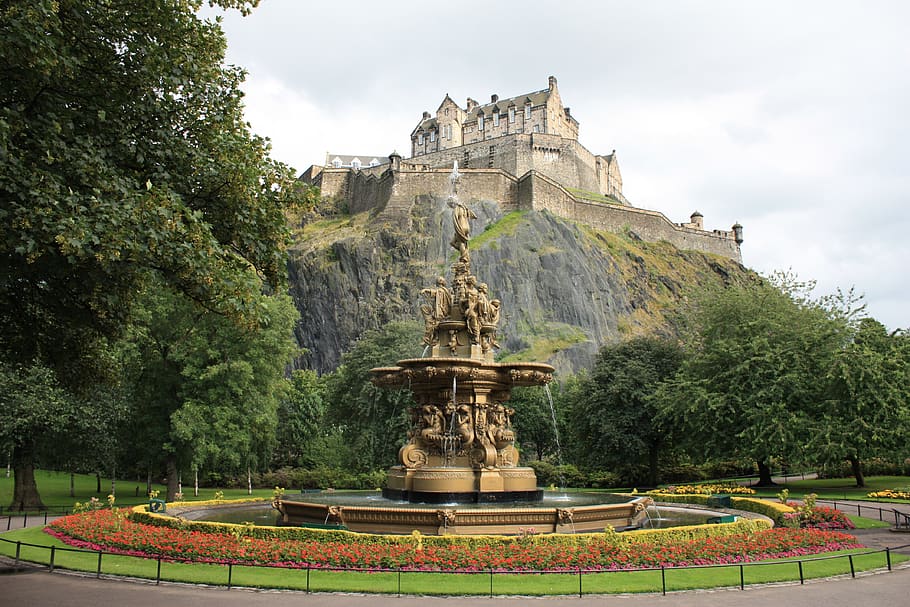 Examples from the Scottish Ten project:

There is a transfer of technology between the different fields. In many cases new technologies get used in a way the original inventor wouldn’t even dream of. A good example is the CT scanner. It turned out to be massively useful in paleontology. CT scanners were developed for medical uses, to see beneath the flesh without a knife. The technology provided a non-intrusive way to understand the inner biology of human beings. The CT scanner enabled the internal examination of dino skulls to such an extent that now we have some idea, what their brains looked like. It allows us to see into the rocks if they are made of two different materials. We can explore entire skeletons without freeing them from the rocks.

The same can be applied to drones and 3D scanners. They enable us to scan rock surfaces than bring the 3D images to the public. New studies are using these technologies to understand the mechanics of deformation.

The University has its own little 3D space at the Main Library. It is open to all staff and students, allowing folk to use 3D printers, scanners, wood cutting machines and electronics. They are great people to link up with!

Open for Making: We are the University of Edinburgh’s Community Makerspace. – We offer equipment, advice, training, and support to help you make (almost) anything. 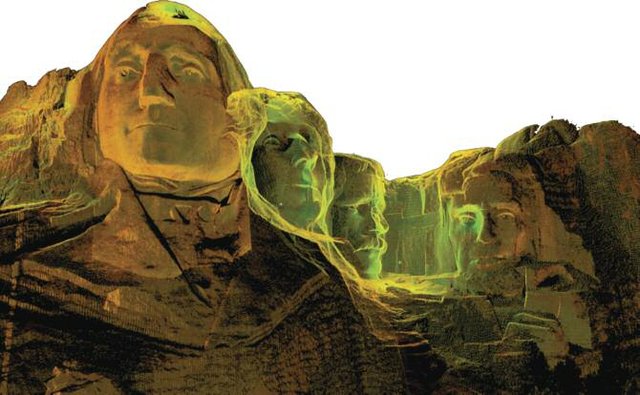 My project ideas for the Arbroath Area in Angus County

Digital Documentation of the Arbroath/Seaton Cliffs for preservation, monitoring and teaching purposes

The Arbroath Cliffs are a seaside cliff formation carved out by the sea. The cliffs are made from Devonian sandstone and conglomerates. Many of the formations are spectacular examples of geomorphology. The cliffs are part of the Devonian desert sequence deposited when two great rivers were eroding the Caledonian Mountains. The site is easy to walk, the entire sequence covers a 3 hour stroll from Arbroath to Auchmithie.

The entire section should be 3D scanned and added to a national database of geological features. 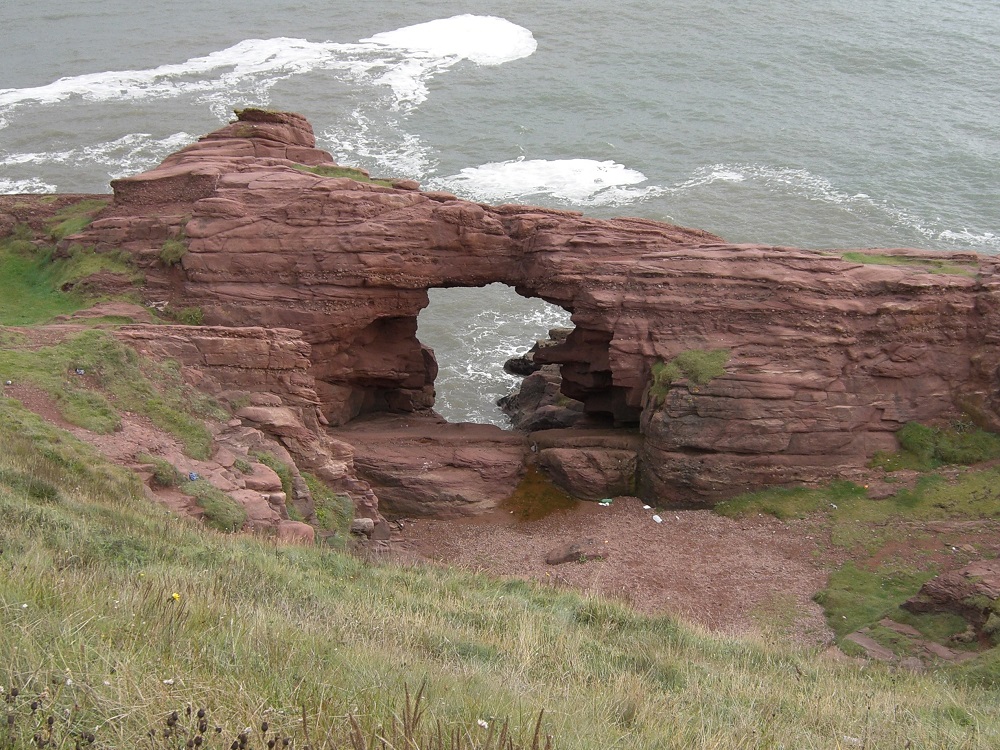 Seaton Cliffs, the Needle E’e arch; unusual in being parallel to the coast but still representing the remnant of a collapsed cave. Cut in Lower Devonian sandstones and conglomerates, the arch aperture is above modern tidal reach but storms allow access of gravel through it. Image: Mike Browne.

The digital scans can be combined with the existing geoconservation leaflet of the Seaton Cliffs and turned into an app where the visitor can explore the rocks and landforms without getting dangerously close to the edge of the cliffs and falling off. The app along with 3D technologies can make casual exploration of Scotland’ geology safe.

The Hospitalfield House is a property with a great history. The original building was part of a hospital and hospice set up and used by the monks of Arbroath Abbey. The Abbey was founded by King William the Lion in 1178. The now ruined Abbey was the place where the Scottish Declaration of Independence was drafted and signed in 1320. In the 15th century the hospital and hospice fell out of use and became a small mansion. It passed from hand to hand until settling into the hands of Sir Patrick-Alan Fraser. He turned the small hospice into a grand mansion with its own picture gallery and multiple grand bedrooms. The building itself represents the wide range of architecture found around Scotland. Sir Walter Scott frequented the place, so much so that the mansion inspired the novel: The Antiquary.

The Antiquary – The hero, known as Major Neville, is believed to be the illegitimate son of Edward Neville, brother to the Earl of Glenallan. He meets and falls in love with Isabella Wardour in England, who, mindful of her father’s hatred of illegitimacy, rejects his suit. Under the assumed name of Lovel, he follows her home to Fairport, Scotland, meeting en route Jonathan Oldbuck, Laird of Monkbarns, a neighbour of Isabella’s father, Sir Arthur Wardour. Oldbuck, the antiquary of the title, takes an interest in Lovel who is a sympathetic listener to his learned discourses and whose misfortunes in love remind him of his own. As a young man Oldbuck had been hopelessly attached to Eveline Neville, now wife to the Earl of Glenallan. Lovel saves Sir Arthur and Isabella from drowning when surprised by the tide but is forced to leave Fairport after wounding Oldbuck’s nephew Captain Hector M’Intyre, a rival for Isabella’s hand, in a duel. In his absence Lovel distinguishes himself as a soldier and secretly rescues Sir Arthur from the financial ruin to which his reliance on his unscrupulous German agent Dousterswivel would have led him. Lovel finally returns to Fairport and is unexpectedly revealed to be the son and heir of the Earl of Glenallan (and of Oldbuck’s unrequited love Eveline). In this new guise, he wins Isabella’s hand.

Along with the grand mansion, Patrick Fraser designed a Mortuary Chapel in the Western Cemetery to his wife. Like the mansion it also reflects the wide architecture of Scotland. The chapel is a historical, B listed building by Historic Environment Scotland.

My idea is to work with the Trust running the building and grounds to create a complete scan of Hospitalfield House and the Patrick-Alan Fraser Mortuary Chapel. This would protect against future fires and enable the world wide diaspora of Red Lichties to see the grand mansion inside and out.

Hospitalfield House – The house is now a residential art centre, music, and conference venue. It is open to the public for four open weekends a year and for other events, including afternoon tours on the first Wednesday of the month. 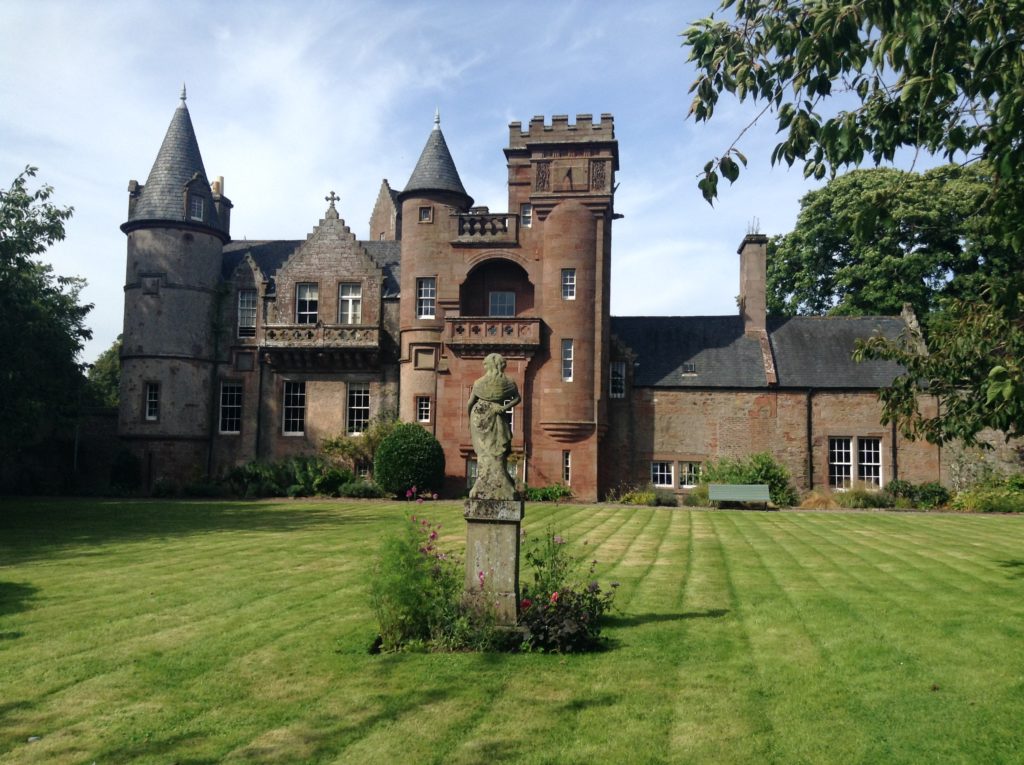 I am a contributor to two further blogs, and I have my own Facebook page where I post photos and videos from my geology field trips.
Geo-Blog is a platform serving as an opportunity for young geoscientists and students to share and publish their ideas, experiences and projects. (https://www.geo-blog.com/)
My old geology blog from when I was a Social Media Rep. at the School of GeoSciences. (https://edingeoslife.com/author/hunordeak/)
Public Facebook page where I post about the University of Edinburgh, Geology and my Scotland based projects. (https://www.facebook.com/HunorGeology/)

If you want to find out more about Lyn and her work, you can follow her on Twitter:

Delivering Digitally: Focused Applications for the Historic Environment (How geologists can make use of these great services as well) and project ideas in Angus and the Mearns, Scotland / Working & Learning at the University of Edinburgh - Student Ambassador, Geologist, Red Lichtie by blogadmin is licensed under a Creative Commons Attribution CC BY 3.0

The importance of having themes in seminar programmes: Variable magma and carbon fluxes at mid-ocean ridges and on Iceland; glacial/interglacial cycles & Why are changes in climate and ice dynamics important for marine ecosystems?