I know that I have not written much lately on this blog despite having a lot to write about. I have been on field trips to Andalusia in Spain, to Kinlochleven in Scotland and to Transylvania in Romania. Hopefully I can make some time for that as the geology at those places was very interesting from the Carboneras fault to the Ditrau intrusion series. Plus it would be a shame if I couldn’t showcase the great range of photos I took.
Currently I am enrolled in a course called Frontiers in Research. A major section of the course is me attending seminars and writing blogs about them, communicating the science to the public and to the rest of the university. However before posting them, I decided that I shall write a reflective piece about the seminars themselves. I have been going to seminars for about 2 years and a half, so it is an important question to ask: Why to go to them in the first place? (And no, your answer shouldn’t be: ‘Cause I was told by my PT or Dr. Andrew Bell made me to.) 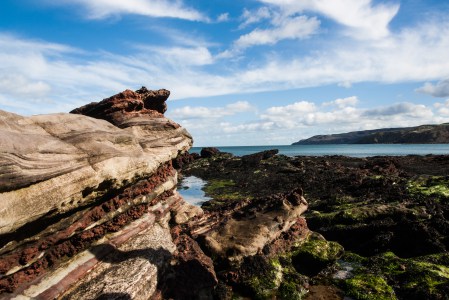 A large amount of the seminars tackle Scottish geology

What are Seminars anyway?

Before answering the question above it is important to ask: What are Seminars? Why do universities and large organisations bother to set them up?

Well, seminars are the lifeblood of interdisciplinary conversation. They are a buffet of knowledge where you can pick and choose the type of subjects you want to hear about. They are a place where conversations take place and new ideas are played out or old ideas are put under question. One day you could be travelling back in time for a holiday on the Pangaea, to say hi to the newly emerging dinosaurs, yet the next day you could be whisked away to the barren surface of Mars to ride the sand dunes like an intergalactic Lawrence of Arabia.

A seminar is usually an hour long talk given by an academic about a specific subject, as I mentioned above, on any topic in geoscience. The presentation itself usually lasts 50 minutes, finishing with a 10 minute Q&A session. The university hosts multiple talks across the week along with other organisations like the BGS or the RSGS. Along with the academic information, they are great for networking and getting familiar with other subjects outside of your comfort zone. As a matter of fact it is a great privilege to attend them in the context of the university and in the context of the wider world. 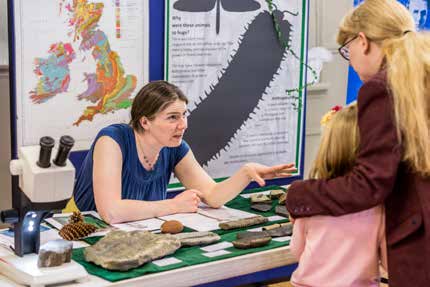 Outreach should be important to all universities (Credit: Chris Scott)

Why is it such a privilege to attend these seminars?

You are sitting at a Seminar listening to a PhD Student or a Professor enthusiastically explain how they managed to add to the treasure chest of human knowledge. They are there to share the latest in human understanding of our universe. They are there to make you ask questions. Like the Q helping Captain Picard, they are there to make you consider possibilities you wouldn’t have even measured up in your mind before. They bring you pieces of knowledge that otherwise you would have ignored on the road of life.
While at university I attended plenty of seminars from a great variety of people hosted by a great variety of organisations about a great variety of topics. I listened to Dr. Steve Brussate bring alive creatures dead 66 odd million years ago, a man sharing his adventures when he cycled around the 3 continents of Europe, Asia and Africa hosted by the RSGS and listened to Dr. Stuart Gilfillan talk about his experience in trying to trap CO2 in the ground so mankind doesn’t end up like the Dinosaurs. (Just to mention a few) I wasn’t bored, even for one moment. I would argue that going to seminars is a great character building exercise as they impart you with knowledge that you wouldn’t have gained otherwise. The seminars from a certain point of view can be considered one of the pinnacles of the achievements of mankind. 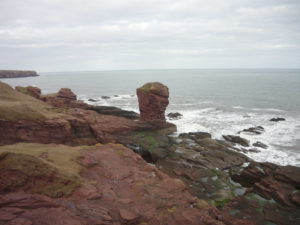 What could the university do better?

I have no beef with the university. Currently they are doing a wonderful job like a modern day Prometheus bringing the gift of the fire of knowledge to us mortals. However there is always room for improvement. These seminars should be more accessible to the public, especially for people with lower social-economic backgrounds. Being exposed to knowledge of a higher order can change hearts and minds. It can play a key role in our democracy. As Carl Sagan so eloquently put it:

“There is much that science doesn’t understand, many mysteries still to be resolved. In a Universe tens of billions of light-years across and some ten or fifteen billion years old, this may be the case forever.
Science is far from a perfect instrument of knowledge. It’s just the best we have. In this respect, as in many others, it’s like democracy. Science by itself cannot advocate courses of human action, but it can certainly illuminate the possible consequences of alternative courses of action.
—
The scientific way of thinking is at once imaginative and disciplined. This is central to its success. Science invites us to let the facts in, even when they don’t conform to our preconceptions. It counsels us to carry alternative hypotheses in our heads and see which best fit the facts. It urges on us a delicate balance between no-holds-barred openness to new ideas, however heretical, and the most rigorous skeptical scrutiny of everything — new ideas and established wisdom. This kind of thinking is also an essential tool for a democracy in an age of change.”

The school and the university should encourage more interdisciplinary seminars. We should see social scientists attend talks about geochemistry. We should get the geologist to listen to the philosopher. The geologist should push the computer scientist into the rain soaked field. We should reach out to the young and the old in our communities.
The Seminars hosted by our school and by our university are amazing, given by wonderful people. In my future posts, I shall share some of the magic of the seminars with you. (But I recommend visiting a few so you can see the wonder for yourself.)

Why All students, from All years, from All subjects should attend Seminars (2018) / Working & Learning at the University of Edinburgh - Student Ambassador, Geologist, Red Lichtie by blogadmin is licensed under a Creative Commons Attribution CC BY 3.0

My Travels Around Scotland: Arbroath