For two weeks or so the lecturers have been protesting, angry about their pensions being cut. I have missed some lectures and some tutorials. However I understand their position and I have a massive respect towards their jobs. (Especially the GeoScience teachers and researchers)
They work incredibly hard. They mark our work, they lecture us in topics which are extremely complicated, they conduct our labs, they organize the field-trips for us (I as a student do a lot of paperwork for the trips, imagine the amount of paperwork they need to do) and along with that they do vital research for the Nation. Not to mention that they do answer our e-mails in the weekends and in the evenings. (Not to mention the support staff like Dr Gillian McCay who sets up our labs for us and keeps the petrological microscopes in top shape)
For this they should be payed well and a proper pension should be provided. I was surprised by the level of their pay and by the fact that the wider bodies decided to cut their pension. I understand the financial reasons for the cut, explained well in this blog: Thoughts for UCL (and perhaps other students about the pension strikes at universities), however if you think about it, it doesn’t make sense in the wider context. 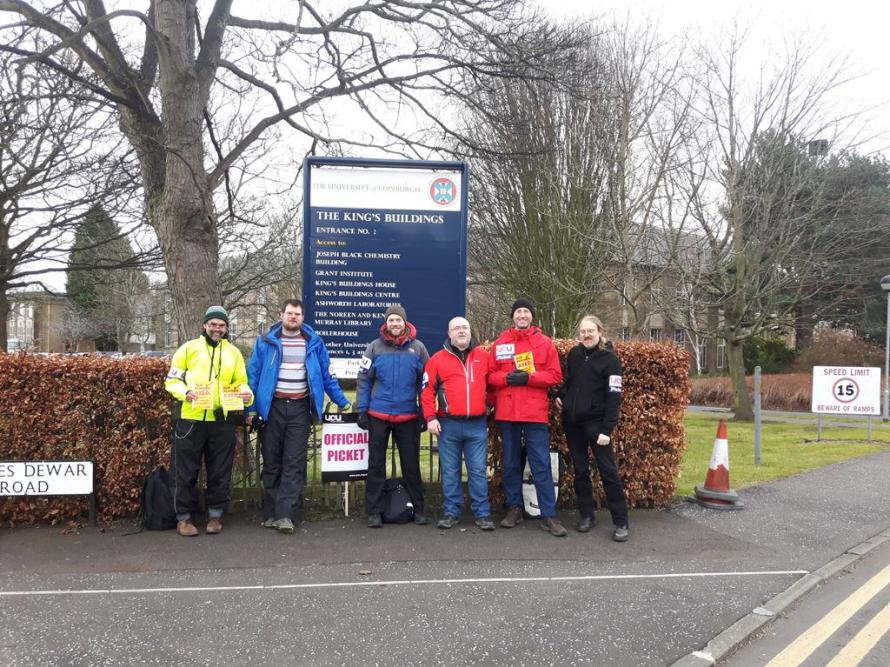 Lecturers and Researchers from the School of GeoSciences (By Dr. Florian Fusseis)

the pension fund. They came in with the agreement that their pensions will be available and be constant for their retirement. The wider bodies broke that agreement. In the longer run this breeds mistrust which discourages professionals entering the university workspace. Scotland already has a teacher shortage; this situation could contribute to a loss of interest in the teaching sector. What is a nation without educated people?

Internationally this situation could also be devastating for Britain. Worldwide Universities compete not just for students but for lecturers. This cut in the pension plans will simply put the universities at a disadvantage as other countries with better benefits will hoover up the top tier staff. This could cause a drop in the innovation index and affect the wider economy giving a hit to the GDP. The economic implications of this are not pretty. 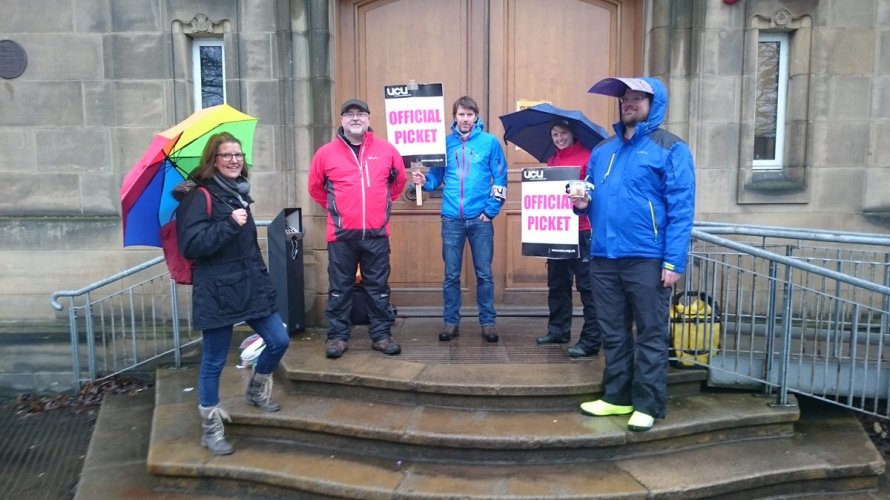 Universities and lecturers are a national treasure, especially the Science and Engineering departments. They produced great thinkers and innovators like Charles Darwin who was a geologist first and a biologist second. (Darwin the Geologist) I can name countless projects which originated from universities and changed the world like the Manhattan Project and advanced small cameras present in our smartphones. If we destroy the university sector now, we can choke off the future.

Even if you’re against the protest simply thinking that it won’t work, consider the story bellow: West Virginia lawmakers approve pay raise to end teachers’ strike, where in West Virginia protests achieved their intended end.

I hope that this conflict will be resolved where the university staff is not sold short. They already lost days of pay due to the protests. Universities along with businesses are a large driver of the economy and innovation. I hope I can return to my lectures and continue my great courses which have been run really well by the giants of geology. They chose to protest not out of the whims of their heart, but to simply protect their jobs. I hope they will get their fair share. 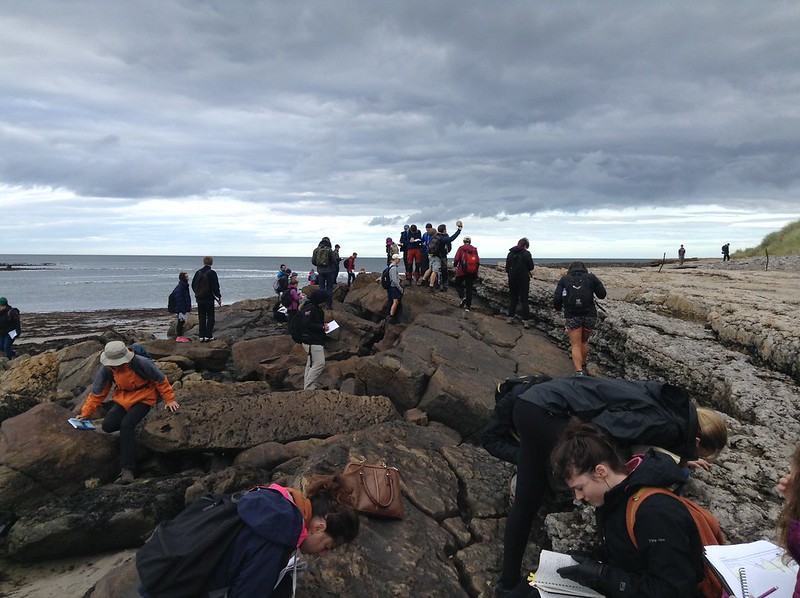 My opinion on the USS/UCU Protests (2018) / Working & Learning at the University of Edinburgh - Student Ambassador, Geologist, Red Lichtie by blogadmin is licensed under a Creative Commons Attribution CC BY 3.0