In the second semester of my first year Undergraduate Geology degree I studied EMP2 and SWAP outside of the core course: Introduction to the Geological Record. EMP 2 was oriented towards mathematics while SWAP was oriented towards Environmental Science. Both subjects imparted useful ideas in the realm of GeoSciences ranging from mathematical modelling to the workings of microclimates around the world.

The aim of the course was to teach us key mathematical skills and show us how to reproduce 3D geological processes in mathematical models.

At the beginning of the course we started with the simpler things like integration and differentiation. They got us thinking about mathematically modelling everyday processes, like how fast a coffee cup would cool down. This was fed into, us calculating the difference between the thermal gradient between the mantle and Earth’s surface through the crust.

We learnt mathematical modelling in subjects such as representing underground water flow, movement of glaciers, heat diffusion by radioactive decay and the movement of air-masses above the surface of the Earth.

This course allowed me to see how important mathematics is in all aspects of life (especially in geology). It connects all sciences and allows us to make a universal sense of our universe.

This course was a brilliant introduction to environmental science and its role in human society. The course was centred on agriculture and land use by human society. We looked at everything from how windfarms affect surface wind flows to how they affect water flow of catchment areas in the Scottish Highlands.

In the first few weeks we studied local microclimates and heat exchange between the surface atmosphere and the upper section of the soil. All areas on Earth have unique microclimates which greatly affect the way agriculture can be done. However in turn agriculture and land use has an effect on the microclimate. A great example is sections of Australia where large fences were built to keep farmland and woodland separate. Due to the different types of vegetation cloud formation, henceforth precipitation is very different between the two areas. Strangely enough the cloud cover changes right at the fences as if an invisible straight line was separating the two areas.

We learnt about Earth’s Heat budget and its distribution across the different spheres on Earth (Hydrosphere, Biosphere, etc.). Earth has a wonderfully complicated heat budget with the main source being the sun and the interior of the Earth. When learning about localized heat budgets we had several practicals. We calculated heat budgets, studied the equipment used to determine surface temperatures and saw how the type of soil can affect heat absorption and irradiation. 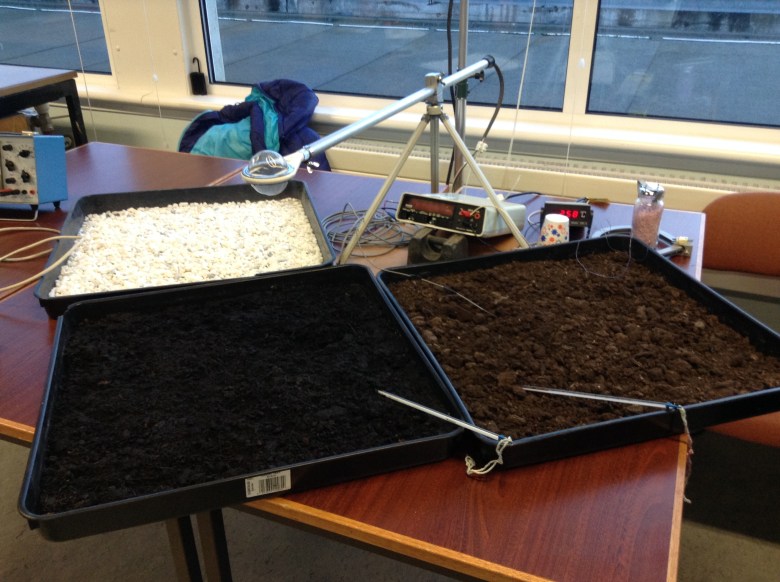 After learning about the physics driving the natural systems we had a look at soils, chemistry of soils and biological interaction. The most interesting part consisted of us looking at discoloration of corn leaves and using the colour to predict the type of mineral deficiency the plant is struggling from. I included the example photo bellow. 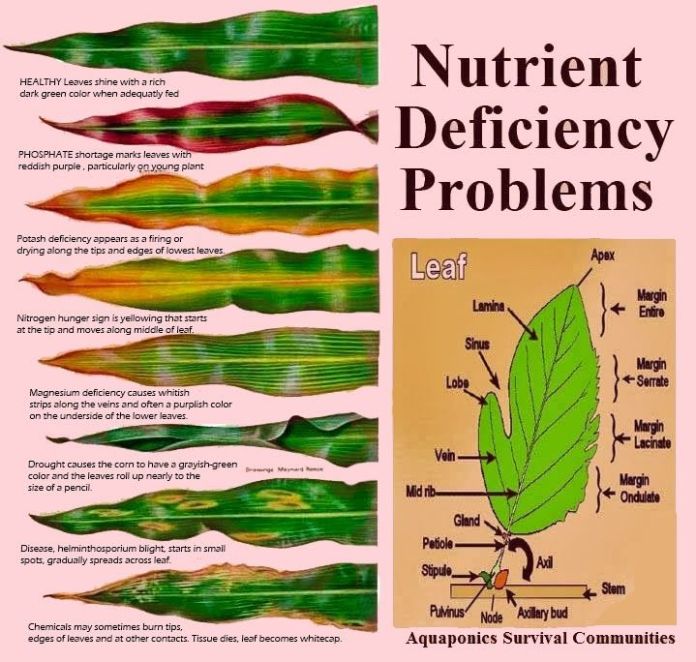 The highlight of the soils module included a field trip to country woods and fields. The aim of the trip was to sample the wide variety of soils and see their interaction with the vegetation. We brought all kinds of manual equipment with us. I had the luck to be allowed to use one of the soil samplers. Vegetation plays a key part in soil health. On the top of Blackford Hill where only grass grew, soil was poorly. The ground was broken and heavily eroded. However at areas where more vegetation was allowed to grow the soil looked much healthier and had a deeper horizon. In the February break I had the chance to visit the labs studying charcoal and Carbon Capture and Storage in the soil. It is important to note that soils store a huge amount of CO2 in them and play a key role in the carbon cycle. 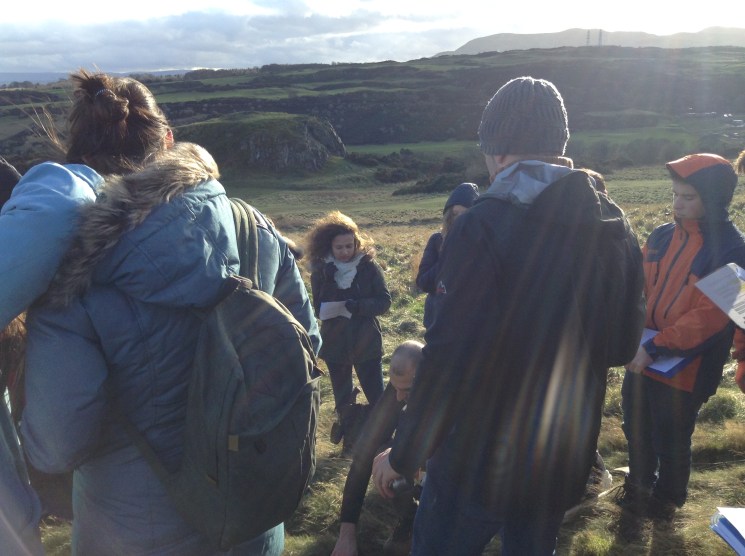 The third and final part of the course consisted of Hydrogeology. We had a look at river formation, catchment areas, the effect of biology on river health and natural underground water storage. The key part was to understand the concepts of confined and unconfined aquifers. Unconfined aquifers are usually found close to the surface. They are between the upper water table and a lower confining area. Confined aquifers are usually below the levels of the water table. They are present between two confining layers. The classical underground reservoir site is a porous and permeable sandstone layer, capped off by impermeable shale layers. 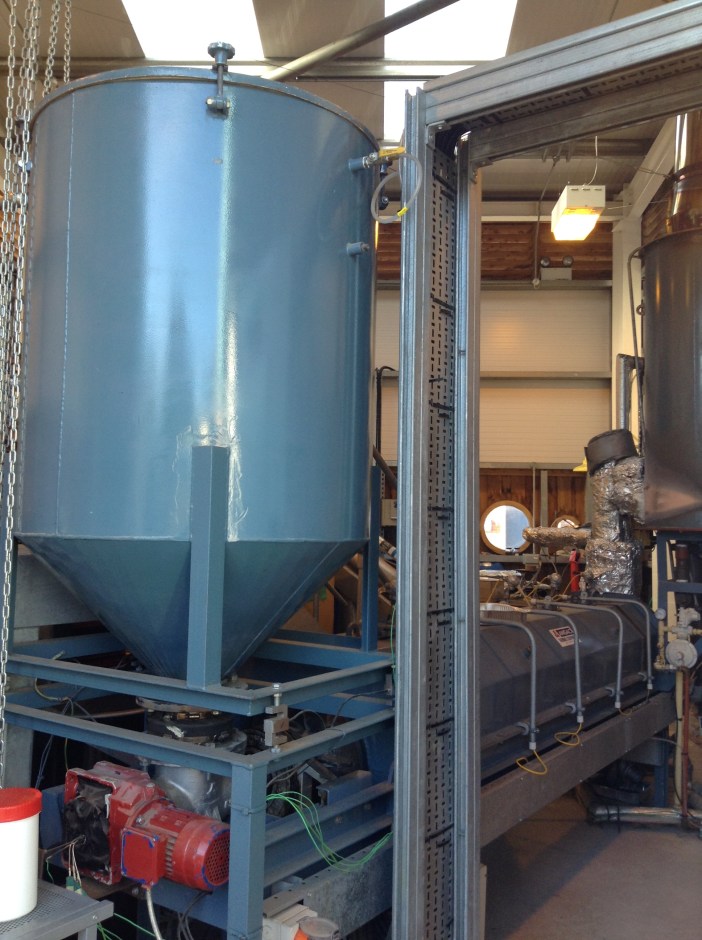 We finished off the course by visiting a water monitoring site and an artificial flood plain at the edge of Edinburgh. As the rivers are quite controlled in the Borders, flooding used to be common. When Edinburgh’s first mega supermarket got built in the 80s, it got catastrophically flooded right after opening. After the disaster Edinburgh Council has completely changed its approach to river flow management. Now they allow the rivers and stream to meander through towns, taking into account the presence of a natural flood plain. 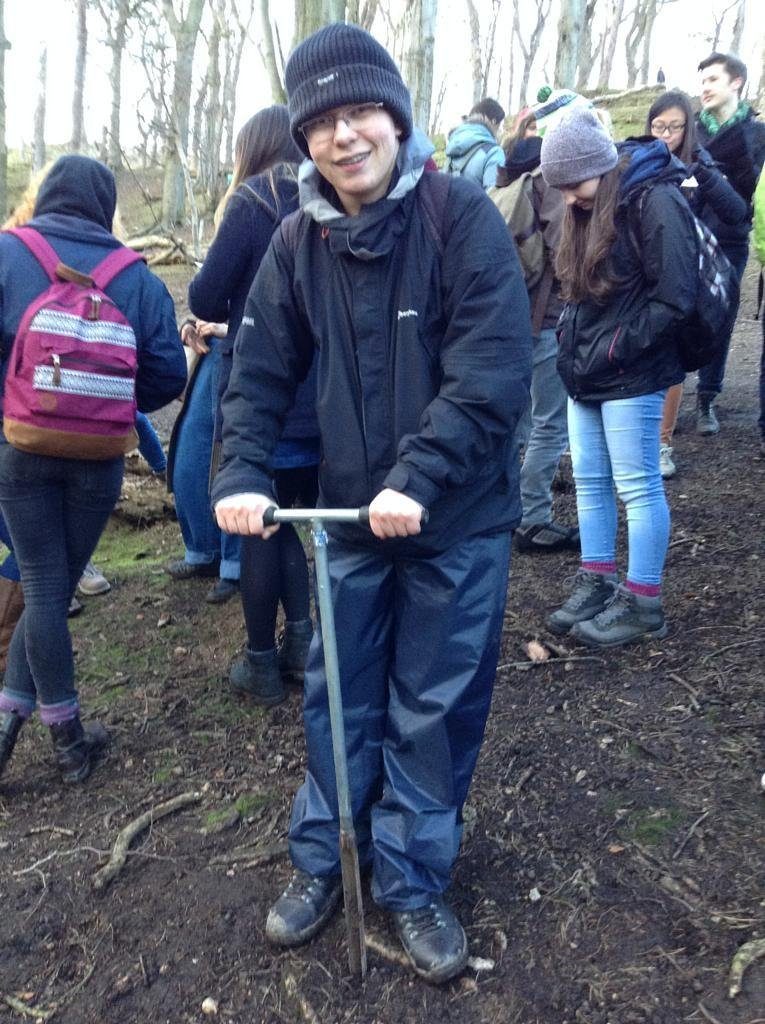 My University Courses Part 4: Introduction to the Geological Record (2017)