Senior Professor Michael Welker gave the fourth of his six Gifford Lectures earlier this evening. The video of Welker’s lecture is embedded below (followed by a short summary) for those who were unable to attend in person, or for those who’d like to watch it again. An audio only version is available at the end of this post. In order to further facilitate discussion Victoria Turner will offer her initial reflections on the lecture. Turner  is a first year PhD student at the University of Edinburgh, New College.  We’d like to reiterate that we warmly welcome anyone wishing to engage with Welker’s lectures to contribute their comments and questions below.

Earlier this evening Welker gave his fourth lecture on the call to freedom. He started by recapping some of the points that he had made in the previous lecture on justice as a multimodal spirit. Welker went on to state that in this lecture he would “survey the elementary forms of this multimodal spirit of freedom before turning to its moral and political manifestations and, finally, to its relationships with religion.”

The first major section of his lecture was concerned with what he termed “elementary forms of freedom.” As Welker mentioned, western societies not only understand a human person “as a subject gifted with reason and will . . . but also as a radically unique emotional-physical individual.” Furthermore, western societies have placed an emphasis on the individual dignity of human persons. Welker went on to question whether or not these affirmations of radical individuality, freedom, and equality were “utterly untenable utopias” given the concrete realities of inequality that many individuals experience within today’s societies. As he stated, “many people in our world today are in fact largely unfree, oppressed as they are by physical (hunger, crushing poverty, chronic illness) and spiritual distress (fear, persecution, terror).” He furthermore stated, “it is not just those living in distress and fear who enjoy hardly any freedoms but also those who, though indeed living in environments allowing a person to live largely free of distress and fear, have nonetheless manoeuvred themselves into situations of acute lack of freedom as a result of, for example, addiction or ideological seduction.” He went to speak about the “minimal and modest” forms of freedom that “enable a person largely to negotiate hindrances or live with unavoidable impediments.”

However, he made a point to state that these minimalist and modest forms of freedom “must not distract us from situations in which people are genuinely denied broader freedoms to shape their own lives especially in social and political situations.” As he went on to state, “the spirit of freedom that remains mindful of the spirit of justice can in fact facilitate what we might call fruitful unrest with respect to such abuses of power and denied freedoms.” He closed this first section of his lecture by stating that, “the multimodal spirit of freedom makes it possible to appreciate what we have called the more modest personal freedoms without losing sight of formative moral and political freedoms as well as the inherent dangers that arise when freedom in society at large is undermined.” 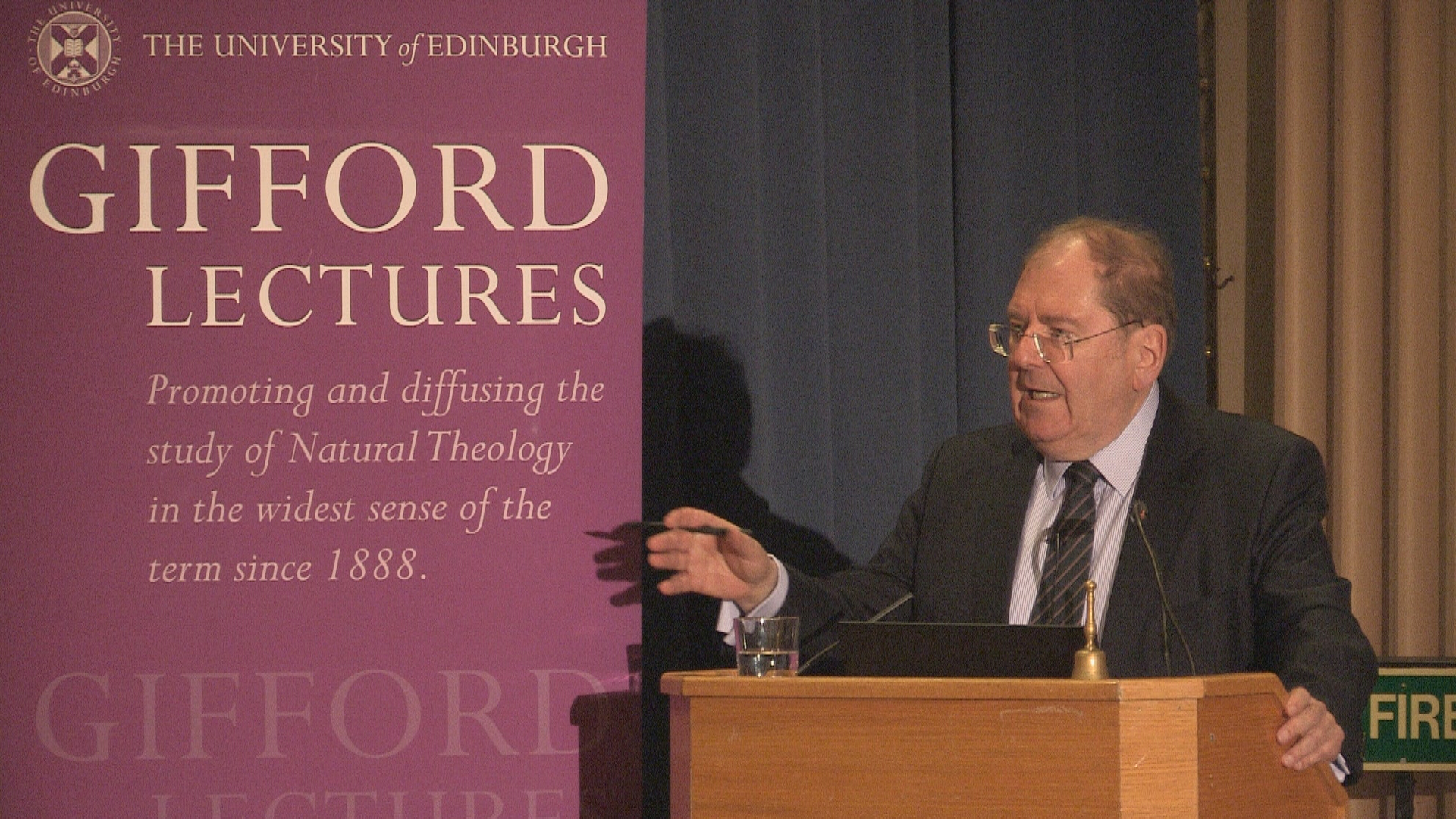 Welker then moved on to talk about the role that morality and moral communication have in this “call to freedom.” As he stated, “people in complex social relationships cannot live without morality.” Moral judgement and discernment and its communication between individuals in communities and societies is an indispensable aspect of this call to freedom. He explained further, “viewed formally and minimalistically, moral communication consists precisely in this network of according or denying respect, that is, of the promise of respect and the threat of its denial.” At this point Welker spoke in more detail about how morality and moral communication related to plural societies made up of various social systems (e.g. various organizations and institutions such as “politics, law, the media, the marketplace, science and scholarship, education, family, religion, healthcare, and defense systems”). He then stated that “the division and balance of power that such entities develop within affirmed pluralist societies function in a multipolar and multimodal fashion to stimulate and foster freedom at various levels.”

Through these various institutions and organizations that operate as a “more or less successful system of mutual correctives” a high degree of social freedom is valuably exhibited in and amongst individuals. However, this high degree of social freedom also carries with it the subversive possibilities. As he went on to state, “one obvious subversive power in this sense is the ‘accumulation of indoctrinated masses that are seduced by populist leaders,’ which many populists welcome  and which, as seen in my first lecture, is ultimately responsible for the miseries of totalitarianism.” The “erosion of civil powers” is another subversive possibility. He went on to state, “it is not least the deforming intrusions into civil organizations by the social systems that constitute a subversive threat.” As he explained in dialogue with Jürgen Habermas, there is an “imminent danger of a ‘supervisory state’ but also to the destructive relationships between the electronic mass media and civil powers. Mass media manage, as Habermas puts it, to impose their power structures on the public sphere by a careful selection of topics, the repression of other topics, and the creation of illusory participation.” These subversive powers can and do problematize moral communication in pursuit of justice and freedom, but at this point in his lecture Welker asked, “what role does religion now play in this extraordinary complex description of the power cycle within free pluralistic societies?” 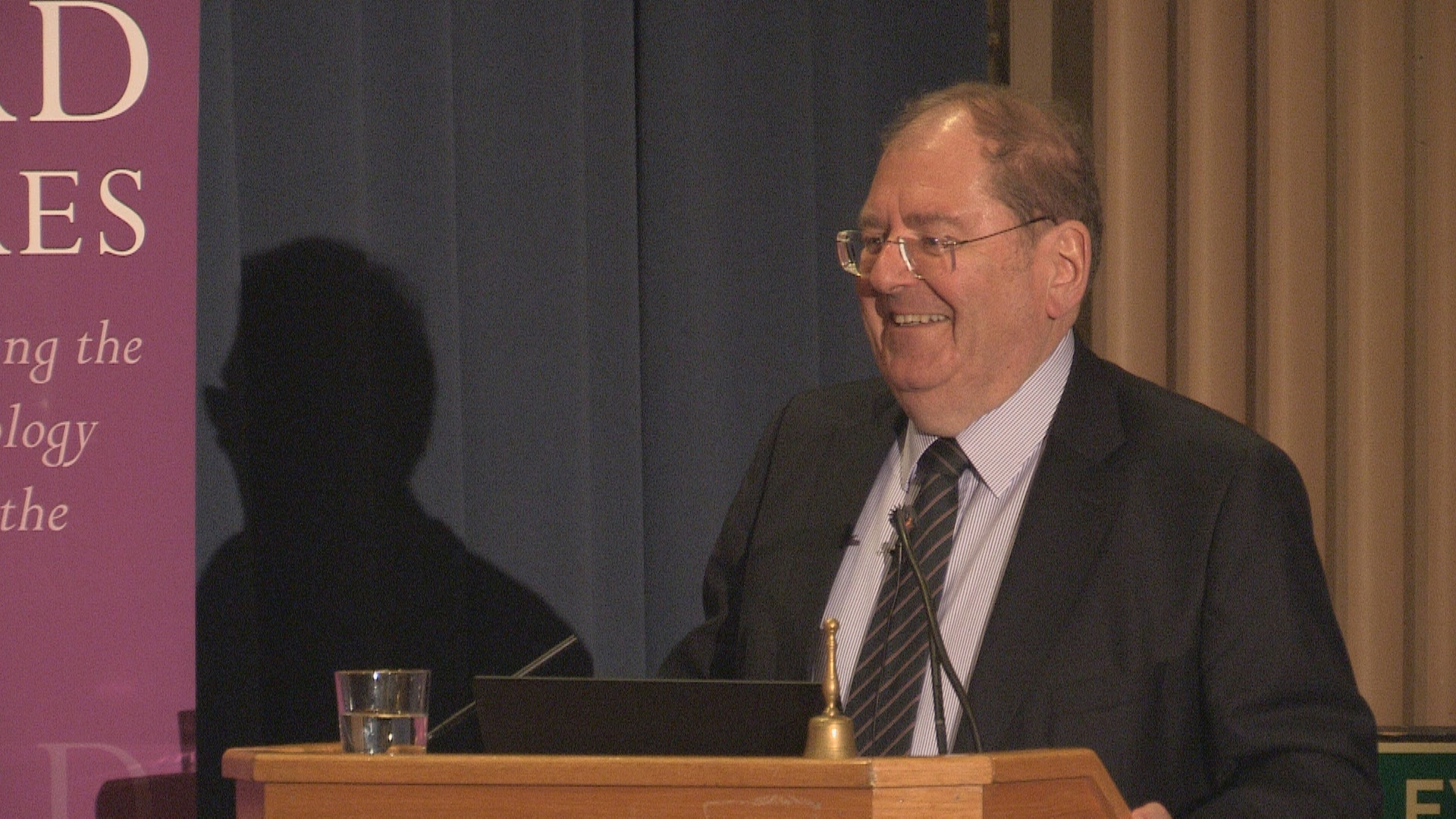 Here in the last section of Welker’s lecture he offered a sober assessment of religion’s role in the multimodal pursuit of freedom. As he mentioned, “for religious persons, and certainly for those seized by it, [religion] represents a divine gift that not only shapes them in many ways but also equips them with many gifts and powers.” However, Welker was quick to point out that the “institutional and moral power of religion” has not and can not be seen as a “guarantee of unconditionally good morality and as an impetus for promoting the spirit of freedom.” Welker then went on to talk about the importance of self-criticism and ecumenical/interreligious dialogue. As he stated, “what is most necessary, however, is a self-critical and informative examination of the creeping processes of alienation and secularization within religions themselves, in which context the disrupted relationship many religions have with the spirit of freedom cannot but play an especially crucial role.”  This being the case he succinctly stated toward the end of this section of his lecture that“it is only to the extent that religions are seized and shaped by this very spirit [of justice, freedom, truth, and peace] and then allow these bequeathed powers and spiritual gifts to assert themselves in a self-critical fashion that the spirit of freedom can become active within and venture from them.” Religious institutions and communities cannot be seen to be guarantors of freedom, but religion has the possibility to be a powerful participant in the actualization of freedom(s) when it self-critically allows itself to be shaped by this multimodal spirit of justice, freedom, truth, and peace.

Welker concluded his lecture by reiterating that the multimodal and multifaceted spirit of freedom includes modest or elementary forms of freedom, but he was quick to point out that these elementary freedoms should not cause us to “lose sight . . . of the relationship between the spirit of freedom and the spirit of justice.” He then stated that this requires us to “seek political and moral means of shaping the agenda of freedom within society . .  . in order to better deal with the more compact forms of social subversions of freedom.” Speaking again about religion Welker stated that “one must critically and especially self-critically examine the dangerous confusion between freedom, on the one hand, and institutional power and power aggrandizement, on the other” and he claimed that this “multimodal spirit of freedom, justice, truth, and peace facilitates the articulation of a natural-theological realism and an exemplary ethos.”

Lecture 4: Called to Freedom / Edinburgh Gifford Lectures Blog by blogadmin is licensed under a Creative Commons Attribution CC BY 3.0

2 replies to “Lecture 4: Called to Freedom”