Senior Professor Michael Welker gave the third of his six Gifford Lectures earlier this evening. The video of Welker’s lecture is embedded below (followed by a short summary) for those who were unable to attend in person, or for those who’d like to watch it again. An audio only version can be found at the end of this post. In order to further facilitate discussion Taylor D. Holleyman will offer his initial reflections on the lecture. Holleyman is a second year PhD candidate in Systematic Theology at the University of Edinburgh, New College.  We’d like to reiterate that we warmly welcome anyone wishing to engage with Welker’s lectures to contribute their comments and questions below.

Welker opened up his third lecture on justice by talking about a social state and a state governed by law, and as a case study he focused on Germany after the Second World War and the document produced by the United Nations Human Rights Convention in 1948. As he explained his key terms, “’governed by law’ involves the self-obligation to create universally binding laws and to tie the actions of all state organs to this constitution and these laws” where “’social state’ expresses the political self-obligation to secure social justice and security for all citizens . . . and to support the disadvantaged and those otherwise  in need of protection.” The goal of both is to ensure equality for all people.

However, as he went on to note there are “enormous formative problems” concerning the notion of equality of persons. When you observe the concrete situations of various people it is obvious that many people live in a situation of inequality (e.g. unequal possibilities and access to both intellectual and material goods). As Welker went on to note, it is this dual principle of a “social state” and a “state governed by law” that lays an important framework for the “multimodal formative potential of the spirit” to work toward establishing justice within the particularities of inequality that many experience today. He concluded this first introductory section of his lecture by emphasizing the importance of the integration between the rule of law and the protection of the weak in order to provide “energy and stability in the development of just law.”

The first major section of his lecture focused on this “millennial-old ethos” of justice and the protection of the weak. As he noted there is a “grand tradition” that extols “this combination of law and mercy, justice and institutionalized protection of the weak.” He began by talking about The Universal Declaration of Human Rights and then went on to mention that in the biblical traditions God is seen to be just and merciful. Some have focused on these divine attributes of justice and mercy when trying to understand how the image of God might (or should) be manifested in humanity. He went on to note that these themes are not only found in Judaism and Christianity, but that they can be found within other religions as well and throughout this portion of the lecture he went one to expound on this. He ended this section by noting that “while one must certainly acknowledge that transformative legal developments do contribute at least modestly to the emergence of circumstances conducive to freedom and equality, such developments are clearly excessively tedious and tend to drag on unnecessarily or even be obscured.” 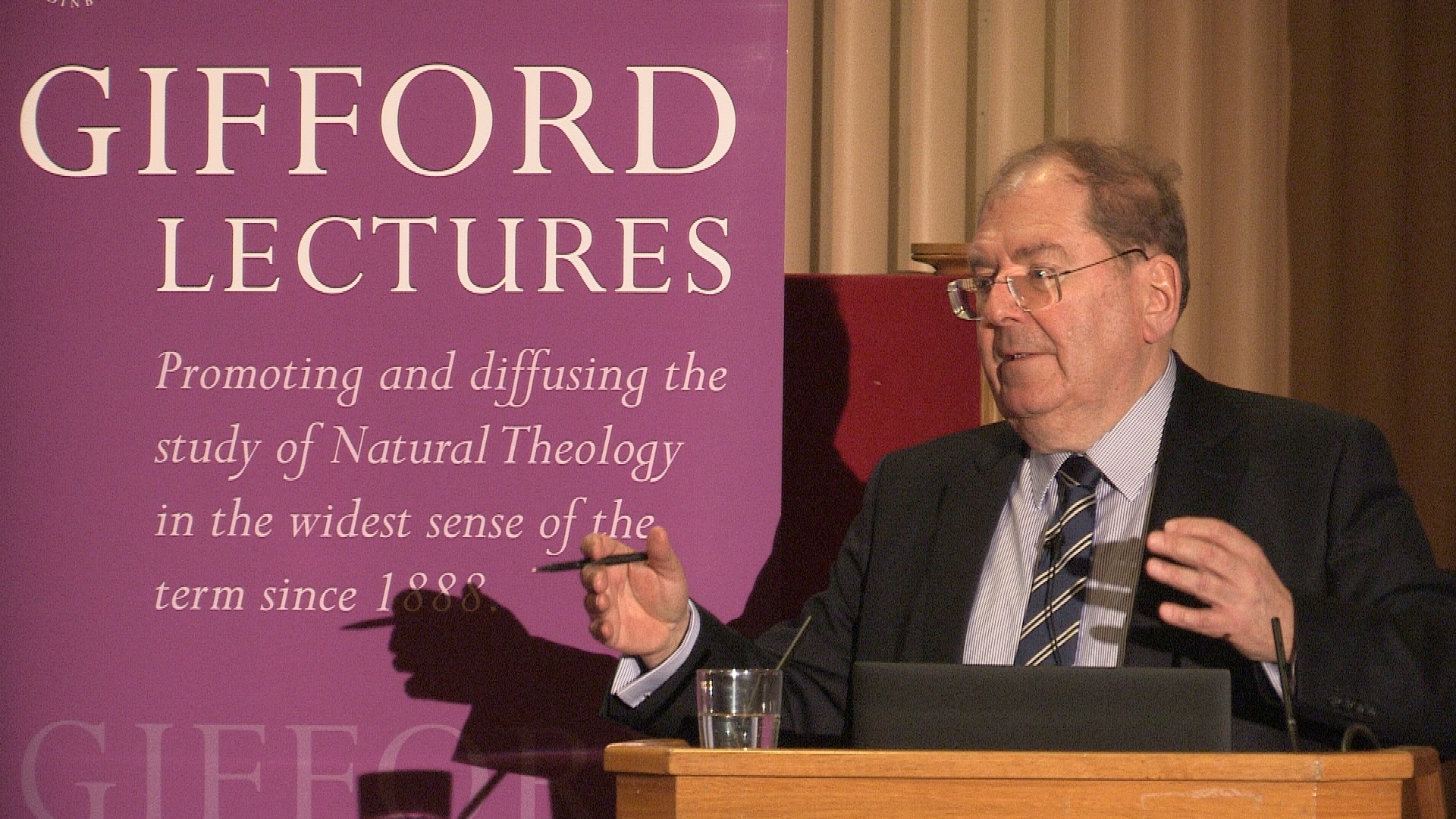 Here Welker turned to the next major section where he engaged with the notion of natural law. One of his major contentions with simplistic appeals to natural law was that “natural law obscures a fact most people prefer to ignore, namely, that all life lives at the cost of other life.” This fact, he went on to argue, poses problems for those who would like to too quickly turn to “unqualified references to nature and life as salvific concepts.”

In his next section he began to sketch an alternative to problematic appeals to natural law. As he stated, “I am suggesting in these lectures that we adopt and trust in the power of a multimodal spirit of the sort already evident in numerous historical and empirical contexts.” One of the ways that the power of this “multimodal spirit” differs from conceptions of natural law is the fact that “this power cannot . . . be reduced merely to some human mental faculty” nor can it be reduced to mere “nature” or mere “culture.” Instead it ought to be understood as “a plethora of natural and cultural circumstances and events that shape and sustain human intellectual operations that in their own turn are thereby also shaped and developed further.” Throughout the remainder of this section of the lecture he expanded on how we might understand the multimodal spirit as it relates to the actualization of just circumstances.

At one-point Welker took some time to specifically engage the passages in the book of Genesis where the origin of the concept of the ‘image of God’ can be traced for Judaism and Christianity. He discussed a number of prominent interpretations of the concept. He mentioned Karl Barth and Jurgen Moltmann with their wanting to understand the image of God as “applying to the partnership of man and woman, the relationship of I and Thou, or to peaceful (plural) society.” Welker himself wanted to emphasize the functional, rather than the merely relational, interpretation of the image of God and he argued that we had to have a realistic account of the image of God from this passage (one  that did not overlook the privileged place given to humankind nor the call for humans to exercise dominion over the earth). However, as he explained, “the ‘mandate of dominion’ privileges the position of the human species but simultaneously obligates humans, male and female, to exercise such dominion in a fashion informed by sustaining solicitude and care.”

As he drew this section of his lecture to a close, he stated that “our own ecological imperiled age is not the first to lament human failure in the face of this commission, for even witnesses from antiquity document such dismay.” Hence our need to critically and carefully consider what we mean when we declare that humanity bears the image of God. However, striking a note of hope, he did go on to say that “we must remain mindful that human beings, through the divine and the human spirit have indeed been endowed with the powers necessary for living up to this grand destiny.” He went on to express his agreement with David Fergusson arguing that we ought to understand the image of God as a “’complex identity that is established by a providential ordering of human life” and one that incorporates not only relational and functional aspects but also practical elements.

In drawing this lecture to a close Welker spoke again of how the multimodal spirit related to the human call to bring about and sustain justice (and he hinted at how this relates to the topics of freedom, truth, and peace that he would cover in his remaining three lectures). As he stated,

the multimodal spirit sensitizes people to experiences of justice and mercy in personal, familial, social, and political situations, either through personal experience or through personal engagement in bringing about such experiences. And despite numerous discouraging setbacks, it holds fasts—within a polyphony of feelings, experiences, and engagement on behalf of fellow human beings and the weak—to an ethos of justice and equality accompanied by an ethos of freedom, a commitment to truth, and a will to peace. Sanguine patience, a profound sensibility for dignity, though also serene confidence and joy invariably accompany and sustain this activity of the spirit among, through, and beyond living human beings.

He closed by reiterating that this appeal to a multimodal spirit (which cannot be reduced to the intellect) could help dispel radical doubts about the equality of human persons in the face of observable inequality (and in a way that avoided appealing to natural law) and he stated that this multimodal spirit “provides impetus to the worldwide, peaceful struggle for justice and the resulting edification and elevation of human beings.”

Lecture 3: Called to Justice / Edinburgh Gifford Lectures Blog by blogadmin is licensed under a Creative Commons Attribution CC BY 3.0

3 replies to “Lecture 3: Called to Justice”