Senior Professor Michael Welker gave the fifth of his six Gifford Lectures earlier this evening. The video of Welker’s lecture is embedded below (followed by a short summary) for those who were unable to attend in person, or for those who’d like to watch it again. An audio only version is available at the end of this post. In order to further facilitate discussion. Dr Tripp Fuller will offer his initial reflections on the lecture.  Fuller is currently a Postdoctoral Research Fellow in the School of Divinity here at the University of Edinburgh and he is also the host of the popular theology podcast Homebrewed Christianity. We’d like to reiterate that we warmly welcome anyone wishing to engage with Welker’s lectures to contribute their comments and questions below.

Welker started off the lecture by giving a general road map to where he would go in this lecture concerning the multimodal nature of truth. The first section of his lecture aimed to deal briefly with various conceptions of truth and the various aspects that characterize the search for truth and the dissemination of knowledge. In the second section he aimed to discuss the significance of international and interdisciplinary searches for truth by scholars and scientists that seek “to expand their approaches to anthropology and whose findings can acquire relevance for an anthropology shaped from the perspective of natural theology.” In the final section of his lecture he aimed to bring in various “concepts of God within natural theology that might support such anthropological findings.” He was quick to point out, however, “that the insights and assertions of natural theology itself must be subjected to modern critiques of religion.” He also hinted that, in this final section of his lecture, he would inquire into “whether the assertion from the theology of revelation  that ‘God is spirit and seeks to be worshipped in the spirit and truth’ can be rendered as an assertion commensurate with natural theology.” Furthermore, here at the beginning Welker briefly noted that he would take issue with bipolar approaches to understanding truth when they are taken to be absolute—the bipolar constellations of truth and approaches to understanding truth, according to Welker, are better understood “as manifestations of the multimodal spirit” of truth.

The first major section of his lecture was entitled “Truth within the arc extending from accuracy to internationally organized scientific and scholarly searches for truth.” He began by discussing the common association of truth with accuracy and correctness and he then moved on to discuss truth’s relationship to certitude and certainty. Next he went on to speak about formal searches for truth within the context of university settings. As he went on to say, “the fact that attention is occasionally and quite justifiably drawn to pioneering innovations outside organized research institutions militates not at all against the sustaining value of an organized system of research, scholarship, and teaching.” Welker made a point to state that the spirit of truth isn’t simply about evaluating, testing, and confirming truth claims but that it is also guided by and aimed at the creative expansion of new knowledge.

Furthermore, Welker ended this section of his lecture by speaking about the ethical significance of “the spirit of truth that radiates far beyond the sphere of science and scholarship out into society at large.” In order to further unpack this Welker engaged with the philosopher Volker Gerhardt concerning the connection between disregarding truth in order to cultivate one’s own image, such as Donald Trump has  done since becoming president of the United States. on numerous occasions As Welker went on to state, “Gerhardt justifiably insists that people had ‘underestimated the moral significance of truth while overestimating its metaphysical status.’ When the will to assert serious and resilient truth claims is abandoned, we lose our moorings in thinking, acting, and interacting. It is precisely the ‘relativity of the human experience of the world’ and the ‘variety, contrariness, and even enduring irreconcilability of positions that must make us conscious that, indeed, nothing is more urgent now than to hold fast to truth.’”

At this point Welker moved on to the second section of his lecture entitled “An interdisciplinary search for truth and its discovery of a differentiated natural-theological anthropology.” Here Welker talked about his experience working with scientists and scholars from various disciplines (e.g. physics, biology, psychology, philosophy, religious studies, and systematic, ethical, historical, and biblical theology) who eventually came to the conclusion that a multidimensional approach was needed in order to best address the complexity of anthropological inquiries. 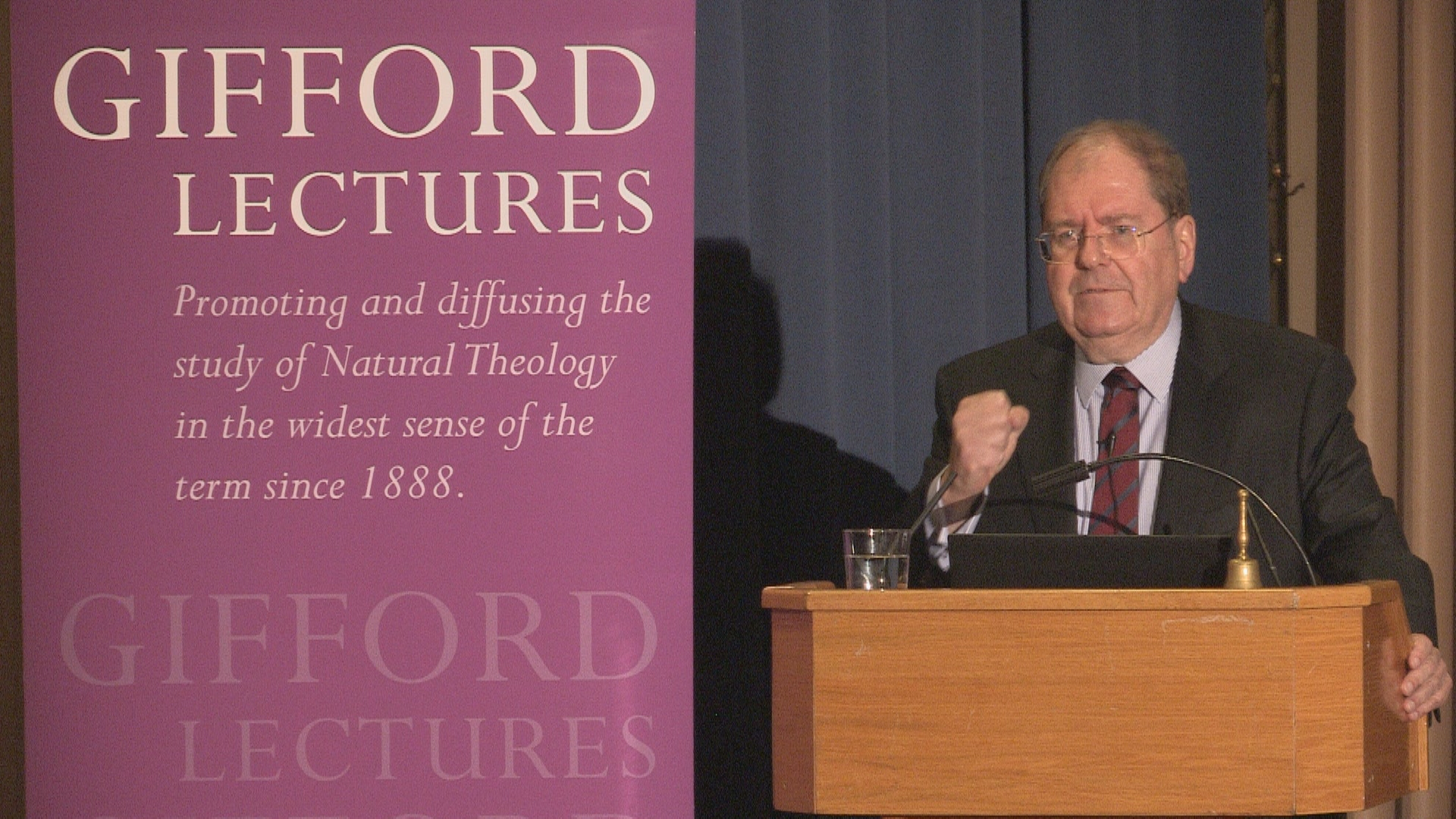 He also pointed out that key figures (such as the apostle Paul) who have commonly been taken to promote a bipolar approach to understanding the human spirit and body are in fact much more multifaceted than they are initially acknowledged to be. In speaking of this more nuanced understanding of Paul’s anthropology (in conversation with the New Testament scholar Gerd Theißen) Welker stated, “the body, for example, cannot simply be identified with predatory flesh focused on self-preservation but is instead the locus of various energies associated with the soul and spirit, hence the locus of the polyphonous interaction between all its members and a source of multidimensional psychosomatic resonance.” As Welker went on to claim, “although his [Paul’s] anthropology is indeed tied to a theology of revelation, its fundamental insights can also be clearly explicated and applied at the level of natural theology” and they also contribute to a multimodal understanding of the human spirit that is sufficiently capable of critiquing “bipolar-intellectualist conceptions” of the human spirit. Here Welker briefly and sympathetically referenced the Old Testament scholar Bernd Janowski and his work on the anthropology found within the Old Testament. In doing so Welker claimed that a “particular mode of operation that focuses on a broad selection of culturally and religio-historically oriented disciplines and their claims to knowledge,” as exhibited by Janowski’s work, “similarly provides a promising contribution to natural theology.”

Welker now moved on to the final section of his lecture entitled “’God as Spirit’—translating a statement from the theology of revelation into a statement commensurate with natural theology.” Welker began this section by engaging with Wolfhart Pannenberg and inquired into the origin of the term “natural theology” (which he traced back to Panaetius, the founder of Middle Stoicism). Welker proceeded to further inquire into what has been meant by “natural” theology and he briefly engaged with various attempts that tended to incorporate “speculative metaphysics and implausible cosmology.” He then briefly discussed the criticisms of religion put forward by Karl Marx and Friedrich Nietzsche as well as the theological responses of Karl Barth, Dietrich Bonhoeffer, and Paul Tillich. Welker stated, “theological critiques of religion must hold fast to the theological and ethical realism—with their accompanying truth claims—that Nietzsche himself perceived only in a distorted fashion and portrayed as blatant caricatures.” Later on in this section of his lecture Welker positively focused on Dietrich Bonheoffer’s realization that we needed more “multidimensional” and “polyphonic” thinking rather than “the single-dimensionality and linearity characterizing the thinking of most people.” Welker quoted Bonhoeffer at length here:

Christianity, on the other hand, puts us into many different dimensions of life at the same time; in a way we accommodate God and the whole world within us. We weep with those who weep at the same time as we rejoice with those who rejoice. We fear . . . for our lives, but at the same time we must think thoughts that are much more important to us than our lives. . . . Life isn’t pushed back into a single dimension, but is kept multidimensional, polyphonic. What a liberation it is to be able to think and to hold on to these many dimensions of life in our thoughts. . . . One has to dislodge people from their one-track thinking (Bonhoeffer, Letters and Papers from Prison, 405; cf. Welker, Theologische Profile, 116). 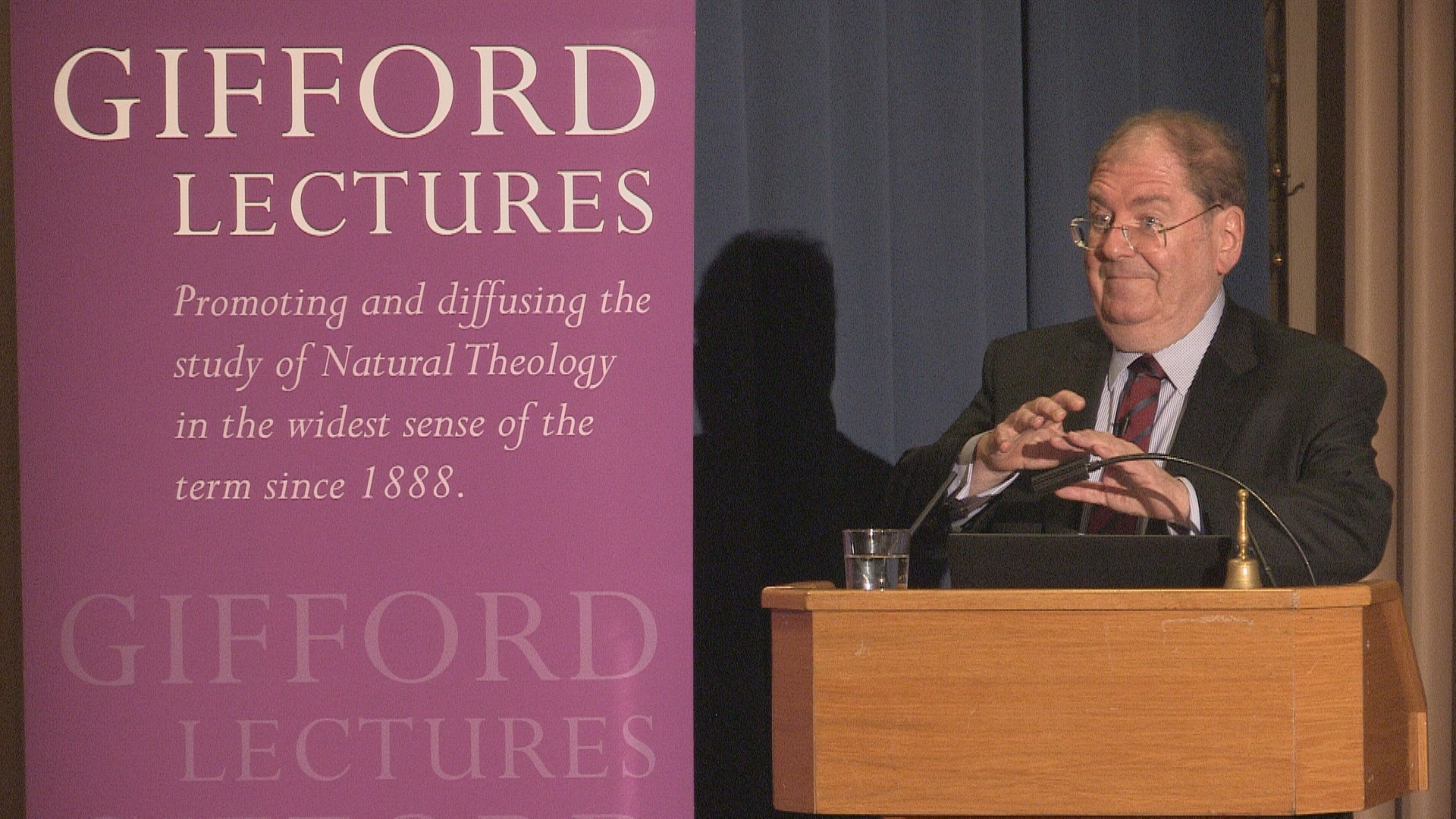 Welker argued that natural theology can likewise “profit today by picking up on this initiative to expand one’s thinking by engaging precisely this multimodal activity of the spirit.” He went on to state that the question concerning the essence and nature of God have been and continue to be centrally significant for the program of natural theology. Welker himself proposed that we could offer an answer to this by translating a famous theological statement from revealed theology in terms that are “commensurate with the conceptual world of natural theology.” The specific statement that he mentioned was from the Gospel of John that states, “God is spirit, and those who worship him must worship in spirit and truth” (John 4:24 NRSV). Focusing on the beginning part of that statement Welker sought to inquire into the “anthropological and ethical resonance of this divine power” in order to get a better understanding of what it means for humans to be made in the image of God. Here he succinctly recapped some of the key findings in the lectures up to this point:

He closed his penultimate lecture of the series by insightfully stating that “human beings are, on the one hand, beings gifted with earthly and transient life powers who, on the other hand, are destined to live from within the powers of the divine Spirit and in the process not only to gain a portion of these powers but also to communicate them to their fellow human beings and fellow creatures.” At this point he promised to summarize and integrate these themes further in the following final lecture as he further incorporates the fact that human beings are “being made in the image of God through their destined commitment to peace.”

Lecture 5: Called to Truth / Edinburgh Gifford Lectures Blog by blogadmin is licensed under a Creative Commons Attribution CC BY 3.0

3 replies to “Lecture 5: Called to Truth”