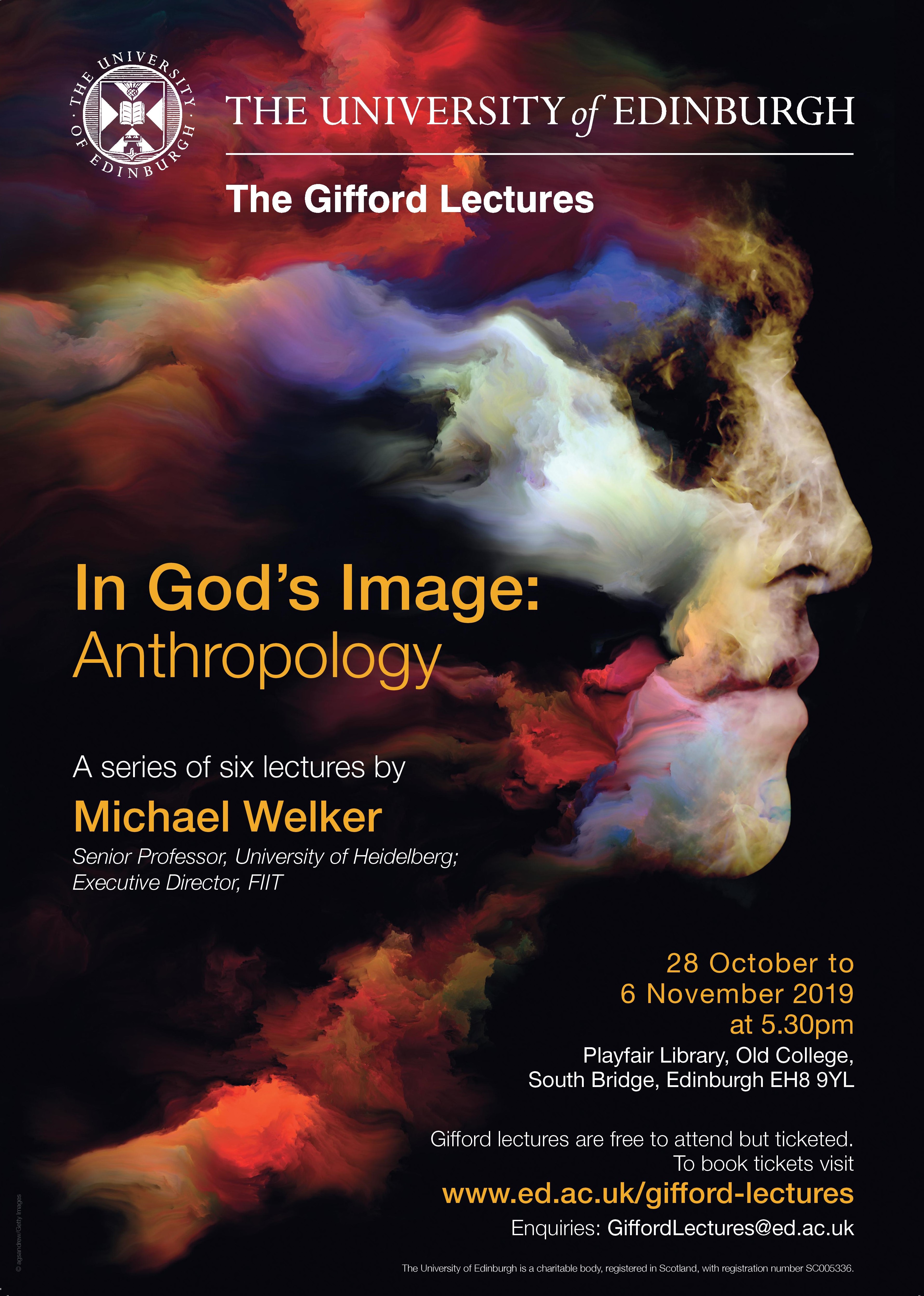 The Gifford Lectures this year are happening earlier than previous years and they are only a little over two weeks away! Senior Professor Michael Welker (from the University of Heidelberg) will deliver the first of his six lectures on the concept of the image of God in humanity on the 28th of October. As he himself describes the series, “This lecture series explores the concept ‘in God’s image’. Human existence, ranging ‘from dust to dust’ to ‘only a little lower than God’, challenges us to discern the moral, scientific, technological, and religious powers that human beings bring to bear most effectively within this broad spectrum. An examination at an intellectual level and beyond illuminates the emergence of the human potential for justice, freedom, truth, and peace.”

The lectures will be held in the Playfair Library at the University of Edinburgh and (free) tickets are now available for booking. Like in past years this blog will be active alongside the lectures to facilitate further discussion of Welker’s lectures online. The videos (and audio) of each lecture will be posted here shortly after they have been given and a number of contributors will offer their reflections to further facilitate conversation. Whether you are able to attend the lectures in person or are only able to engage from a distance all are most welcome to join in on the online discussion. For further details on how to join the conversation see How to Engage.

Professor Welker’s lecture series “In God’s Image: Anthropology” promises to be of interest to anyone who is interested in how we might better understand the ongoing implications of an ancient theological concept for understanding human existence in today’s world.