Earlier this evening Professor Dame Mary Beard gave her sixth and final Gifford lecture. The video of Beard’s lecture is embedded below (followed by a short summary) for those who were unable to attend in person, or for those who’d like to watch it again. An audio only version can be found at the end of this post. In order to further facilitate discussion Anastasia-Stavroula Valtadorou will offer her initial reflections on the lecture and some of the themes of the previous lectures. Anastasia-Stavroula is currently working on her PhD in Classics at the University of Edinburgh. We’d like to reiterate that we warmly welcome anyone wishing to engage with Beard’s lectures to contribute their comments and questions below.

Earlier this evening Professor Dame Mary Beard gave her last lecture of the series that aimed to tie up the series by focusing  a little on her own biography with Classics in order to further reflect on “what we think we mean by the contested term of ‘Western Civilization’ and how, for good or bad, Classics relates to that.”

She started off by speaking about a poem, Autumn Journal, by the Irish-Oxford poet Louis MacNeice (who was also a professional academic classicist for 20 years) and the role that it has played in shaping her own approach to the study of Classics. These are the sections of MacNeice’s poem that she reflected on as she presented them:

Not everyone had
The privilege of learning a language
That is incontrovertibly dead.

. . . the classical student is bred to the purple, his training in syntax
Is also a training in thought
And even in morals; if called to the bar or the barracks
He always will do what he ought.

And lastly turning to this section of Autumn Journal,

. . . when I should remember the paragons of Hellas,
I think instead
Of the crooks, the adventurers, the opportunists,
The careless athlete, and the fancy-boys,
The hair-splitters, the pedants, the hard-boiled sceptics,
And the Agora and the noise
Of the demagogues and the quacks; and the women pouring
Libations over graves
And the trimmers at Delphi and the dummies at Sparta and lastly
I think of the slaves
And how one can imagine oneself among them
I do not know;
It was all so unimaginably different
And all so long ago.

As Beard explained, she first read this poem in the early 1970s “and it opened [her] eyes to a very different way of looking at the Latin and the Greek that [she] was then studying at school.” She recounted how she would often do her homework beneath a poster “of the then imprisoned black power leader Angela Davis” and that she lived a somewhat “split existence” as a “would-be-free-thinking revolutionary in her head” while she in actuality lived as a “decidedly un-revolutionary swot.” She noted that McNeice’s poem played a significant role in helping her fuse those existences and in helping her recognize the need to think about “the social and cultural capital that had traditionally gone with the study of the Latin and the Greek.” As she went on to explain, “I had never thought about the role of Classics as a gatekeeper of the British social and political elite . . . ; nor had I consciously reflected on the loaded uses to which Classics had sometimes been put, from upholding conservative styles of art to justifying empire” to furthermore noticing the relationship between “the authority of money, capitalism and the politically symbolic repertoire of Classics” as illustrated in the Classical architecture of many “big bank branches.” She also noted that MacNeice’s poem (particularly the last section quoted above) encourages the student of Classics to look for what is not always most prominently shown. As she stated, “Up till then, I had generally accepted a diet of ‘great men’, Caesars, and genocidal generals, possibly with a sprinkling of women behind the throne. . . it was this poem, more than anything else, that prompted me to realize that there are bits of the ancient world and its inhabitants that I had not been taught to see, or I had been taught not to see: the ordinary, the crooks, the fancy boys, as he put it, the women, ‘the slaves.’” The message from MacNeice’s poem that Beard took to heart and that has continued to influence her approach to the study of Classics since  is this: “look for what you can’t see in the ancient world, and always try to tell the story from the other point of view.” 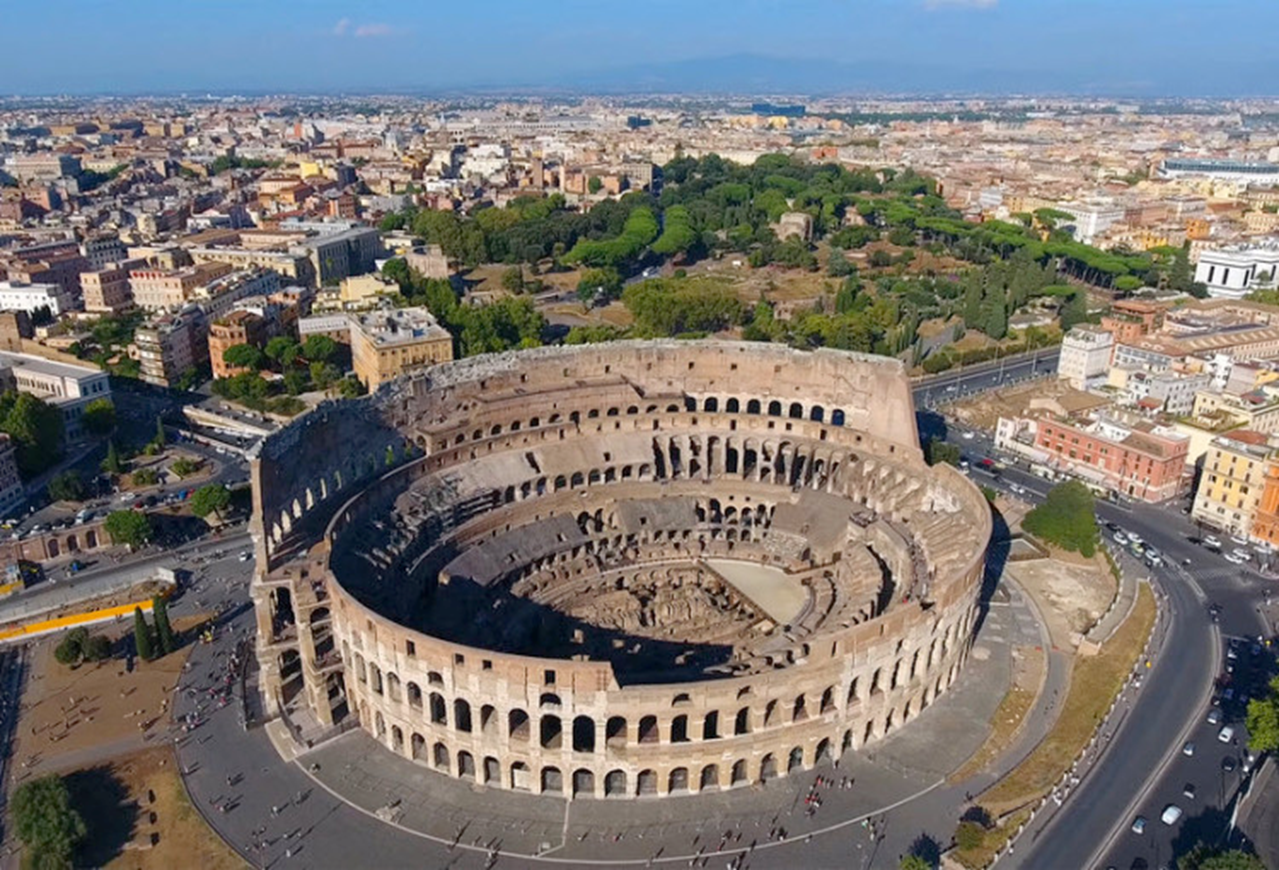 She went on to note that “I now feel much bolder than I used to  in resisting the temptation to claim that the Greeks and Romans are relevant to us in any narrow sense” and that she now feels “fine about not admiring the Greeks and the Romans in any straightforward way.” However, that’s not to say that the study of Classics is useless for understanding our contemporary situation(s). The study of Classics does help us better understand “why western culture operates like it does” even if the study doesn’t provide something capable of easy emulation and appropriation for today. As she went on to explain, “I have no hesitation . . . in saying that keeping Classics in the picture hugely enriches our understanding of western social, political and cultural structures, and the often un-thought assumptions on which those structures were and are based.” But in acknowledging this one is not thereby committed to turning a blind eye to the problems in the Classical world nor to the problems that still remain today in both the study of it and in its various un-studied appropriations (a number of which Beard has pointed out throughout this series). At this point in the lecture Beard briefly spoke about the many criticisms of Classics that have arisen from Classicists themselves. She noted that while there are justifiable reasons to criticize the ways that Classics has sometimes been used, she nevertheless cautioned against a “willful blindness” to the “good” uses of Classics that can (and have) coexisted with its misuses. She then moved on to speak briefly about the historical role that learning ancient dead languages (Latin and Greek) played in both Scotland and England, but she focused mostly on the role it played in England as a gatekeeper for the elite and its role “as a practical route to power.” She further noted the etymological link between class and Classics. As she stated, “’Classics’ in other words has not just come to be defined as posh, the very word originally meant posh.”

With this being the case, she began to reflect on whether we ought to get rid of these “class-ist associations.” She went on to explain how she doesn’t think this poses as big of a problem today as it is sometime thought to, but nevertheless she noted “that in some ways Classics has been, and maybe still is, guilty as charged.” She noted that “knowledge of Latin and Greek has operated as a gatekeeper to some types of elite privilege” evidenced by the fact that until 1960 Latin was a prerequisite to study at Oxford or Cambridge.  However, as she noted there are instances of those deemed to be outsiders (e.g. Alexander Crummell and Jane Ellison Harrison, to name just two examples) who acquired the skill set to breakthrough class, racial, and gender barriers set up by the elite gatekeepers and thereby began to transform the study of Classics from within (even if only little by little). As she further noted, “I think the ‘elite-gatekeeper’ problem for Classics is true up to a point . . . . But  it is a bit more nuanced than it looks and is constantly changing.”

At this point in her lecture she turned to focus on the perceived centrality of the notion of “Western Civilization” in the study of Classics. As she explained the issue, “Classics is charged with complicity in a version of the ‘West’ that elevates ‘Western Civilization’ in a way that is pretty much designed to conceal the value of different ‘civilizations—unseen, except as an inferior foil or as a colonized other.” In beginning to address this charge she noted two powerful charges. She briefly referenced the Harvard philosopher Kwame Anthony Appiah’s 2016 Reith Lectures who persuasively “unpicked this amalgam of ‘Western Civilization,’ tracing it back in its highly ideological form only to the late nineteenth century . . . and showing very clearly how a grand narrative of cultural superiority was forged, that went from 5th century Athenian democracy, through Magna Carta, the Copernican revolution and son on . . . creating a vision of ‘the west’ as a perennially tolerant, democratic, rational world, while airbrushing out it’s autocracy, genocide, racism and the rest.” She also briefly noted the influence of Martin Bernal’s three volume Black Athena: The Afro Asiatic Roots of Classical Civilization, first published in 1987, that argued that Classicists have been blind to the “formative influence of near Eastern cultures and Egypt, especially, on what we call ‘Greek.’”

She then began to unpack her own “yes, but…” response. In reference to Bernal she voiced her disagreement with his approach. As she said, I don’t think that he best way of toppling the claims made for the ‘originary genius’ of the Greeks is to replace that with another, different set of originary geniuses.” Searching for the initial foundational catalyst is a mistaken way to go about addressing these problems. In reference to Appiah Beard registered concerns about throwing the baby out with the bathwater. As she noted, “It seems to me important to shed the term [i.e. Western civilization] of its hierarchical superiority and to look harder (as I have tried to do) at some of its crueler and unsettling sides. But doing that is not to deny that there is a ‘western’ set of literatures and practices, partly (only partly) defining themselves by their dialogue with what we call the classical world, that has different coordinates from say Chinese or Meso-American cultures.”

As Beard elaborated in concluding this lecture, and the series as a whole, she stated “I think there is a lot wrong with the ways Classics has been studied (I’m very much with MacNeice and others here), I’m allergic to many of the things the ancients got up to, and I shudder at what is done in the name of ‘western civilization.’ But we can’t throw it away . . . and we can’t hope to make sense of the cultural debates that the west still has (whether that is about rape or empire) without keeping the classical world on the map.”