Professor Fuentes’ 2018 Gifford Lectures are a little over halfway completed at this point. In this post we have the opportunity to read Dr Marc Kissel’s reflections on the series so far. Dr Kissel is currently a Lecturer in the Department of Anthropology at Appalachian State University in North Carolina, USA. 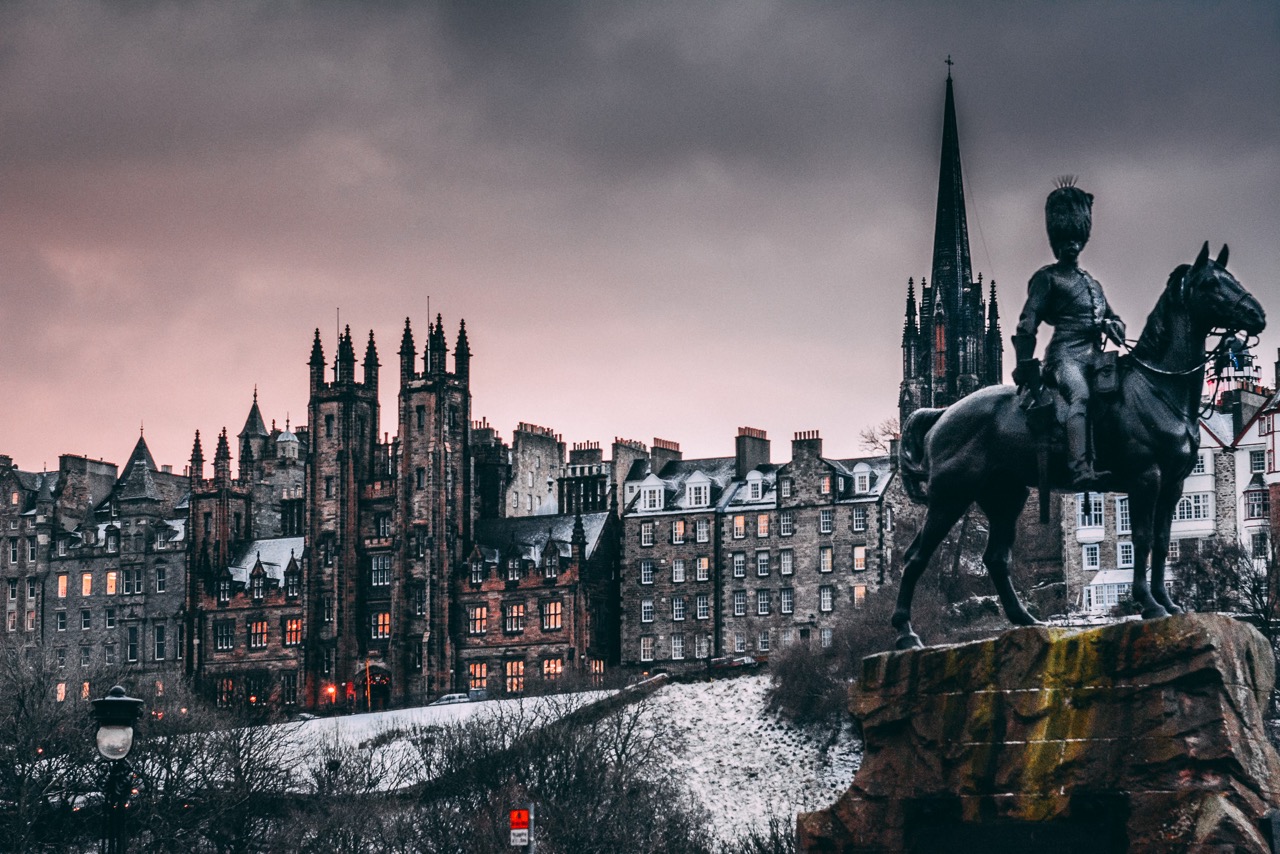 Constructive Possibilities for the Sciences and Humanities

I’m extremely honored to be asked to offer some thoughts on Dr. Agustin Fuentes’ Gifford Lectures. In the interest of full disclosure I should state at the onset that I’ve known Agustin for a number of years, having worked with him at Notre Dame while I was a postdoc and have published a number of articles together (a few of which he references in his talks).

For outsiders, anthropology is a curious discipline. In one academic department there may be a scholar who studies the culture of coal miners in West Virginia, an archaeologist working on the layout of an Aztec site, and a biological anthropologist examining the genetics of long-dead human ancestors. What brings us together over the coffee machine is our desire to understand what makes us human. Fuentes touches on these themes by noting how complex and multifaceted the human story is, asking us to consider why we believe and how that belief effects our lives. Something I took away from these talks is that answering why is often harder than answering how. In fact, while many of us devote our academic lives to questions of where we come from, we rarely ask what it means in the larger sense. By continuing discussions such as these Gifford Lectures, we can foster new interpretations and, more importantly, continue to bridge the divides that often exist between the sciences and the humanities.

The simple fact that I could watch these lectures over 3,500 miles away reinforces Fuentes idea that creativity is one of the most important, and often unrecognized, aspects of the human story. Importantly, this creativity may have begun earlier than often thought. Up until 10 years ago, Neandertals and other ‘non-modern’ humans were believed to be incapable of sophisticated thought.  Neandertals, the quintessential ‘cavemen’ of the Paleolithic, have in the last decade received a much-needed makeover[i]. Both genetic, fossil, and archaeological data now suggest that they were more human than previous generations of scholars have thought. For example, many modern humans have 2-4% of their DNA from Neandertals! New researched published last week suggests that they painted cave walls[ii] , something that was often seen as solely the purview of modern humans. To build on some of Fuentes’ thoughts, I would suggest that Neandertals were as human as any other population living in the Pleistocene. The exact way that their humanness was manifested was different than it is seen today, since their niche was different.

Thinking though these series of lectures has me returning to a question I used to see as fundamentally impossible to answer: Did Neandertals have a form of religion? Did they think about their future and a life after death? While I doubt their form of religiosity was the same as ours, my guess is the answer is yes. As Fuentes points out, religious beliefs are most likely older than formal religious systems.

How could we begin to test this assertion? One difficulty is that, for the most part, archaeologists only accept/revert to a ‘ritual’ explanation of an object if they have exhausted all the other interpretations. This leads to another issue that paleoanthropologists are grappling with, and one which I think can lead in interesting directions through discussions with theologians. How can we define these terms to be inclusive, rather than exclusive? To give an example, a recent art exhibit has taken archaeological artifacts and displayed them simply as sculptures, rather than as tools[iii]. This leads us to ask if these artifacts  can been seen apart from their utilitarian function The work by Kevin LaLand and colleagues that Fuentes references suggest to me that this is the wrong question to ask. We shouldn’t think of an artifact as being either used for aesthetic or utilitarian reasons. Modern humans often embed meaning in even the most mundane of objects. A toothbrush’s function is pretty simple[iv]. Yet, you can purchase a $4000 toothbrush (and $100 toothpaste to go with it!). Why? For us, it is a way of signaling something about who you are. My contention would be this behavior reaches far back into the past. An early human could have used ochre with a functional reason, but nothing stopped her from sharing it in a way that is pleasing to her. A shell bead might function to signal who you are, but they are also pretty and delight the wearer.

As Fuentes indicates, too much effort is placed on the role of violence and aggression. This is not to suggest that early humans were living in a utopia, nor to suggest that we are living in the most peaceable and best time ever. As work by Penny Spikins and colleagues shows, compassion is as important as violence in the human story. An archaeology of war is much easier to show than an archaeology of peace. And the latter gets more attention. While violence and aggression get our attention, they are only part of the larger picture.

I found the last lecture to be both provocative and challenging. He lists in part three ways in which belief matters for the worst. His suggestion that “Belief is the most prominent, promising, and dangerous capacity of humanity” rings true and I was happy to see him bring up the issue of inequality. Racism, xenophobia, and misogyny divide societies and also make science incomplete. Processes which limit diversity in academia make the very story that Fuentes tells us more difficult to unravel. If we want a complete picture of what it means to believe, what it means to be human, and what it means to be part of the tapestry of life, we need to build more inclusive scholarship. Recent examples of prominent men being shown to be serial predators, and other men defending them, is not limited to Hollywood. As my colleagues have shown, harassment in the field is way too common[v]. Many are hesitant to speak up. But if we don’t we will find ourselves on the wrong side of history. We will have forgotten that our role as anthropologists is to speak truth to power and all the privileges that come with it.

When I worked with Fuentes at the University of Notre Dame my position was sponsored by the Center for Theology, Science, and Human Flourishing. I would go to anthropology conferences and some colleagues would roll their eyes when I mentioned working with theologians. But I learned a few things very quickly (and also picked up a lot of information on Thomas Aquinas). One is that we are, or rather should be, mutual allies. Both of our disciplines are interested in the questions of what makes us human. While our answers about where we came from may differ, we have a lot to offer each other. Anthropologists can provide context about the evolutionary story, as Fuentes does here. And theologians can remind us about the breadth of the human experience that is often missed by those of us rooted in the evolution sciences. If nothing else, the value add of my job was that I learned my colleagues aren’t all creationists and they learned not all anthropologists are anti-religious. By emphasizing our shared evolutionary history, Fuentes provides a nice roadmap to future discussions on these themes.