So I’m guessing 2020-21 brought all of us more TV watching than ever before, as we attempted to keep the boredom at bay during the various phases of lockdown. Now, I don’t want to ruin anyone else’s boxset binges, so I have to say that there will be SPOILERS, don’t read on if you don’t want to read them.

Right, now that’s out of the way….

As part of the analysis for the Suicide in/as Politics project, we are undertaking a documentary analysis of a range of documents about suicide prevention. These documents identify a plethora of groups that are viewed as at ‘higher risk’ of suicide or who need tailored suicide prevention efforts; one such group is LGBTQ+ people. This is a particular area of interest for me as my previous PhD research focussed on LGBTQ+ young people’s suicidal thoughts and attempts in Scotland.

The idea of LGBTQ+ people as at a higher than average risk of suicide is one that I imagine most people are familiar with. Over the past two decades there has been a significant expansion in research demonstrating that LGBTQ+ people, and in particular LGBTQ+ young people, have disproportionately high rates of suicidal thoughts and attempts when compared to their cisgender (non-trans), heterosexual counterparts (Haas et al., 2011; Marshal et al., 2011; World Health Organisation, 2014; Connolly et al., 2016; Semlyen et al., 2016; Miranda-Mendizábal et al., 2017; di Giacomo et al., 2018; Surace et al., 2020) and this has also been reflected in representations of LGBTQ+ youth in TV. Fictional representations of LGBTQ+ suicide, and more broadly LGBTQ+ death, presents us with a challenge: how can a successful balance be struck between paying enough attention to the disproportionate burden of suicide faced by LGBTQ+ young people, and unquestioningly accepting and, at times, perpetuating the inevitability of queer youth suicide?

I was reminded of this challenge last Friday night when I sat down to watch ‘the Wilds’. The Wilds is a show that I would say is somewhere between Lost, Lord of the Flies, the Power and a dystopian research nightmare. The TL;DW summary is that a group of teenage girls believing they are going on a relaxing getaway are drugged, convinced that they are shipwrecked and forced to survive on an island over multiple weeks, for a coercive, covert research experiment.

Let’s for now forget about the wild lack of ethics in the portrayed research experiment (something I could also write reams about), and instead zoom in on episode 8 which portrays the character Shelby’s back story. Shelby is a white, blonde, pageant queen from an affluent Christian family in Texas. Her dad runs at-home conversion groups, which, in a somewhat predictable plot twist, makes Shelby the closeted queer character. 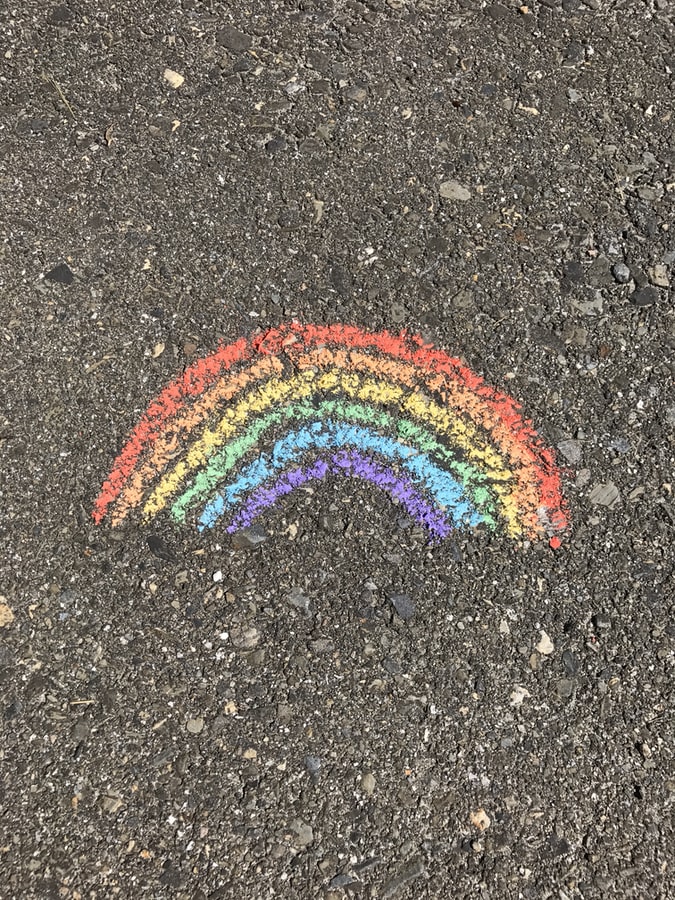 At first Shelby appears to hold religiously motivated homophobic views, exemplified by her hostility toward fellow queer islander Toni (repeating a well-rehearsed yet problematic narrative that those that homophobically harass others do so because they are struggling with their own sexual orientation). But then we get to see her backstory…

For those yet to see the show, let me introduce you to Shelby’s best friend Becca, with whom Shelby shares a kiss interrupted by Shelby’s father coming up to call the girls for dinner. Although unaddressed in the moment, Shelby’s dad calls Becca’s dad and the two girls’ families meet to discuss. This is overheard by Shelby. To try and deflect blame from herself, Shelby blames Becca both to her own parents and to Becca herself during an argument in which she tells Becca they can’t be friends anymore. The next time we hear of Becca is in Shelby’s pageant changing room where she is told Becca has died by suicide. The storyline is over in a flash. Shelby sheds a few tears on stage directly after hearing the news, but any further grief or emotional response is largely absent from our screens.

In some ways, given the brevity of Becca’s screen time, we get significant insight into her life. The argument with Shelby is the last time we see her in the show before we hear that she is dead, and there is no narrative on why she took the decision to end her life. As a result, it is left to the viewer to reconstruct the pieces of her life we have been shown and come to our own understandings of her death. We know that Becca had experienced multiple ‘contributory factors’ thought to increase the risk of suicide: she was sexually abused in childhood by her step-brother; she had previously been “5150d” (a temporary, involuntary detention within a psychiatric hospital); but the representations of the kiss and subsequent argument with Shelby directly prior to her suicide, appeared to me to be positioned narratively as a catalyst.

Becca’s suicide disturbed me somewhat for its passing, almost casual representation of queer death. I interpreted her existence in the Wilds only as an omen to foreshadow the difficulties and inevitable downfall of queer lives (I would argue in a somewhat similar way to the death of the supporting character River in the Politician). For Shelby it appears that the kiss with Becca, their parents’ homophobic response, in addition to Becca’s death, pushes her further back into a closet filled with internalised homophobia and self-hatred (a kiss-and-shame cycle which is reproduced on the island when she kisses fellow islander Toni). For me, therefore, Becca’s suicide was ultimately a barely explored plot prop. I was left asking in this instance, as with so many other instances of dead queer characters: why death? Why was the loss of a best friend through the breakdown in their relationship not good enough? Why was it that Becca died, and particularly why did she die in this throwaway manner?

These questions can possibly be answered in part by examining broader research on representations of queer death. The tendency to kill off queer characters in TV, film and literature (although not necessary by suicide) has been referenced as the “bury your gays” trope (Hulan, 2017; Waggoner, 2018). It has been suggested that an author “burying” their gays can be used to avoid the negative consequences of being seen to endorse same-sex relationships, as a spectacle, or as a narrative punishment for queerness (Hulan, 2017). Alternatively, Cover (2012) has argued there is an extent to which a pipeline is imagined from coming out as an LGBTQ+ person, to experiencing, and in turn internalising queerphobic shame, to suicide. Consequently, Cover articulates a sense in which there can be a “resigned expectation” of queer youth suicide accepted as an inevitable tragedy in research, queer communities and more broadly society at large. Therefore, the fictional representation of suicide could be viewed as a reflection of this imagined reality.

It is somewhere between the inevitability of Becca’s storyline, and the disposability of her character, that my discomfort lies. In so many televised representations of LGBTQ+ people the notion of a happy gay character is largely absent. In fact, it is often the point of happiness at which the character dies or at least befalls a tragic accident (example include Bernie in Holby City, Kate in Last Tango in Halifax, Delia in Call the Midwife – for more see  https://www.autostraddle.com/all-65-dead-lesbian-and-bisexual-characters-on-tv-and-how-they-died-312315/?all=1). There is a distinctly limited lifespan for many LGBTQ+ characters, representing a challenge to even imaginary LGBTQ+ futures. Perhaps in the Wilds this balance will be better settled in the second season, but for now the hanging thread of the queer youth as either dead, deeply distressed or dangerously self-destructive (a key feature of Toni’s queer story also played out in the series) left me feeling deeply unsatisfied.

("Gay Pride Flag" by sigmaration is licensed under CC BY-NC-ND 2.0)

Representing LGBTQ+ youth suicide: The Wilds. / Suicide in/as Politics by blogadmin is licensed under a Creative Commons Attribution CC BY 3.0