As suicide research is dominated by quantitative studies (Hjelmeland and Knizek, 2010; Testoni, Vincenzo and Zamperini, 2021), whenever I come across a new qualitative paper in suicidology, it’s exciting! This is how I first felt when I came across “What Can We Learn From First-Person Narratives?” The Case of Nonfatal Suicidal Behavior by Bantjes and Swartz (2019). Reading the paper, I went through a full range of emotions, which is why I recently recommended it for discussion in our research group’s critical suicide studies reading group back in February and why I wanted to write this blog.

Bantjes and Swartz’ paper is clearly situated from the outset not as opposing the advancement of qualitative research methods in suicide studies, but as a constructive critique of the ways in which suicide research had thus far employed qualitative methods in practice. Although in this blog post I cannot do justice to the authors full argument, the crux of the paper for me was the authors’  claim that to date qualitative suicide research has accepted first person narratives as a sort of window into the psyche, without critically engaging with these narratives as… well…. narratives. In particular, they take issue with the work of Hjelmeland and Knizek (2017), in which Bantjes and Swartz feel there is a disproportionate emphasis on the validity of first person narratives over other kinds of (quantitative) research data, and what they consider to be a flawed treatment of people with lived experience as suicide ‘experts’.

At first I had a defensive reaction, rooted in a knowledge that at times qualitative researchers do represent participants’ account as ‘truths’ without applying an interpretative lens of critical engagement. For me, as a qualitative researcher, this can be in part because applying a more critical lens to someone else’s experience can feel like a process of invalidation. Within my own research practice, I find myself torn at times between two positions. With my ‘activist hat’ on I value and accept stories that others kindly share with me, and see it as at best inappropriate, and at worst invalidating and potentially harmful to question or interrogate them, and these concerns are particularly amplified when the stories shared with me have been dismissed or diminished elsewhere, potentially because of broader societal mental health and suicide stigma. In contrast, with my ‘researcher hat’ on I view absolutely everything as a potential site for critical engagement, attempting to balance a position of faith and suspicion in my interpretation (Josselson, 2012), whilst reminding myself that nothing can be entirely taken at face value. 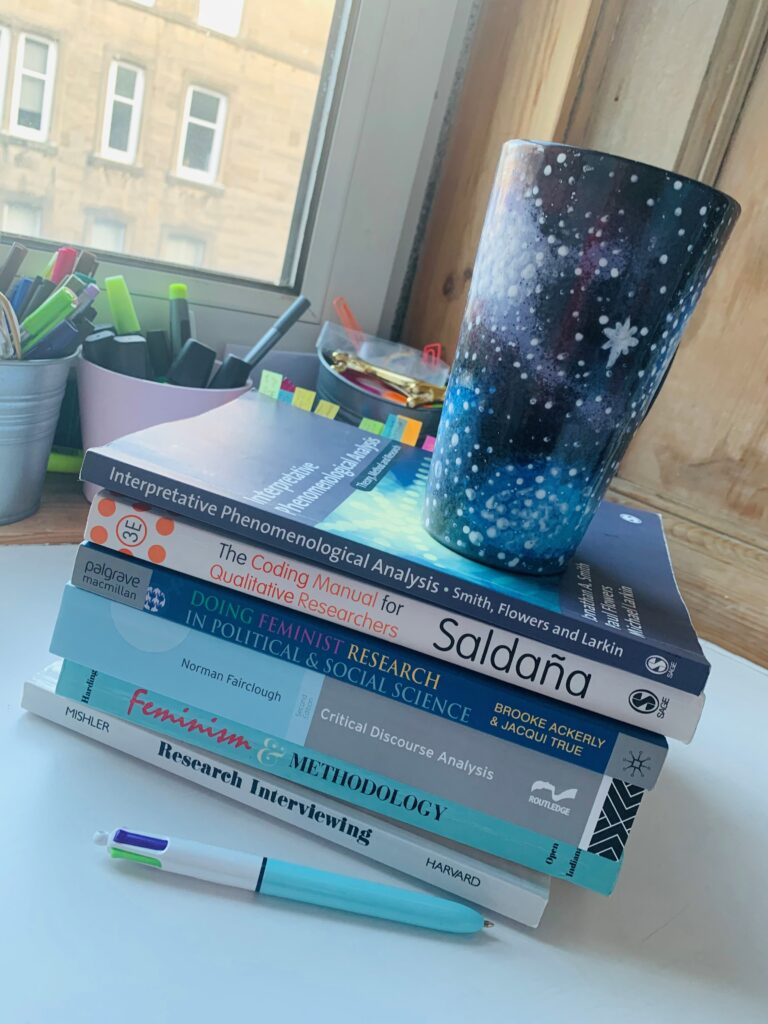 While this tension is an important one to reflect on, I don’t think that this is a struggle that is unique to me, or one that is more broadly over-looked by qualitative researchers as Bantjes and Swartz seem to suggest. Throughout a range of narrative and critical analytical approaches, the treatment of qualitative data is an explicit object of consideration, negotiation and study, with researchers contemplating how to both authentically represent research data in a way that accurately communicates what research participants have said, whilst also respectfully interpreting how and why such narratives might be articulated (Mishler, 1991; Smith, Flowers and Larkin, 2009; Fairclough, 2010; Josselson, 2012; Kara and Pickering, 2017). In doing so, at times our interpretation may not match our participants’ and indeed our participants might disagree with us, which can also be taken into account in the interpretation and writing up of qualitative research.

In engaging in processes of interpreting and analysing data as researchers, we work out ways of understanding data as situated within specific contexts and conversations, and take into account the fact that no individual person has full and complete insight into their own lives, let alone into the lives of others. It is precisely this awareness (that particularly in the context of suicide stigma we may wish to distance ourselves from those that have previously dismissed the stories of our participants and instead demonstrate an ethic of care and a validation through a less critical engagement with their stories), that can help build in mechanisms to ‘catch’ ourselves, think reflexively, and intentionally pay attention to the balance of faith and suspicion in our interpretations. This is absolutely not to say that we can do it every time, but rather to argue that there is an on-going effort to do so and that these efforts are not as absent from analyses of first person narratives as indicated by Bantjes and Swartz.

For Bantjes and Swartz, the practice of reflexivity did not seem very present throughout the paper. Instead, the authors appeared to occupy a more positivist epistemological position:

“we need to consider augmenting first-person accounts of suicidal behavior with other collateral information and other narratives, in a process akin to triangulation”. (2019; pp.1504)

This idea that Bantjes and Swartz offer us begins as an augmentation of first-person account, a suggestion that I believe is helpful (seeing how many people in a given situation think about something similarly or differently may help us to understand how and why they behave in particular ways for example). However, I found the idea of it being “akin to triangulation” unsettling. Taking a more interpretivist approach, I would argue that triangulation is a process of checking data sets against one another and trying to ensure that one has correctly captured the ‘truth’, or as Bantjes and Swartz put it, a “more complete picture”. Whereas I would argue that each and every piece of suicide research, whether qualitative, quantitative or mixed methods, represents partial accounts of the people it includes, and together we build broader, more detailed understandings, but that these never be a ‘full’ picture, as there is no objective picture ‘out there’ to capture.

Emerging here, I believe, is a fundamental questioning of what suicide research is and what suicide research does. This sort of questioning arises when a discipline is forced to confront and reflect upon itself when the possibility for change is presented (Becher and Trowler, 2001). As asserted at the start of this post, suicidology is predominantly a quantitative discipline. Its business has, historically, been trying to understand suicide behaviour with the ultimate goal of enhancing the prediction of suicide attempts, therefore improving (particularly clinical) efforts to prevent it. Whilst today many major suicide research centres do use qualitative methods, often as part of mixed methods studies, I would argue that qualitative research is still seen as supplementary, a helpful but not always necessary ‘add-on’ to the core business of quantitative research. For example:

“Qualitative accounts of people’s lived experience are valuable and can help to augment current conceptualizations of suicidal behavior, provided the limitations of first-person narratives are made explicit and the problems we outline above are considered” (Bantjes and Swartz, 2019; pp.1503).

Testoni, I., Vincenzo, C. De and Zamperini, A. (2021) ‘Chapter 9 The Words to Say It – Qualitative Suicide’, in Advancing Suicide Research.

The Qualities of Qualitative Suicide Research / Suicide in/as Politics by blogadmin is licensed under a Creative Commons Attribution CC BY 3.0