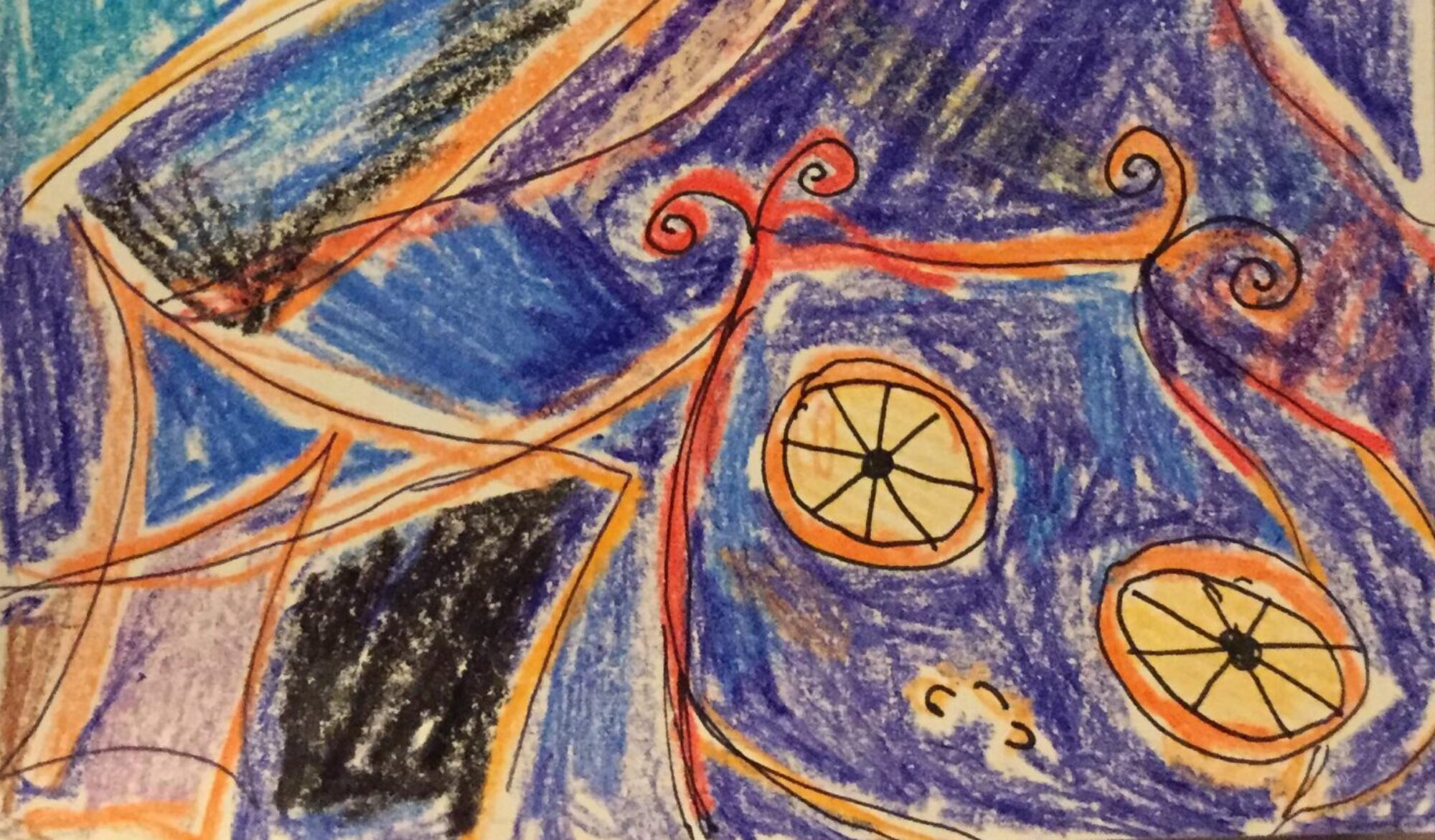 Above is the link to the short video I created in response to the found object prompt. It captures the blurry transition from the absence of consciousness into awareness of the concrete world – a practice we have done and will continue to do daily for as long as we incarnate this body. Because they are a movement from sleep to wakefulness, mornings can often feel foggy and hazy. What I’ve tried to capture is the first moments of light and the physical movement of the eye as soon as one wakes up. I don’t usually scribble on my face before I even get a chance to put on my glasses, but I decided to incorporate this in the film to speak to the sort of surrealness one can feel immediately upon waking up to a world that feels so distorted.

I began by covering my phone camera lens with cellophane and vaseline and doing some test shots around my room and smearing the vaseline around in different directions to see how this affected what was happening on screen. A lot of these test shots actually made it to the video, as I felt they properly captured my blurry, glasses-less eye perspective on a Friday morning. I kept some shots in which I smeared the camera lens with my finger after which the image would become slightly clearer, as I felt it also mirrored the perspective of rubbing my eyes in the morning trying to ‘get rid of the sleep’. I also added in some dark frames in between some clips to capture the act of blinking and shifting one’s focus to another object. I initially planned for the video to end after the first-person shot of me putting on my glasses, to signal the end of the mucky morning view. However, I kind of liked the idea of capturing that first moment of clarity after the morning blurriness, when the light from the outside world seems so bright that it transports you out of the room.

I incorporated windows, mirrors and glasses as these are the main vehicles through which I physically experience myself and the world around me. The mirror was an interesting object for me to explore as it not only physically and instantly embodies, in a two-dimensional realm, that which is fleeting and passing, such as myself or my makeup, the posters on my wall, the plants in the room, etc., but it also brings a sense of company with the perfect duplicity it creates. Though I am alone in my room, when I look in the mirror I am presented with myself as part of the room, as part of the things that change; my physicality is confirmed, or I become able to assert myself as an object in a room, or at least as an eye which gazes out of a window which is reflected in a mirror. It all becomes a single plane, and so a little easier to digest.

The film explores the objects through which other objects are found. So while it is about the process of seeing and encountering mundane objects, it is mostly about the lens (and its muckiness, replicated through translucent objects) through which those objects are encountered. Sight is therefore amidst one of the objects found throughout the film, through physical manipulation, such as rubbing one’s eyes or putting on glasses.

the found object – final project and reflection / abby / drawn from the city by blogadmin is licensed under a Creative Commons Attribution CC BY 3.0