Today’s edition features something a little different, to help us all settle down for the Winter break. Find yourself a cosy corner, slurp a warm drink, and munch a mince pie or two (or three, or four…) to settle in. With these essential prior preparations, you are ready to temporarily let go of your academic responsibilities and embrace the festively light-hearted writing from our team. 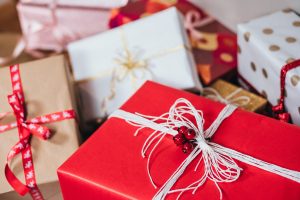 We present three pieces in clinical fashion… with occasional warming spices of un-academic rigour (We’ll let you readers decide whether this practice is “naughty” or “nice”/ “impish” or “admirable”). These parcels of prose follow a Noël-ian narrative and will be gifted in the following order:

Part 1: We are introduced to an old man who may or may not be bearded, with a penchant for visiting Chile during their Christmassy summer in; Short Story: Santa in Short Sleeves

Part 3: The exploration of a Nordic intervention for the stressed, old, presumably bearded man; The mental health benefits of a sauna day: An intervention to save Santa Claus.

Disclaimer- These pieces are written purely as an act of joyous goodwill for the Christmas Break. As such, they should not be read by any Scrooges/Grinches or other naysayers of nonsense who dislike the use of fictional references in parody festive writing. 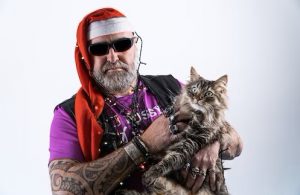 The reason why Santa was dressed like that in Chile was a mystery to me during my childhood. As you may or may not know, Chile is a long and thin country located in the South Hemisphere. This means that Christmas is at the beginning of summer. Anyhow, up until I turned ten years old, my parents intensively told me that I must go to visit Santa and take a picture with him if I wanted to receive my Christmas presents, every year. I played the part without arguing because I wanted my Christmas presents. I was such a spoiled brat. Early in my life, visiting Santa every year — at the shopping centre or at any end-of-year event —became a performance embedded in sparkling bits of humour. Let me tell you about our Santa in short sleeves.

Nuns in primary school told us that Santa Claus did not exist when I was six. It didn’t matter because my parents did not know the nuns told us the truth. So, I pretended I believed that Santa was real. Following the game was quite challenging when you watched a lovely Santa with a big belly, a big white beard, and, even more importantly, surrounded by snow, giving presents and using an actual chimney as his entrance to the children’s houses on the tele. A magical and touching movie scene. Nevertheless, as I told you above, Christmas in Chile is during summertime. I mean, 30 or 35 degrees Celsius was the average temperature. Chile also was experiencing difficult times in the ’80s: a squeezed budget because of multiple natural disasters and global economic constraints.  Therefore, it was unusual or impossible to have a Chilean Santa with a naturally big belly.

Never mind that. We had our Santa. Instead of this lovely and magical being from the North Pole with his magical reindeers with Rudolph included and everything, I visited the Chilean Santa. I mean, a dark-haired man with a beard made of cotton. Yes, cotton! — the same material I use for taking my make-up off every night. Then, short sleeves and without a belly because of economic constraints or with a belly due to high alcohol consumption. I hope you are able to imagine my peculiar memory. Above everything I’ve told you so far, I empathised with this hardworking Santa. I recall Santa’s from my childhood as brave people wearing white gloves standing up beside a plastic shiny red nose Rudolph while sweating buckets.

Looking at the pictures I have of those Santa’s I now realise that I never wanted any pictures with Santa. Chilean Santa was too extravagant for ten-year-old me’s taste.  I always knew the whole truth about Santa in short sleeves, and it was a repetitive transaction: they took pictures, and I took my presents. 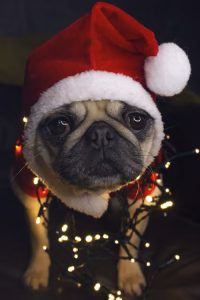 As the study title suggests, Santa Claus presents himself through multiple aliases, or indeed identities. Various cultural depictions suggest that while underlying consistencies exist in Santa’s behaviour, notable shifts correspond with each country he visits. Location dependent changes of behaviours/mannerisms suggests potential for multiple personality disorder. Santa also presents symptoms of binge eating and binge drinking – the nature of which depends on the persona adopted for each corresponding country. Binging is also assumed by his proximity with “snow” (recreational stimulant abuse is often associated with high pressure, demanding jobs). Stimulant abuse would explain the problematic manic behaviour reported every year around Christmas. Reported problematic behaviours include illegal entry into private property, drink driving, and suspected misogynistic outbursts of “Ho, Ho, Ho(e)!”. When not in a gift delivering frenzy, Santa is known to obsessively attend to data regarding naughtiness/niceness of children. As many a researcher can attest, managing, updating, and reanalysing an ever-updating longitudinal dataset is a recipe for mental health disaster.

Other risk factors experienced by Santa Claus are linked to his choice of a mostly solitary living in the North Pole. Buddy and colleagues (2022) have reported that the risk of developing mental illness increases dramatically when individuals are isolated from society. This risk is exacerbated by the long hours of darkness caused by living in the North Pole during the winter months. Such conditions are associated with seasonal affective disorder (Winter et al., 2012). We must also note Santa’s demanding working conditions. Santa heads a large organisation and is responsible for the continued employment of many elves, in a region where jobs are in low supply. The business model is suspected to depend on external corporate sponsorship (i.e., Coca Cola), thus is vulnerable to decisions beyond Santa’s control. As such Santa is aware that if Christmas goes wrong, many Elves will struggle to find reemployment without relocation. Santa seems to insist on leading and undertaking research, management, and Christmas delivery roles, with no intention of delegating to the numerous Elves in the organisation. Cumulatively, the high pressure, demanding, isolating conditions leaves Santa vulnerable to the self-medicating/binging/manic behaviours witnessed every year.

However, Santa does have many protective mental health factors. His wife, Mrs Claus, clearly loves him very dearly. Furthermore, Santa has a close supportive bond with his reindeer pets, and lovingly calls out their names at the start of every Christmas delivery shift. The work is charitable, suggesting that Santa is driven by a strong intrinsic drive to bring joy to others. This is rewarded by the genuine appreciation of his work by children across the globe. This likely provides Santa with the feel-good vibes required to continue his role.

Thankfully, Santa only presents his manic behaviour in present delivery once a year. The repeated engagement suggests personal enjoyment, and it brings joy to many. Besides, Santa’s behaviour is benevolent, beneficent, and benign… unlike his beasty Alpine festive collaborator; Krampus (that guy/thing has issues!).

The Mental Health Benefits of a Sauna Day: An Intervention to Save Santa Claus 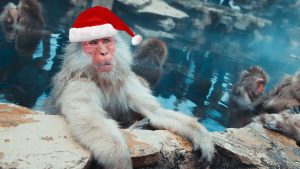 Every year around the globe, many children and adults are counting down the days for Santa Claus to come; he is the staple of the season, and a lot of the “magic”, joy and happiness can be attributed to his appearance. However, “with great power comes great responsibility” (Lee in Spiderman, 1962); the pressure of this task is enormous and combined with the absence of sun at the North Pole Santa observed a decline in his well-being during the weeks leading to Christmas. When Mrs Claus (aka Santa’s wife) realised he was quiet, forgetful, constantly looked sad, had mood swings, insomnia, and bad sleep quality. She knew it was time. Santa’s annual classic Nordic “healing” adventure for which over 2.6 million Finnish Households would swear by (Very Real Statistics Agency, 2022) was booked – a day trip to a sauna.

When Mrs Claus presented Santa with the itinerary, he was reluctant to hop on his sledge as it was the busiest time of the year. However, Mrs Claus convinced him by reminding him of past experiences.

Santa started his session with a quick jump in the lake where the sauna was based. The icy cold water took his breath away “Am I dying?” he thought to himself as he was gasping for air; the whole-body hypothermia had a rapid effect on him and after only a couple of seconds he felt more alive than ever. He was shocked by the immediate effect; no matter how many times he experienced this; he always welcomed the surprise impact. He went out of the water and rushed into the small wooden room (i.e., sauna) with the wood-burning stove and the heated stones. He sat on the wooden bench and was having small talk with the people already in the room. After only a minute or two he started feeling sweaty, he took the large wooden spoon and threw water on the stones and as löyly (i.e., the steam from the stones) was produced the temperature increased and steadily reached 100 degrees Celsius, there and then his nostrils felt like there were on fire, but he did not mind, everything was part of the process. His anxiety was rapidly reducing as his cortisol levels -the body’s main stress hormone- were decreasing (Rudolf, 2022). After 15 minutes he was back in the icy water, he was feeling happier, more relaxed, and less tired than before. He switched between hot and cold several times as he knew that a sauna session could trigger his brain to produce and release euphoric hormones (Merry et al., 2019) and every time he was feeling more blissful.

Leaving the sauna building Santa felt overjoyed, his mood had been significantly boosted. He was now more optimistic and content regarding his upcoming world tour. That night Santa experienced another of the positive effects of a sauna session (Jolly, 2020), as he had one of the best nights of sleep in weeks and so did Mrs Claus, as her husband was not tossing and turning in bed.

A Research Bow Festive Special / Research Bow by blogadmin is licensed under a Creative Commons Attribution CC BY 3.0