Becoming speechless ends the protective spell that “the worst is not so long as we can say, ‘This is the worst’”. In doctoral programs, ‘word block’ is a phrase tossed about with annoying humor and casual annoyance, “This is the worst”. But this last year has been a seemingly global word block of experience. 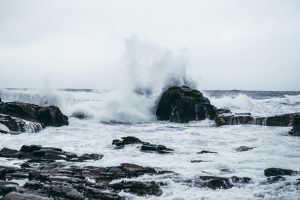 In total, the destruction of this pandemic cannot be fully spoken because it sounds like waves crashing onto a beach, and like how I imagine being born was for each of us—suddenly and absolutely becoming awash in stimulus to the point of nothingness, then losing the only thread connecting us to the comforting known. Naming periods after plagues as the ‘rebirth’ now makes sense, given the damage being forced into a world you did not know of, desire, nor chose, yet trying to survive in despite it all. A ‘new normal’, that’s what we are calling this…Right?

The earliest recorded pandemic happened in 430 B.C., in the labor of killing about two-thirds of the Athenian population, typhoid fever was born.

Spring forward to 165 A.D., and the Huns, Germans, and Roman Empire come down with smallpox, also known as the ‘Antonine Plague’. This lasted until 180 A.D., although smallpox was not eradicated until 1980.

I cannot help but be haunted by history as we enter our second year of the COVID-19 pandemic this March. We are going to graduate as honest to goodness Plague Doctors. But what will that mean in the rawness of our present before such pain can settle in time? It is truly an unnerving moment of horror and suspense when a figure of speech, ‘like the plague’, becomes a reality. The experience a literary device returning to its contextual source has become a grounding ritual and an exercise in empathetic perspective. For Shakespeare, the plays he wrote during outbreaks alluded to his grim reality in emotional prose and rarely as story. His most charged speeches with the most damning curses are the ones that referenced the visceral turmoil of what was his present—not in the events, but in the lived experience. Consider the ever popular, ‘A plague on both your houses!’, hurled by Mercutio, a character ever lively, even in the face of death. Before 2020 it was just an angry phrase, dulled in its sheath of distant historical reference, by a best man bested. But now its haunting germaneness cuts the way, I imagine, it was originally intended. Make no mistake of his wild nature, unable to literally stab Tybalt, Mercutio remained true to his form—‘make it a word and a blow’—and landed a sincere wound on anyone who was living through the pandemic at the time. Phrases with poisoned tips of experience are no longer just clever retorts by fictional characters.

Plague, as a noun, is rooted in Late Latin as ‘affliction; slaughter; destruction’. It wasn’t until the 1540s that it was used to specifically reference ‘an epidemic that causes many deaths’ (you and I know this more specifically as the bubonic plague). But what differentiates a plague from violence? A pandemic from a monstrosity? 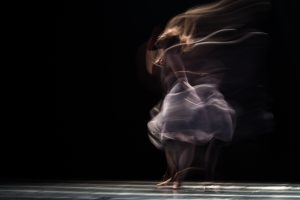 Consider what it means to be a monster. Monsters personify latent fantasies often consisting of fear, anxiety, even incongruous desire. A monster’s body is forced to life with severe independence by its maker, denoting a danger of agency often accompanied by weaponized tropes of feminine monstrosity (unbridled appetite, uncontrolled rage, wrathful change, a Medusa like response to the male-gaze daring all to look back at those who objectify). But alas, that is a tangent for another time. However, it is in the process of demonizing the agency of the ‘other’ as monstrous that a monster’s flesh becomes pure ethos—that is to say, a construct demanding spectators to affirm difference whilst yearning for consumption to destroy hazards of exclusion. But what gives life to culture? It has to go viral.

Following the Black Death, the rebirth of European culture (as it were) was branded the Renaissance. Art, travel, societal advances, and events flourished as life seemingly returned to a continent reeling from casualty. However, it’s often overlooked but the dark ages were not without their contributions to culture on these fronts. Life—shown in something as small as a playwriter’s scripts—did not stop during the pandemics. In fact, the sheer boom in the conception and intake of art (in however you want to define it) produced during such times of great grief and change might technically and perhaps more accurately be defined as not a renaissance but a monstrosity—etymologically speaking at least. In the 1550s, monstrosity referred to ‘an abnormality of growth’. Both the Dark Ages and the Renaissance experienced that.

Etymologically, the root of monster can be understood as ‘that which reveals, warns’. Specifically, in Latin, a monstrum is an omen, forewarning a rotten fate. ‘In time we hate that which we often fear’, the corpulent mound of historic events becomes the blood of our society, the offspring of our experience, our meaning making communicative elements. Monsters embody the gaps between creation and reception, the thin space between divine intervention and social convention. They are that breath between God reaching out to man and failing to touch that coils creation and destruction into divine mortality. They are that social distance between existences, where the threshold of anxiety warns of what is to come: terrifying potential, completely unmoored in our expectations. Are we too far apart now or just close enough to keep catastrophe at bay? Monstrosity is the prodigy of pauses between misplaced actions foretelling either tragedy or comedy. 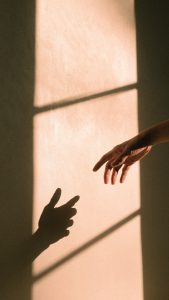 There’s a human cost to language. Our ancestors rest on our faces, our bodies are formed by atoms that predate history, and the words we use are echoes of lives reduced to phrases that barely manage to be captured in throats long enough to be heard before being trapped on pages or lost in breath. Figures of speech, ‘like the plague’, are made from mass graves (not a metaphor in this simile anymore). It is no wonder written language was considered a form of magic in its ability to capture time and bewitch people. The play’s the thing that as readers and writers of this shared page of human experience, we are at a turning point—not new to our literal histories, passive in their respite from the present—that will influence the chapters of our futures in ways ineffable. As PhD students in human focused fields, this is a crucial and salubrious burden to remember as we conduct research, especially during a pandemic that we are mortally, mortifyingly, and magnificently human in.

However, take comfort in the fact that undertaking a PhD during a global pandemic has been done before. It’s rare to us because we’ve encountered neither, until now. But the first doctorate was awarded in the 12th century and since then there have been at least 12 pandemics. While it truly is a profound spectacle to undertake your terminal degree during a once-in-a-generation global calamity, it’s fitting irony to have a colossal unstructured task during such ‘unprecedented times’. It’s been our little millennial joke about wanting to experience historical events we learned about in elementary school but then ending up living through them. Now in the throes of yet another financial and health crisis, our jest seems to be turning into a jinx. Are we truly fortune’s fool? From King Lear to Anthony & Cleopatra, Shakespeare captured life during plagues in text that now acts as a cultural account for a period of history dark in ethical and earthly deaths. However, his plot remained his story to tell, and thus remains timeless in its individuality. It is through that informed escapism where the true magic in our ability to write resides. 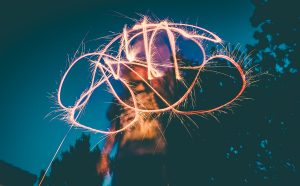 Therefore, I implore you to develop your doctorate in a similar texture and timbre given our state of affairs. These times must have words put to them. Let in creation and destruction to your research; blend together renaissance and monstrosity into inspired augury. Find support from mercurial Edgar in King Lear in labeling what you fear—these times, the future, this draft, those research plans, whatever—as the worst, so that it won’t be as you endure. If a PhD is about creating novel research, let it be an embodied metaphor—make meaning through appraisal, grounded in community, by transference of experience. Use your figure as speech to create more than just a few letters following your name; spell out the problems of the past, lampoon the cursed present, and charm the future. Fill the spaces between failure and potential with meaning during ‘these uncertain times’ by writing, even if it’s the unsought sequel or prequel to Anthony & Cleopatra— say, Pyramid Schemes & Egyptian Queens?

A pandemic PhD? This is the WORST. / Research Bow by blogadmin is licensed under a Creative Commons Attribution CC BY 3.0