Hunor Deak in Scotland: Geological mapping in Kinclochleven, Scotland, in 2018 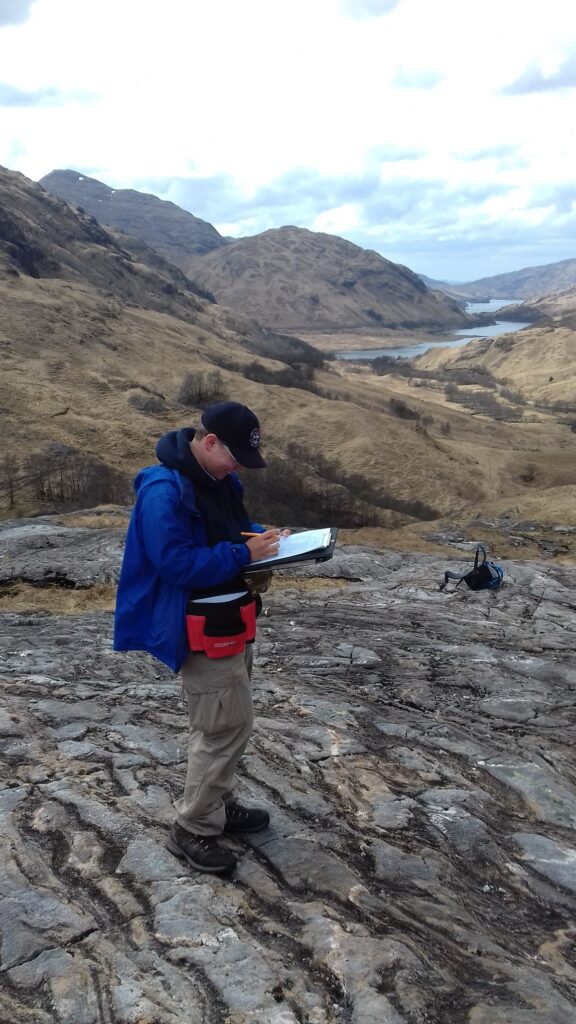 The aim of the field trip was to improve our mapping skills.

Some information about Kinlochleven geology:

The structure of the Dalradian rocks at the eastern end of Loch Leven has been re-exam­ined. The geometry of the major folds as determined by Bailey (1934) is largely confirmed but a reappraisal of their relative ages, based on the evidence of minor structures, leads to a new interpretation of the overall structure. The new interpretation is extended into the Moine in the Blackwater area. The dominant structural element is the Di Kinlochleven Anticline that faces down to the NW in the west of the area. To the east the lower, inverted, limb of this fold has been deformed by three D3 folds which restore it to an upward-facing attitude at the Moine-Dalradian boundary at Blackwater. A major deflection in strike of the earlier structures is attributed to the D4 Loch Leven Antiform. The relation of these structures to the regional structure is briefly considered.

Hunor Deak in Scotland: Geological mapping in Kinclochleven, Scotland, in 2018 / Working & Learning at the University of Edinburgh - Student Ambassador, Geologist, Red Lichtie by blogadmin is licensed under a Creative Commons Attribution CC BY 3.0

Hunor Deak in Romania: Tour of the Geology Museum of Romania in Bucharest and travel around the country