Below is the vote of thanks that Professor David Fergusson gave at the conclusion of Senior Professor Michael Welker’s 2019/2020 Gifford Lectures at the University of Edinburgh. Fergusson is Professor of Divinity and Director of  Research at New College here at the University of Edinburgh, Chaplain to the Queen in Scotland, and a former Gifford Lecturer himself. His vote of thanks can be found below. 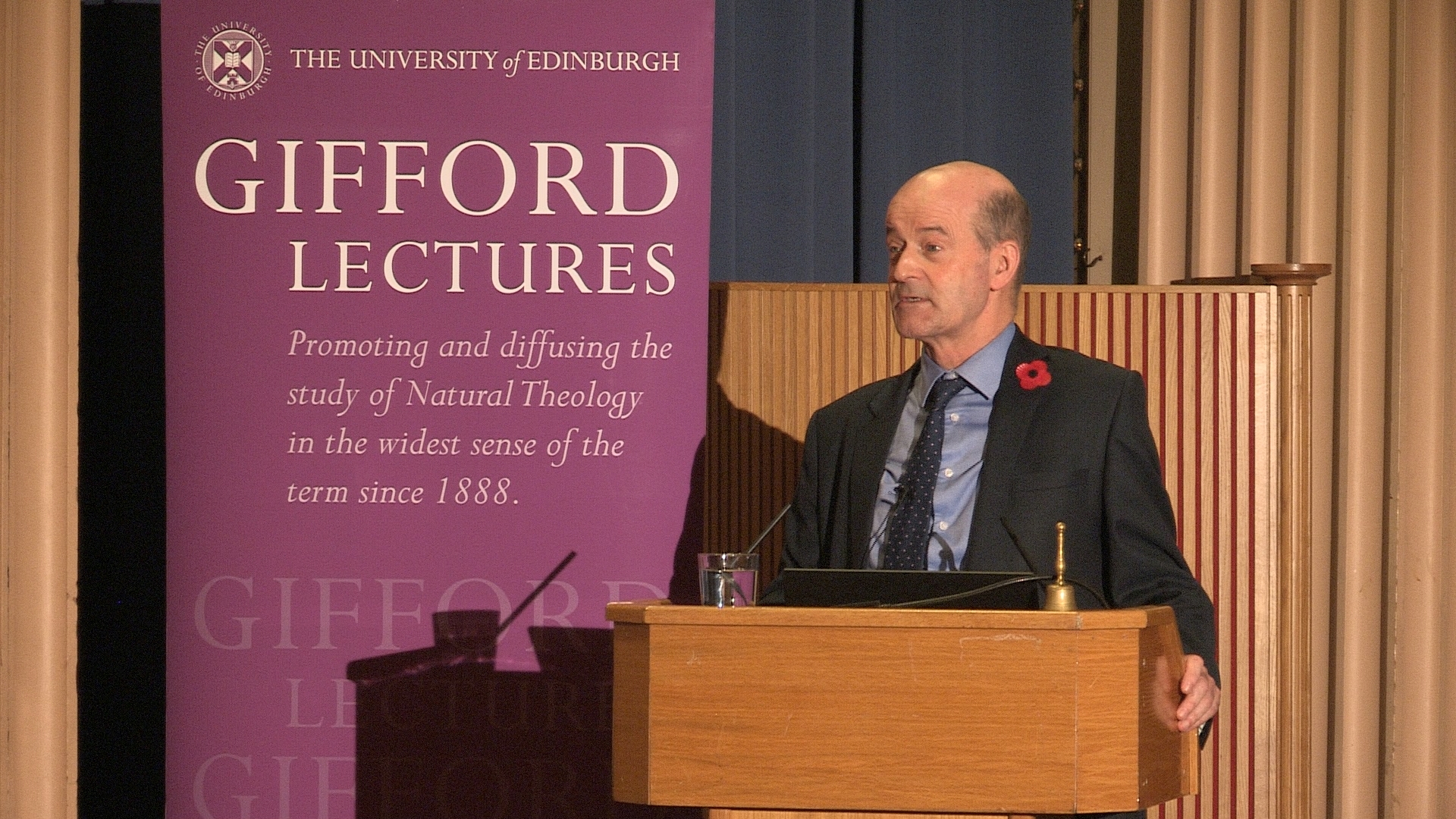 It’s my pleasant responsibility to offer a few concluding comments by way of appreciation to Professor Welker. This has been a distinguished series of Giffords both in terms of form and content. As you will have gathered, Professor Welker has invested a good deal of time and effort in preparing his material, describing this series as the culmination of many years research work. His lectures have been clearly presented and elegantly illustrated, and I know that he has taken much trouble to translate his manuscript from the German original to an accessible English. His readiness to engage in discussion with his audiences both here and online has also enriched our understanding of his material. And we’re grateful for the time that he has spent with us outside this lecture hall in informal conversation.

I also wish to record the thanks of the Gifford Committee to those who have administered the lectures and to our audience who have committed again to a six-lecture series. We’ve had several excellent Q&A sessions, as well as a successful seminar yesterday at New College. You have braved wind and rain to attend these lectures, not to mention Halloween and bonfire night. And I wish also to extend our appreciation also to those who have followed and commented on the series online.

As we have heard over the past fortnight, Professor Welker has assiduously committed to a programme of interdisciplinary conversations with scientists, philosophers, economists, legal and political theorists. This sets him apart from most other theologians. Working on a much broader canvas, he makes informed connections across discourses and academic boundaries. Although it’s now fashionable to commit to cross-disciplinary research work, Professor Welker has been doing it himself and encouraging others to join him for over thirty years.

His project is one that has taken Lord Gifford at his word. The focus has been on a natural theology that seeks to discern the movements of the divine spirit in human culture; though always embattled and threatened, these are discernible across time and space in movements that incline towards justice, peace, freedom and truth. This is a different natural theology. Other Gifford lecturers have frequently sought to discern a transcendent source for order, contingency, religious and moral experience. But preferring the language of spirit to that of nature, Michael Welker provides a more fluid, dynamic and historically-driven approach. This is encapsulated in his concept of a multi-modal spirit that generates the possibility of living and acting in the image of God. What we have is a pneumatological, bottom-up and historically inflected natural theology – I’m not sure that has ever been attempted by any previous Gifford Lecturer, though perhaps Alfred North Whitehead, so often quoted here, comes closest.

Much of what Professor Welker says is memorable, acute and arresting; as his words echo in our minds, he has given us much to ponder. We’ll now look forward to the publication of this material in both German and English – you can take your pick or read them both – and, as we do so, we wish him and his wife Ulrike well as they return to Heidelberg tomorrow. We thank you both for being with us, and Michael for providing us with such a rich and distinguished series of lectures.

Vote of Thanks / Edinburgh Gifford Lectures Blog by blogadmin is licensed under a Creative Commons Attribution CC BY 3.0