Professor Stout delivered the fourth of his Gifford Lectures last night. My summary  is below. The video of Stout’s lecture is embedded below for those who were unable to attend in person, or for those who’d like to listen to it again. An audio only version can be  found at the end of this post. In order to further facilitate discussion my colleague Ryan Tafilowski will be adding his initial reflections on Professor Stout’s fourth lecture. Ryan is currently a PhD student in Systematic Theology at New College, University of Edinburgh. We’d like to reiterate that we warmly welcome anyone wishing to engage with Stout’s lectures to contribute their comments and questions below.

Professor Stout started his fourth lecture by discussing abolitionism. He distinguished two different “modes of emancipatory politics:” the antislavery movement and the secularist movement. According to Stout, the latter views religion as “essentially oppressive” while the former “distinguishes virtuous religion from its oppressive semblances.” Recognizing these two distinct modes is important as they correlate with different approaches to political engagement, both historically and today. As he said, “this basic conceptual difference correlates with differences in argument, explanation, objectives, means, and organization.”

Stout talked about Hume’s British contemporaries who, while they disagreed over the nature of rationality and other theological issues and even though they came from various religious backgrounds (Quaker, Anglican, Methodist, Presbyterian, Unitarian), they all agreed that true religion was incompatible with slavery. Stout then went on to make the claim that it was “their distinction between religion’s supernatural and mundane ends” that enabled them to cooperate with one another and that “the religiously plural nature of their coalition was essential to its political success.” Stout then gave a number of abolitionist examples to illustrate this distinct style of political engagement.

Ralph Sandiford, as Stout told us, was the first Quaker to challenge the supposed scriptural warrant for taking African slaves, namely, “taking Africans to be bearers of the ‘curse of Cain.’” Benjamin Lay “used street theater to dramatize both the condition of the slaves and the complicity of Northern consumers in oppression” and thanks to Anthony Benezet’s “extensive networking outside his own community and across the Atlantic” he helped achieve what one community could not achieve on its own. Thanks in part to James Phillips Thomas Clarkson, Bennet Langton, William Wilberforce, Edmund Burke, and William Pitt also took part in the abolitionist cause. According to Stout, this illustrates “how the leadership of a religiously plural, international movement can emerge out of a single congregation’s internal organizing.”

After having talked about other abolitionists Stout returned to talk about their practice of immanent criticism, which “begins on the opponent’s ground and elicits troubling implication or incoherence” even if one does not share this ground (he illustrated this by referencing the abolitionists’ use of Adam Smith’s fiscal argument against slavery even though this was not what motivated the abolitionists themselves). They instead viewed opposition to slavery as a sacred duty, noting that “Christian charity requires benevolence toward everyone created in God’s image;” which slavery could hardly purport to do since Africans too were made in the image of God. Despite specious arguments offered by paternalists, slavery could not be defended as a good.  Drawing on Abraham Lincoln, Stout mentioned that “for a supposedly good thing, ‘slavery is strikingly peculiar, in this, that it is the only good thing which no man ever seeks the good of, for himself.’”

Slavery was also seen to violate the virtue of liberty. The abolitionists, according to Stout, were puzzled by the lack of slavery’s explicit prohibition in the Bible, but they were more troubled by “the thought that the Athenians and Romans who had most eloquently lauded the value of freedom took for granted that there could be no free men without reliance on slave labor.” They dismissed Aristotle’s arguments and called attention to the “flawed precedents” on which “British officials and American Founders” relied. Stout asked, “If the trouble with being subjected to Pharaoh, Caesar, Hannibal, or George III is being subjected to arbitrary power, then what justifies slavery?” 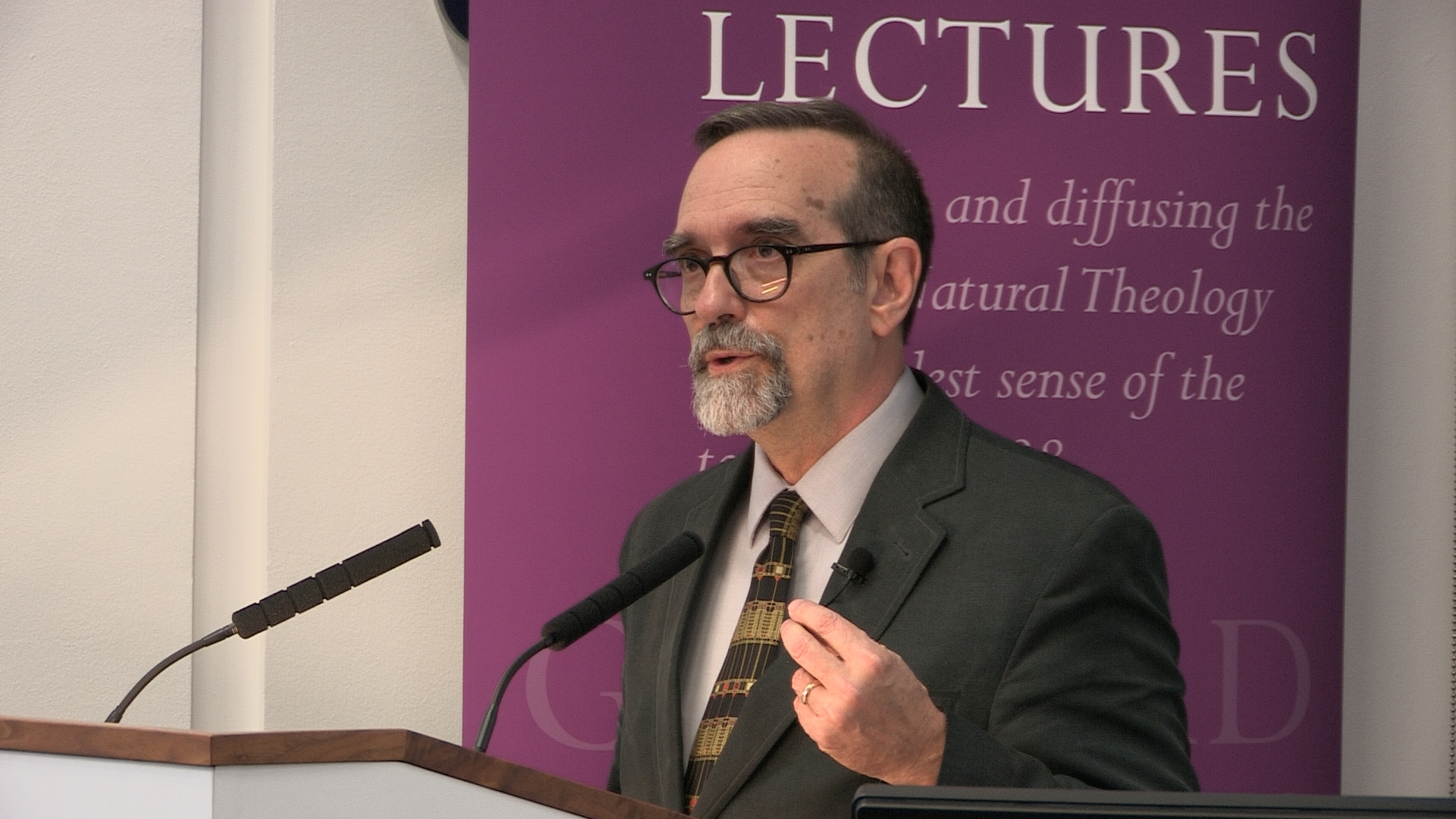 Stout then went on to talk more about Martineau, Sandiford, Clarkson, Wilberforce, and others. With Martineau he again highlighted the position that holds slavery to be inherently oppressive, regardless of how benevolent the master is. Stout highlighted the use of the notion of false religion to “undermine its role in legitimizing and maintaining slavery.” He referred to David Walker’s 1829 Colored Citizens of the World stating that “for Walker, a religion preaching racial ‘distinction’ while claiming to be truly Christian in a truly republican country was simply absurd.” Stout went on to talk about various dimensions of immanent criticism employed by the abolitionists to unmask ethical corruption. As he stated, “When the grounds for suspicion are made explicit, logical critique shifts toward ethical diagnosis.” Stout highlighted the importance of asking “Who benefits?” when attempting to explain the troublesome situation of slavery. Drawing again on Lincoln (who was replying to F.A. Ross) Stout stated, “the pro-slavery theologian is nearly always someone who, if he decided that God wills the slave’s freedom, would immediately need to ‘walk out of the shade, throw off his gloves, and delve for his own bread.’” Importantly, Stout noted that the corruption of the beneficiaries of injustice  (including various levels of complicity) need not always be conscious or intentional. As he stated, “If the benefit accrues mainly to the paternalist, then it is reasonable to suspect that the belief or practice has entered circulation and acquired the respect it has as a result of cognitively distorted social or psychological process.”

Stout then mentioned the notion of “slavish dependence,” spoke of the corrupting nature of false religion and then went on to speak of Elizabeth Heyrick, whom Stout claimed deserves a higher readership than she currently enjoys in many university syllabi, and Frederick Douglas before moving on to take a closer look at Abraham Lincoln and his notion of political religion.

Stout mentioned that “Lincoln was concerned about the failure of local authorities to hold the mob accountable” and in this detailed section of his lecture Stout shows how “political religion” played an important role in addressing this issue. Political religion, according to Stout’s presentation of Lincoln, is primarily “piety for the laws and for the heroes of liberty.” It “was a deliberately cultivated piety for the laws on which an inclusive republic of free and equal citizens depends.” It was not a religion linked to “an established church, nor theistic” and the spread of Lincoln’s political religion was through means other than the federal government, despite its national importance, such as “journals, lyceums, anti-slavery societies, revival meetings, and the more progressive lodges, clubs, and churches.” Part of Lincoln’s accomplishment was to get diverse and disagreeing groups of people to work together, including many evangelicals, despite his not sharing their theological beliefs. According to Stout, Lincoln was able to keep these groups working together “by constant tending of relationships and by tolerating disagreement over religion’s ultimate end.”

Stout next moved on to talk about “secularism and the religion of humanity.” He mentioned George Jacob Holyoake’s total rejection of religion’s value for society, who viewed it as “the sworn foe of human happiness.” It was Holyoake who coined the term “secularism” in 1851. Charles Bradlaugh did much to make Holyoake’s view influential and Robert Ingersoll referred to secularism as the only proper religion “to infuse politics with reason and virtue.” Stout then went on to talk of Auguste Comte and his call for a “universal religion of humanity,” Machiavelli and James Harrington, Moses Medelssohn, Emerson, Martineau, Durkheim, Dewey, and others, as they understood the need for religion in society and of various conceptions of what this religion might look like. 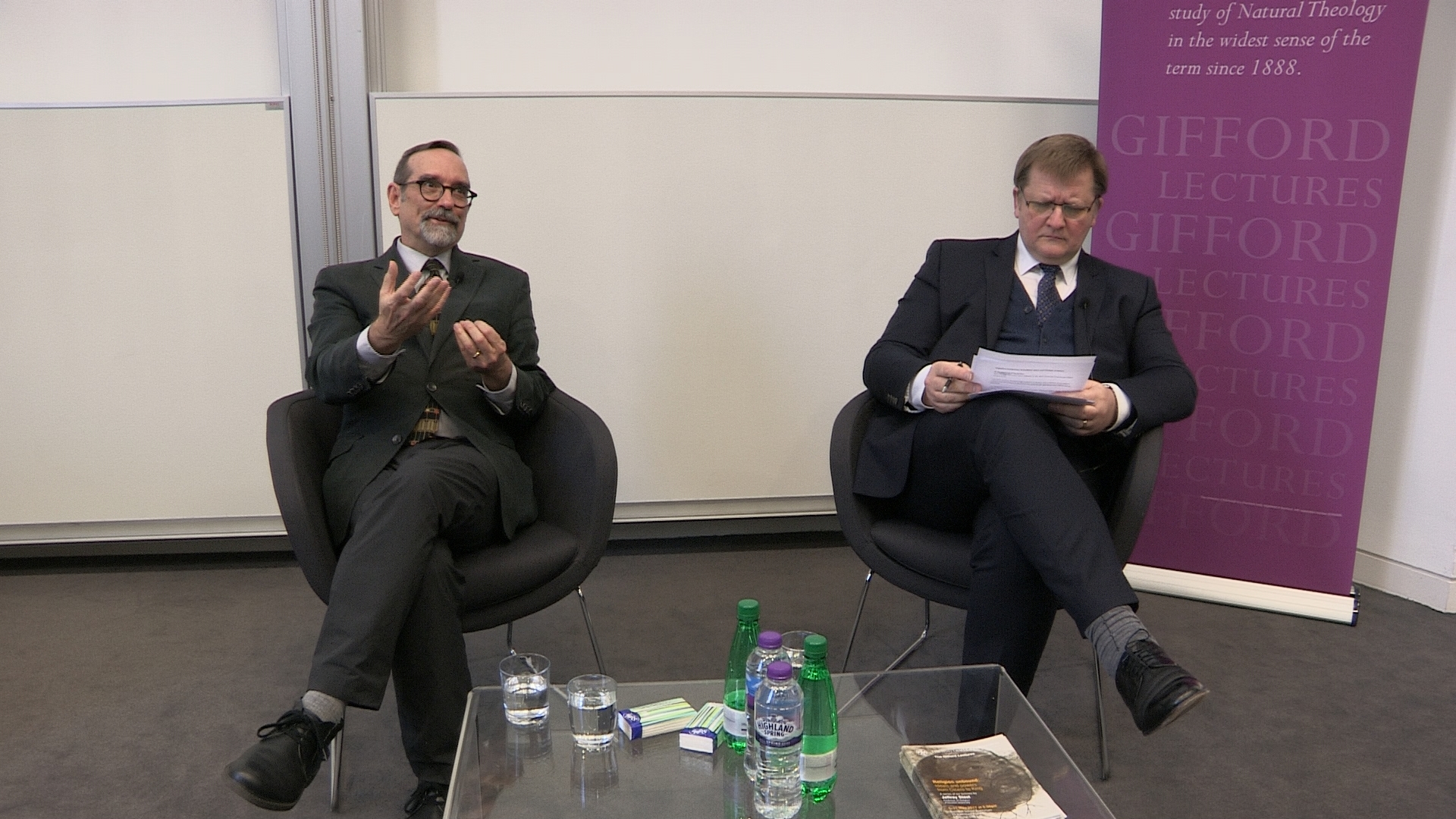 In the last section of his lecture Stout returns to Lord Gifford and asks the question, “why would an admirer of abolitionism oppose secularism?” Stout is quick to point out that it was primarily Holyoake’s variety of secularism that Gifford was opposed to. The kind that asserted “a thorough separation of religion from politics, morality, and science.” Stout then helpfully went on to distinguish abolitionism from secularism and in doing so he returned to the distinction he mentioned in the beginning of his lecture: two emancipatory modes of politics. Secularism, according to Stout, “seeks to free politics and society from religion” and sought to put people like Gifford on the defensive. However, as Stout put it, “Lord Gifford rejected secularism’s practical proposals because he rejected its essentialist claim about religion” and he doubted the conception of reason that the secularists took to be indubitable and viewed secularism to be unrealistic. Gifford acknowledged that religion can be and has been oppressive, “but examples of oppressive religion do not suffice to show that religion is essentially oppressive, any more than examples of kitsch suffice to show that art is essentially kitschy.” The abolitionists criticized religion too. They were adroit practitioners of suspicion. The difference between the abolitionists and the secularists, according to Stout, “is that the secularist theories are meant to apply across the board to religious people as such, rather than limiting the diagnosis to people demonstrably complicit in particular forms of oppression. The hard cases for the secularist are self-consciously religious opponents of oppression,” like the abolitionists.

Many modern egalitarian freedom movements have taken their lead from the abolitionists, which “supplied them with arguments and diagnostic tools, as well as models of bottom-up organizing and accountable leadership.”  As he went on to say, “if the abolitionists had opted for secularism, they would have done the opposite—and failed.” These movements were not “byproducts of a Great Separation of religion from politics” nor were these movements overly “indebted to Hobbes on freedom or Locke on reason.” On Stout’s view, we ought to understand this history right if we want to navigate the present well.

Ryan Tafilowski will now add his initial reflection to get the conversation started.