In October, the Royal Society of Edinburgh (RSE), Scotland’s National Academy, announced the six winners of its highly prestigious medals.

Dr Luke Graham Boulter, of the MRC Institute of Genetics and Molecular Medicine at the University of Edinburgh, was awarded the RSE Patrick Neill Medal.

Dr Boulter received the award for his discovery of a number of processes that are required for cancers to develop during chronic disease, and his identification of a series of therapeutically targetable signals that cancers use to grow.

Being awarded the Patrick Neill medal from the Royal Society of Edinburgh is a real honour and I am delighted to see such a prestigious organisation celebrating and supporting the LGBTQ+ community in science”. 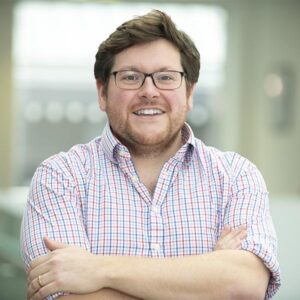 Dr Boulter is also an active champion of LGBTQ+ diversity in medicine and science and is a member of the Royal Society Diversity Committee.

In an interview last year with the Royal Society, Dr Boulter talks about his work and being a part of the LGBTQ+ scientific community.

How can scientists be great allies for their LGBT+ colleagues?

“Just treat them like people. Recognising diversity gives you better results and better science. LGBT+ people have a different perspective and those experiences are important. Just embrace that and enjoy the diversity.”

Looking back, what advice or words of encouragement would you give to your younger self, or to aspiring LGBT+ scientists?

“I would say to my younger self: be proud of who are you and be comfortable with who you are because it’s OK.

To other young LGBT+ scientists: I would say that this is a great career- you will discover things about yourself and the world that no one else knows.

So be a scientist – it’s inclusive, it’s friendly and you can be who you want to be here.”

The other winners of this year’s RSE medals are:

This year’s medallists have all made truly exceptional contributions to their own field of science.  This year’s recipients join a small but brilliant group of pioneers that have been advancing learning and knowledge since the RSE’s Royal Charter was awarded in 1783.

Scotland can be proud that such a cohort of brilliant talent, making a vast difference to lives all over the world, can be found within our small nation. 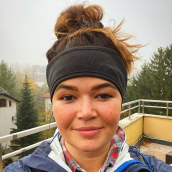 Studying and working in physics and astronomy