LGBT+ Research Promoted In The University 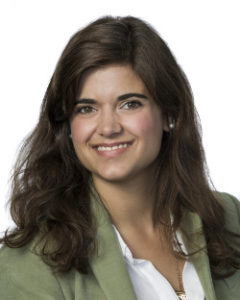 As part of February’s LGBT+ History Month calendar, Anabel Noelke hosted a seminar ‘LGBT+ and the Media’. Both staff and students attended and after an introduction and video showing her research Anabel led a vibrant discussion. The following month Anabel presented her research at Dentsu in London and has since been published in a journal. The following email was sent on 15th March to the entire Business School staff mailing list and it made me proud to see my workplace promoting a colleague’s work in the LGBT+ sphere.

I’m delighted to let you know about a tremendous piece of engagement and knowledge exchange arising from Ana-isabel Noelke’s PhD research that she undertook last week in London. Anabel was invited to speak about her research to employees of the Dentsu Aegis Network, a multinational media and digital marketing communications company headquartered in London, owned by Japanese advertising and public relations firm Dentsu.

Anabel spoke to around 50 practitioners, including some clients such as Diageo and Vodafone, as well as representatives from Campaign UK, Marketing Week and Buzzfeed. She was also interviewed by the Campaign UK reporter for a piece she is writing on the topic.

The talk revolved around the history of LGBT portrayals in advertising and recent changes based on her recently accepted sole-authored Journal of Homosexuality publication:

She discussed the challenges of advertising to any stigmatised/marginalised consumer group as well as the harm that can come from the use of stereotypes or tropes, before describing the ways in which brands have navigated the issue in recent years – for example through the use of TV or print ‘trailer’ ads combined with ‘Human Interest’ ads or ‘making-off’ videos online. She drew on quotes from her qualitative research to illustrate how different types of portrayals and ad formats were experienced by participants, before ending the talk with three successful features of LGBT advertising and six suggestions for best practice.

Anabel’s presentation was followed by just under two hours of networking and informal discussion with participants, and she has been asked if she would come back to present to a client-oriented event later in the year.

Anabel has also developed a video to tell her research story, which has been shared with Dentsu Aegis and is on YouTube:

It is really inspiring to see how Anabel’s research is already making a difference and what an excellent ambassador she is for the School and the PhD programme!

LGBT+ Research Promoted In The University / Staff Pride Network by blogadmin is licensed under a Creative Commons Attribution CC BY 3.0