In November 2022 we welcomed four students from Dunbar Grammer School into SCPHRP for a week to do some work experience, and have a chance to experience what being a researcher is like.  They were (front, L to R) Libby Cowsill, Heidi MacFarlane Baker, Oliver Coghlan and Ewan Thomas 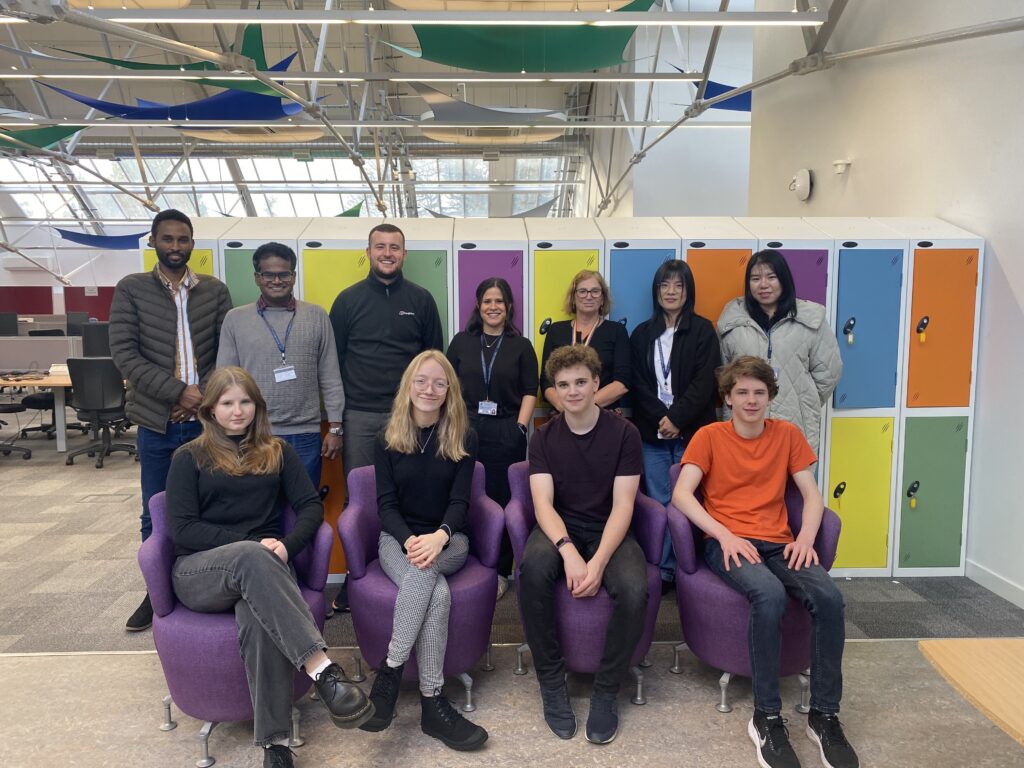 This is the research they did and the report they wrote for us. We enjoyed having them, and hope they enjoyed working with us! (They also got to play table tennis).

We have been on a week of work experience and have been tasked with finding out about adolescence and peoples experience of childhood in different countries. We got a lot of varying information from each of the participants (members of SCPHRP).

In our report we were collecting qualitative data, as opposed quantitative data. Our reasoning behind this is due to the topic choice being Adolescence in different countries: everyone has different experiences, so the answers would be pieces of information, not numerical data.

A qualitative research method is interviewing, so we used this technique to collect our data.

We did not have access to audio recorders, and instead delegated two members of our research team to take notes, while the other two members asked the interviewees questions.

After analysing the interviews, we picked out 3 key themes.

These themes are as follows: Growing up, Secondary Education and Relationships.

We chose these themes as they tied into the answers that many participants in our survey gave, with many focussing on answers about their home life or education.

The first question we asked was just for the participant to tell us a little bit about where they grew up and the people who lived there.

3 people that we interviewed (Participants 3,7 and 8) from the UK reported having what they would call a “normal childhood” which we found interesting as everybody’s experience is so different yet many class their own as relatively generic.

2 people we interviewed (Participants 5 and 6) who came from China stated their childhood as very stressful. This was interesting to see both people coming from the same place giving the same answer.

The second question we asked the interviewees was the subject they most enjoyed at school. Many, if not all, participants stated Mathematics or the Sciences as their favourite subject. We thought that a possible comparison that could be made was one between people’s favourite school subject and the sort of job that they found themselves doing in the future, Researching.

The third question was “What did you want to be when you were older”.

The only similarity that we found was 3 interviewees (Participants 4, 3 and 8) stated footballer as their dream career while in childhood. The rest of the answers were extremely varied, from actresses to doctors.

The fourth question we asked was leisure activities people enjoyed. The answers were diverse, with many stating different sports and outdoor activities, and some practising musical instruments. The answers for this question were vastly dependent on the participants’ own personality.

The fifth question was the participants first job, and their motivation behind getting a job. Participants 5 and 6 (both from China) both stated an inability to get a job, as there was no time to fit it into their busy study schedules. 3 participants from the UK (7, 3 and 8) all reported getting a job to fund after-school socialising and going to parties.

The sixth question asked was what interviewees liked to do with their friends and family outside of school. We found most males reported a want to play sports with their friends, whereas many females like to go to each other’s house or the movies. This draws an interesting conclusion to an answer a participant (2) gave for another question, as they said boys were encouraged to play sports and girls were not focussed on in sports classes.

The eight questions asked the interviewees what subjects were available or they were suggested to take. Most said their school guided them to take stem subjects such as maths and science with very little opportunity to do drama or art.

The ninth question was talking about what the school environment was like and if it was a good school with most of the participants from the global south saying that boys and girls were generally more segregated than not and that the teacher student relationships were very strict and more professional than friendly.

For the tenth question we asked the volunteers if they received any support after leaving school to get into a university or a job. Many said that they received little to no support with this endeavour but a select few received some help but not what you would get now.

For the twelfth question we asked if there was anything else the interviewees would like to add to the current information we had gathered and one said to find a hobby but try to find a hobby that can make money as that can help you through some tough times, which we found was very good advice for the future!

After completing our interviews, we then had to analyse the data we received from everybody’s answers. We found that the area in which people’s experience varied the most was in their education, and the area that people tended to have similar answers was when interacting with friends and family. We found this thought-provoking as all humans want the same bonds and experiences with their loved ones, no matter where on earth you were born.

We have had such an amazing time working here for the week and would like to thank everyone at SCPHRP for this opportunity!

By Heidi, Oliver, Libby and Ewan.

Here is a graph that a very nice member of the SCRHRP team made for us that shows everyone’s home towns. 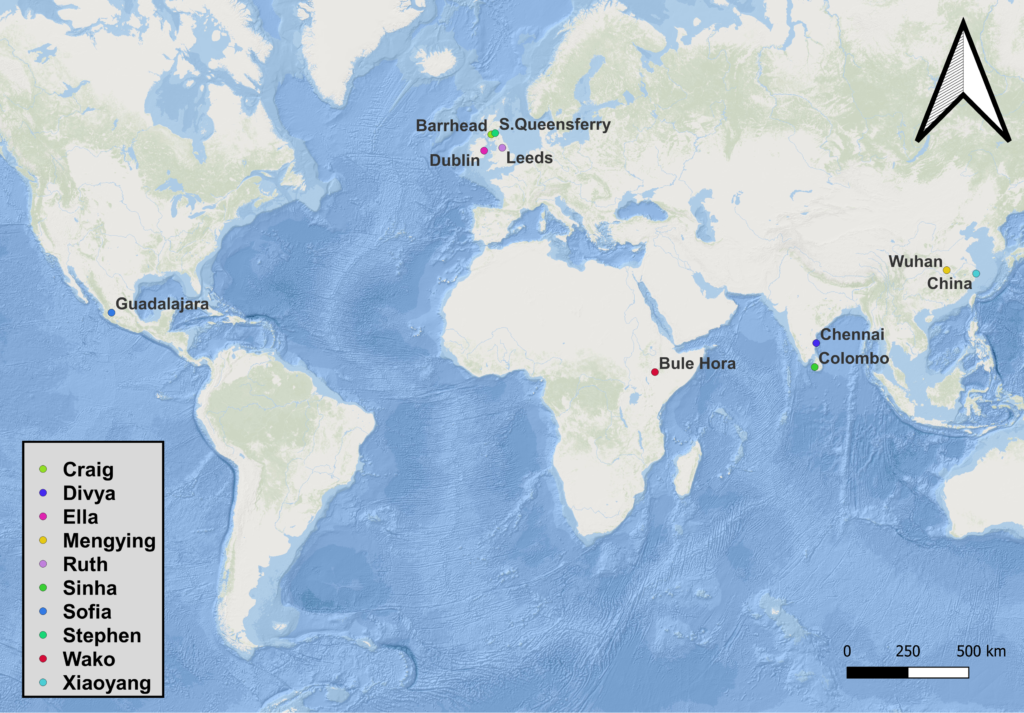 Four students from Dunbar Grammer School do work experience as researchers / SCPHRP by blogadmin is licensed under a Creative Commons Attribution CC BY 3.0