I revisited the project space later in the term as I had another idea that I wanted to try out and felt that I05 was the perfect space to do so.

I have been exploring the many different meanings and connections surrounding fungi, and one of those meanings is the disgust related to mould.

I find a strong connection between mould and anxiety/depression. The way it creeps in, takes hold and can never truly be eradicated. I find it especially resonates with black mould and its connotations of toxicity/danger and that it is never wanted.

Considering this I created some sculptures using expanding foam. I wanted the forms to appear natural, textured and I felt that expanding foam would portray this. I also like the fact that you cannot control how the foam shapes itself, it is its own sculpture, much like how mould grows and forms different shapes and patterns. 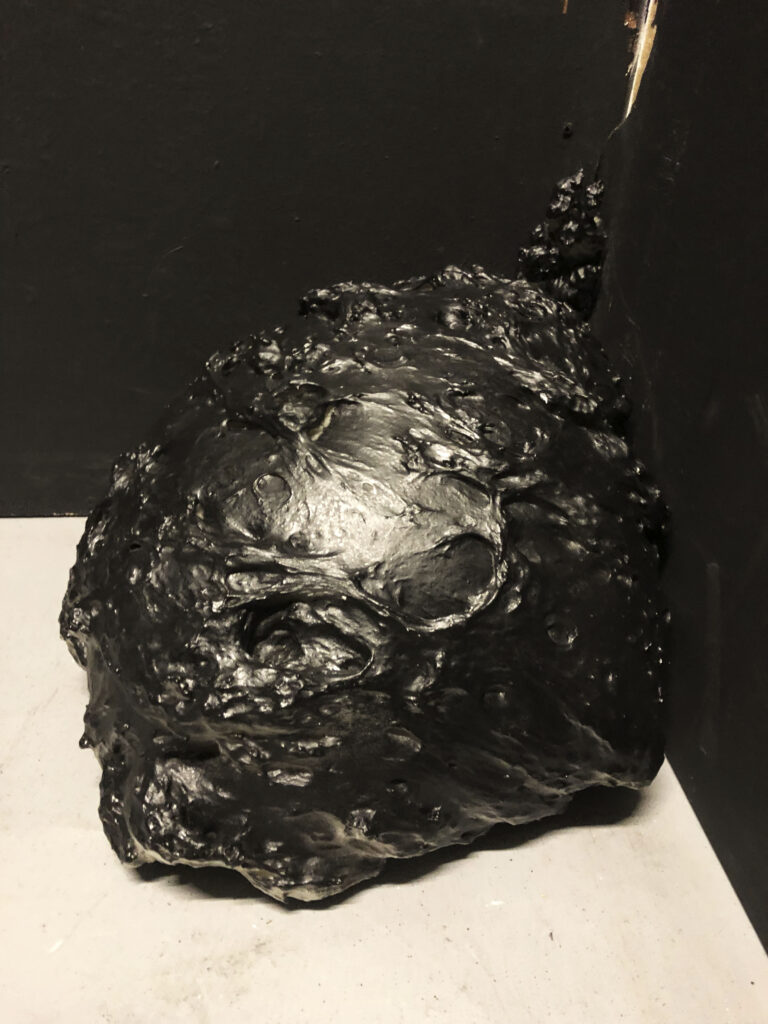 I then spray painted the forms black, representing black mould. I wanted to convey a slimy wet look for the shapes, so I went on to add a layer of varnish to create a wet look. I intended for them to look natural, yet also unnatural considering their size. 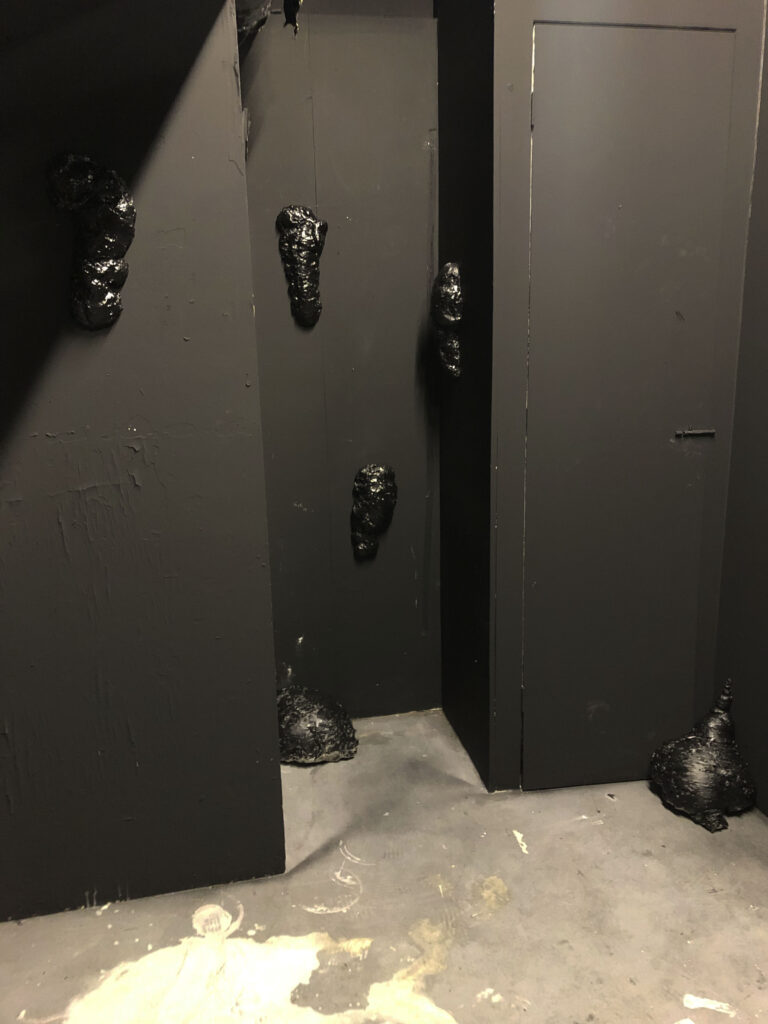 I wanted it to seem as if these black slimy objects were engulfing the space, appearing in the cracks and on the walls, imitating the growth patterns of mould.

I felt that the dark walls of IO5 worked well with this installation, adding to the mystery of the forms and subtly blending them into their surroundings.

I also photographed with the lights off, using a small light. If this were to be displayed in a gallery, a small dark, dimly lit space would be preferable. The forms took on their own shadows and the sheen was picked out by the light making them appear eerily in the dark. 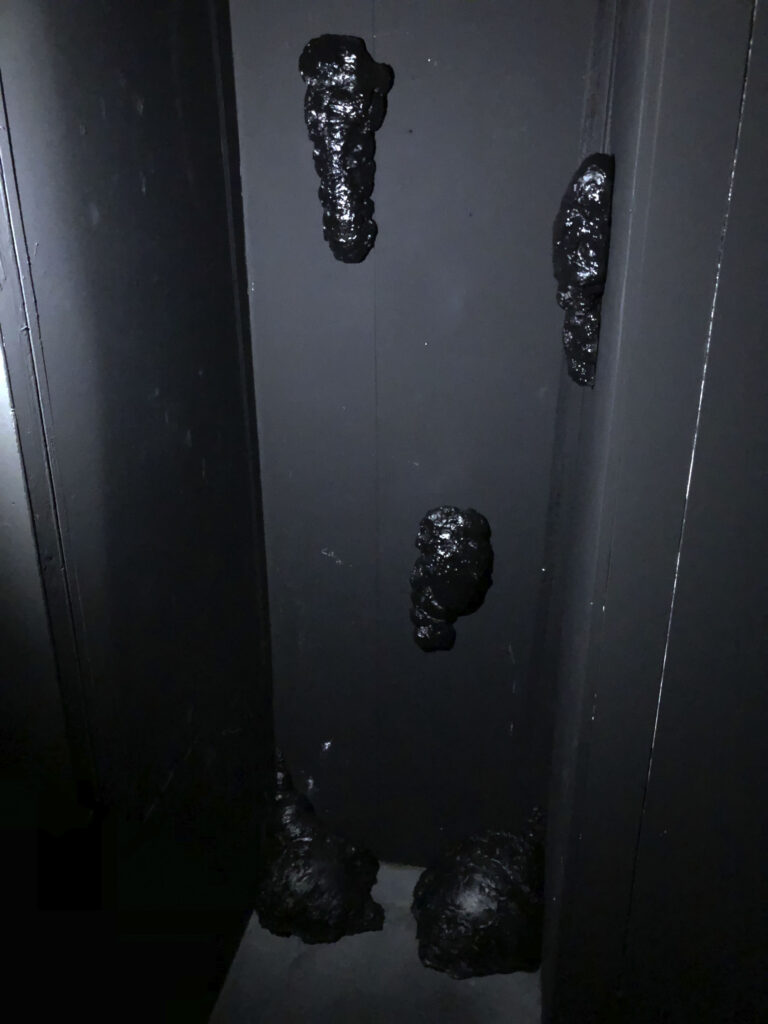 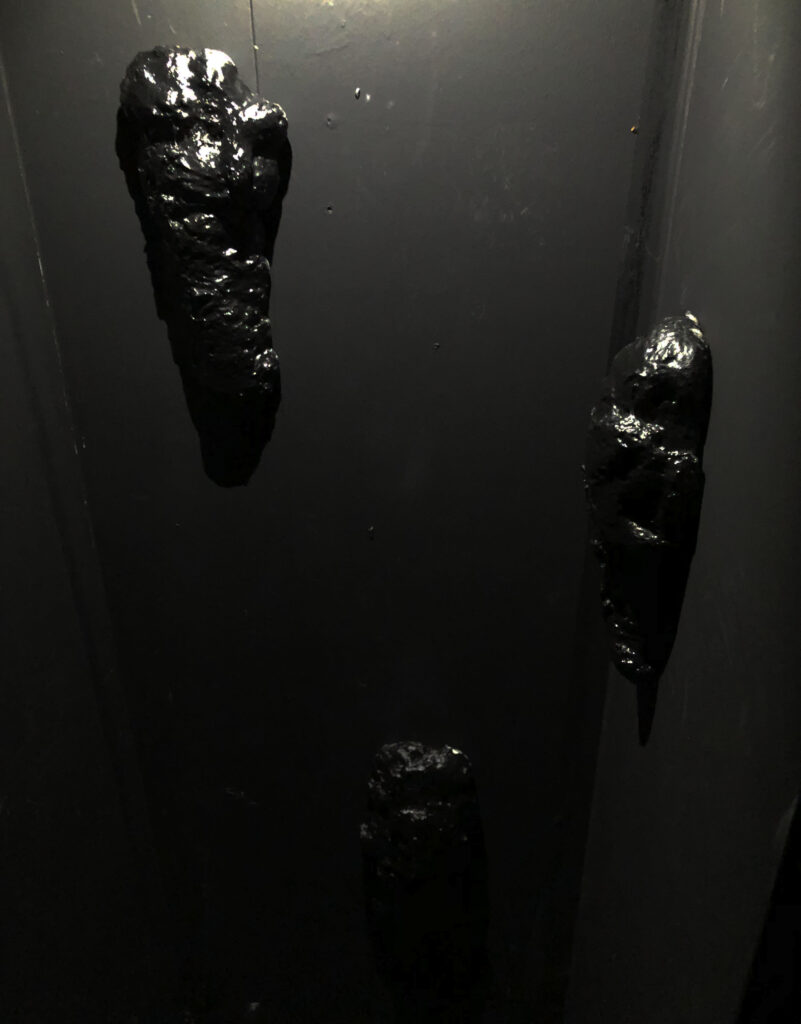 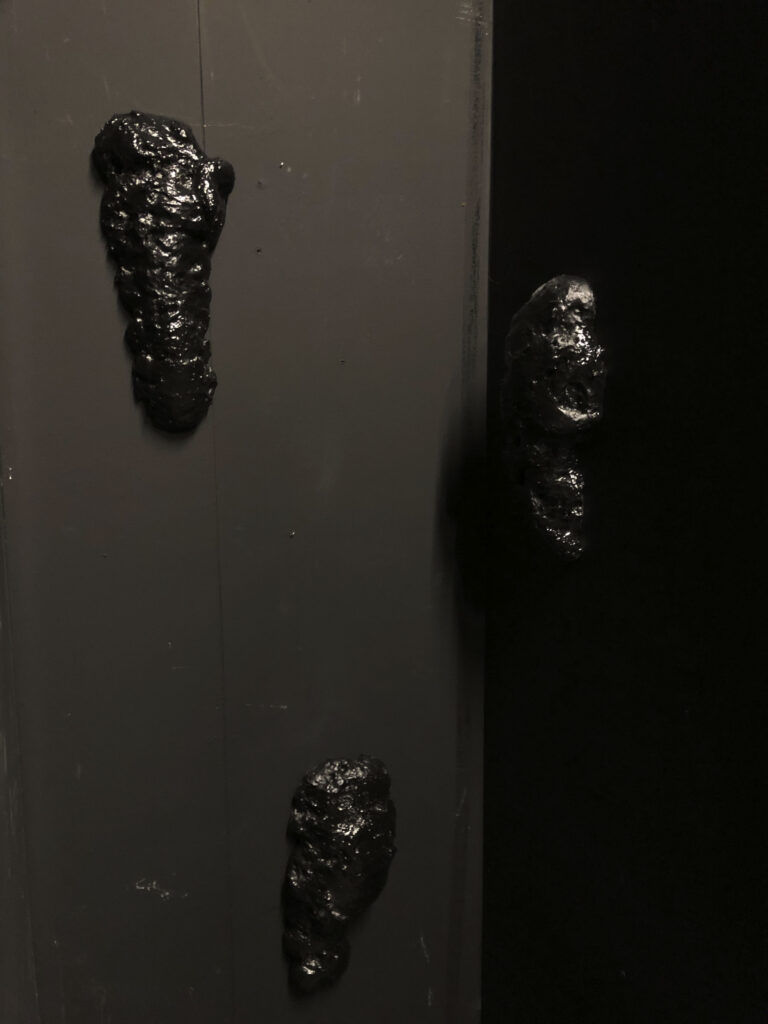 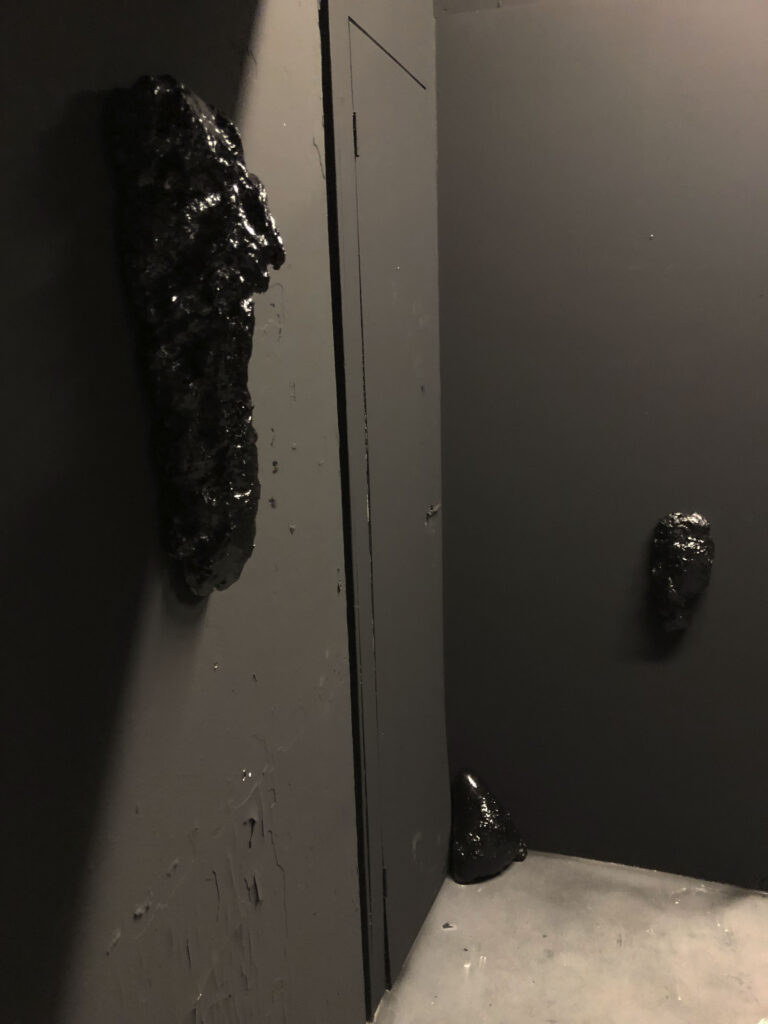 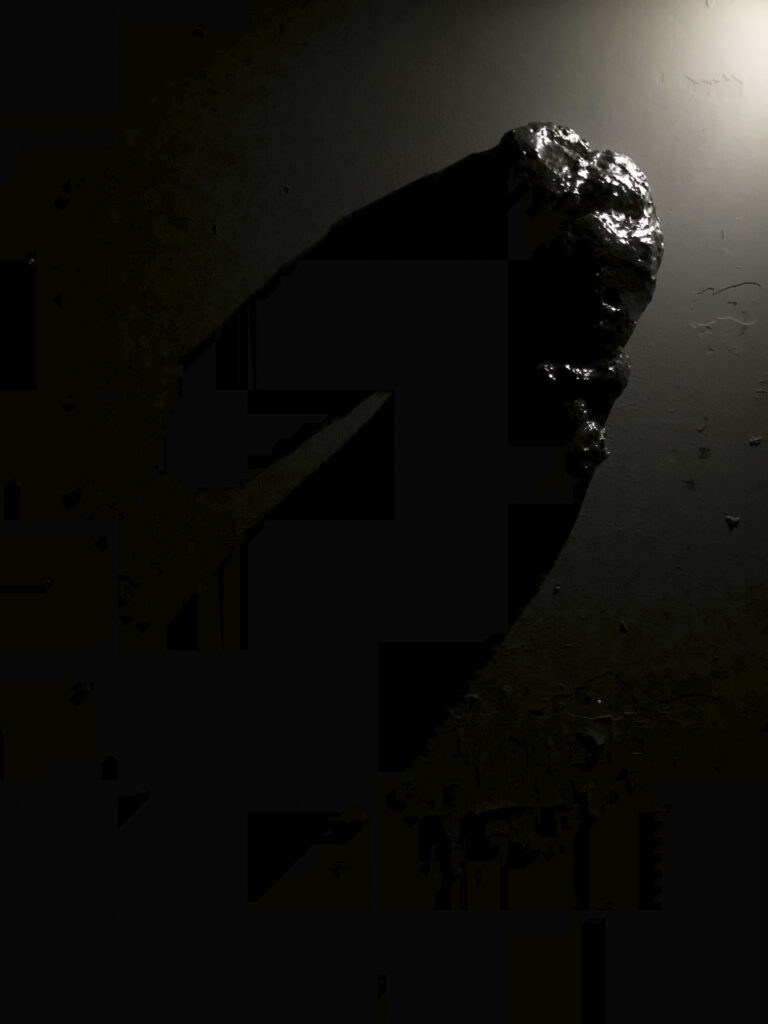 This was a new way of working for me, and one which I very much enjoyed. I didn’t overthink, or pre-plan as I usually do and I had fun playing around with a new technique and rearranging the objects within the space. It was spontaneous and adventurous and it payed off. The response was a mixture of intrigue and trepidation – people were unsure of their texture, what they were, where they would appear. This met my intentions for the piece.

Project Space 2 / Leah Wood by blogadmin is licensed under a Creative Commons Attribution CC BY 3.0
Posted on 12th April 2022 Posted in Exhibitions/Project Space