These are the scientists involved in the EIP, starting with team leader Prof. Andrew Curtis. 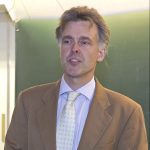 Andrew Curtis is the Professor of Mathematical Geoscience at the University of Edinburgh and leads the EIP. He teaches courses on inversion, imaging and ethics, and he researches optics that include inverse theory, imaging methods, uncertainty analysis, experimental design methods, geological prior information, machine learning, expert elicitation  and interrogation theory. 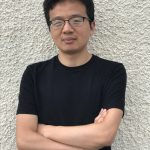 Xin started his PhD in November 2015 under the supervision of Prof. Andrew Curtis, and submitted his thesis in 2019. At present, he is working on nonlinear seismic tomography. Xin earned a Bachelor of Science degree in geophysics in 2012 and a Master of Science degree in 2015, both from the University of Science and Technology of China. During his Masters, he mainly focused on developing new methods in seismic tomography. 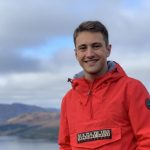 Hugo started his PhD on Imaging with Machine Learning witin the EIP in September 2019. He started his academic career with a BSc in Applied Earth Sciences at the University of Technology in Delft, the Netherlands. He then continued in Earth Sciences with an MSc in Applied Geophysics with the IDEA League network, where one semester is spent on each of the partner universities—TU Delft, ETH Zürich, and RWTH Aachen. He did his MSc thesis research with Prof. Andrew Curtis at the University of Edinburgh, where he stayed on for a PhD place. 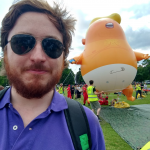 Dominic started his PhD in January 2016, joining the Edinburgh Interferometry Project under the supervision of Prof. Andrew Curtis and Dr Giovanni Meles. At present, he is working on the continued development of the practical aspects of the Marchenko method of imaging. Dominic received his Master of Physics degree in Physics, Astrophysics & Cosmology from the University of Lancaster in 2013, before spending a year working as a laboratory technician in his home town of Leeds. He then completed his Master of Science degree in Exploration Geophysics from the University of Leeds in September 2015, earning the MSc Exploration Geophysics prize for the highest overall grade point average. His Master’s thesis investigated time-lapse effects on moment tensor inversion of passive seismic data. 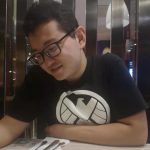 Xuebin started his PhD program at University of Edinburgh and joined in EIP in November 2019, supervised by Prof. Andrew Curtis. His PhD topic is on Bayesian Inversion using Variational Inference Methods. Before coming here, Xuebin obtained both his Bachelor’s and Master’s degrees in Geophysics at China University of petroleum-Beijing in 2016 and 2019, respectively, where he was mainly working on absorption modeling and attenuation compensation during reverse time migration. His Master thesis is “Viscous wave equation based attenuation compensation in reverse time migration”, awarded as 2019 Excellent Master Thesis at China University of petroleum-Beijing. 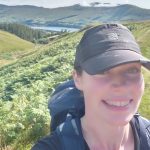 Katy graduated with a PhD in Applied Mathematics from the University of Strathclyde in 2015. She now holds a Strathclyde Chancellor’s Fellow position and an EPSRC UKRI Innovation fellowship. Her research interests include applied inverse problems and imaging, wave propagation in complex media and ultrasonics.

Corinna is a postdoctoral researcher at the University of Leeds, currently working on a project jointly with Andrew Curtis, and with Brian Baptie at the British Geological Survey focussed on devising methods to better assess uncertainties on earthquake magnitudes in operations that induce seismicity.

Richard is a PhD student working on imaging and interpretation methods for ground penetrating radar data on ice for glaciological purposes.

Eva is a PhD student at the University of Edinburgh with Prof. Andrew Curtis working to develop novel methods of velocity analysis using Marchenko methods.

Helen is a PhD student working on imaging and interpretation methods for ground penetrating radar data on ice for glaciological purposes.

The EIP is built up of different phases. The latest, phase 3, commenced in September 2019. Below the people who finished their work within the previous phases are listed.