In this post Dr Sarah Lane Ritchie offers some of her reflections on Senior Professor Michael Welker’s Gifford Lectures thus far. Dr Lane Ritchie is currently a Lecturer in Theology and Science in the School of Divinity here at the University of Edinburgh. Her reflections can be found below. 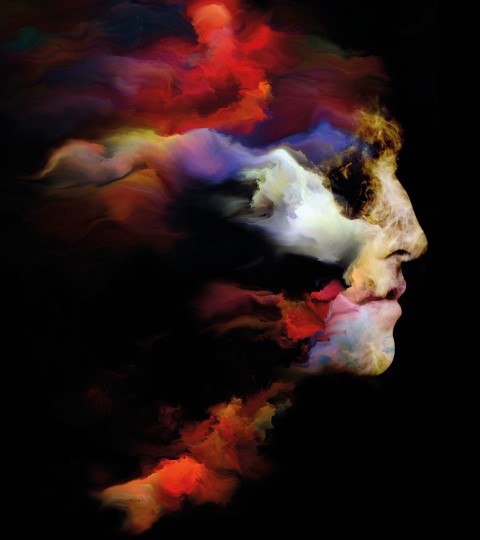 Sociocultural Analysis and the Puzzles of Discerning the Divine

Over the course of this Gifford lecture series, Professor Welker has offered an expansive, yet particular, vision of theological anthropology, one that is marked by multipolarity and multimodality. I am particularly enthusiastic about Professor Welker’s perhaps surprising choice to explore theological anthropology and the imago Dei through a sustained exploration at the level of the social and cultural. It has been all too common for scholars of religion to focus obsessively on individual capacities and functions when discerning what it means to be human, what it means to be created in the image of God. The move to examining particular and multipolar social and cultural phenomena as significant for the deepest understanding of humanity, and humanity in God’s image no less, is a welcome move that I suspect will spawn many a PhD thesis.

Even more welcome, I think, is the congruence between Professor Welker’s sociocultural focus and the natural and social sciences. If contemporary evolutionary psychology, cognitive science, and sociology are telling us anything about what it means to be human, it is that it is impossible to understand the human individual in isolation. The person in relationship with others is, in many ways, constitutive of what makes a human a human. We have evolved with instincts, predictable cognitive traits, fears, emotions, and desires that make sense only when looking at humans-in-community, as a society, and seem to have evolved precisely because of the needs of the group. There is almost an emergent quality here, where 1 + 1 = 3, where the individual moves toward altruism, or justice, or war, or peace, precisely because of the delicate interplay between personal desires and needs on one hand, and the needs and identity of the community as a whole. The nature of the individual can never be separated from the complexity and interdependence of the social organism of which it is a part. Any theological anthropology must, as Professor Welker has been masterfully describing, follow the proverbial bread crumbs of particular social and cultural phenomena, if we are to get any real grasp on the full reality of what it means for humans to be human, and for humans to be in the image of God.

But here I come to a puzzle, one of those niggling questions that eludes satisfactory or easy answers. Namely, it is the question of how we move from the purely descriptive level of sociocultural analysis to something…more. To the extent that we are invested in the natural theology project, how are we to justify our identification of divine activity and presence in sociocultural phenomena that can be described as ‘human, all too human.’ Are we warranted in signaling also to a God that is ontologically other from the created world in some definitive way? This is an honest question that I ask as someone whose work is very much ‘ground-up,’ even naturalistic in many ways – I run into this problem almost daily. Allow me to explain briefly what I mean. For many in historically Christian cultures, it has been natural and easy to see God’s hand, even the image of God, in the historical movements, cultural traditions, and social structures that frame and form our lives. But does this change when we take into account the post-Christian and post-modern milieu in which so many of today’s potent, seemingly spirit-filled movements are occurring? When I look at Black Lives Matter, or the #metoo movement, the protests in Hong Kong, I find myself wondering how the young activists involved in bringing about justice, freedom, and peace (many of whom would explicitly reject Christianity, and often understandably) would feel about being told that their blood, sweat, and tears was in some way the Spirit at work in them? For that activist, how do we cross that bridge between the very this-world forces and passions and actions in which they’re engaged, and the possibility of a God worthy of the name?

Another way of looking at this is through the lenses of naturalistic explanatory models in cognitive science, anthropology, and evolutionary psychology. We live in an age where we have available to us plausible scientific explanations for even those human propensities that we most value: love, freedom, justice, peace, altruism and sacrifice. Each of these has attracted the rigorous scrutiny of scholars, and we have good reason to believe that each has evolved as a natural feature of human cognition and social groups for identifiable ends. And, these seemingly innate tendencies are contingent: they could have been otherwise, would have been otherwise, if our evolutionary journey had included slightly different twists and turns. They need not be static descriptions of an unchanging human nature.

In his book Minds Make Societies, Pascal Boyer writes that “there is no good reason human societies should not be described and explained with the same precision and success as the rest of nature.”[1] His is a naturalistic picture that stretches the limits of the compatibilist approach to science and theology, a compatibilism to which I would subscribe. Boyer is clear on this point: there are biological, evolutionary, even reductionist explanations for all the higher-level processes and social phenomena that we experience. He writes that his goal is “simply to demonstrate that there are indeed scientific explanations for particular social phenomena. Then, the philosophy will follow the science, as it usually does.”[2] (If Boyer’s words here cause a sharp intake of breath, it is likely that this is exactly the intended effect).

Predictably, I would reject Boyer’s reductionistic conclusions. But herein lies the rub. It is one thing to affirm a compatibilism in which scientific descriptions of social phenomena are seen to be consistent with theistic commitments to a God who has created humans in the divine image. But what do we do when we are confronted with accounts of human mentality, social movements, cultural and religious phenomena, and moral commitments that explicitly reject any teleological dimension to the explanatory story. And what do we say when agents of change, the individuals on the ground effecting powerful transformations for peace, justice, and freedom, ask us how and why one needs to include a transcendent other into the mix at all? How do we avoid merely offering a theological overlay to perfectly explicable social and cultural movements? Is there a place and time for us to point to the transcendent, to the ontologically other, precisely because of the multimodal and and multipolar dynamics we see hints of at so many levels of the world around us?