Feminism and the authoritarian states – the cases of China and Brazil

Leta Hong Fincher’s Betraying Big Brother is a simultaneously inspiring and alarming reading for attentive Brazilians. The author takes us through the life stories of a group of feminists in China, how their personal struggles led to their political awakening, their activism and the government’s attempts at suppressing their voices. It is a very refreshing portrayal of Chinese women, too often represented as plain, passive and accommodating; at the same time, it shows a pattern for suppression of dissenting voices that rings many bells for people living in other authoritarian contexts.

One of the points Leta makes is how the internet enabled the organisation of women’s movements in the recent years, initially without major resistance from the government: “Despite intrusive censorship, the rise of China’s new generation of feminist activists was inextricably linked to the explosion of Weibo in 2010 and WeChat in 2011. […] The internet provided space for them to explore ideas with more freedom than many of their workplaces and homes, and also allowed like-minded women throughout the country to find one another.”

In Brazil, too, the internet has been playing an important role in the dissemination of feminist thought, with many shared issues, such as violence against women, workplace discrimination, and sexual harassment. Unlike China, in Brazil there is no wide governmental censorship of online content, but women are disproportionally targeted with online violence, putting feminists under increasing threat. Although this is certainly not part of official state policy, one could argue that the current political moment seems too encouraging of that kind of harassment: even before the election cycle of 2018 was finished, a very successful Facebook page organised by women against the eventual winner of the presidential race was target and taken down for a few days, not before having its name changed in order to feign support for the candidate.

Too often, Feminism is not perceived as a proper political movement, and for a while Chinese feminists played with that to bypass state control. Initially, the movement was made up mostly of university students and other highly educated women, with a strong focus on violence against women. Progressively, as they gained visibility, coordinated offline performances and organised with layers to defend worker’s rights, they suddenly seemed much more defiant of the government – especially since Xi Jinping came to power.

Leta describes how the image of Xi Jinping, initially built by state media and supposedly largely embraced by the Chinese people, is deliberately based in both hyper-masculinisation and an attachment to family values. He is simultaneously presented as a militarily powerful man and lovely model husband every woman should aspire to engage.

If You Want To Marry, Marry Someone Like Xi Dada

The name of the song above refers to Xi Jinping as Xi Dada – Big Daddy Xi, as Leta translates it, supposedly an endearing nickname used by Chinese people and state media to talk about their leader. The reference to a familial relationship is not poorly thought: the traditional family is fundamental for the Chinese government. The country is a “family-state under heaven” (jiaguo tianxia)” – and as such, the role played by women is fundamental to managing that family.

That is not at all unlike this moment in time in Brazilian politics. The current president was elected after a campaign light in proposals and strong in the reinforcement of conservative, religious-based values that praised both the traditional family and a very caricatural idea of masculinity, of which Bolsonaro was a model: from his everlasting gun gesture to his much younger wife. His popular nickname, though, is much more messianic – The Myth.

The myth has arrived

Observing the fan-art that illustrates the fan-made video above, one may think of the place reserved for women in such family-forward states. In her book, Leta reminds us how control of women has been a constant through Chinese history, the most glaring example of that being the one-child policy that for decades meant forced sterilisation and abortions. Because of the decline in births over time and its consequences for the economy, in 2016 a two-child policy was adopted, now pressuring women into having 2 babies. Despite the failure of the policy in increasing births to the level expected, it seems that a three-child policy is soon to be enacted, as hinted by the release of a 3-kid family of pigs on the 2019 commemorative stamps for the year of the pig. Not much has been done in order to support working mothers, and much effort seems to be put into convincing women they would be much better off at home. 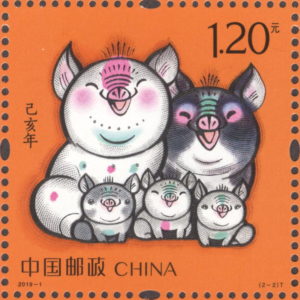 When the state has such strong positions on how women should behave and what constitutes proper femininity, it only makes sense that feminists and LGBTQ activists will be persecuted, with their speech and NGOs suppressed. Looking at Brazil again, we can see the same symptoms, this time directly from the government. The most flamboyant, and yet very consequential, example comes from Damares Alves, chosen as head of the ministry for Women, Family and Human Rights.

Damares is an evangelical pastor in charge of a brand new ministry responsible for taking up work previously done by smaller, specialised institutions focused on policies for women, family, human rights, the advocacy for racial equality, prevention of torture and others. Damares has been a prolific meme generator, either gleefully chanting that “boys wear blue and girls, pink”, or carelessly declaring that in an ideal society women would stay home with their children. According to her, Brazil is entering a new era.

There is a strong disagreement between concerned Brazilians whether those declarations are just smokescreens or should be taken at face value. But this requires ignoring the consequences of the already realised amalgamation of women’s issues with family issues in a single ministry, which hints at even more control over women’s reproductive rights in a country where sex education is poor and access to legal abortion is virtually inexistent. At the very least, advancements for women’s rights will be halted for the next 4 years. In a less hopeful perspective, this government would materialise their campaign promises, such as eliminating any form of activism and all leftists. In the present, NGOs are being monitored, and the LGBT population is no longer mentioned in the text of public policies for human rights.

Nothing can threaten the traditional family, neither in Brazil or in China – the government will make sure of that.

In spite of all that, Chinese feminists resist. Two things have been fundamental for the maintenance of their activism: courage and strategies to keep going and evading censorship; and the support from wider sections of the society. Because so much of their activism involved mobilizing for worker’s rights, they had popular support in many critical moments of their fight. The second point is becoming specially important: Chinese companies have aimed at monetising the growing feelings of empowerment among women. They amplify its individualistic aspects, making it less political and therefore less threatening to governments – not too different from what has been happening in the west.  But in the conclusion of her book, Leta presents us with some relief for that: “Yet Lü Pin argues that the new corporate interest in feminism in China might, paradoxically, help keep the political movement alive. […] ‘When the government wants to silence us, [corporate feminism] may help us to get our message out and expands the space for the discussion of women’s rights.’ She cites a Chinese idiom: ‘The pond that is too clean has no fish” (chi zhi qing ze wu yu), which she takes to mean that a movement cannot survive if it is too ideologically pure'”.

We Brazilian feminists should take notes.

Feminism and the authoritarian states – the cases of China and Brazil / burning the midnight data by blogadmin is licensed under a Creative Commons Attribution CC BY 3.0

What do digital sociologists mean by “socio-technical”?