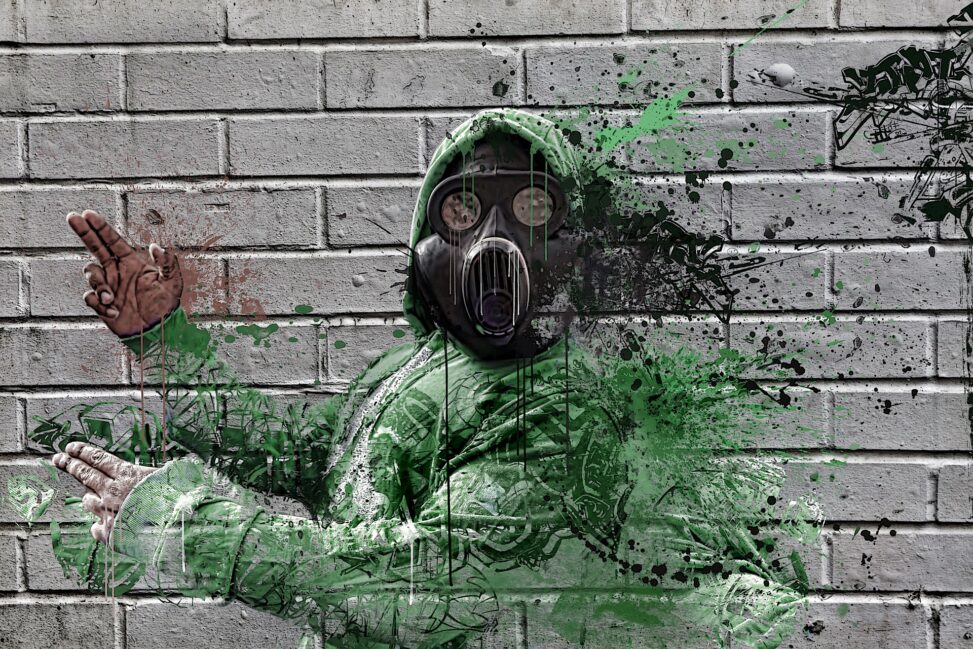 “By the time the asset came around there could only be one avenue I wanted to explore. The need to improve planetary health and building back a wellbeing economy. If we do not change our ways, we may not be as lucky the next time. In choosing what to present for the asset, I had to consider what would create the biggest impact. My initial thought was a presentation, to show why we need to work together moving forward, with everybody in mind. However, I decided this would not be creative enough for the target audience, to keep their attention. Through my first two blogs I focussed on the need for unity, to help more than just our individual societies. My focus then became a way to warn of the problems that could lay ahead, should we not work together to change our ways.

I decided on a letter from the future. It was initially quite liberating to plan a more creative piece, but I soon ran into a few problems. Unfortunately, I cannot merely present an extreme prediction of the future without making it relevant. To do so would miss the point of the asset entirely. I had to make the story entertaining enough, whilst also sticking to what was learnt within the course. I believe I have struck enough of a balance, although not straying too far into the realm of fiction for entertainment purposes was challenging. I am quite proud of the title and the ending, hopefully the bit in between is not too bad either. The account I give of the future is unlikely, although I hope it will help people to remember how quickly things can change.

I chose a business degree because I believe we can change things from the inside. I believe in the good of people, although I believe we are easily distracted. Hopefully, my asset can be a story of things that never were, instead of a warning to change should we take the wrong path. It looks as though we will be lucky enough to have another chance, whether we deserve it or not, and we cannot let this crisis go to waste.”

It has been 64 years since the virus that began it all. I am writing now to warn of the future that awaits you. As I stare from my window within the citadel, at the barren landscape that exists outside the vivarium we inhabit, I feel duty bound to do so. Our satellites show a very different world to the one you know. They show crumbling cities, overgrown with wildlife. Plants and animals have taken over much of Earth’s surface. There are pods, packs, and herds the size of which had only been known by folklore, it is truly marvellous. The fact it is too late to heed this warning, and change that, is the only solace I find in our situation. Let me explain how it came to this.

The separation of people across the globe, through different ideologies, socio-economic backgrounds, and political views, was well established. Still the want for separation grew stronger. Your politics was divided, your people were divided, your quality of life, divided. There were inequalities rooted deep into the foundation of your societies. The virus did not care about your politics. The growing systemic problems did not care about your inequalities. But separate you continued to do. It was supposed to change when you cured the virus, it was another chance to move towards a better future. But you could not change.

For your entire existence it was Us vs Them. People vs People. No matter what got in your way. In the end it is Them vs You. The World vs People. And you are losing. Deservedly so. You allowed Capitalism to spread the world over. Yet the playing field was not even. Corrupt countries made sacrifices to benefit the wealthy, and the poor carried out their dirty work, just to survive. You tried to play God. And it backfired. Developed countries pledged to do their part in helping the environment. You were supposed to be carbon neutral 14 years ago now. You succeeded. Congratulations.

In early 2021, a vaccine for the COVID-19 virus was mass produced and purchased by many governments. A euphoric sigh of relief was felt across the globe. The most powerful nations received it first. It was a quick turnaround. The state of stagnation experienced for a year had ended. Life was back to “normal”. People vowed to care, be conscientious, and never take their life for granted again. And they stuck to this promise, for a while. In the years that followed there was a slow regression back to ways of old. People turned a blind eye for the comforts they had become accustomed to.

Economies went into overdrive, making up for the monumental debts placed upon them. In the West it was believed “hard work will get us back on track”. Air travel made a huge resurgence. The Paris agreement was pushed back, to accommodate for the recovery. But not all countries were able to recover. In many of the less developed countries famine became a real threat. Children were taken out of school to work, and in many cases, beg. In the West it was perceived to be too hard to help others whilst rebuilding their own economies. There were mass migrations as desperate people fled for a better life. They were met with force.

COVID-19 never really went away. Under-developed nations were not able to administer vaccines to everyone. Those who had not been vaccinated were looked down upon and shunned from society. They were pushed to the fringes and left to survive without welfare. Ironically, the most isolated now have the highest quality of life. As a species you were too focussed on growth without addressing the problems building. You continued to participate in unsustainable acts. And you were punished. We were punished. There was no contingency plan when the second virus hit.

As the temperatures continued to rise, wildfires in the California area became commonplace. Many of the locals left, moving north to cooler climates. San Francisco and Los Angeles became ghost towns. Only the stubborn remained. It is believed an animal displaced from the wildfires encountered a rancher’s cattle, and in turn passed a pathogen on to a human. The resulting virus stayed dormant in people for much longer than the COVID-19 virus. In a similar fashion to HIV it could take many months to show symptoms, by which time it was too late. “The America Virus” spread as fast as the wildfires that caused it.

Scientists scrambled to understand what was happening, but it was too late. Many tried to isolate, but the virus had been circulating for months before any showed symptoms. You were not able to react this time, the underlying risks you ignored had far deadlier consequences. The hospitals were overrun within weeks, many had to close. People stopped going to work for fear of the virus, and the looting began. Anarchy ensued. Prolonged power cuts were experienced by major cities. Developed countries became as desperate and desolate as those they refused to help. And the virus continued to spread. Small island nations were hit one by one until only a few small islands were left untouched. The most populated nation is now Indonesia, with their many small islands. Their way of life largely unchanged.

It is not known when people can return to the mainland, and to what degree the virus is still present. The warning signs had been there time and again. People were aware of the potential dangers caused by human interaction with wildlife. Many pathogens had come before, and COVID-19 should have been enough to deter people from continuing these behaviours. But the need to go back to the way things were allowed these sacrifices to be made. And the human population had to pay the ultimate sacrifice. Earth has a way of balancing herself out, nobody should believe they are bigger than nature. At least the inequality is over now.

I was one of the “lucky” ones. My father managed to get us to safety in time. We escaped the suffering of the virus but replaced it with a life of confinement. We started as a community of 100 and have grown to 3000. My father passed nearly 20 years ago now. And tonight, on the anniversary of his death, all the lights in the citadel have been turned off, to gaze upon the beautiful world that we came from, as blue as a sapphire, flickering in the nights sky. If only we had another chance to appreciate your beauty. If only we could go back. The Earth gave us everything we needed, and still we wanted more. We were given many chances to change our ways before we were expelled like the virus we had become. If only we could get another chance. I know we could get it right.

Note: When assets did not have an obvious image available to represent them, and where the student did not wish to have their image included as part of the showcase, we have occasionally selected images from other sources, including Pixabay, for which we are very grateful.

Cameron Glass / EFI Student Exhibitions by blogadmin is licensed under a Creative Commons Attribution CC BY 3.0